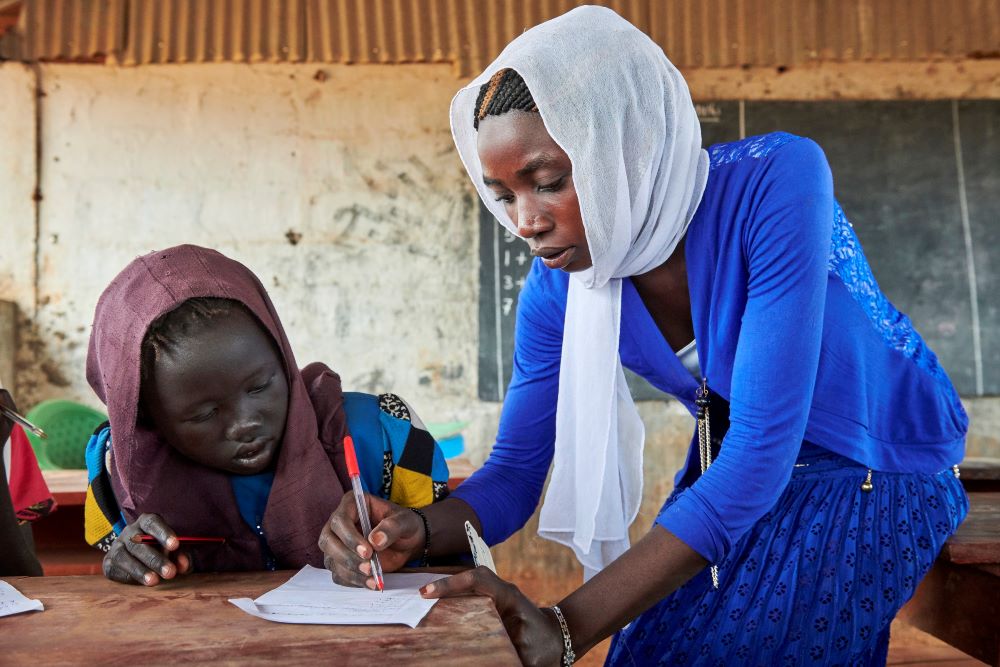 Basamat Alnoor Jakolo Aldabi teaches school May 7, 2018, in the Kaya Refugee Camp in Maban County, South Sudan. She received teacher training from a program sponsored by Solidarity with South Sudan, which has a partner in U.S. ministry, Friends in Solidarity. (CNS/Paul Jeffrey)

Friends in Solidarity, the U.S. partner to the ministry Solidarity with South Sudan, has announced the launch of a legacy fund thanks to a major gift from the Our Lady of Victory Missionary Sisters, who are moving toward the end of the congregation.

The new fund — the FiSolidarity Legacy Fund — "is focused on making sure that support is in place" for ongoing work by Solidarity with South Sudan, the collaborative 14-year-old ministry in South Sudan formed and run by female and male religious.

In an Oct. 19 announcement, Friends in Solidarity said the Our Lady of Victory Missionary Sisters' congregation has "a heart for the poor and oppressed. As they move toward historical completion of their congregation, they have chosen to share their resources with organizations that mirror their mission and vision."

In the statement, Sr. Mary Jo Nelson, former congregational leader for the Our Lady of Victory Missionary Sisters, said the leadership team's "growing consciousness of our global world and global sisterhood make this international effort of all religious very important. It is all about leadership and pastoral formation, which we have been about (for 100 years!)."

She said Solidarity with South Sudan is worth supporting because it "is a very difficult ministry because of the instability in the country. There was no reason for us not to do this. It is a 'missionary ministry' that fits our charism and values."

Friends in Solidarity is "grateful to be a recipient of this generosity," the statement said. "This gift will honor the ministry of the OLVM into the future, among the impoverished people of South Sudan. Building the capacity of South Sudanese to assume responsibility for the work initiated by religious women and men from around the world is a long-term commitment."

Among the ministries Solidarity supports is the Catholic Health Training Institute in Wau in northwestern South Sudan. 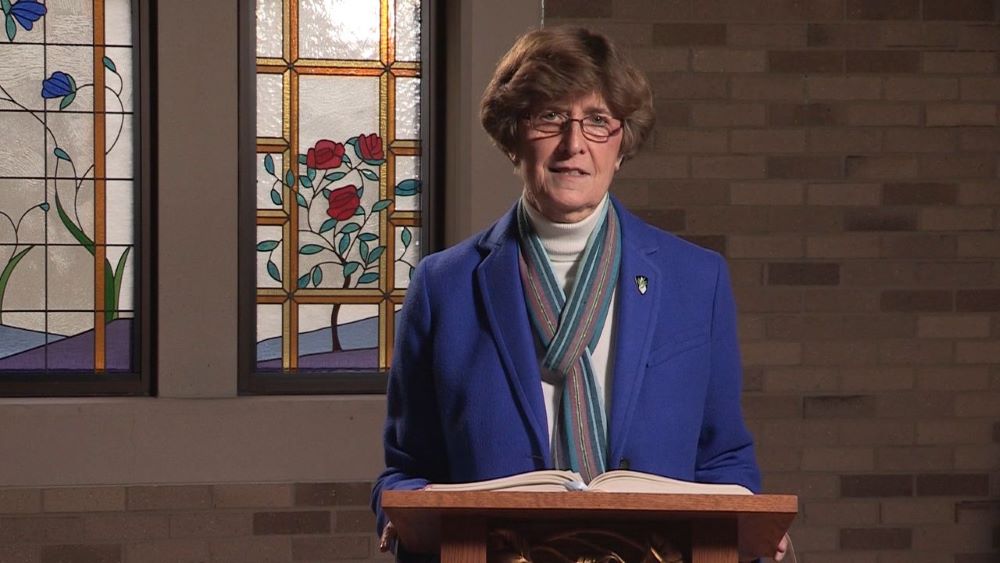 In an Oct. 7 statement, FutureChurch said the series of three books, a project of Catholic Women Preach, focuses "on the readings for Sundays and other feast days [and] offers an invaluable resource for weekly meditation, an inspiration for homilists, and an aid to enriching the church with diverse voices and experiences." 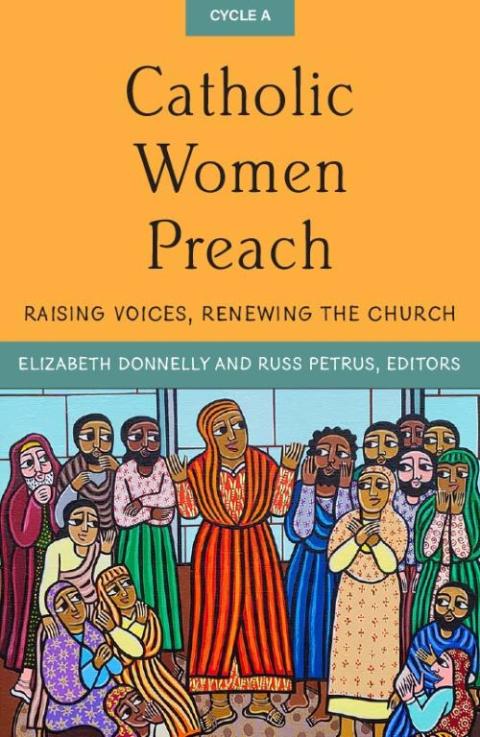 In a statement, FutureChurch noted that while the rules of the church "may officially bar them from offering a homily at Mass ... Catholic women can and do preach. Moreover, their preaching contributes profoundly to the common life of all the People of God — laity and ordained alike."

With the publication of the first volume, "it is easier than ever for all the faithful to access, lift up, and celebrate women's wisdom and witness," the statement said.

The first volume is available in time for the beginning of Cycle A of the liturgical calendar, which begins in Advent in November, the announcement said. The first volume is co-edited by Elizabeth Donnelly, preacher coordinator for the Catholic Women Preach website, and Russ Petrus, the site's production and content manager, and includes a foreword by Dominican Sr. Barbara Reid, a leading scholar in feminist biblical interpretation.

Related: Sr. Simone Campbell and 16 others receive the Presidential Medal of Freedom

Of the 64 contributors, 24 are women religious.

He noted that Catholic Theological Union has a Sunday Scripture Reflection series that includes women's participation, while the Boston College School of Theology and Ministry has launched STM Scripture Series, which features students — many of them women.

Outside the digital space, Petrus said "many women preach in a liturgical setting where their expertise, life experience, and relationship to the community calls for it. Women religious often preach in their own communities, religious educators during school prayer services, pastoral leaders/parish life coordinators and campus ministers."

As the number of ordained priests continues to decline in the United States and other parts of the world, Petrus added, "more and more communities are finding ways for laypeople, particularly women who often serve in these pastoral positions, to break open the Word."

The launch will be at 8 p.m. Eastern time Oct. 25. The event is free, but registration is required. Click here to register. An in-person launch is planned for Dec. 7 at Catholic Theological Union's Bernardin Center in Chicago. 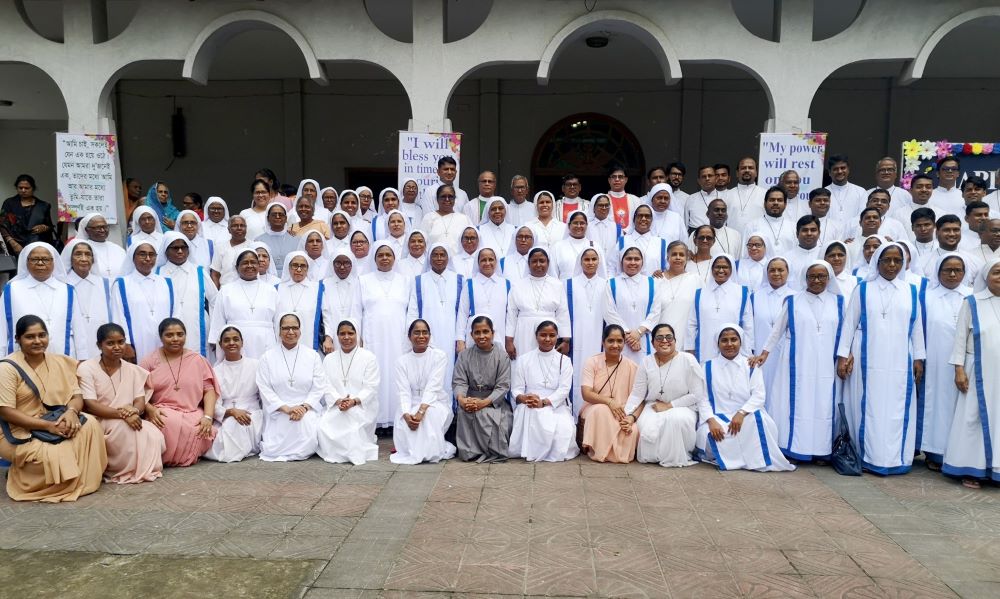 Priests, nuns, brothers and parishioners pose for a photograph Oct. 14 during the Oct. 13-14 reunion at St. John the Baptist Parish in Toomilia, Gazipur, Bangladesh. (Courtesy of Liton Rozario)

Approximately 70 Catholic sisters of St. John the Baptist Parish in Toomilia, Gazipur, Bangladesh, part of the Dhaka Archdiocese and located just north of the capital, gathered Oct. 13-14 to boost the cause of religious vocations.

About 400 parishioners and 40 priests and religious brothers joined the sisters.

Fr. Albin Montu Gomes, a Toomilia parish priest, told GSR that religious and clergy wanted to reunite all sisters, priests and brothers with ties to the parish.

Boosting religious vocations and religious life was a goal of the reunion, as was increasing "the unity among Catholics of this parish."

Seeing and interacting with large numbers of religious could inspire teenagers and youth "to join in religious life, too," Gomes said.

By participating in the reunion, he said, parishioners could also be inspired to encourage their children to join religious life.

"Nowadays, most of the youths are busy with the virtual world. Such kinds of gathering of religious people have touched their hearts," Gomes said.

Among those speaking at the event was Sr. Mary Arpa, a member of the Associates of Mary Queen of the Apostles. She said it was inspiring to see so many religious at the reunion.

Arpa spoke of the beauty of religious life.

"You need to be a good human being with good values," she said. "If you can acquire it, you will do better in the future if you form a family or become a religious."

Sr. Mary Shadhona, another member of the Associates of Mary Queen of the Apostles, told GSR that her 55 years of religious have been full of great joy and noted the reunion was the first of its kind for her.

"This reunion was very significant for me. Parishioners brought homemade cakes for this program. They showed us respect and love," she said. "This program helped to do stronger unity of faithful. This is how one day I hope this parish will be a model parish in Bangladesh."

Young people said they were inspired to see living examples in their parish, and many of them also want to join in religious life in the future.

Tonny Corraya, 16, told GSR that she felt inspired after meeting so many sisters.

"In my mind has grown a desire to be a missionary nun in the future," she said, adding she would join a formation house after completing her secondary school certificate examination.

St. John the Baptist Parish was established in 1844 and now has more than 6,000 Catholics.

Dawn Araujo-Hawkins, who was a staff writer for Global Sisters Report from 2014 to 2019, won honors from the Religion News Association for her reporting on sex abuse by sisters that appeared in GSR in February 2021.

She won third place in the Gerald A. Renner Award for Excellence in Enterprise Religion Reporting for her two-part series, which examined the struggles of sex-abuse survivors and efforts to push sisters' leadership groups to do more to handle abuse allegations in women's congregations.

Araujo-Hawkins is currently news editor of The Christian Century.

The Religion News Association is a professional organization that promotes reporting on religion in the U.S. news media. The awards were announced Oct. 19 and honor work published or broadcast in the 2021 calendar year.

[Sumon Corraya contributed to this Monday Starter from Dhaka, Bangladesh.]