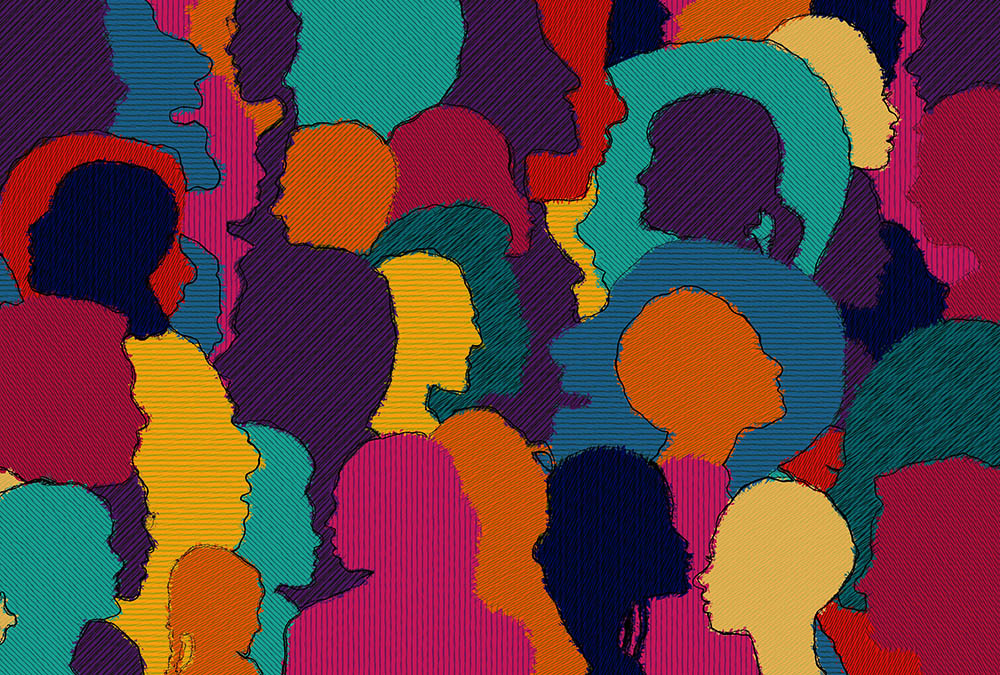 Global Sisters Report's Monday Starter is a feature from GSR staff writers that rounds up news from or about women religious that you may otherwise have missed.

A new $250,000 grant from the Conrad N. Hilton Foundation will help the National Religious Vocation Conference expand its intercultural efforts in communities of Catholic sisters, brothers and priests.

The grant will further the conference's strategy "of increasing awareness of cultural patterns and to encourage cultural humility and harmony in religious communities," the National Religious Vocation Conference said in a Jan. 6 statement.

"Communities of sisters, brothers, and priests are affected — positively and negatively — by cultural mindsets that play out in daily life, worship, ministry, and new-member incorporation," the statement said.

The Hilton grant will allow the Chicago-based conference to host a series of workshops and consultations for organizational leadership and members through 2025, the National Religious Vocation Conference said. The grant will also be used to publish articles and develop resources to help promote intercultural efforts. (The Conrad N. Hilton Foundation is the primary funder of Global Sisters Report.) 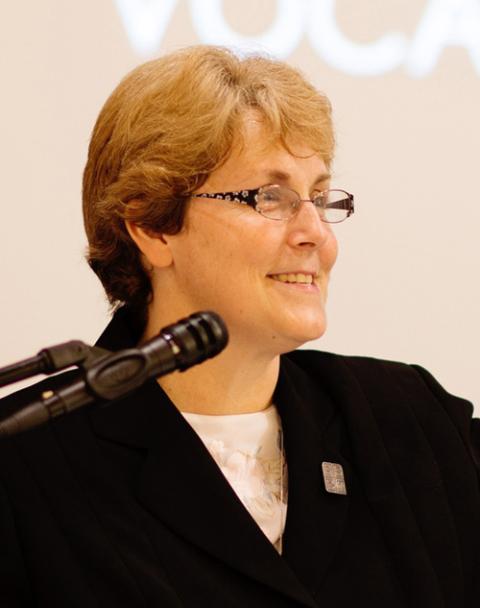 Sr. Deborah Borneman, a Sister of Sts. Cyril and Methodius (Courtesy of NRVC)

"As America grapples with racial justice amid increasing multi-ethnicity, so too do churches — a reality reflected in [the] grant," the statement said, noting the need to address issues such as microaggressions and unconscious bias.

"Anti-racism and intercultural humility are lifelong pursuits for the NRVC and the entire church," said Sr. Deborah Borneman, a member of the Sisters of Sts. Cyril & Methodius and director of mission integration for the National Religious Vocation Conference.

"Since our mission is to 'set the world ablaze with the fire of God's love' via Catholic vocations, we need to consciously work at eliminating and healing all forms of racism in ourselves and our religious communities," Borneman said in the statement.

The National Religious Vocation Conference is an organization of nearly 1,000 members representing more than 300 religious institutes and organizations in 20 countries. Its mission is to serve as a catalyst for vocation discernment and the full flourishing of religious life.

After serious flooding in the Appalachia region in the United States, Ursuline Sr. Larraine Lauter, the executive director of the Kentucky-based ministry Water With Blessings, says the group is expanding full-scale distribution of water filters to assist those who need access to clean water.

A partnership with the nonprofit Feeding East Kentucky will support a full-time paid coordinator who will oversee a mobile distribution program of water filters. A new Ford Ranger truck "acquired at a generous price from a WWB volunteer" will also be part of the distribution, Lauter said in a Jan. 15 email news alert. 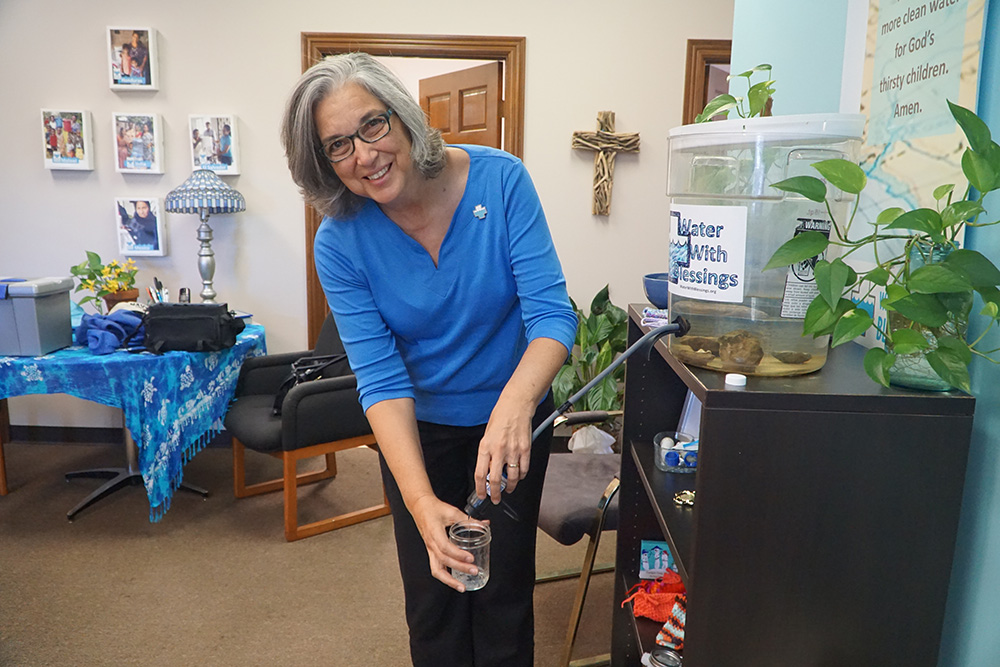 Volunteers, she said, "will be out and about in the mountains bringing the much-needed gift of Sawyer filters to those who continue to live" with the aftermath of flooding in eastern Kentucky in mid-2022. The flooding in the state killed more than 40 people.

Later this week, Bishop Michael Duca of Baton Rouge, Louisiana, will break ground with other dignitaries on the future site of a planned two-story, 14,574-square-foot novitiate house for the Mercedarian Sisters of the Blessed Sacrament.

The Jan. 26 event at the Cypress Springs Mercedarian Prayer Center in Baton Rouge is an important step in a project that is expected to be completed in December, the congregation said.

In a Jan. 9 statement, the congregation noted that while "fewer young women are attracted to a life of meditation, chastity, prayer, and devotion to Jesus Christ and Blessed Mother Mary, vocations are growing abundantly within the community of the Mercedarian Sisters of the Blessed Sacrament."

Currently, the congregation has five postulants and six novices in formation. Because of expected growth in vocations, the Mercedarian Sisters' new novitiate house will have 18 bedrooms to accommodate 36 novices.

"Within the Mercedarian Institute, novices spend their days in prayer, study, and learning to live in community," the congregation said. During the two years spent as a novitiate, the women learn to live "according to the rule of the Mercedarian community." After the period of formation, the novice takes first vows of poverty, chastity and obedience.

The estimated total cost to build the novitiate house in Baton Rouge is $5.2 million. To date, $2.7 million has been raised toward the project.

Italian sister among candidates for sainthood

An Italian sister who lived in the 17th century is among six candidates for sainthood that the Vatican announced Jan. 19.

As reported by OSV News, Sr. Maria "Diomira" Allegri, a member of the Congregation of Sisters Established in the Charity of the Good Shepherd, was born in Italy in 1651 and died in 1677 at the age of 26. 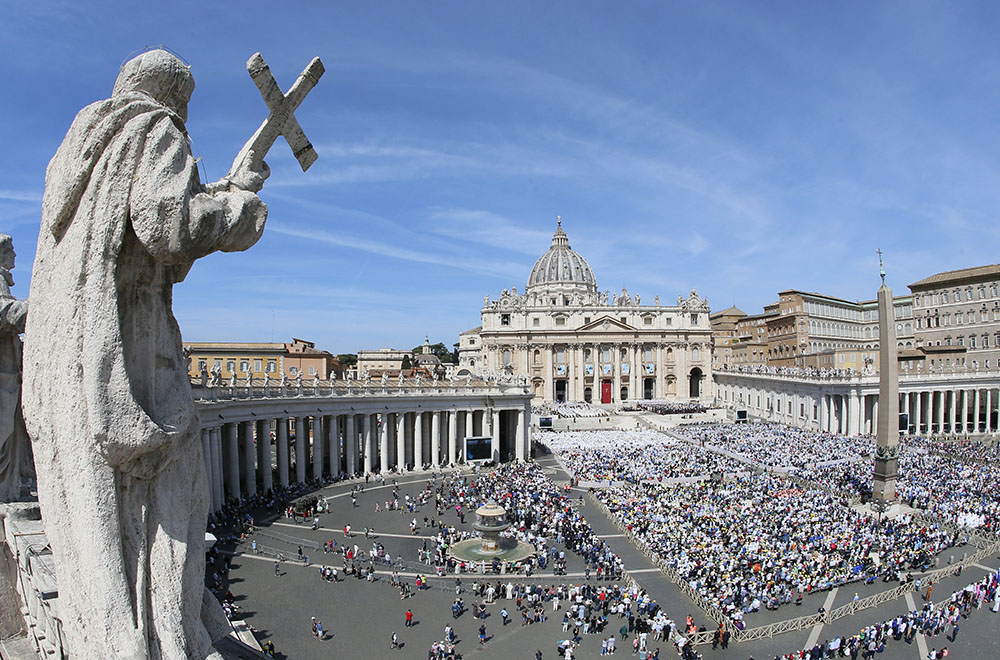 Pope Francis celebrates a canonization Mass in St. Peter's Square at the Vatican in May 2022. (CNS/Paul Haring)

The OSV News report said Allegri "sought God's will in prayer and serving others. Tradition holds that when she was 7 years old, she survived a devastating earthquake when a young boy appeared in her room and put her in an outdoor courtyard as her house collapsed."

Pope Francis advanced the sainthood cause of Allegri and five others in signed decrees recognizing "that each of the six candidates heroically lived the Christian virtues," OSV News reported. "Beatification will require a miracle attributed to the candidate's intercession, and canonization — a declaration of sainthood — will require an additional miracle."

Among the others cited were poet-priest Spanish Fr. Miquel Costa i Llobera, who was born in 1854 and died in 1922. Three other priests and a Catholic laywoman are also candidates.