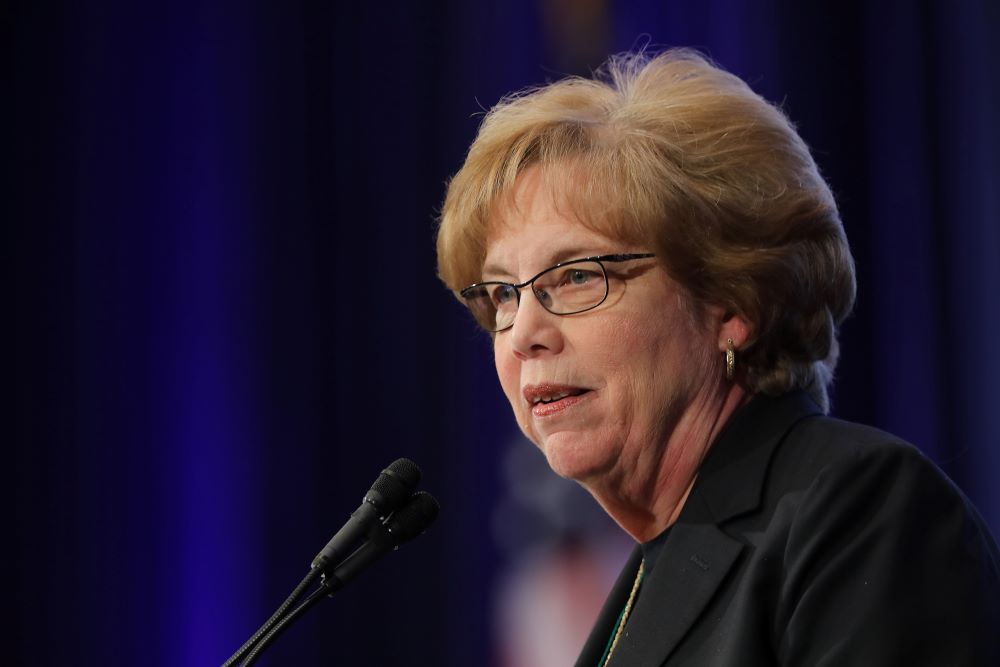 Catholic Charities USA has announced the retirement of Adrian Dominican Sr. Donna Markham as its president and chief executive officer.

Markham, Catholic Charities' first female leader, will retire in summer 2023 after eight years at the helm, the organization said Sept. 30.

"Words cannot adequately express our gratitude to Sister Donna Markham for her visionary and effective leadership of CCUSA over the past eight years," Neal Black, chair of the Catholic Charities board of directors, said in a statement.

"The Catholic Charities network is a beacon of hope for millions of vulnerable people across the U.S., and Sister Donna has admirably led CCUSA during a time when so many need so much more. Through the organization's increased innovation, collaboration, advancement and advocacy efforts, Sister Donna leaves an indelible mark on the social services work of the Catholic Church."

In an Oct. 6 interview with Global Sisters Report, Markham, a board-certified clinical psychologist, said her retirement is partly because she turned 75 earlier this year — the age Catholic bishops retire. While she still has good health and energy, Markham said the age marker was a signal for a new chapter in her life.

"I'll wait and see what God has in mind," she said. "We sisters never fully retire."

The Catholic Charities statement noted that one of Markham's challenges as CEO was leading "the organization's response to the pandemic, answering the call for increased assistance to reduce evictions, food insecurity and unemployment."

It added: "CCUSA provided much-needed emergency aid to its member agencies on the front lines, enabling them to continue serving their communities during a time of great uncertainty. This included supplying necessary personal protective equipment, in-kind donations and direct funding."

Markham told GSR that in addition to the pandemic, other recent challenges include economic uncertainty in the United States.

"There are huge issues we're facing — economic stressors," she said. "These are challenging and very difficult times."

The retirement announcement noted: "As a national membership organization, CCUSA represents the interests of Catholic Charities' 167 member agencies and the more than 3,400 locations that serve people in need in our country." Catholic Charities serves more than 15 million people annually regardless of religious affiliation.

One of Markham's accomplishments was her leadership in a 2017 networkwide process "to identify and strategically align CCUSA's priorities and advocacy efforts around affordable housing, integrated health, food and nutrition, immigration and refugee services, disaster services and workforce development."

Markham will remain in her position while the Catholic Charities board of directors conducts the search for her successor, the organization said. 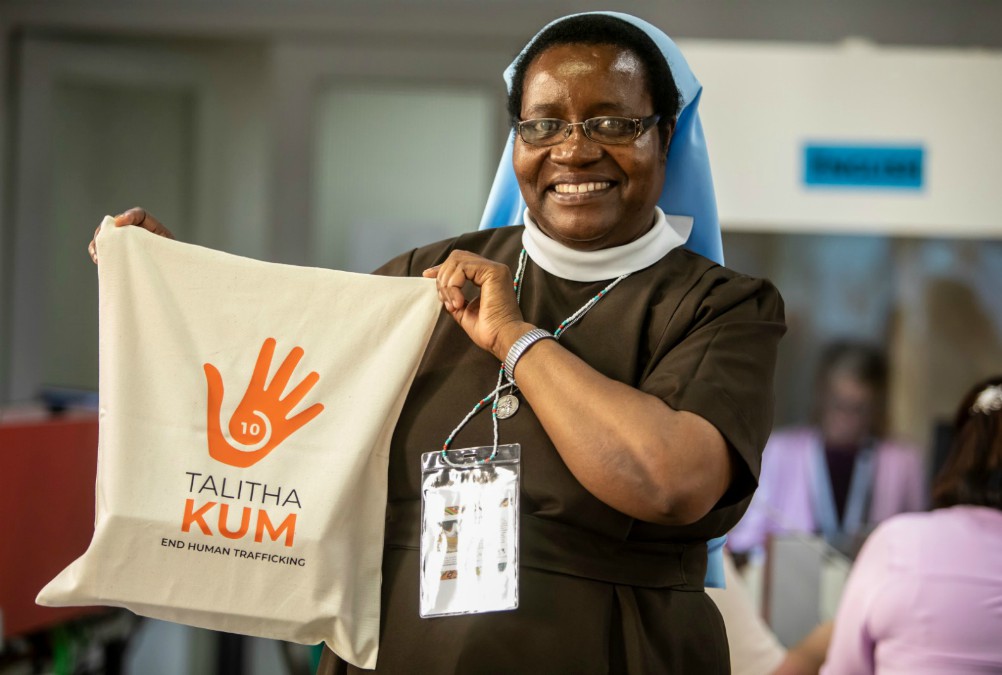 Two sisters are among 10 new members that Pope Francis appointed to the Pontifical Commission for the Protection of Minors.

Carmelite Sr. Annah Theresa Nyadombo serves as head of the Catholic Education Commission and the Child Safeguarding Office of the Zimbabwe Catholic Bishops' Conference. Sr. Niluka Perera is the coordinator of Catholic Care for Children International at the Rome-based International Union of Superiors General. Both are involved in the anti-trafficking network Talitha Kum.

In a UISG statement about the Sept. 30 announcement, Perera, a professional social worker and member of the Congregation of Our Lady of Charity of the Good Shepherd's Sri Lanka/Pakistan province since 1996, said she is honored by the new duties. 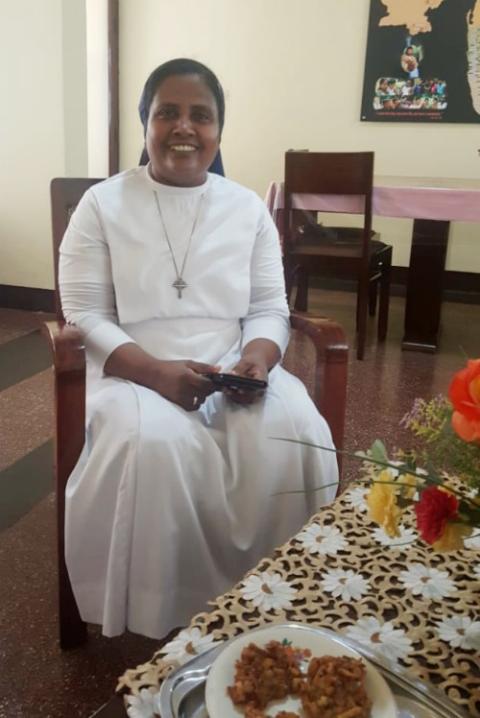 "I see it as a call to serve the Universal Church," she said. "Safeguarding has been a priority for the Good Shepherd Congregation as well as for UISG and CCCI. Taking on this new role as a member of the Commission at this point is an opportunity to work in collaboration with others to lead efforts in safeguarding within all our institutions."

Perera has served as a social worker in different capacities at her congregation's ministries, including the care of children in both institutional and community-based settings, the UISG statement said.

"She has advocated for the rights and needs of the child and in particular for the right of each child to have a family for healthy and holistic development. She has worked to bring about changes in the care sector by initiating family and community-based child protection programmes in Sri Lanka," the statement said.

In a May interview with ACI Africa, Nyadombo said "more awareness" about the abuse of minors and vulnerable adults is needed in southern Africa.

In the interview, Nyadombo stressed the need for prevention, saying that the power of information can help prevent "abuse at any level."

"Prevention is very crucial in the church when you talk about abuse," Nyadombo said. 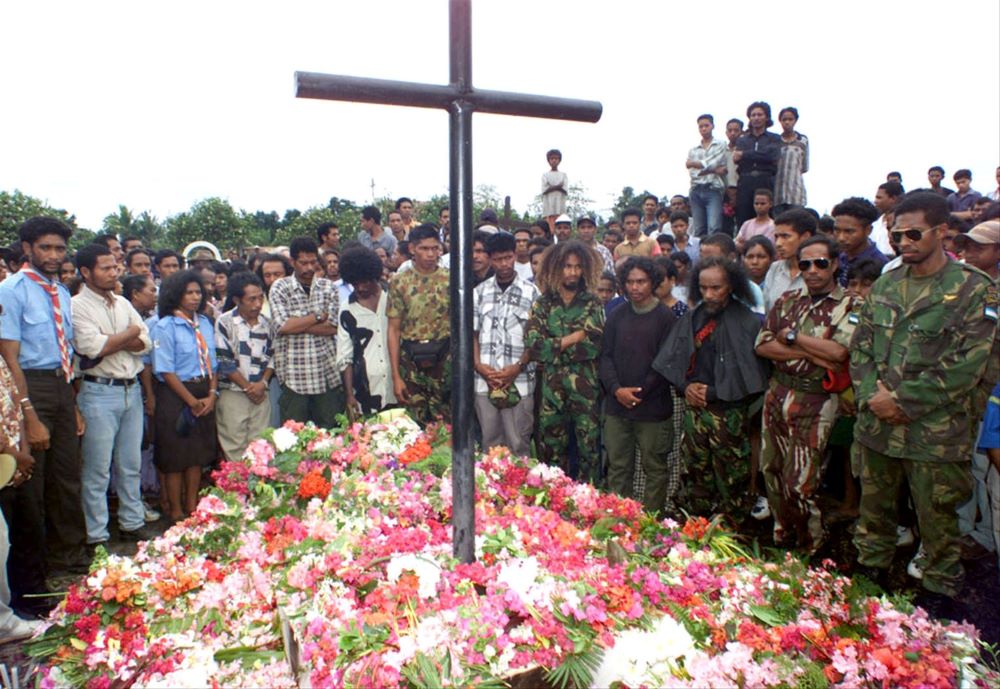 Timorese, including independence fighters in fatigues, gather Nov. 12, 1999, at the common grave of victims of a 1991 massacre in Dili, Timor-Leste. On Nov. 12, 1991, an estimated 271 people were killed when Indonesian military forces opened fire on a funeral march in a Dili cemetery. (CNS/Reuters)

A Catholic sister in Timor Leste, also known as East Timor, won a prestigious human rights award for her role during her country's independence struggle with Indonesia as well as her ministry to help end violence against women, children and other marginalized groups.

The award committee said Marçal was an active witness and participant in human rights work between 1986 and 1999, including carrying communications between Timorese prisoners and the outside world.

She "established contacts with Macau, Portugal and the Holy See. She was the carrier of letters addressed by the prisoners of Cipinang [a prison in Jakarta, Indonesia] to Pope John Paul II," the committee said, underlining the sister's "role in efforts to end the bloody conflict in Timor and in the struggle for independence," UCA News reported.

"She took part, clandestinely, in international meetings in Timor, Indonesia itself and in Rome," the committee said, adding that after independence in 2002, Marçal "deepened her apostolic actions and experiences and strengthened her international missionary contacts, becoming a moral reference for his country, before the whole world."

UCA News reported that between April and June 2006, "her Balide Canossian Convent helped internally displaced people fleeing clashes between soldiers, police and armed gangs. Sometimes she mediated between the gangs."

Marçal told UCA News the award has given her the strength to continue serving "our brothers and sisters who are helpless and who desperately need our helping hand in many ways," and she dedicated the award to the people she serves.

Marçal, a former provincial superior of the Canossian Sisters, currently serves as the director of the Department of Catholic Families of the Díli Archdiocese and the deputy chair of the interreligious Timor-Leste Religious Tourism Association. She also teaches at the Catholic University of Timor Leste.

The Lusofonia Awards were initiated in 2017 and are given to those from Portuguese-language countries.

On Nov. 7, the Center for Applied Research in the Apostolate will award its Richard Cardinal Cushing Medal for the Advancement of Church Research to the African Sisters Education Collaborative (ASEC), a ministry that provides education opportunities to Catholic sisters in Africa.

In announcing the award, the center noted that more than 5,300 sisters have benefited from ASEC's training and educational programs, and that number continues to grow.

"They have set up computer labs, provided technology and training workshops that have improved healthcare and access to clean water, and, initiated income generating projects in ten countries in sub Saharan Africa."

CARA is a national research center affiliated with Georgetown University that conducts social scientific studies about the Catholic Church.

Four U.S. Catholic universities and their congregations established ASEC in 1999:

ASEC is based in Scranton, Pennsylvania, and now serves 10 countries in sub-Saharan Africa.