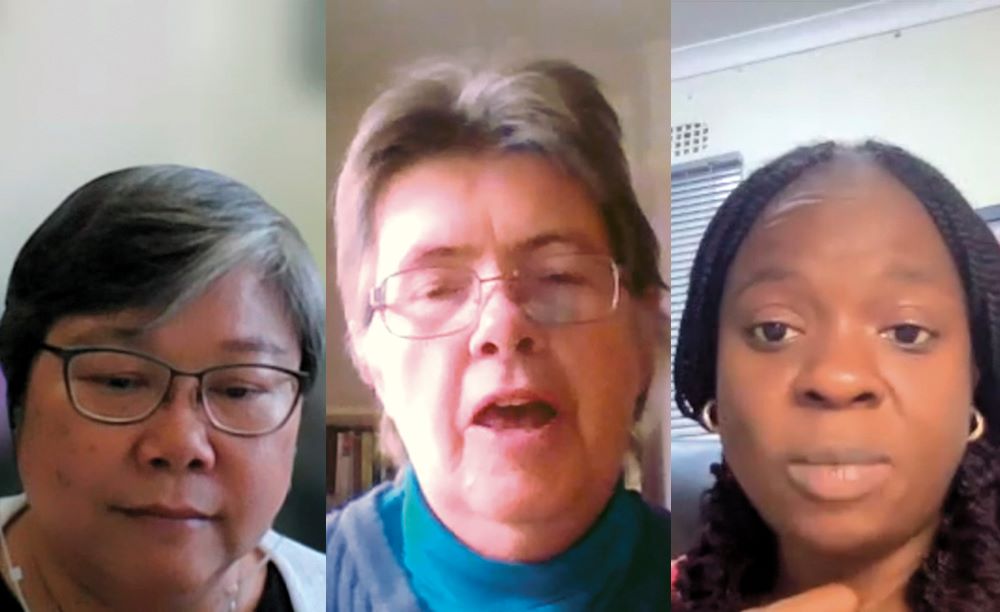 Panelists assessing the outcome of the recent COP26 summit in Glasgow during a Nov. 16 online event included Sr. Marvie Misolas, who represents the Maryknoll Office for Global Concerns at the United Nations; Sr Kate Midgley, a member of the Missionary Sisters of St. Columban; and Lindlyn Moma, the advocacy director of the Laudato Si’ Movement. (Screenshot/Chris Herlinger)

While acknowledging that the recent COP26 summit fell short of their expectations, environmental activists, including Catholic sisters, say they feel energized and hopeful that their work on climate change is having an effect.

In setting their sights toward the future, they say their work and the activism of others must not let up, particularly in energizing the grassroots of the Catholic Church.

"The church has a voice. And it should use that voice," Lindlyn Moma, the advocacy director of the Laudato Si' Movement, said during a Nov. 16 webinar that highlighted participation by those attending the event in person or virtually.

Maryknoll Sr. Marvie Misolas, who represents the Maryknoll Office for Global Concerns at the United Nations and virtually attended COP26, hailed some progress, but spoke of disappointment that the final document from the U.N-sponsored conference did not go far enough.

"I'd like to put myself in the middle," Misolas said. "There was some success and some failure."

That seemed to be the consensus of Catholic groups attending COP26, who earlier said they welcomed some initiatives that emerged from the international meeting but were disappointed overall.

The document that came out of two weeks of meetings — the Glasgow Climate Pact — was praised for acknowledging the need to reduce the use of fossil fuels and asking that participating countries, nearly 200 in all, demonstrate plans to cut dangerous greenhouse emissions.

But Lorna Gold, board chair of the Laudato Si' Movement, told National Catholic Reporter's EarthBeat that "COP26 has not been a disaster — but not a success either. Some would call it a 'compromise' [or] a 'balanced outcome,' " she said of the conference that ended Nov. 13.

"Sadly, a rapidly changing climate does not react to such human excuses. Climate reacts only to action — scientifically verifiable reductions. We are still a long way off from that." 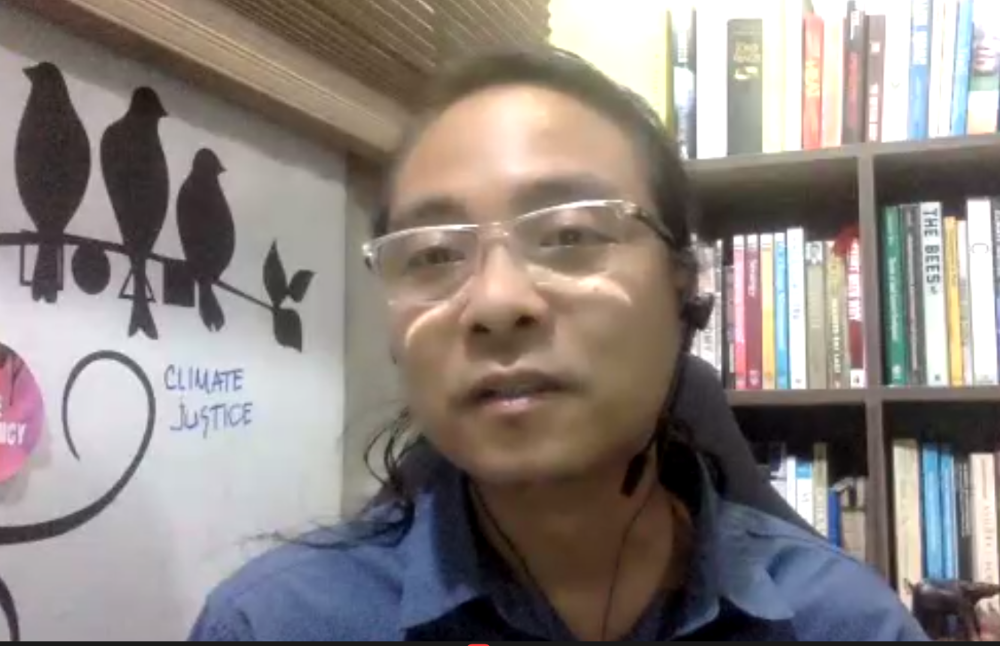 Participants in the Nov. 16 webinar expressed similar concerns. "The crisis we're living in was not reflected in Glasgow," said Moma, advocacy director for the churchwide campaign to take action "towards integral ecology."

Yeb Saño, executive director of Greenpeace Southeast Asia, told webinar participants that the final document "fails the climate justice test" and that countries in the Global South that have contributed the least to global warming will continue to be affected most by climate change.

Yet, the panelists on the one-hour webinar seemed less concerned about dissecting the final outcome of Glasgow than in stressing that the event was a needed boost to grassroots environmental activists whose presence in the Scottish city was felt both inside and outside the halls of the conference.

Sr. Kate Midgley, a member of the Missionary Sisters of St. Columban who was in Glasgow, was among those saying it was as if there were differing, even competing, events at Glasgow. The official conference was attended by delegates of participating nations, while other events featured participation by non-governmental organizations, including religious groups.

"There was great energy there," she said of the latter. Moma echoed that, saying, "The solidarity there was deep," adding, "What I take from COP26 is the solidarity, and we must continue with that."

Saño acknowledged the conference's shortcomings and said that activists have to take a long view.

'I see passion among activists. We have to set it alight in the local parishes.'
— Sr. Kate Midgley

"Sorrow is part of our journey," he said of the work of activists with ties to faith communities. Saño said the work that could tip the balance in favor of a more sustainable planet will not be accomplished by political leaders but by activists on the ground making demands.

Midgley and others agreed, but also noted that work must turn to energizing the global church's 1.3 billion members and 220,000. "I see passion among activists," Midgley said, but the question now is how to turn that passion into solidarity and action within local church settings.

"We have to set it alight in the local parishes," she said.

Is there hope? The webinar participants said that even though it is "late in the day" for even more radical climate action, they believe that that is possible and that the work of activists will inform and assist such efforts.

The energy and commitment Saño sees among young people on this issue is palpable, he said.

"A crisis can push us to be better," he said. "Injustice is not invincible."

Misolas added, "God is with us in making this happen." In a follow-up email to GSR, she said that what did not happen at Glasgow could yet be accomplished. Misolas added: "We press on continuously."