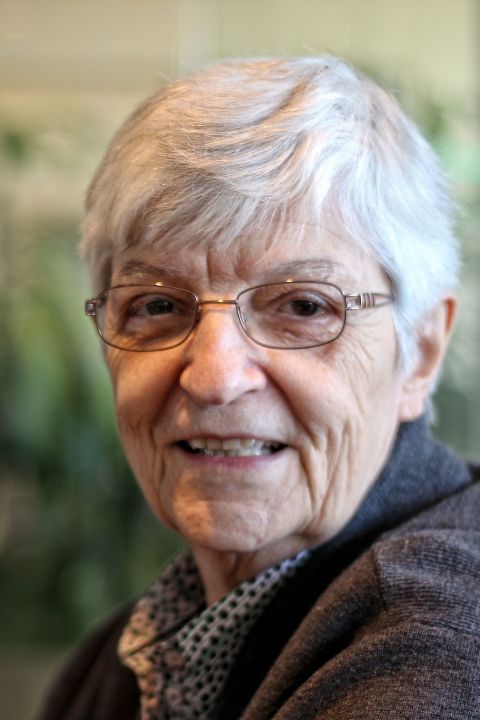 Montreal — On Jan. 31, a bailiff knocked on the door of the 200-odd units of the Mont-Carmel Residence, a private seniors' residence in Montreal. Auxiliary Sr. Suzanne Loiselle, five other of her sisters, and all the residents received a notice of eviction from him.

"Mont-Carmel will become a multigenerational complex and will no longer be a seniors residence," said the document. As a result, services usually associated with a senior residence, such as a cafeteria, common rooms, a nursing staff and an emergency alert button, would no longer be available.

The new owner, who is required by law to issue such an eviction notice, nevertheless wants the current residents to sign a new lease "at the current rent plus 3%," an amount, he believes, that is well below the rents charged in the surrounding area. If they still intend to leave the facility, residents will be offered three months' rent and relocation assistance.

There are only seven Auxiliary Sisters left in Quebec. Six of them live in a unit at the Mont-Carmel Residence. The congregation now rents a seventh unit, which serves as a community meeting room and general secretariat.

"We each have our own space here, but we also have the possibility of meeting together as a community," said Loiselle, who is the international respondent for this congregation, founded in France in 1856. The congregation has been present in Quebec since 1949 and its members are known for their roots in working-class neighborhoods and their involvement in many social and feminist struggles.

"That was our goal in coming here. To continue a community life, in a non-institutional place, and in the heart of a working-class neighborhood," she added. "We'll have a decision to make. Do we want to stay here without nursing services? Do we want to live in the middle of a construction site?"

For now, Loiselle is most concerned about her neighbors.

"A distraught man came knocking on my door, to talk and to understand the meaning of the letter he received. People are crying. I see a lot of distress. What violence toward vulnerable people," she said.

Three nuns — half the community — are part of the group coordinating the tenants' response.

Loiselle intends to alert public opinion and to ask the local representatives to intervene.

"It's contempt for the elderly. It's arrogance. It's savage capitalism," far from the values advocated by the former owners, Groupe Longpré, she added.

"We found here a cordial and warm atmosphere and quality services. At the reception desk, we were recognized. The management knew us. Respect for people was paramount."

Groupe LRM said it was only after the purchase of the Mont-Carmel Residence that it discovered that "substantial investments" were required in the building, that there were numerous previous notices of infraction piling up from the government body overseeing building and construction regulations, and that "not all the relevant data had been transmitted at the time of the transaction, including a high vacancy rate of 12%."

"It became clear to us that the current business model of Residence Mont-Carmel was no longer viable and that another solution had to be found to keep the current residents in their living environment," said the new owner's spokesman, Eric Barbeau.

Groupe LRM has thus "deemed it preferable to terminate the certification [as a senior residence], to eventually rent the vacant units to nonretired tenants." But until then, the new owner also wants to "sign new leases with current residents" to "lock in their current rents over time at extremely low levels in the highly sought-after downtown market."

Canadian nun tells of spiritual experience while captive in Cameroon

With the 2020 US election over, LCWR says it is time to reconcile and heal