Major superiors at launch of Regional Conference of Major Superiors of Southern Africa.jpg 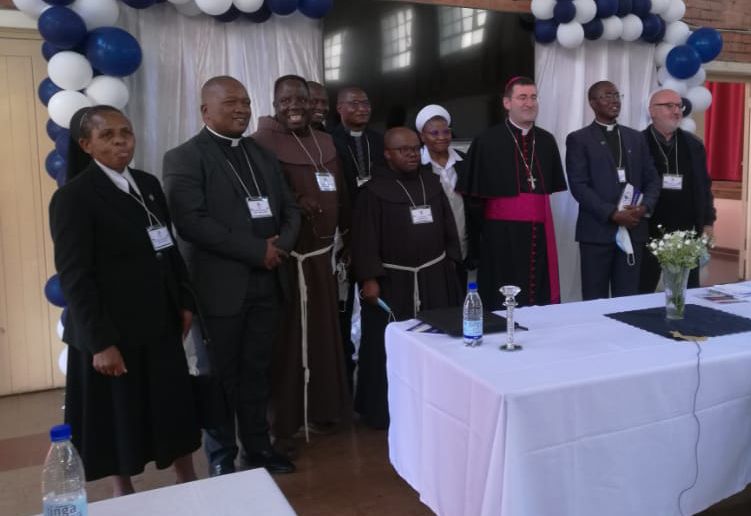 The delegation of presidents and representatives from the six conferences in the Southern African region during the May 14 launch of the Regional Conference of Major Superiors of Southern Africa in Harare, Zimbabwe (Courtesy of Nkhensani Shibambu)

NAIROBI, Kenya — Religious sisters in Southern African countries have welcomed the establishment of the Regional Conference of Major Superiors of Southern Africa, saying it will help them share the best practices that could benefit the church.

The conference was formed May 14 in Harare, the capital of Zimbabwe, following a series of meetings that began in May 2021 among the major superiors of the six conferences in the Southern African region: South Africa, Eswatini and Botswana; Angola; Namibia; Mozambique; Lesotho; and Zimbabwe. More than 50 religious leaders attended the launch. 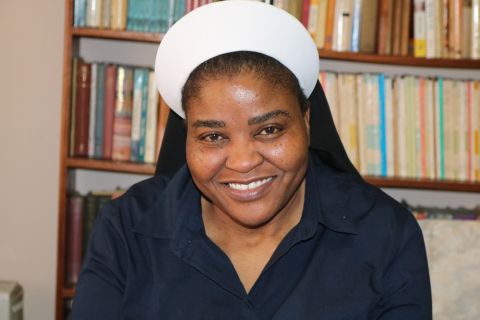 Sr. Nkhensani Shibambu is the superior general of the Companions of St. Angela in Southern Africa. (GSR photo/Doreen Ajiambo)

Sr. Nkhensani Shibambu, superior general of the Companions of St. Angela, said the creation of the new conference was encouraged by the pan-African Confederation of Conferences of Major Superiors of Africa and Madagascar.

"We came up with the idea of having a common regional body because we realized that the problems we have are common, but we don't know how to deal with them," Shibambu told Global Sisters Report. "The difference between this body and the others is that those are national bodies. Others are just between two or three countries. But this body will combine all of them and enable us to share resources from different regions. The body will allow us to learn from one another."

Shibambu said the new regional conference, now headquartered in Harare, was formed to bring unity and cooperation to better the church in the region. The newly created conference will help coordinate and share activities, experiences, human resources and mutual knowledge at the regional level, she said.

"For example, in South Africa, we have canon lawyers, but in a country like Mozambique*, they don't have. In such a situation, if they need services from such lawyers, they are available since they will all be under one body," she said. "A country like Zimbabwe has a formation program for the religious in their country, and they are making serious steps in different vocations. Therefore, instead of each country organizing their own, they can use the skills from Zimbabwe. We aim to foster the religious spirit here."

She noted that the new conference consists of major superiors in the regions, both consecrated men and women. However, it does not include the bishops, who have their own regional body, the Inter-Regional Meeting of the Bishops of Southern Africa, which consists of nine countries in six episcopal conferences.

Shibambu said the new conference has a steering committee for now, but by the end of the year*, they will have a board that will consist of the president, the vice president, and members from each country.

"We will have subscriptions from members, probably monthly or annual subscriptions. This will help us have the finances to run the board's activities," she added.

Fr. António Manuel Bogaio Constantino, the superior general of the Comboni Missionaries in Mozambique and the president of the Conference of the Religious Institutes of Mozambique, said the main aim of forming the conference was to bring unity.

"We had to come together to share our charism, work, and address issues affecting us as religious," he told Global Sisters Report. "We have our national conferences, but we felt we wanted to collaborate with others, especially in religious life formation. We feel you cannot work alone. We need each other. We need support from one another."

He added: "In life, if you walk alone, you will walk faster, but if you walk together, you will walk far. I feel that we are building the future by what we are doing now. Our aim as religious is to spread the Gospel, and if we have a big chance like a regional body like this, we can grow beyond our horizons." 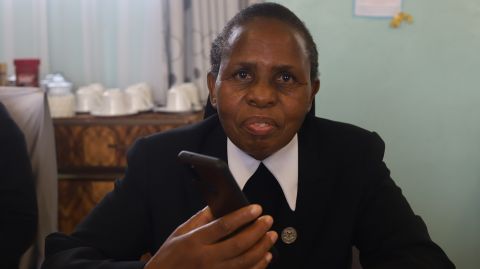 Sr. Jacintha Rantso is the superior general of the Good Shepherd Sisters of Quebec in Lesotho. (GSR photo/Doreen Ajiambo)

Sr. Jacintha Rantso, a provincial leader with the Good Shepherd Sisters of Quebec, said the regional body would solve some of the challenges they face. For example, she said that because of a lack of new management skills, her conference in Lesotho, formed in 1974, has had slow progress in aspects like leadership and formation compared to other conferences in other countries.

Meanwhile, Shibambu concluded, "We are hopeful that the future for us is bright and this beautiful baby that has been born will grow and flourish."

*This story has been updated to fix errors.

A look at hunger in Africa during COVID-19: Sisters stepping in

With the 2020 US election over, LCWR says it is time to reconcile and heal

Two ways to speak the truth in love