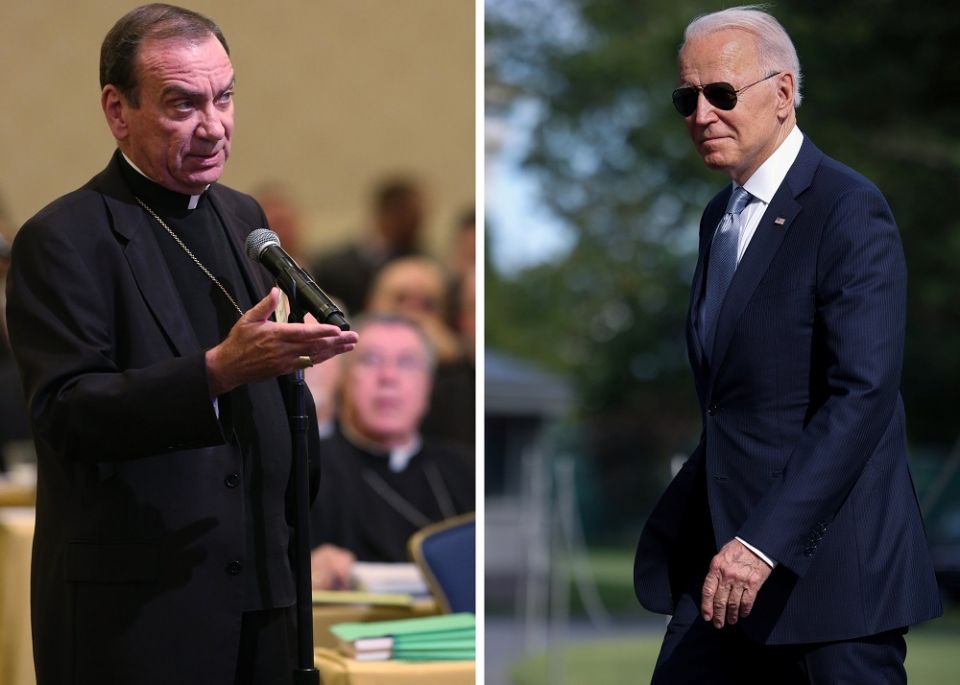 Cincinnati — A few hours before CNN's evening town hall with President Joe Biden on the campus of a Cincinnati Catholic university, the congregation of women religious that founded the school said the sisters were not involved in planning or hosting the July 21 event.

"All decisions about the event are being made" by CNN and Mount St. Joseph University "and do not involve the Sisters of Charity," the statement said. "CNN is utilizing the Mount's facility and will make the decisions on attendance at the event, whose questions will be asked of the president, etc."

Objections from Right to Life of Greater Cincinnati* and other pro-life groups were mounting ahead of the one-hour evening event on the Catholic campus because Biden, who is Catholic, supports keeping abortion legal.

He also has disavowed his decades of support for the long-standing Hyde Amendment, which bans federal funding of abortions except when the mother's life is endangered and in cases of rape and incest.

Late July 20, a statement issued by the Cincinnati Archdiocese said Archbishop Dennis Schnurr had not been contacted by "any involved party" about Biden's participation, and if it had been up to the archbishop, it said, he would not have allowed Biden to hold a July 21 town hall event at the Catholic university.

"Archbishop Schnurr has therefore not been asked for, nor would he have granted, his approval for any such event to occur on Catholic premises," it said, adding that the university "operates under the sponsorship of the Sisters of Charity and not under the direct oversight of the Archdiocese of Cincinnati."

Established by the Sisters of Charity of Cincinnati, the university opened its doors to its first 20 students in 1920 as the first Catholic university for women in southwestern Ohio.

"The Sisters of Charity of Cincinnati are pleased for Mount St. Joseph University and its selection by CNN as the site of this week's Presidential Town Hall with the president of the United States," the congregation's statement said. "Being selected for this honor recognizes the Mount as an outstanding institution of higher learning."

It added that the sisters wished "to clarify that the agreement to schedule" the July 21 event at the university "is between MSJ and CNN. All decisions about the event are being made by CNN and MSJ and do not involve the Sisters of Charity."

"Mount St. Joseph University is one of five institutions we sponsor in the Greater Cincinnati area," the statement said. "Each institution has a different mission and is overseen by a separate governing board of trustees or directors. MSJ is an institution of higher learning.

"As such, its mission is to provide the opportunity and space for the free exchange and rigorous examination of information and ideas. It is committed to being a diverse and inclusive setting, respecting ideas across ideologies, ethnicities, races and social backgrounds."

For its part, the university said in a statement that it looked forward to introducing the school to "a nationally televised prime-time audience."

"The university has always been and will continue to be a diverse and inclusive place where people from different races, ethnicities, social backgrounds, beliefs and religions can come together to discuss and share their unique perspectives," it added.

News reports said Biden was expected to focus on a wide range of issues facing the United States, including COVID-19 and the economy.

*An earlier version of this story gave an incorrect name for the group.