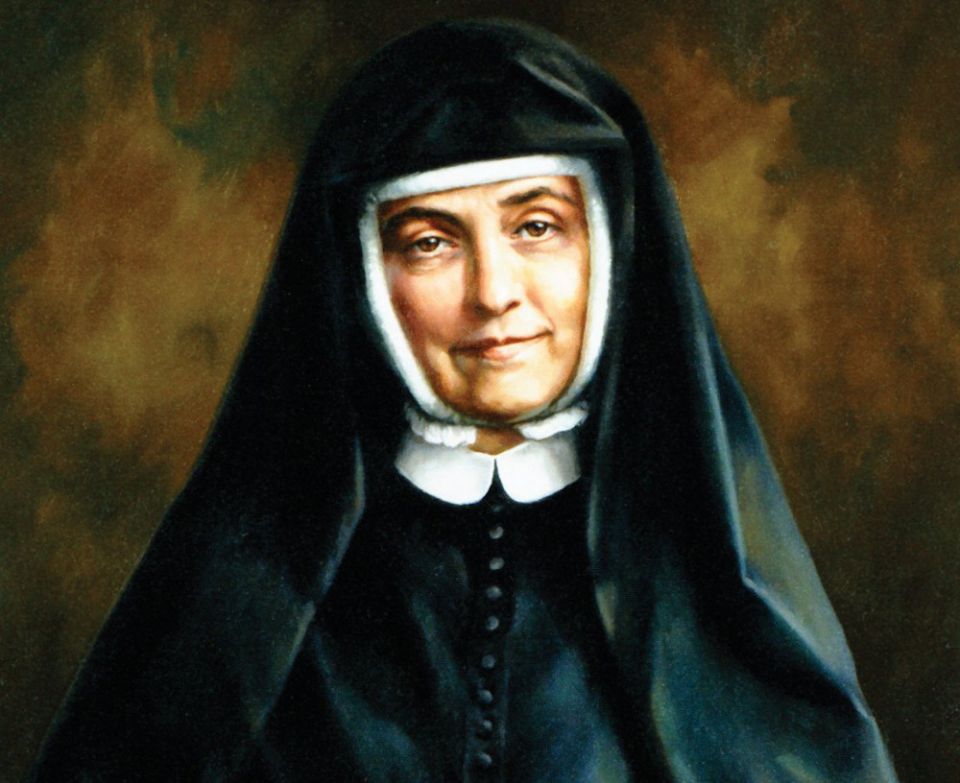 Mother Cornelia Connelly, founder of the Society of the Holy Child Jesus, is pictured in an undated painting by Ellen Cooper. She was born in Philadelphia in 1809 but died in 1879 in St. Leonards-on-Sea, England. Her order announced Feb. 26 it had withdrawn its request to exhume her remains and transfer some of her relics from England to Philadelphia. (CNS illustration/Ellen Cooper, courtesy Society of the Holy Child Jesus)

Manchester, England — A religious order has withdrawn its request to exhume its founder and transfer some of her remains from England to Philadelphia.

The Society of the Holy Child Jesus announced Feb. 25 that it was abandoning its plans to move some of the remains of Philadelphia-born Mother Cornelia Connelly from a chapel in Mayfield School to the Cathedral Basilica of Ss. Peter and Paul.

"A decision has been made to withdraw the application to the Historic Churches Commission for the exhumation of the Venerable Cornelia Connelly," said the statement posted on the website of society Feb. 25.

It was signed by Srs. Veronica Openibo, Pauline Darby, Cecilia Nya and Marie Ursino, who form the order's leadership team.

When contacted by Catholic News Service, Sr. Darby, based in Rome, said the Society had nothing to add to its statement.

The statement was issued after more than a thousand English Catholics objected to proposals to open Connelly's tomb in a 14th-century chapel in St. Leonards-on-Sea so relics could be extracted and enshrined in Philadelphia by the summer.

Britain's Ministry of Justice and the Vatican Congregation for Saints' Causes approved the transfer, but 270 objections were lodged with Catholic Historic Churches, a heritage organization, and Wealden District Council, the local authority whose permission was also required.

Cesca Sims, the organizer, said Connelly's remains should not be removed from Mayfield because it was "the place she chose to be buried."

The translation of the relics was arranged in the hope that pilgrims would pray for, and the Society would obtain, the miracles sought for her beatification and canonization, since Connelly was declared venerable in 1992.

Connelly was married and had five children before she and her husband, Pierce, an Episcopal priest, left their church to become Catholics. She took a vow of perpetual chastity when her husband was ordained a Catholic priest and traveled to England with him when he went to serve as a chaplain to the earl of Shrewsbury, a Catholic.

There, church officials insisted that, to avoid scandal, the pair had no communication other than correspondence, and pressure was exerted upon Connelly to leave the country. But she remained and, with the help of her husband, founded her order of nuns in 1847, becoming its first superior general. It is now active in 14 countries.

Connelly was buried in the convent cemetery in Mayfield, but her remains were exhumed and placed in the chapel in 1935.