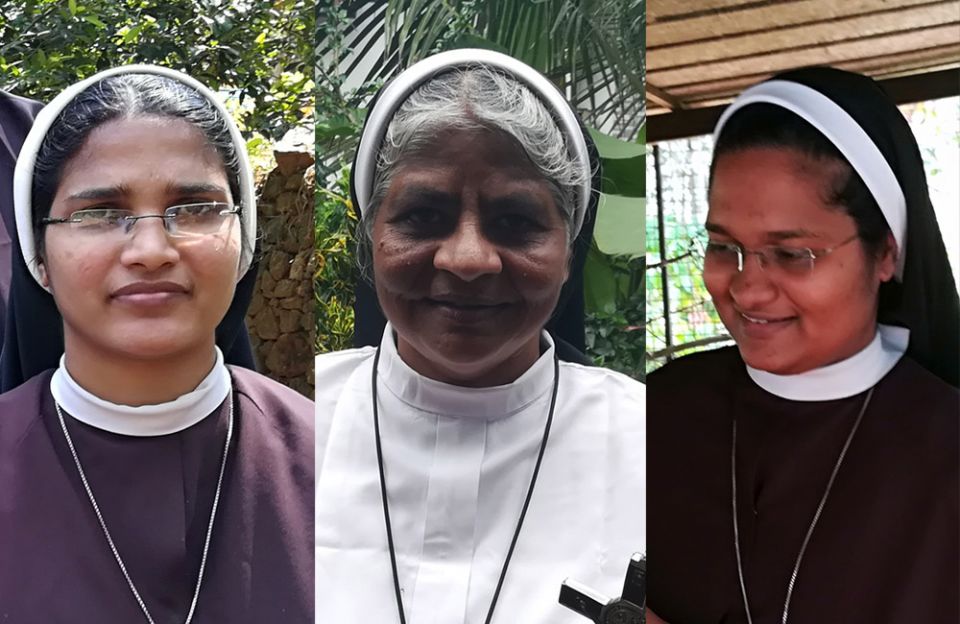 Kottayam, India — Sr. Lissy Vadakkel fulfilled a wish when she completed recording her statement in the Indian case of a bishop accused of raping a nun.

The 57-year-old member of the Franciscan Clarist Congregation had to brave threats to her life to appear before the District and Sessions Court in Kottayam, a city in Kerala, a southwestern Indian state.

Vadakkel was the second among 83 witnesses in the case, in which Jalandhar Bishop Franco Mulakkal, 55, is accused of raping the former superior general of the Missionaries of Jesus between 2014 and 2016. Vadakkel, a charismatic retreat preacher and counselor, was the first person the survivor told about the alleged rape.

The congregation is under the Jalandhar Diocese in Punjab state in northern India, but the alleged crime took place in the Missionaries of Jesus convent in Kuravilangad, a village near Kottayam.

The basis for the trial is a 2,000-page charge sheet that a special investigation team of the Kerala police filed against Mulakkal in April 2019. The witnesses include Cardinal George Alencherry, head of the Syro-Malabar Church based in Kerala.

The court has recorded the testimony of four people: the accuser, the first witness, Vadakkel and Sr. Neena Rose, one of the five nuns supporting the accuser. Rose recorded her testimony Jan. 19-20 and Feb. 3.

Vadakkel now lives in Jyothi Bhavan ("House of Light"), a Clarist convent in Muvattupuzha in Ernakulam district, about 35 miles north of Kottayam. She went to the court accompanied by two female police officers given to her by the Kerala government for her protection. She has been under around-the-clock police guard after she reported threats from her superiors and church authorities to retract in court her testimony supporting the accuser.

In an earlier interview with Global Sisters Report, Vadakkel talked about her desire to give her statement in the court.

"I have become a fallen star for my congregation and the church hierarchy who back the bishop accused of rape," she said in 2019. "But that does not dampen my spirit. I live in police protection as an outcast or untouchable, not for securing my life, but to live until I record my statement in the court."

Vadakkel is not the only witness who has faced pressure to change statements in court. In July 2018, Carmelite Fr. James Erthayil asked the accuser and the nuns supporting her to withdraw the case.

The priest spoke to Kelamangalathuveli, who recorded the call, in which the priest was heard offering the nuns 10 acres of land and a convent built in Kerala's Kanjirapally Diocese if they agreed to his demand. Kelamangalathuveli filed a lawsuit against the priest for attempting to influence the survivor and her supporters.

When such pressure and threats failed, Mulakkal's supporters tried to tarnish the image of the survivor and her supporters, said Capuchin Fr. Dominic Pathiala, a priest supporter of the nuns. 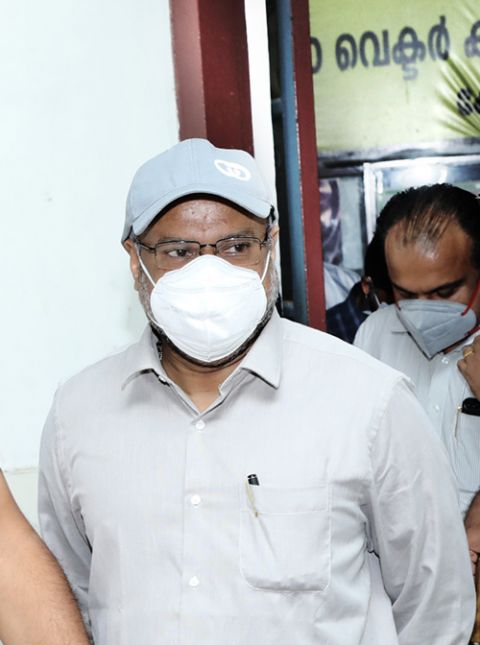 In September 2018, Kerala Legislative Assembly member P.C. George called the accuser a prostitute in a press conference and called for a virginity test of the other nuns. After the Kerala Women's Commission filed a complaint, the Kerala Legislative Assembly reprimanded George on Jan. 22, 2021, saying his criticism and comments "violated the house members' code of conduct."

Police complaints were also made against Christian Times, a YouTube channel, for broadcasting news bulletins that tarnished the nuns, Pathiala said, but the channel continues with such reporting.

The accuser and her supporters "are fighting the battle in a very difficult situation, as the church leadership in India overtly and covertly backs the accused bishop," Pathiala told GSR.

The Capuchin, who has studied the case, recently released a series of video programs about the accuser. The program, in Malayalam, the language of Kerala, blames Mulakkal for bringing the case into the public eye.

"The trigger for the rape case lies in fake cases Mulakkal and his team filed against the survivor, her family members and her supporters," he said in one of the videos.

Mulakkal on June 19, 2018, complained to police in the northern state of Punjab that the nun's brother had created a conspiracy to kill the bishop. The prelate also filed a similar police complaint against the nun and her relatives in Kerala.

Pathiala said these complaints told the survivor and her supporters that if they remained silent, Mulakkal would continue to file fake lawsuits against them.

When the police came to the Kuravilangad convent to investigate Mulakkal's complaints, the nun told them Mulakkal had been raping her. She told police that Mulakkal was retaliating against her after she reported the rapes to the Vatican, the nuncio to India, and other top church leaders in the country.

Pathiala said the nuns' trouble began in 2013, when Mulakkal became the Jalandhar bishop. "Since then, the nuns began to face hardship, and 21 of them left the congregation," Pathiala said.

Pathiala said the survivor and her supporters had no plan to file a police case against Mulakkal: "All they wanted was that other bishops accommodate them in another diocese, as they could not work under Bishop Mulakkal any longer."

However, other bishops required Mulakkal's permission to do anything with the nuns, as their congregation was under the Jalandhar Diocese, Pathiala said.

After listening to the victim, the Kuravilangad police filed a report in June 2018, accusing Mulakkal of raping the nun, Pathiala said.

Pathiala, a fine arts trainer and social activist, said the Indian church would have been spared national shame if the bishops had handled the case properly.

"The case has come to the court only because of the public support the nuns got," said Vattoly, the first convener of Save Our Sisters, a movement formed in July 2018 to support the accuser. 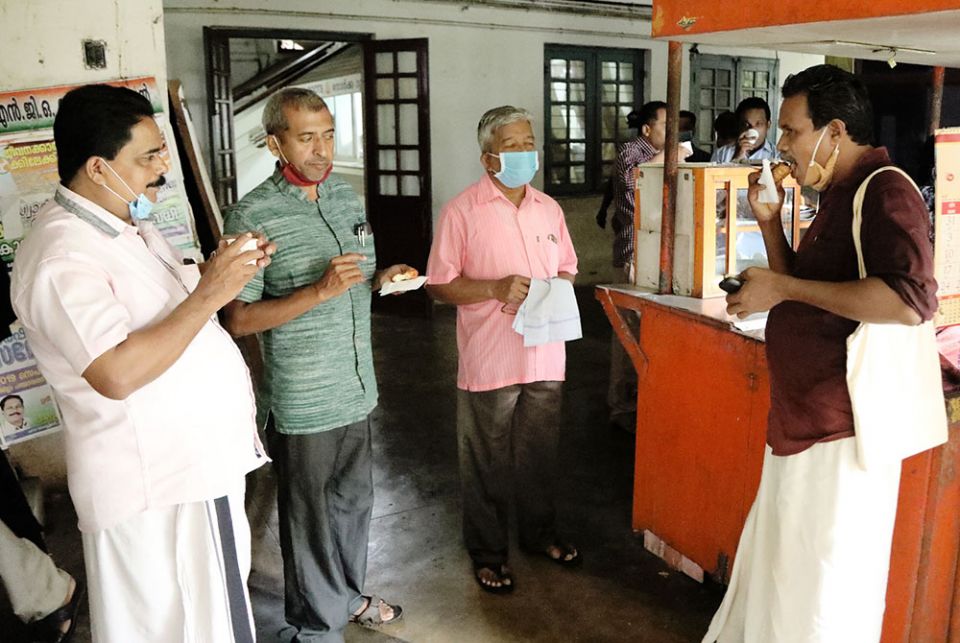 People came forward to support the nuns when they saw church leaders in India trying to suppress the voices of the victim and other nuns, Vattoly told GSR.

The five nuns joined a September 2018 public protest that Save Our Sisters organized in Kerala's Kochi city to demand Mulakkal's arrest. The protest soon became a mass movement that led to Mulakkal's arrest Sept. 21, 2018. The prelate was released on bail Oct. 15, 2018.

Since then, Mulakkal has tried legal channels to avoid trial. His petition to get the case dismissed was rejected by the trial court and later by appellate courts — the Kerala High Court and the Indian Supreme Court. The Supreme Court rejected his second appeal to clear him of charges, forcing Mulakkal to face the trial.

The accuser started recording her testimony Sept. 16, 2020, and completed cross-examination Nov. 30, 2020, after nine days of questioning by Mulakkal's legal team. The court has banned the media from covering the trial proceedings at Mulakkal's request.

In September 2018, Mulakkal requested that the Vatican temporarily remove him from the bishop's duties. The Vatican appointed a diocesan administrator, but Mulakkal continues to retain the title of bishop and live in the Jalandhar bishop's house, which Vattoly and others have criticized.

Shaiju Antony, joint convener of Save Our Sisters, said it is "a disgrace to the church and the office of bishop that a man accused of raping a nun continues to get the patronage of the church leadership."

Antony said he wonders why the church has not suspended Mulakkal, even after the Supreme Court rejected his petition to dismiss the case twice.

"The church should suspend him from the office of bishop at least until he comes out clean from the charges against him," he told GSR. 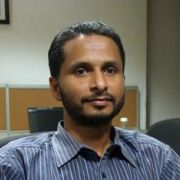 Saji Thomas is a freelance journalist based in Bhopal. He has worked for several mainstream newspapers, such as The Times of India. He writes regularly for Matters India, a news portal that collaborates with GSR and focuses on religious and social issues.

Mulakkal appears for trial in nun's rape, next hearing set for Jan. 6