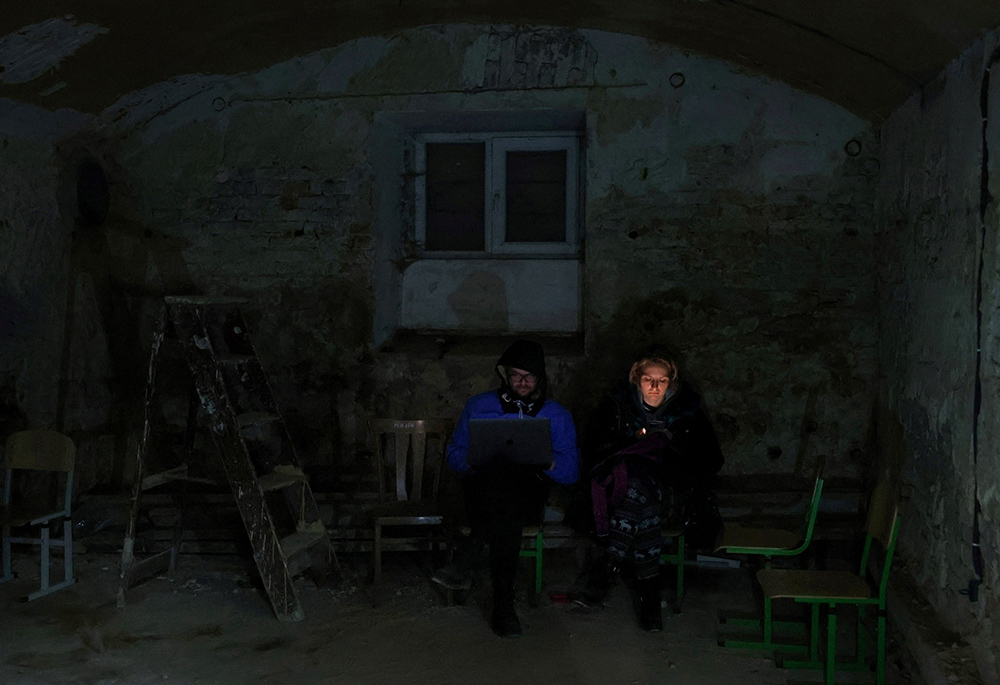 People in Lviv, Ukraine, take shelter in the basement of a school March 3 amid Russia's invasion of Ukraine. (CNS/Reuters/Kai Pfaffenbach)

Though communications with those in a war zone are difficult, Global Sisters Report has received updates from some women religious ministering in Ukraine.

Catholic sisters in western Ukraine are safe, wrote Sr. Anna Andrusiv of the Sisters of the Order of St. Basil the Great in a March 2 email, though life in the border city of Lviv is rapidly changing because of the mass exodus of people from Ukraine.

"All the sisters are fine here in the monastery" in Lviv, the congregation's main convent in Ukraine that is home to nearly 30 sisters, Andrusiv wrote. Lviv, a historic city about 45 miles from the Polish border, has become a hub for Ukrainian refugees crossing into the neighboring country.

Two other sisters remain safely in the city of Zaporizhia in the east, near Crimea, which has been the scene of years of fighting between Ukrainian forces and pro-Russian separatist rebels. They, Andrusiv and other religious were part of a Feb. 22-23 peace pilgrimage to eastern Ukraine.

Lviv is now full of refugees, Andrusiv said, though the city also has many volunteers trying to help people. The city has not yet been in the crossfire of invading Russian forces, but sirens sound throughout the day, she said — though not as often as in the first days of the invasion, which began Feb. 24.

On March 3, Filippo Grandi, the United Nations high commissioner for refugees, called the Russian invasion of Ukraine a "senseless war" that has already forced about 1 million people from Ukraine, a remarkably swift exodus, UN News reported.

"And unless there is an immediate end to the conflict, millions more are likely to be forced to flee Ukraine," Grandi said.

Prayers for an end to hostilities continue both day and night, Andrusiv wrote.

"Our soldiers say that our prayers help them," wrote Andrusiv, adding that Ukrainians believe that ultimately, victory will be theirs.

"We will never give up, we will win!" she wrote. "I'm more than sure about it. God is with us. With His people."

Leaders of a congregation with a long history in Ukraine, which asked not to be identified because of fear of retaliation from the Russians, have been sending updates to the International Union of Superiors General that the organization has posted to its website.

Congregational leaders wrote in their updates that they have talked with the provincial superior in Ukraine and been in contact with sisters in at least five cities, and all "are alive and relatively safe," though some had been traveling and were unable to return home for a few days.

Sisters in Croatia, Poland and Romania are ready to take in sisters from this community in Ukraine if they are forced to leave, they wrote. Two sisters have moved from central Ukraine to the west, where it is safer, but even in Lviv, liturgy has to be held in a basement.

"Sisters in Kyiv lived today under explosions and had to stay in the bombproof shelter," their day two update reads. "Now they [have] returned to the monastery. Dominican Sisters of Bethany from Latvia today offered their house for sisters as a shelter."

Day four seemed calm, the update read, but there were air-raid sirens in cities across Ukraine as sisters worked to assist refugees fleeing the violence. On day five, one sister returned to Zaporizhia to be with the sisters and families there, two sisters who are psychologists were giving psychological assistance to war victims, and sisters took lessons on weaving camouflage nets for the military.

"Sisters in Kyiv live rather dangerous circumstances but they have written that they are well," the update said.

In reports forwarded by Ursuline Sr. Peggy Moore, Ursuline sisters ministering in Ukraine say they have two sisters in Kyiv who cannot leave because "it is not safe, even to go to the parish and stay with other people. They can't cross Kyiv as the bridges were destroyed by the Ukrainian soldiers to stop the Russian army. Their situation is the most worrisome."

Thankfully, the report said, the provincial in Poland is able to stay in touch with the sisters in Kyiv via cellphone, but the sisters in Kolomyja and Ivano-Frankivsk "hear bombs from time to time."

Mother Marcela Runcan, general superior of the Basilian Sisters, wrote in a March 1 letter to the congregation's sisters in Ukraine that the entire order is praying for them.

"War, hatred and murder are obvious and bold-faced expressions of evil. Evil is a devastating force that destroys life, relationships and the soul," Runcan wrote. "Dear Sisters, let us continue our prayers for peace. This is a time full of terror, blood, tears and cruelty but it is already clear how courage, love, mercy, truth, mutual aid and kindness are manifested as bright lights in the darkness. ... Spiritual giants are born in the greatest of trials. Even at this time, the night of Gethsemane, and perhaps Golgotha, the Lord leads us to the resurrection." 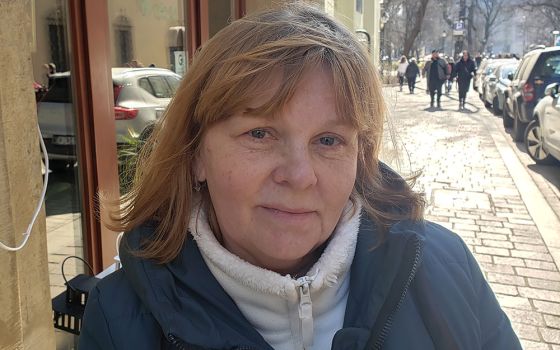 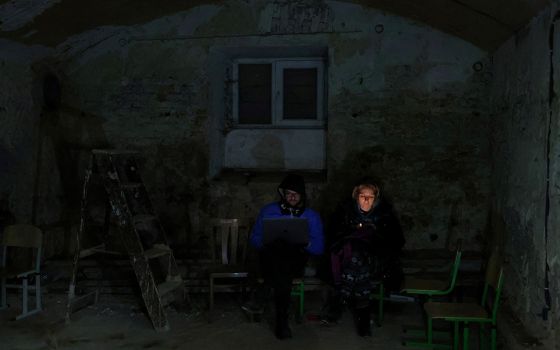