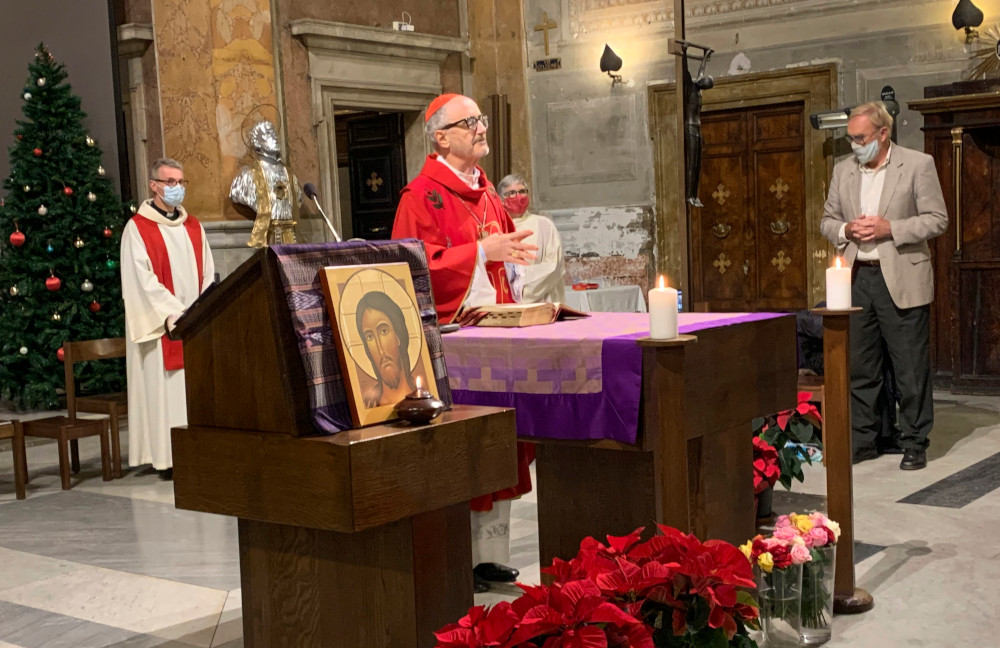 Repeatedly referring to the four U.S. churchwomen murdered in El Salvador in 1980 as "martyrs," Cardinal Michael Czerny insisted that in the end they triumphed because "brutal crimes failed and fail to stop the evangelizing."

At Mass Dec. 2 at the Oratory of St. Francis Xavier in Rome, members of the Justice, Peace and Integrity of Creation Commission of the women's and men's international unions of superiors general joined to remember Maryknoll Srs. Maura Clarke and Ita Ford, Ursuline Sr. Dorothy Kazel and laywoman Jean Donovan, who were beaten, raped and shot by members of the Salvadoran National Guard 40 years ago.

Callista Gingrich, U.S. ambassador to the Holy See, and diplomats from Canada, the United Kingdom, Australia and the Netherlands also attended.

Czerny, undersecretary of the Vatican's Migrants and Refugees Section, served in El Salvador from 1989 to 1992 after the murders of six Jesuits and two women at the Central American University.

In his homily, the cardinal read the account of "the passion and death of Jean, Dorothy, Ita and Maura as narrated by a Canadian missionary, Fr. Gregory Chisholm," who was part of a Canadian ecumenical delegation that was stopped by members of the National Guard after leaving the El Salvador International Airport shortly before the churchwomen left and met their deaths.

The account noted how top-ranking members of the incoming Reagan Administration either suggested that the women had run a roadblock or claimed that they were more political activists than missionaries.

Czerny quoted Pope Francis talking about modern martyrs, whose "numbers attest to the enormity of the tasks of faith, love and justice in our world" and the ferocious opposition of "the forces of despair and violence."

"Jean, Dorothy, Ita and Maura were evangelizers and are martyrs," the cardinal said.

"Jean, Dorothy, Ita and Maura were martyrs at a local, humble level in their work with the poor, with the displaced, with the grieving," he said. "They witnessed to a loving God whose preferential love is for the poor and marginalized."

They, like the crowd in the Gospel of Matthew account, brought "the lame, the crippled, the blind, the mute and many others" to the feet of Jesus, who cured them, the cardinal said.

"The four missionaries also testified to those who have ears but do not hear the cry of the poor" and to those "whose arrogant and cynical eyes do not see" that the kingdom of God is at hand, Cardinal Czerny said.

Remembering their deaths 40 years ago is an occasion of mourning, he said, but it also is a time "to celebrate the triumph of their faith and goodness and God's infinite mercy."