Q & A with Sr. Susan Mika, pushing McDonald's to remove antibiotics from its beef

She has been working in the field of corporate responsibility since 1982, and she understands that gains are often slow, usually incremental, and hard to achieve.

In 2016, the coalition achieved a victory when McDonald's eliminated the indiscriminate use of antibiotics in its chicken supply chain. Since then, Mika, from the Benedictine Sisters of Boerne, Texas, has been leading a push for the corporation to remove antibiotics from its beef supply chain.

The coalition understands animals need antibiotics when they are ill and have no problem with their use then, Mika said. But often, animals at large farms are given antibiotics preventatively; when those antibiotics are the same as those given to humans — 70 percent of the antibiotics that humans use are sold to use on animals, the Natural Resources Defense Council reports — it can lead to antibiotic-resistant bacteria, which can be extremely dangerous to humans.

Just before this interview was published, the U.S. Securities and Exchange Commission proposed new rules that would make it harder for activists to file shareholder resolutions with publicly held corporations, which would make an already difficult job even harder. 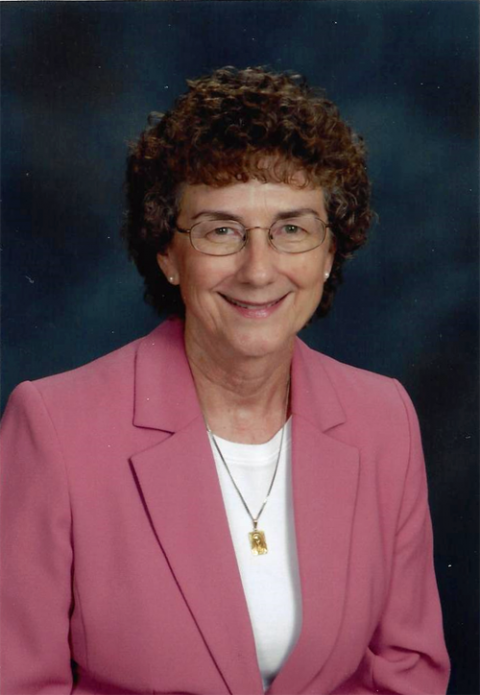 Mika: In December 2018, they published a policy that they're going to be working on the issue, and they've set a few timelines for themselves. After they published the report, we talked with them, and they said if we were to withdraw our shareholder resolution, they'd like to talk to us, and that's what happened. It's motivating.

We always try to talk to companies about whatever our concerns are and then move forward. Other groups are out there doing charts and graphs and giving grades; this is what we do. McDonald's is a leader, and this could be game-changing as they go forward.

Our goal is always to see what is reasonable, what is achievable, and then set some timetables for that. That's how it worked with the McDonald's chicken supply chain, and they've achieved that goal now. We know that it's a process, that it cannot happen overnight.

What goes into the efforts? It must be more than just showing up and making demands.

We do our homework. We study all their documents, formulate our questions and give them ideas, not demands. We always come prepared. Many times, they say we're the most prepared shareholders they have.

McDonald's is especially important because they're so big that they pretty much set the standard for everyone else.

That's part of it too, right? Being a shareholder?

Yes. You have to own $2,000 worth of the stock, and you have to own it continuously for one year. But then you can file shareholder resolutions and have a real voice with the company.

We have received criticism for it. A Wall Street Journal editorial said we should give McDonald's a break. They said that since we only own a few shares, we shouldn't be able to influence a company in this way; that we shouldn't be able to do some of the things we're doing. But that's what federal law says our rights are. So some [corporations] are trying to change the law to say you have to have a lot more shares and keep activists out of things.

And it now appears those efforts, led by a group of corporate CEOs called the Business Roundtable, are paying off.

Yes. We're kind of in the fight for our life with the SEC right now. [Corporations] tried to get laws passed, but Congress didn't do it, so they went to the SEC. The SEC's proposed rules just came out, and we only have 60 days to respond.

Under these changes, instead of holding $2,000 of a stock continuously for a year to file a shareholder resolution, it would have to be held for three years. To file a resolution after only two years would require $15,000 in stock; one year would require $25,000. It would also raise the thresholds for being able to re-file a resolution that doesn't pass. How would that affect your work?

These rules were set up in 1934, but they've been tweaked along the way. And each time the SEC comes out with new rules, it's to restrict what we do. This proposal is 370 pages, so we're still trying to understand all the changes that are proposed. We're asking for an extension of the comment period to 120 days.

What about the effect of social media? You work on efforts that sometimes take decades, but today, something can become an issue and bring dramatic change almost overnight.

It's different when you're on the ground raising those questions. That's when the groundswell can happen. That's what's happening here, where you're seeing action on issues we've been working on for a very long time, where you felt like a lonely voice or sometimes the only voice.

How do you stay motivated when it can take so long to win even a small victory?

I always give the example of apartheid. The Interfaith Center on Corporate Responsibility started that campaign in the early '70s, and they worked on those issues until 1994. It's a long, long struggle sometimes, but there's a tipping point.

We never give up. We're always raising our voices and trying to speak to power. This is one way to have a say in many of the issues of our time.

I understand you usually try to work behind the scenes, try to work with the company, rather than have confrontation. If you have to file a shareholder resolution, it usually means those efforts haven't worked, right?

It's just like any situation: These are complex problems, and they don't have easy answers. But unless we get together and discuss the questions, we're never going to get to solutions.

We don't try to work through [confrontation and bad publicity] ourselves, but because corporations are influenced by any kind of publicity, good or bad, they have to evaluate it. We just try to be very prepared, raise the questions and be informed, and try to come up with ideas for solutions.

Social Justice | Q & A with Sr. Susan Mika, pushing McDonald's to remove antibiotics from its beef