Sr. Catherine McNamee, 'one of the giants in Catholic education,' dies at 89 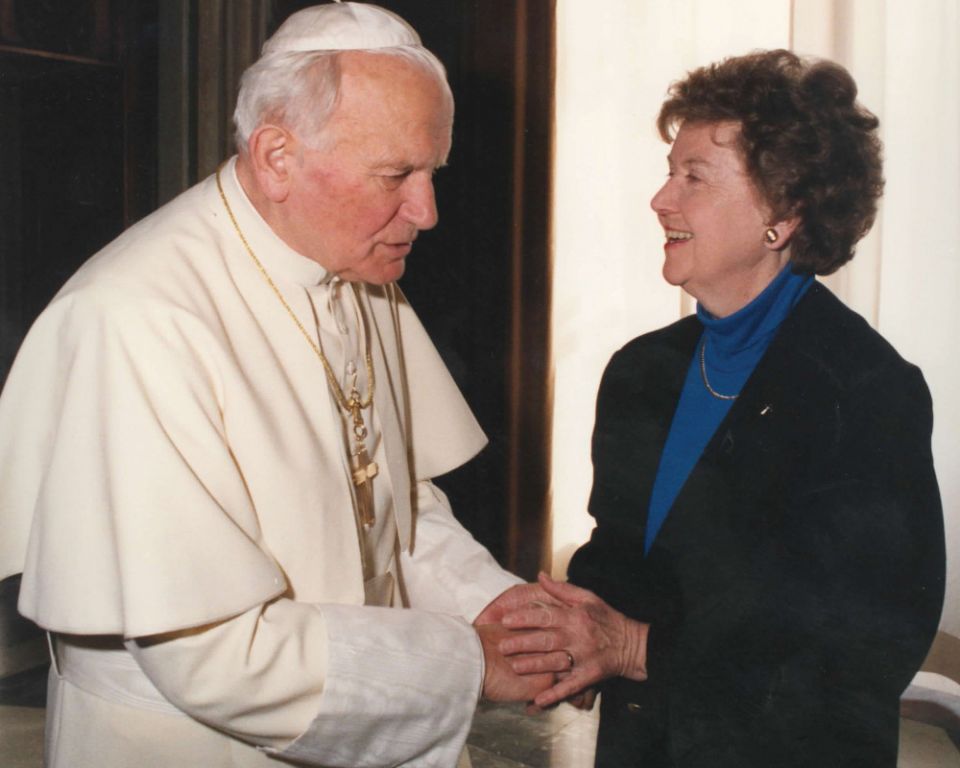 Washington — Sr. Catherine McNamee, a Sister of St. Joseph of Carondelet and longtime Catholic educational leader, died Aug. 30 at the age of 89. She was living at her order's residence in St. Paul, Minnesota.

McNamee, who was born in Troy, New York, and made her final profession of vows in 1965, dedicated much of her life to education. She was the first woman president of the National Catholic Educational Association from 1986 to 1996 and was president of St. Catherine University, a women's university in St. Paul from 1979 to 1984. Over the years, she also held a variety of other positions of leadership in Catholic education.

During her tenure, NCEA convened the National Congress on Catholic Schools for the 21st century which gave rise to the Seton Awards, honoring individuals who have made significant contributions to Catholic education. She also established NCEA's first communications office.

In an interview last year with the NCEA publication, Momentum,  McNamee said one of the goals she had during her time at the association was to strengthen its international presence and participation, which happened in part when she led Catholic educators to meetings with administrators in Russia, Australia and Mexico.

Fred Brigham, a former NCEA executive, said McNamee was both a "national and international ambassador for Catholic education."

He said she will be remembered as "one of the giants in Catholic education on whose shoulders we stand."

Kathy Mears, NCEA interim president, said McNamee is "fondly remembered for her tireless work in Catholic education and her exemplary and groundbreaking work in diversity and multiculturalism."

As part of the NCEA's annual awards, it presents the Catherine T. McNamee, CSJ Award to an individual or institution that offers exceptional leadership in promoting a vision of Catholic education that welcomes and serves cultural and economic diversity or serves students with diverse needs.

A statement from Becky Roloff, president of St. Catherine University, said that McNamee raised the local and national visibility of the university while she was president and "supported initiatives to meet the evolving needs of women, thus honoring and upholding the mission of St. Kate's and its founders."

She said McNamee led the university to pursue other ways to reach students such as weekend and evening college programs, opportunities for nontraditional adult students, recruiting Hispanic students and fostering a more diverse student body.

In 2012, the university established the Catherine T. McNamee International Student Scholarship in her honor. "International students who are selected for this scholarship exemplify her spirit of bold leadership and unwavering commitment to social justice within the global community," Roloff said in a message to the university community.

She said that funeral arrangements had not yet been finalized but asked the school to "please hold Sister Catherine and her family in your hearts."

News | Sr. Catherine McNamee, 'one of the giants in Catholic education,' dies at 89

A Place to Call Home series among awards for writing for GSR, NCR