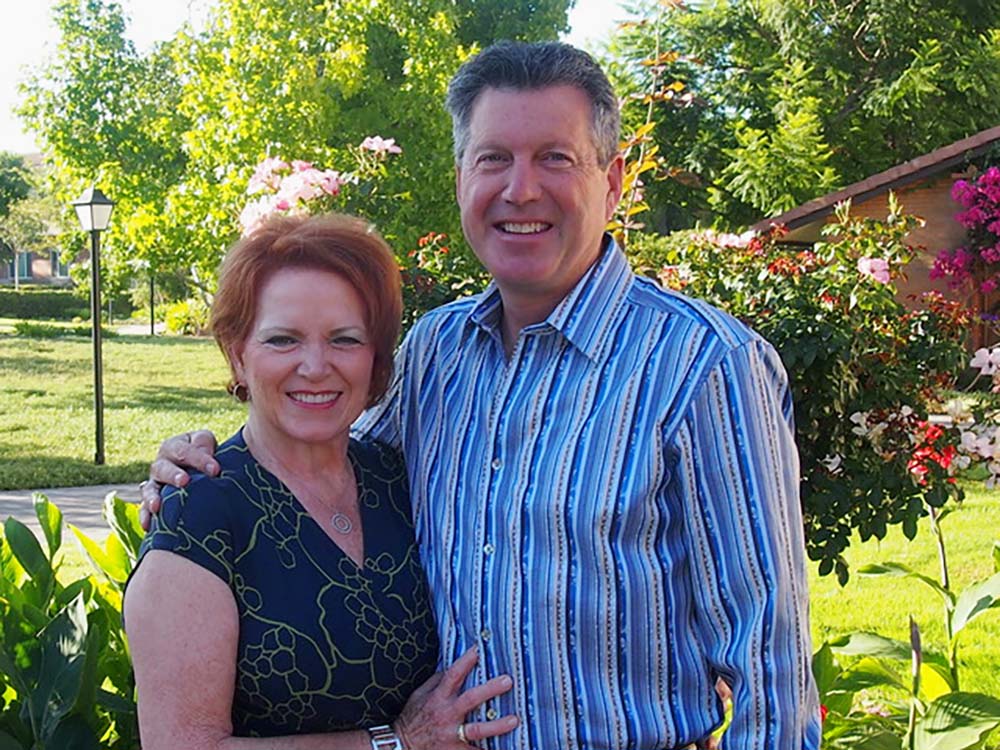 When members of a community or the community itself need healing, they often turn to a married team of psychologists.

Beth Lipsmeyer and Ted Dunn are both licensed clinical psychologists and together form Comprehensive Consulting Services, a St. Louis-based company that works with individual religious and religious congregations across North and Central America, Europe, and Africa.

The two met in the doctoral program at St. Louis University in the late 1970s but then went separate ways. They came back together in 1986, when Lipsmeyer was founding Comprehensive Consulting Services and hired Dunn. They married in 1990.

Lipsmeyer grew up in Arkansas; Dunn, in Connecticut. Lipsmeyer spent 14 years as a Sister of Mercy, while Dunn had been married before. Those varied experiences, they say, give them unique insights to religious community life.

GSR: Beth, people have this image of Catholic sisters as holier than most, but clearly, they are human and have weaknesses like everyone else.

Lipsmeyer: In my journey as both a religious person and layperson, my experience is people are more alike than we are not. People come into religious life with their own history and own woundedness and own brokenness and struggles, as well as their own values, just like anyone else.

"For decades, psychology was not valued. If you struggled, you kept it quiet. And as a result, we have people who've taken final vows with entrenched issues."

One difference is their work: They can transform that woundedness into serving people. But it's a myth that these women are people who are all saints and holy and don't have issues.

And religious organizations also have their share of people who have pathologies, behavior impulse control issues, and people who struggle to live effectively in community. For decades, psychology was not valued. If you struggled, you kept it quiet. And as a result, we have people who've taken final vows with entrenched issues. We do a lot of work with communities on how to deal with these individuals.

Dunn: There are the wounds that come through any life, but there are wounds unique to religious life itself. To live in congregate living all your life brings its own challenges. Our clinical background gives us an obvious appreciation for individuals, but organizational healing is a big part of what we do, training them in a method of systemic change.

There's also the weight of expectations: Out in the world, you present your best qualities, then you go back to community, and everyday life is a real challenge. For some religious, how they present themselves and how they live their life differently weighs on them, as it does with all of us.

Lipsmeyer: But religious have that added layer of societal expectations that have been there for centuries.

How do you train an organization to become one that heals its members and itself instead of hurting them?

Lipsmeyer: We do a 16-day training program called CARE, which stands for "Conversational Approach to Relational Effectiveness." It's not just Communications 101. It's based on the Gospel and Jesus as the man of mutuality. So they learn to share power, share influence and be mutual — it's how we are called to be Gospel men and women.

We teach loving confrontation, because the essence of affirmation is loving confrontation. They need skills in how to communicate about their divisions and how to find their way through conflict, which none of us ever learned in school. You don't end a conversation saying, "We'll agree to disagree." That gets you nowhere.

We do four-day modules every six weeks or so, and they do training themselves in between. First, the individuals change, and then the system changes because now they all have a common language.

Dunn: All the psychological studies on which therapy is best come to the same conclusion: It's not the therapy, it's the compassion you bring to it. When people can hear and appreciate the wounds others are carrying, they can understand and appreciate their pain.

The shame that groups experience because of abuse scandals or other communal experiences is profound. Just getting them to talk about that has a powerful healing effect, I believe. But it's not easy. Sisters historically weren't supposed to talk like this to each other.

Lipsmeyer: We often talk about giving the invisible sisters a voice, the ones who never speak up in community. For decades in religious life, you could get by being invisible. You could get by with superficial relationships. Unlike in a marriage, you can find ways to kind of live on the periphery and be a good sister and also be lonely and unengaged. Your median age of sisters is that generation where silence was golden and turning the other cheek and all that was preferable to confronting problems.

" 'Hope' isn't just a giant, fluffy word for us. We believe that groups can transform themselves. We're offering hope to groups that want to grow."

You have very different backgrounds, but also different styles. Do you find that helpful?

Dunn: We have complementary styles. I have a very eclectic religious background; I don't have the inside experience that Beth had. So my lens as an outsider and her lens as an insider help us see things others might miss. Plus, we're a couple, so we can walk the talk and model what we're preaching. We're not just preaching; we're trying to live it, and groups recognize that and value that.

Lipsmeyer: We've worked with well over 100 groups, and people really like having us both there. Ted is very evocative and can write very well — Ted's books have really put him on the map. I'm more provocative. People will say something, and I'll challenge that. Different sisters relate to our different styles.

It's not easy for people — or groups of people — to really examine themselves and change. How do people respond to your training?

Dunn: The feedback I've been getting is that it's real, it's challenging, and it's hopeful. We do challenge them a lot, but it's because groups are asking us to help them move, to get unstuck or to grow. For some, they want to really transform. "Transform" is not just a buzzword. It's a tough slog. And "hope" isn't just a giant, fluffy word for us. We believe that groups can transform themselves. We're offering hope to groups that want to grow.

Lipsmeyer: It helps that we're not anonymous. We don't ask anyone to do what we aren't willing to do. I'm not going to tell people they need to engage if I won't. I've been verbally attacked by people, and if I play my facilitator/speaker card, that's not going to help. I have to engage them.

We also love what we do and do what we love. I could be retired, but as long as I can think and be helpful and make a difference in people's lives, I want to do that.