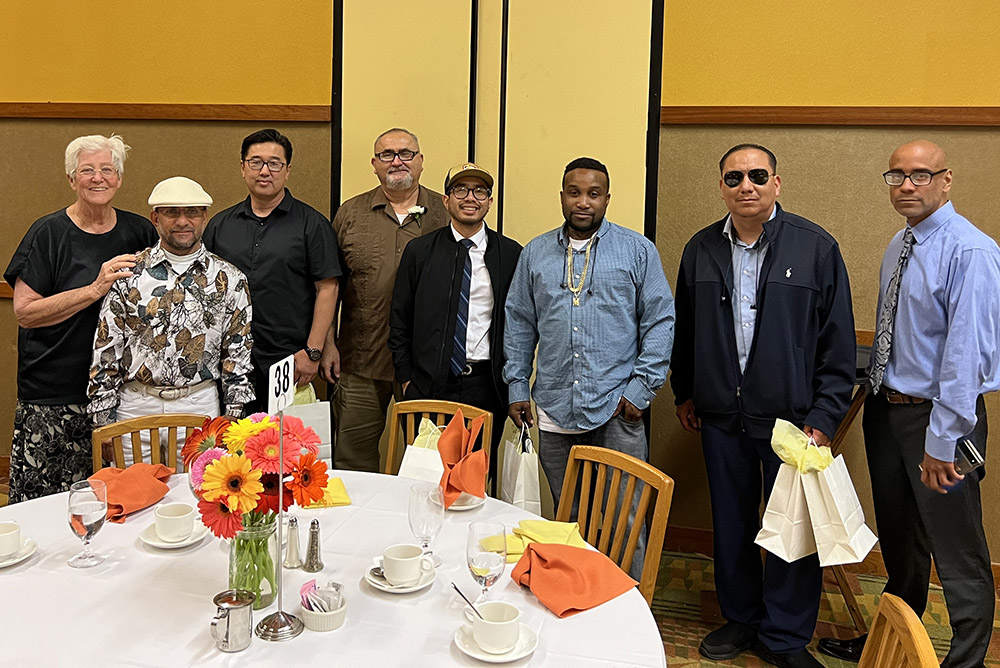 Members of the Partnership for Re-Entry Program attend a May staff appreciation luncheon for the Los Angeles Archdiocese. (Courtesy of PREP)

When Sr. Mary Sean Hodges was 60, she took a year off from her teaching career for a sabbatical. She had been teaching in Dominican schools in California for 39 years and thought that she'd like to do something else that would sustain her for the next few decades.

During that sabbatical, she spent time with Catholic Charities in Tucson, where she accompanied a sister to Arizona prisons. When she returned to Southern California, she visited with a sister in prison ministry there.

"She says, 'What do you want?' I said, 'Reentry.' She said that was what was available. I got hired on the spot," Hodges said. 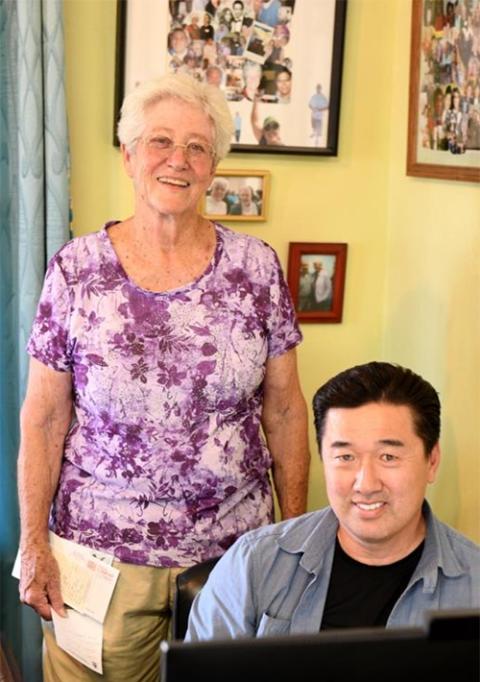 For the last 20 years, Hodges has helped more than 40,000 inmates in dozens of prisons through the Partnership for Re-Entry Program, or PREP, a ministry of the Los Angeles Archdiocese. The restorative justice program provides in-prison coaching and self-development courses that help formerly incarcerated individuals become productive members of society.

The program has an office in Los Angeles with 10 people on staff, all but one of whom have been incarcerated before. The correspondence-based courses PREP offers are in all 34 California prisons and more than 15 out-of-state prisons.

"We're a small program with a huge impact," Hodges said.

Hodges, a member of the Dominican Sisters of Mission San Jose, and Tony Kim, PREP's executive director who was incarcerated for 32 years, discussed their ministry and its impact with Global Sisters Report.

GSR: How did you become a nun and what drew you into this lifestyle?

Hodges: I grew up in California in a strong Catholic family. We went to Catholic school and often stayed after school to help the sisters, who were friendly to us. I think my vocation came from just being close and working with the sisters. It was the Holy Names sisters.

For high school, I went to our own sisters, Dominican, and again, the friendliness was there. In sophomore year, for a weekend, we went up to the mountains with the sisters just for a fun thing. There were things like that which gave us a close connection. I entered immediately after high school. It was as simple as that.

How did you come to found PREP?

Hodges: I did not know anything to begin with, so at first, I did some research visiting other reentry programs. That gave me enough knowledge to begin writing our program. Then, through chaplains, I got in touch with persons in prison to help write courses for us. 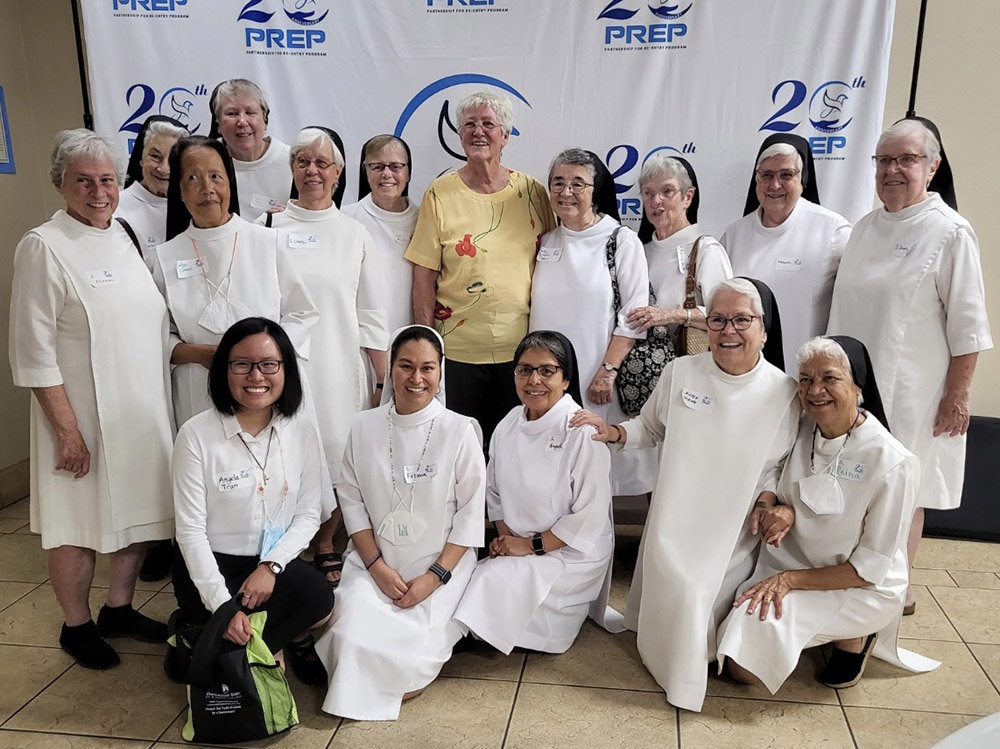 Once we have the topic, whether it's life skills, domestic violence or something else, they get a group of guys together who understand that topic, and then they write the courses. It's worked well because it comes from a prison perspective, not an outside perspective, so it gets related to by those in the inside. They put it in the right language.

Sometimes, the board will say, "You need this specific lesson," such as anger management, so then we find persons in prison who dealt in that area, and they put an anger management course together.

PREP offers 16 courses. Is there one in particular that you think is most significant and impactful?

Hodges: One I think is important is victims' awareness. Like in Hiroshima, a bomber can drop a bomb on a city and continue on, not realizing the devastation left behind. I think that's true in prisons, too. I commit a serious crime, I go into prison. I have no idea, no clue — I live in a totally different world from then on as to what I did, who I affected, what has happened. So victims' awareness does give all the effects of what I have done in my crime and who it's affected and even, for me, why did I commit a crime.

Kim: When people are starting out with the program, one of the first lessons I recommend they do is victims' awareness. One of the main things the offender has to change is to develop empathy. A lot of guys, when they commit their crime, it's done on a very selfish level, and now, with victims' awareness, it gives you insight on the ripple effect of your crime. It's not just about you anymore. 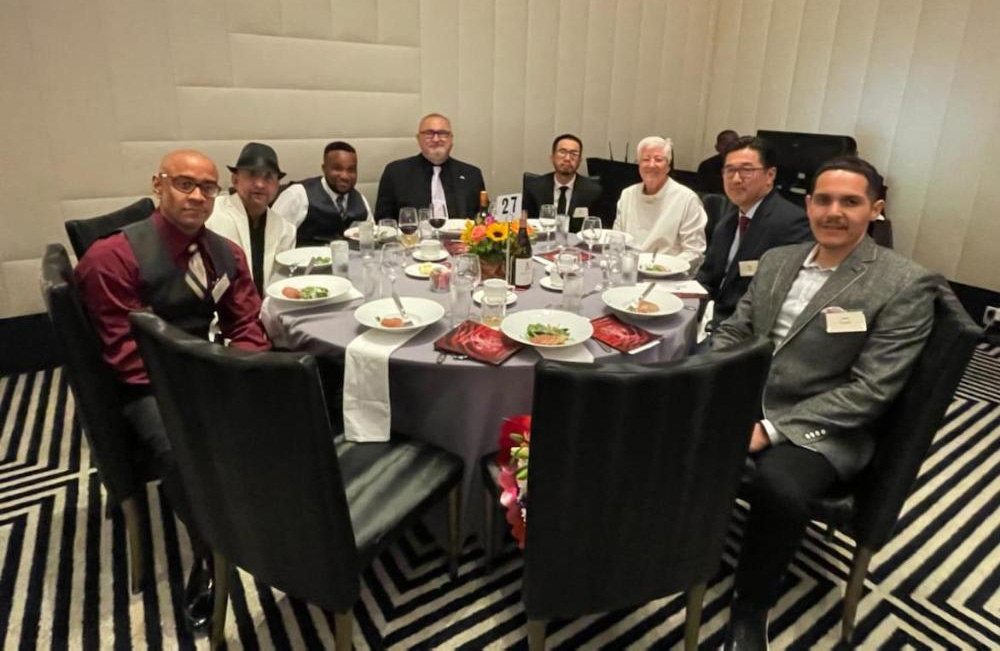 Members of PREP attend an award ceremony for the 2021 Mother Pia Backes Award in March 2021 at Sacred Heart High School in Los Angeles. (Courtesy of PREP)

Hodges: The first part of it is self-assessment. We ask five or six questions that lead into what this lesson is going to be about. Then the core of it is essays. We always ask for four to six essays that have been the content of the lesson and what is your take on it. That is the personal part that everybody has to strongly put in it.

Kim: Our courses average about 16 modules. They finish one module at a time and then send it to us. We'll write a receipt of the lesson they did and then database that lesson then send them the following lesson with that receipt.

After the last lesson, we'll give them a recognition of completion that will prove they completed this course, and they could get that on their record.

Are there any personal challenges you have faced with this work? In what ways has it forced you to expand and grow your spirituality or your personality?

Hodges: The greatest thing that draws me into it is the humanness of people. There is no one exempt from doing wrong. No one. I know that in my own life.

I also know that doing wrong is the steppingstone to come back into my God. And I know I'm forgiven. So in working with the persons in prison, it's the assurance that our God forgives, just totally forgives. Even though a person maybe has to spend all life in prison, our God forgives them.

Our God forgives every single one of us, and that's across the board. That's what keeps me in this work. 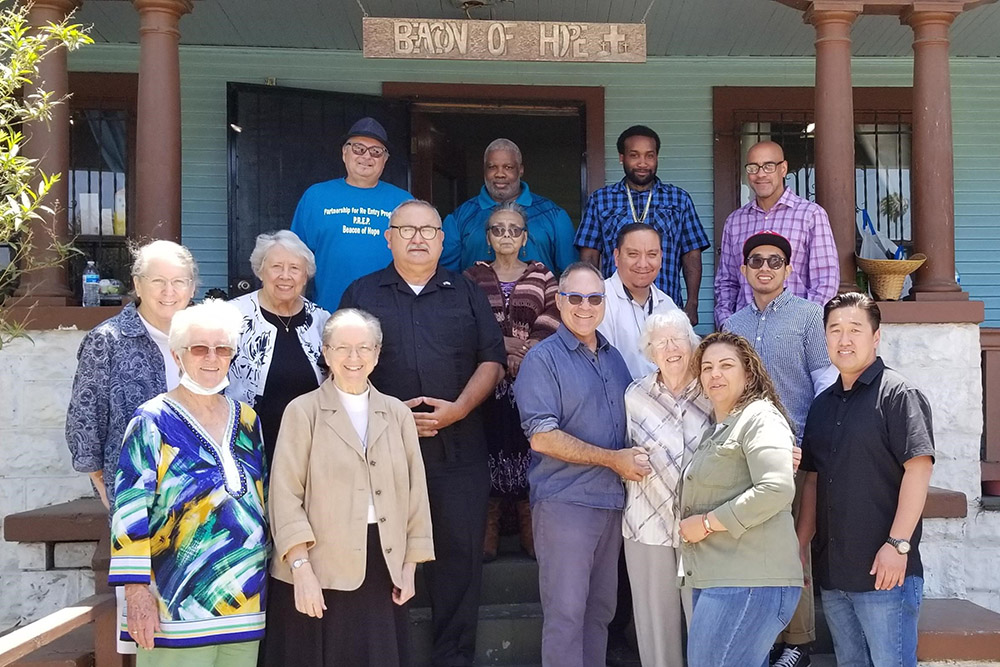 What is your definition of "restorative justice"?

Kim: For me, it means redemption. I think every human being is capable of making bad choices. I'm grateful there are programs like PREP that have allowed me to heal and change so I can come out and be able to reintegrate and come out with a sense of remorse and wanting to give back and change.

There aren't too many organizations that offer correspondent courses. When you do the PREP courses, there's a lot of self-reflective questions. It makes you dig deep and look into who you really are and come to terms with who you are and why you did the things you did. That was very valuable to me during the courses.

What are some of the biggest misconceptions people in the public have about people who have been in prison?

Kim: That it's somebody who does bad things; that it's an evil person.

Hodges: That one, I think, is the hardest. The misconception that a person who's been to prison is a criminal and does evil things. And, golly, the strongest leaders I know are persons who have been through a transformation of prison. They are stronger than the common person because the person in prison has to do the work. A common person isn't going to transform their life because there's no reason to.

What aspects of your faith and spirituality feed into this work the most for you?

Kim: For me, it is just being in a position to be of service for others. What's helpful is a lot of our staff members being formerly incarcerated. It gives the men hope that, wow, they're out there, they're giving back, I could follow in their footsteps, do the same thing, and come out and be able to give back. And we're seeing a lot of that as individuals come out. They are joining different organizations and giving back.

Hodges: I think that's very, very strong. How can I show you that I have changed my life? And that's by giving back to others. I think that's a really strong part of who I have become. And it's my only proof and my only way of showing I am truly, truly sorry for what I've done.