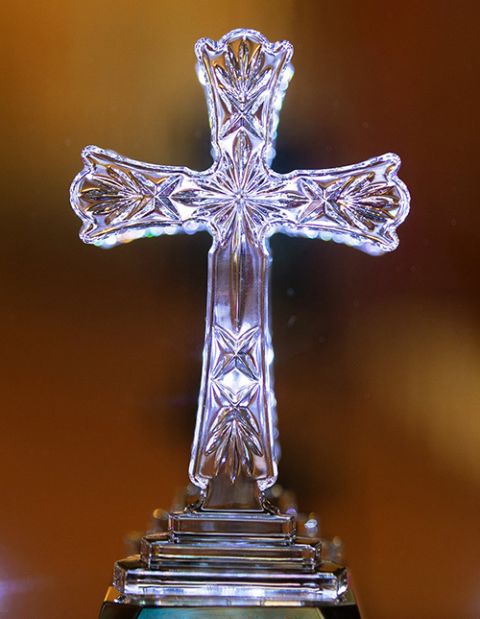 Chicago — A Daughter of Charity in Illinois who serves children and families living in housing projects, a priest who leads a faith community encompassing four churches in western Minnesota and a priest who ministers to four missions in Native Alaskan villages along the coast of the Bering Sea all have something in common.

They are among seven finalists for Catholic Extension's 44th Lumen Christi Award, the highest award the Chicago-based mission organization gives to people "who radiate and reveal the light of Christ" present in the communities they serve.

The other finalists include two women religious whose joint ministry spans eight counties in east Tennessee reaching over 10,000 people, mostly immigrants; a young Catholic mother living in Melvin, Texas, who led the renovation of a mission church; a Mississippi priest working to develop leaders among the Choctaw people; and a couple who are members of the Rosebud Sioux Tribe in South Dakota who grew up in the same Catholic community they now serve, St. Francis Mission.

"During this past year in which many of our schools, church buildings and places of business 'went dark,' we are reminded that the light of Christ never went out in our midst," Fr. Jack Wall, president of Catholic Extension, said Aug. 10 in announcing the finalists.

"The stories of these Lumen Christi Award finalists reveal the many places and ways that the light of Christ has been shining brightly all along," he said.

Nominations for the award were submitted by diocesan bishops from across the United States and its territories earlier this year.

This year's finalists, chosen from 34 nominees, will each receive $10,000 to support and enhance their ministry. From among these finalists, the 2021-22 Lumen Christi Award recipient will be selected. The winner, who will be announced in September, will receive a $25,000 grant, along with an additional $25,000 grant for the nominating diocese.

Catholic Extension has been supporting the work and ministries of the nation's mission dioceses since its founding in 1905. It raises funds to help build faith communities and churches in these dioceses, which are rural, cover a large geographic area, and have limited personnel and pastoral resources.

Q & A with Sr. Simone Cambell

Nigerian youth inspire each other