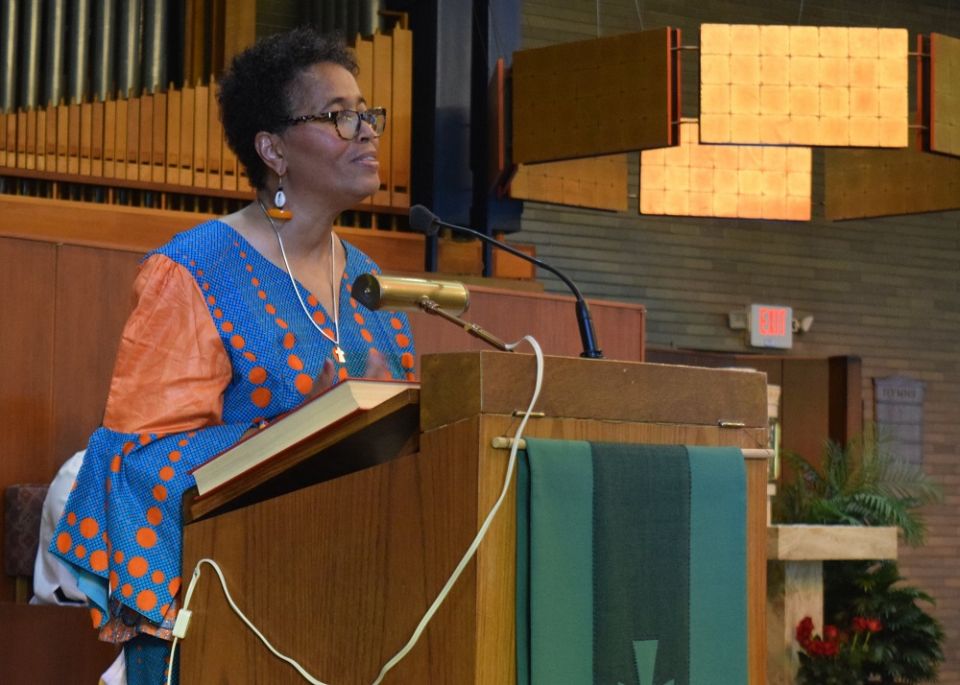 Springfield, Massachusetts — The topic of racism can be a source of conflict. But when Sr. Melinda Pellerin found herself in a conversation with a woman who denied the existence of systemic racism in the United States, she let her faith lead her response.

"I had to come to the point where I can go many ways with this, but I'm going to go the way of Jesus," she said. "I'm going to still look at this woman, as I try to look at everyone, as beloved, a child of God."

Pellerin, who professed her final vows as a Sister of St. Joseph of Springfield in 2019, was the first, and is still the only, African American sister in her congregation.

She was interviewed as part of a television series on Black Catholics produced by the Catholic Communications ministry of the Springfield Diocese. She currently is a pastoral minister at Holy Name Parish in Springfield.

In responding to the Gospel call to seek racial justice, Pellerin said Catholics are well-equipped for the challenge.

"Think of Catholicism and what that word means," she said. "We are family and if the members of our family are suffering, are in pain, or being persecuted, we are obligated to do something about it. And our obligation means to start an educational experience by teaching people about it."

She said the first step in this educational experience is to do something Jesus did very well: listen.

"I want you to hear with your ears and with your heart what this issue is all about," she said to the interviewer, "and, as a white woman, you have not experienced it, but walk with me because I can tell you how I experience it."

Like other Black Catholics interviewed for the series, Pellerin's roots are in Broussard, Louisiana, where the shadow of racism loomed over the most sacred moment of the Catholic liturgy: the reception of the Eucharist.

When Pellerin asked her great-grandmother why she chose to remain in a segregated church, "she said, 'It's not about where I sit in that church, it's about looking up at that cross. And I have dedicated my life to Jesus and what Jesus wants to do. And I'm going to fight so that things will not always be this way.' "

Growing up as a Catholic at the former Holy Family Parish in Springfield, Pellerin still wondered why her family was in "the white church" — until the Springfield Diocese ordained its first African American priest, Fr. Warren Savage, in 1979.

But since becoming a Sister of St. Joseph, this award-winning former teacher has used her educational skills to share the history of Black Catholics, including working with the Federation of the Sisters of St. Joseph to create a "Juneteenth Calendar." 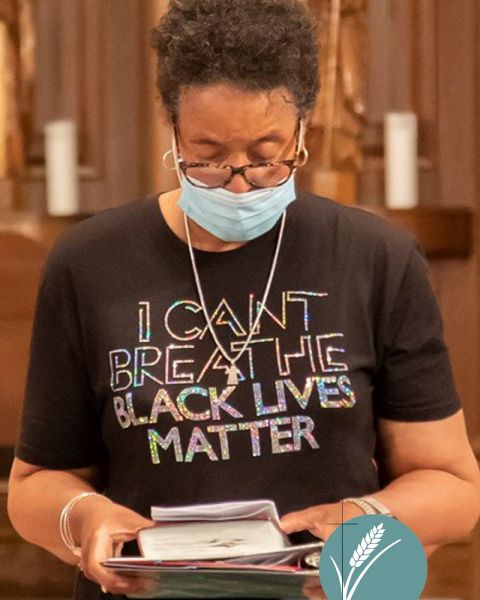 "Every [day] in June. I highlighted a different person from Africa who was a Christian in the early Catholic Church and African American Catholics," she said.

"Black Catholics have dealt with this division in the church since Black Catholics started going to the church and I always say to myself, 'We know how, with no way, we found a way.' And so within this church, and within the segregation of the Catholic Church, our spirituality can come; we can celebrate that."

Suggesting a way to begin the healing process, she cited the example of Springfield Bishop William Byrne, who soon after his December 2020 ordination and installation held a Holy Hour and eucharistic adoration to pray for healing for clergy abuse victims.

"I loved the bishop when he got together, and there was a prayer service over people who have been hurt by priests, and when he was in front of the Eucharist, I kept saying to myself, 'We've got to do this for not only those instances, but for racism in this country: Go before the Eucharist and pray about it.' "

It is the closeness to Christ in the Eucharist, she said, that has provided strength to Black Catholics who have faced discrimination both inside and outside the church.

"African American Catholics understand it through the racism and separation and Jim Crow: They still went into that church and sat in the back and received Communion, whether that priest put on a glove, it wasn't about that glove," she said. "It was about that, the Eucharist, the body of Christ. It's what I will take inside of me and what I will take with me."

Q & A with Therese Stawowy: 'I want to keep feeling that discomfort with white privilege'

Voices being heard: An Advent story of migrants and fair-labor tomatoes