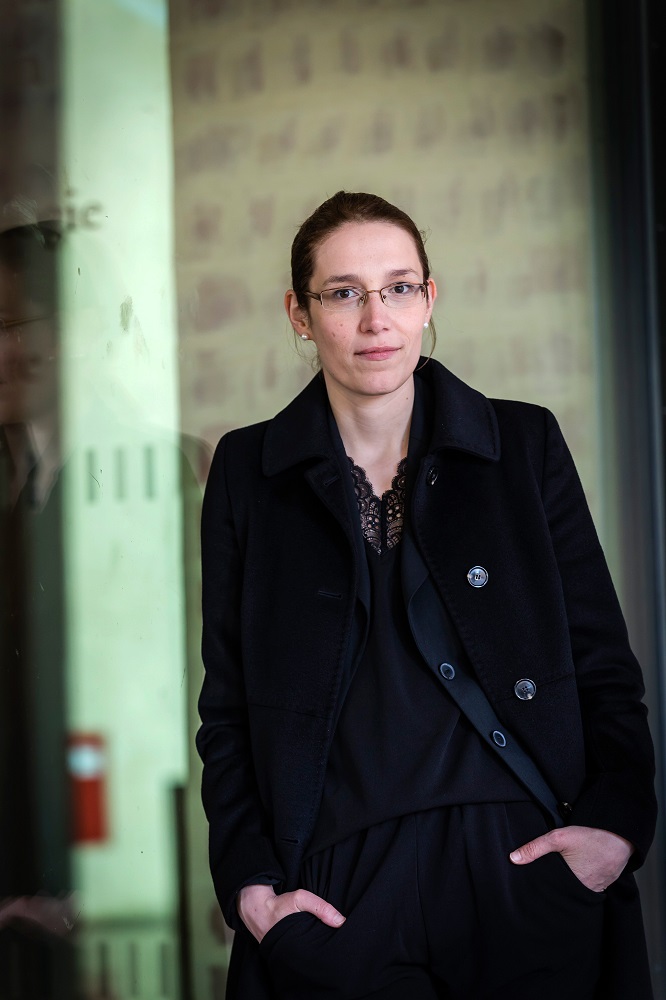 Members of religious orders and other consecrated men and women take vows of poverty, chastity and obedience in the desire to live the Gospel in a more radical way.

It's a way of life embraced as a path to holiness by helping members configure themselves more closely to Jesus in a stable state of life recognized by the church.

"They are ready to give up everything," even their lives, and this readiness and dedication to follow Christ is "impressive" and "wonderful," said Doris Reisinger, a German theologian. But "it's so easily abused and exploited." 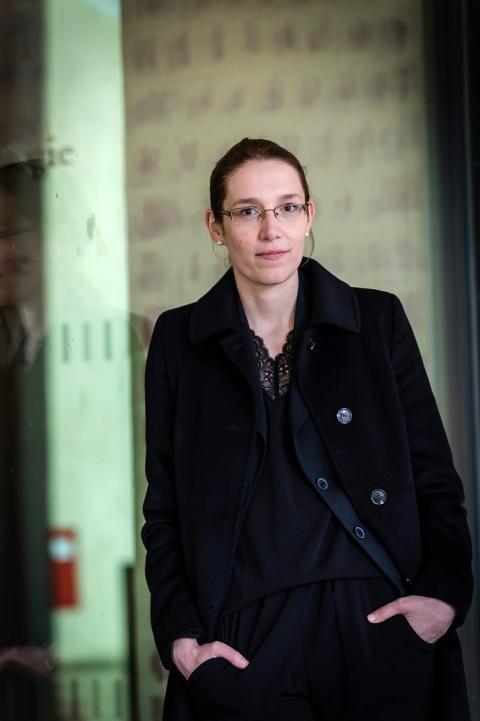 Reisinger, a survivor of abuse inflicted when she was a consecrated member of Familia Spiritualis Opus, also known as The Spiritual Family "The Work," is one of several people highlighting the need to protect the rights and dignity of consecrated women and men.

"People who live together, who promise poverty, chastity and obedience under the guidance of one superior or founder have no enforceable rights," she said. "This is so dangerous" because it is a situation "where cult-like communities can grow."

All members of every Catholic community must know their rights — that "you don't have to put up with everything" — and those rights must be enforceable, she said from Germany, where she is a research assistant at Goethe University in Frankfurt. She and others spoke to Catholic News Service by phone Feb. 1.

A Catholic expert in the psychology of religion and "deviations in the Catholic world" said it is easier for warped teachings or practices to develop in communities that are smaller and have an "excessive veneration" of the founder.

Raffaella Di Marzio is the director of the Center for Studies on the Freedom of Religion, Belief and Conscience and has taught at pontifical universities in Rome. She said it is natural members would feel different from other Catholics because of their more radical, evangelical way of life and committed vows to be more Christ-like. 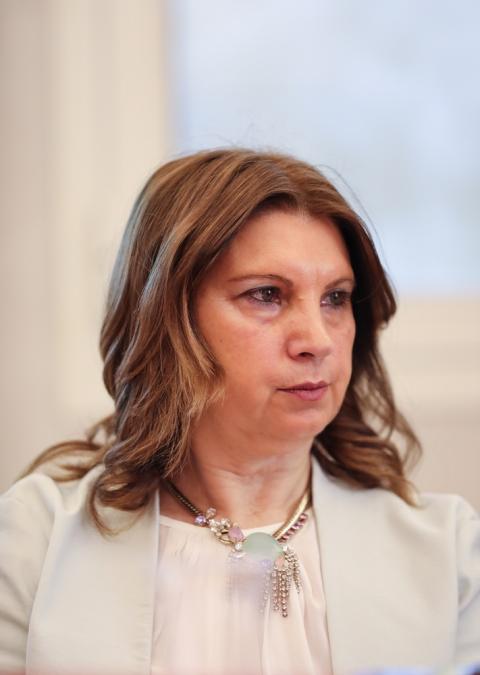 But when this leads to a sense of superiority and "being closer to Jesus than others, then the charism becomes a charism of power, that is, the human temptation to be able to make others do what you want now takes over," she said.

This dynamic between a strong charismatic leader and faithful follower is "a two-way street" in that the leader wields a power that a follower is searching for and willingly submits to, and, if left unchecked, it can lead to even stronger ties to the leader, a fear of persecution and a rejection of dialogue or cooperation with "the outside," Di Marzio said.

"In this situation, anything can happen in that community," she said.

Bishops, who are responsible for diocesan institutes of consecrated life, should pay attention to even the smallest signs of anything "strange," Di Marzio said. In her experience, however, bishops have not been prepared to address the problem and decide to do nothing out of fear of scandal, she said. Instead, they could set up a small group of experienced experts in this field to advise appropriate action early on, before things "get worse."

And when there are accusations of psychological or spiritual abuse, she said, bishops should work with the community's leader and members, including those who left, to correct the situation. But accusations of physical or sexual abuse require immediate and "stern intervention, even at the cost of breaking up the community."

Mercy Sr. Sharon Euart, a canon lawyer and executive director of the Resource Center for Religious Institutes in the United States, said Pope Francis has shown he "has good insight" into some of these problems by enacting new regulations.

Critically, he altered Canon 579 so that bishops must receive permission from the Vatican to erect new diocesan institutes, she said. Before, a bishop only had to consult the Vatican. The new restriction is meant to make sure "there is proper discernment and the need to assess this charism, is it a new charism, and is there a need for this new institute."

The priority in setting up a new institute should be on how members will live consecrated life, not just the ministry it hopes to pursue, she said. 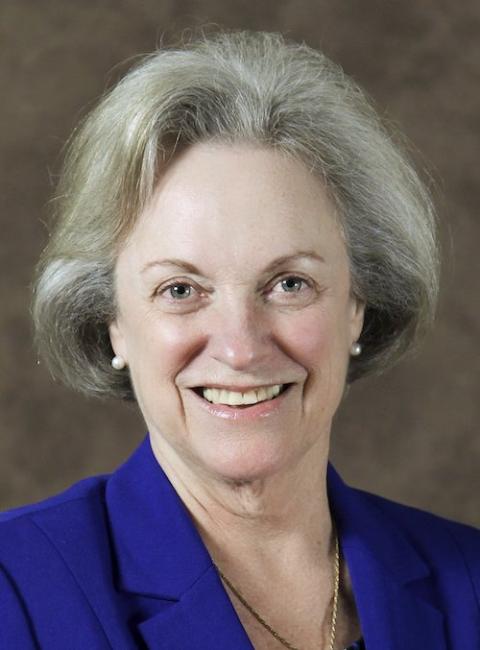 Canon lawyer Mercy Sr. Sharon Euart is a former associate general secretary of the U.S. Conference of Catholic Bishops and now the executive coordinator of the Resource Center for Religious Institutes. (CNS/Courtesy of Sharon Euart)

Pope Francis' 2019 motu proprio, "Vos Estis Lux Mundi," makes consecrated members mandated reporters to church authority for misconduct and acts of sexual abuse or assault, Euart said. Anyone aware of sexual abuse or an abuse of power or authority must report it to a major superior, bishop or the papal nuncio.

However, it is not certain whether every institute has incorporated these new requirements in their own policies and made them known to all their members, she said.

For example, would a current or new member of a community know who to go to with an allegation of abuse by their founder or superior general? she asked. "Is the Holy See structured in such a way and prepared to receive such allegations? Can church authorities accept the responsibility to follow up on these allegations? If not, then people are not going to report."

"Policies are important, but they are only valuable if they're going to be followed," Euart said.

When it comes to transparency, Di Marzio said it must include openness about a community's past.

An institute that was refounded or reformed after an abuse crisis is likely to want to simply start over, follow the rules and guidance of the church and "trust this time truly only in God" and not an individual for their salvation, she said.

While the order or institute would not want to highlight or dwell on the misdeeds of its founder or past members on its website or informational materials, she said, the church should have an updated and authoritative archive of everything that happened in the community from its very beginning, with reports based on evidence, testimonies, church-led investigations and findings that are open and accessible to potential candidates and the general public.

Euart said there is no panacea. "These structures or policies and procedures are not going to solve every situation, but if you begin with something like that, the message from leadership to community is, 'We care about it, we care about you and we will try to protect you.' "