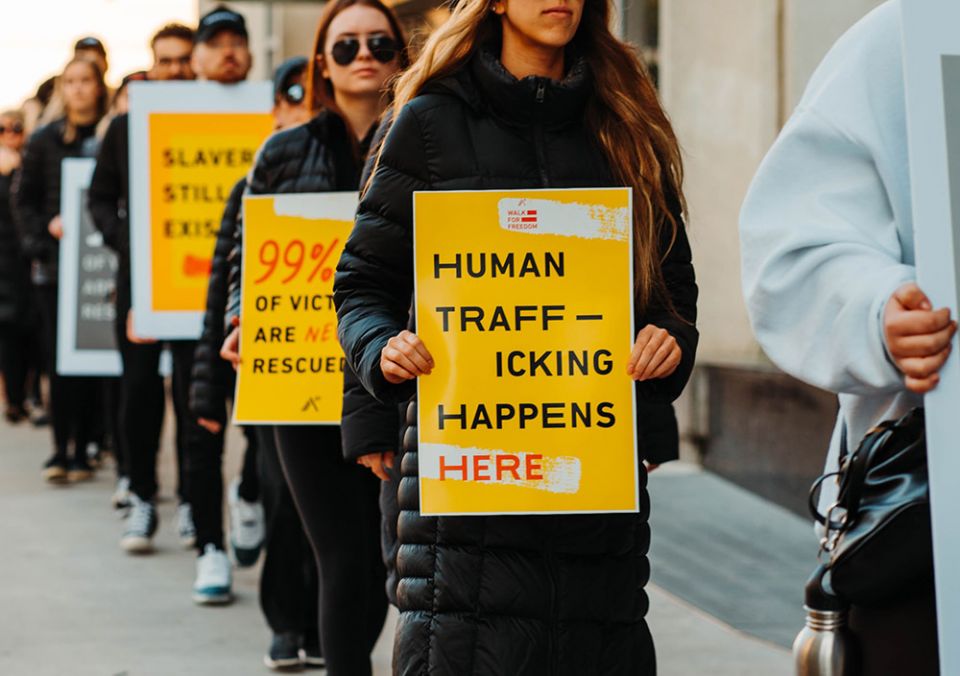 Chains. People locked "together with the weight of an ox-chain in the beating sun forced to walk the distance to damnation" to the slave market. That's a description from Isabel Wilkerson's book Caste, about enslaved people and a type of caste system in the 19th-20th century United States.

Chains. Twenty-first century, women and children bound and walking to another market, not so public but equally damning. The market of human trafficking is silent and difficult to see without a perceptive eye.

On April 18, the League of Women Voters of Litchfield County, Connecticut, and the Litchfield Historical Society presented a zoom lecture on human trafficking. It was given by Alicia Kinsman, a senior staff attorney with the Connecticut Institute for Refugees and Immigrants and a staff attorney for Project Rescue, the institute's anti-human-trafficking program.

On May 1, a workshop on how to recognize human trafficking and what the public can do was given at the Wisdom House Retreat and Conference Center in Litchfield. It was co-sponsored by the Susan B. Anthony Project of Torrington, Connecticut, and the Litchfield County League of Women Voters. The program, using stories, statistics and videos, was eye-opening.

How did these two programs come about? It all started with the feast of St. Josephine Bakhita in February 2021. Congregations of religious sisters around the world were raising awareness of Human Trafficking and asking for prayers for the end of this tragedy. 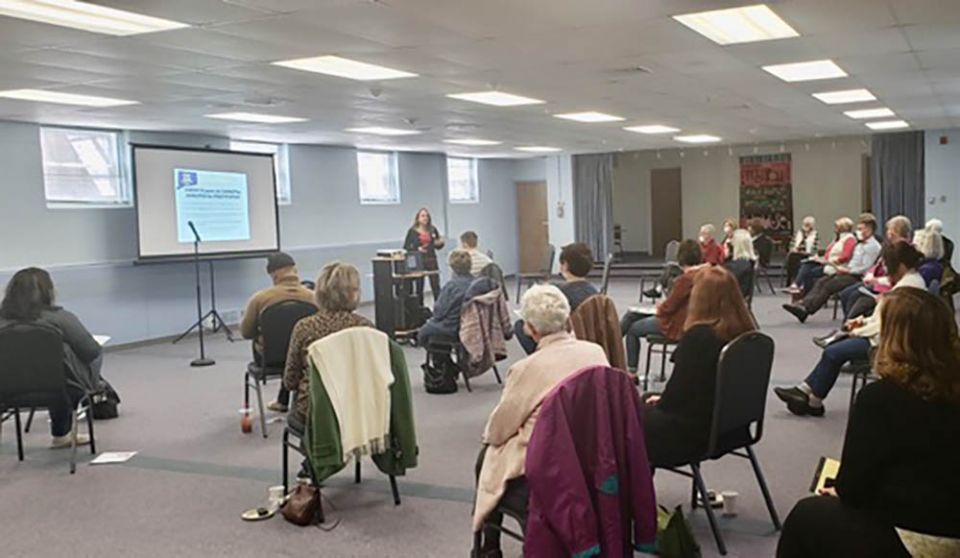 On May 1, a workshop on how to recognize human trafficking and what the public can do was given at the Wisdom House Retreat and Conference Center, a ministry of the Daughters of Wisdom in Litchfield, Connecticut. (Courtesy of Rosemarie Greco)

I was also reading Pope Francis' book Let Us Dream, where he encourages us to "see, judge, act," which, in his words, are "contemplate, discern, propose." I started looking for places where prayers were being complemented with action.

An informal conversation with a local friend led me to the human trafficking workshop of the Susan B. Anthony Project. Another conversation with Lynn Campbell, executive director of the Hartford Archdiocese's Office for Catholic Social Justice Ministry led me to Amirah.

I contacted Amirah, an interfaith nonprofit organization that provides "refuge to those seeking to break free from exploitation and heal in community on their journey toward lasting hope." In this agency, I found what I was looking for, namely, an action to support trafficked persons. Amirah provides aftercare for women who have survived sexual exploitation and sex trafficking. Amirah's safe homes for long-term recovery are in Massachusetts and Connecticut.

This organization provided a way to "Think globally and act locally." After speaking with the directors at Amirah, and discovering that some Christian churches in Connecticut were offering assistance to them, I contacted and met with some pastors of Catholic churches. Some also planned to bring awareness of trafficking to their parish's social justice committee.

Together with Michael Distefano, the faith and justice director of Amirah, we spoke to these leaders and presented the vision for anti-trafficking training and the need for financial support for the safe homes. Such support enables Amirah to facilitate survivor-led groups, offer clinical services, consulting and training services, as well as assisting in regaining documents that may have been destroyed by traffickers. Health and dental insurance, legal support and outpatient care are also provided.

Prayer, a book, conversation: These were the beginnings of the two events I proposed to raise awareness of human trafficking and to support a new safe home in Connecticut. My "mission" had begun and Wisdom House — a ministry of my congregation, the Daughters of Wisdom — was a good place to gather people!

Here are some of the things I learned:

Human trafficking is the trade of humans for the purpose of forced labor, sexual slavery or commercial sexual exploitation. It is a violation of people's rights and dignity. Human trafficking is among the top three illegal sales in the U.S.: drugs, guns, humans. Human sex trafficking is so lucrative because you can keep using the person, whereas once drugs or a gun are sold, those items are gone.

Who can be trafficked? Anyone, especially young people looking for a friend or for love, or an adult looking for employment or a better life. These are susceptible to traffickers, "buyers" who are quick to spot desperation and move in with kindness, gifts, care, a place to live, etc. Then come the drugs, followed by guilt to "return the kindness" of the "buyer-friend."

During the training, eight photos were shown of a young girl who had been trafficked. The visible changes seen in her face over one year of drugs and sexual exploitation were horrifying. The gasps from all of us participants revealed our spontaneous shock. The young girl's face gradually became deformed and stripped of any hope for release.

One workshop participant said," I never knew the extent to which a woman becomes a nonperson, a thing, through trafficking. She not only loses her physical features, but she loses everything that makes her existence real and visible in society. All human dignity is dissolved."

Where do "buyers" find their persons? Everywhere, especially at airports, sports venues, places where people gather in a community. They also hide their trafficked people in both city and rural areas. This happens everywhere. "NIMBY" does not apply here!

Power and control keep human trafficking alive. Once a person is made dependent on drugs or narcotics by the trafficker, they feel they have nowhere to go for help. They stay with the trafficker.

What can be done? We can become aware of the situation and how to identify possible trafficking situations. Some places that offer Training Workshops in my area are the Susan B. Anthony Project; the Hartford Archdiocese social justice office's Human Trafficking Task Force; Amirah in Massachusetts; and Connecticut's Human Anti-Trafficking Response Team (HART). These offer trainings for adults and for school age youth in grades 7-12. You can also find workshops in your area, or information online. Check the U.S. Catholic Sisters Against Human Trafficking site here.

What else can I do? Contemplate, discern and consider proposing and bringing a workshop to your area and help break the chains of human trafficking.

Acting locally is necessary because trafficking is happening in our midst, even in neighborhoods where you would least expect it. This modern-day enslavement is taking place in shopping malls, sports centers, salons, restaurants, bus stops — anywhere people gather.

I am reminded of the hymn, "Open our eyes, Lord; help us to see your face ..." Here, in human trafficking, is that face. Open our eyes. 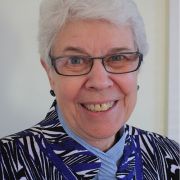 Rosemarie Greco is a member of the congregation of the Daughters of Wisdom. After directing the Wisdom House Retreat and Conference Center in Litchfield, Connecticut, for 27 years, she is volunteering as a hospital chaplain and board member for Litchfield Housing Trust.

'Quaran-team' at Dominican house embraces the beauty of community

Human trafficking: A ripple effect in a sea of exploitation

The power of religion over women in India