by Julie A. Ferraro
Social Justice 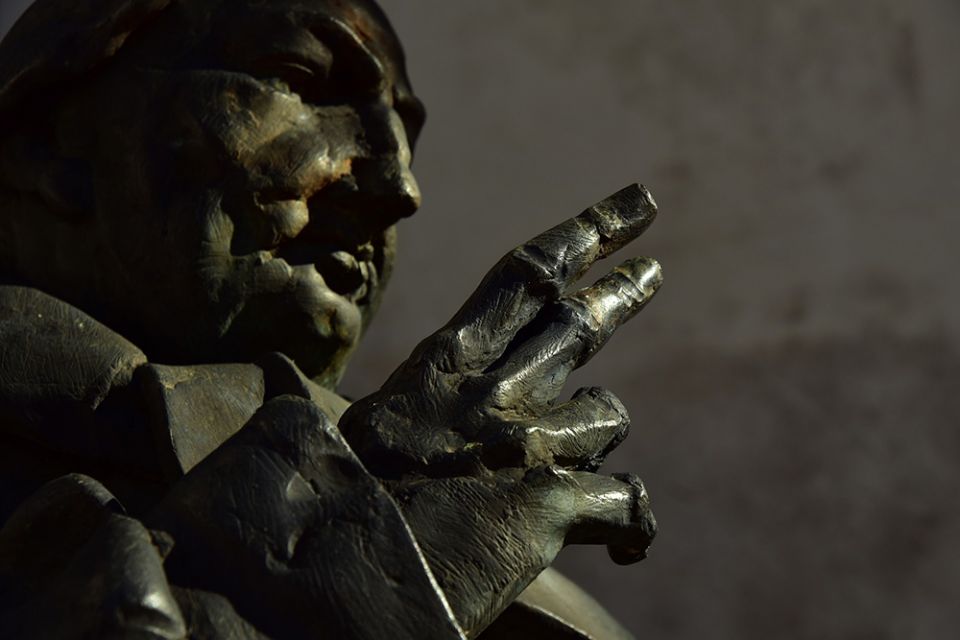 With dismay, I read in early June the Vatican announcement about revisions to Canon Law that criminalize the sexual exploitation of adults by priests who abuse their authority, and by laypeople with power in the church.

These changes take effect Dec. 8, the solemnity of the Immaculate Conception.

Determining the reasons for why this date was selected isn't my purpose here.

It's to raise awareness of another still-unaddressed set of crimes within the Catholic Church: the psychological, emotional and verbal abuse of women religious and laity by priests.

As with so many reports of sexual abuse by priests, I personally know of instances when some bishops and religious superiors scoff at notifications that priests in parishes or various ministries treat women religious and laity like dirt, and make no effort to treat them with respect. These authority figures refuse to investigate the claims, even when evidence is presented, and take no action against the perpetrator.

Honestly, it is a laughing matter with some of those who've faced accusations. One such priest, with whom I had the misfortune to work for nearly two years, consistently denigrated the parishioners and their culture, insulted the women religious who served in the parish, and me, the lone office staff member.

This attitude that the priest had carte blanche to behave as he chose, regardless of how it impacted those he was meant to serve — and those who served with him — smacks of more than mere clericalism, in my opinion. Yet, neither the bishop of that diocese, nor this particular priest's religious superior (or his successor) would take any action. I received politely vague letters from the diocese, and ended up having to resign my position when the religious superiors only added to the abuse by claiming I was lying.

The installation of victim assistance coordinators to deal with sexual abuse victims is laudable, but these officials aren't charged with providing resources to victims of other priestly abuse, as I learned when I reported my abuser.

My body may not have been violated by this man, but my mental state suffered horrendous damage. Whereas the only times I would come near to a "panic attack" occurred when facing needles in a doctor's office, or encountering a snake on a hike, I spent many sleepless nights wondering what I had done to merit statements such as, "You look like s---" or "You look like death warmed over" or, stranger still, "Someone wants to be taken out to the woodshed." He also threatened to send the cat I cared for on the property to the animal shelter if I left my position.

Because his superiors saw that this priest — already in his 70s — had a "few good years of ministry left in him," they would not confront him even about his excessive drinking, or his misappropriation of funds. The priest joked with me once, "I've got money even God doesn't know about."

A homophobe as well, the priest would make derogatory remarks, publicly, about the traits of homosexuals.

That this particular priest isn't the only one who exhibits such behavior has become clear in recent decades. I've heard too many homilies from the pulpit where the celebrant levels veiled insults against the congregation seated before him, or assigns his staff the duties he believes beneath his dignity or not worthy of his time.

Other priests I've encountered over the years say Mass, then sneak out the sacristy door to avoid the people, hiding in their rectory, friary or monastery with instructions not to be disturbed by the needs of their flock.

Recovering from psychological, emotional and verbal abuse by priests is difficult — with some similarities to those who have been sexually abused, and some differences. The likelihood of a post-traumatic stress disorder diagnosis is very real, especially since even stepping inside a church can trigger the memories, seeing a certain statue, a street sign or even a particular type of car.

Not only the mind suffers the aftereffects of such abuse, but the body, as well. Physical symptoms can manifest, which doctors cannot adequately treat because of their connection to the abuse.

The soul may suffer a loss of faith, permanent or temporary. The thought that priests, who've been consecrated to God's service, can treat their fellow human beings — equally children of God — so callously, rattles the belief that an all-loving deity cares for and protects everyone.

Members of the church hierarchy who fail the victims of psychological abuse by priests are equally at fault, and should be held liable. By ignoring the pleas of those who have been emotionally battered by sanctimonious clerics, these men only augment the pain and burden.

On the diocesan level, the installation of victim assistance coordinators to deal with sexual abuse victims is laudable, but these officials aren't charged with providing resources to victims of other priestly abuse, as I learned when I reported my abuser. A lot of the ignorance, from my experience, continues to stem from the concept that psychological abuse — like sexual abuse — occurs in private, with no tangible evidence.

In the instance of the priest who psychologically abused me, I was not alone on many occasions when he heaped insults upon me, or others in the parish. Witnesses were available to be interviewed, to confirm his outrageous behavior.

He should have been removed from his ministry — including prominent posts within the diocese and his religious community — years ago, yet he continues to be lauded as an honorable man, even though I and others heard him express how much he despised the people he is meant to serve.

By focusing only on one form of abuse — whether inflicted by priests or laypeople in authority — the church does a grave disservice to those who fall victim to abuse that falls outside the definition so well publicized in the past two decades. In my case, I simply wished to use my skills and experience to support the priests and sisters with whom I worked.

Not only should accusations of any type of abuse by a priest be thoroughly investigated by bishops and religious superiors, using the same standards outlined for sexual abuse, but all priests should regularly receive psychological evaluations, to prevent them from progressing through behavior that might be deemed simple "clericalism" to something far worse.

Seminaries should be closely monitored in their priestly formation, to prevent instructors from instilling in their students this sense of entitlement and superiority over the laity, as Ken Briggs wrote in the National Catholic Reporter in 2018. The development of such attitudes is the starting point for later abuse — in all forms — of the laity and women religious.

Those seeking ordination should be trained with an understanding that they are servants, not masters. The virtues of humility and compassion should be at the core of their formation, not merely book learning and rubrics.

The recent revisions to canon law should be expanded even further, to include not just sexual abuse, but every type of abuse priests continue to inflict on others. The church cannot ignore these other victims, and must take accountability for the heinous actions of those charged with not only consecrating the Eucharist and administering the sacraments, but caring for all people of God.

Julie A. Ferraro, a journalist for more than 30 years, is a Benedictine Oblate of the Monastery of the Ascension, Jerome, Idaho. She currently serves as social media manager for the Benedictine Sisters of Mount St. Scholastica, Atchison, Kansas.

Strong bonds on the verge of being destroyed