A reminder as Russia invades Ukraine: If you want peace, work for justice 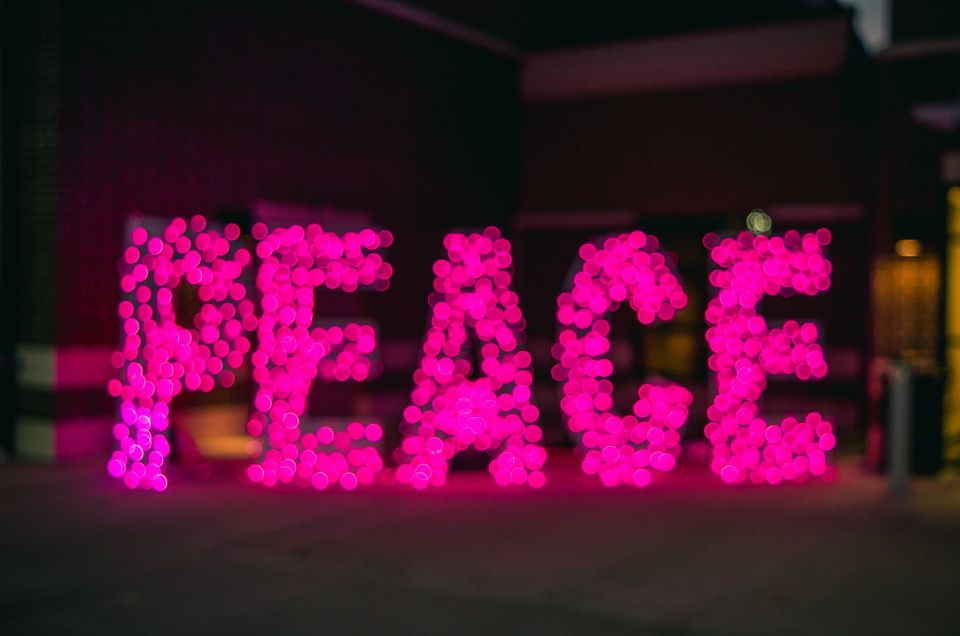 My introduction to justice work was Corita Kent's colorful painting of Paul VI's powerful 1972 statement, "If you want peace, work for justice." I remember seeing it printed on a church bulletin not long after the second Gulf War began. In my heart of hearts, I did not understand how a war would solve the elusive search for weapons of mass destruction, but I was in the minority. A friend's dad even told me that "war is the only way to peace."

Seven years after the United States invaded Iraq, I was working with an Iraqi family in St. Cloud, Minnesota. While helping the family with a health assessment, I naively asked the mother what caused her husband to sink into depression and withdraw. She cried and told me, "This country did this to him. But you also saved him." I learned that he worked at the Baghdad airport and suffered from PTSD. I did not know how to respond, but I just sat with this woman and cried with her.

War, I decided, could never be an answer. It devastated too many innocent people.

Years later, in a John Carroll University class on the just war theory, I again returned to Paul VI's wisdom. In 1965, during the Vietnam War, he said, "No more war, never again war. Peace, it is peace that must guide the destinies of people and of all mankind." Needless to say, I did not agree with the just war theory and, instead, chose to research the just peace theory.

I thought about both these quotes morning as I woke Feb. 24 to news alerts that Russia had attacked Ukraine. My heart sank. I live in a predominantly Ukrainian neighborhood just outside Cleveland, Ohio. Our landlord and her family are from Ukraine. Many neighbors are also from Ukraine. Earlier this week, as tensions mounted, I texted our landlord and let her know that we were praying for her family.

She responded immediately: "Thank you, it's terrible, our oldest daughter, with her family is there, she is pregnant. We are worried sick … please pray for peace in Ukraine! It's hard to believe something like that can happen now."

We could no longer distance ourselves from this war. It became personal. Her daughter had no doubt lived in this house.

That morning, I found myself asking if we really should be shocked about Russia's unprovoked attack on Ukraine. Isn’t it just another war on a long list of violence and wars around the world? Yet, that is exactly why we should be shocked. It seems as though we are moving further and further away from the justice work of peace building. War has become so commonplace that our response has too often become blasé. We post a few Facebook statuses about our support for peace and watch a few headlines before moving onto the daily news.

If we truly say that we are about peace and nonviolence, then we must stand and act in solidarity with all victims of war. We must work for an end to violence and proclaim loudly: "No more war, war never again." Social Justice | A reminder as Russia invades Ukraine: If you want peace, work for justice