Young people of Generation Z are awakening us from our slumber 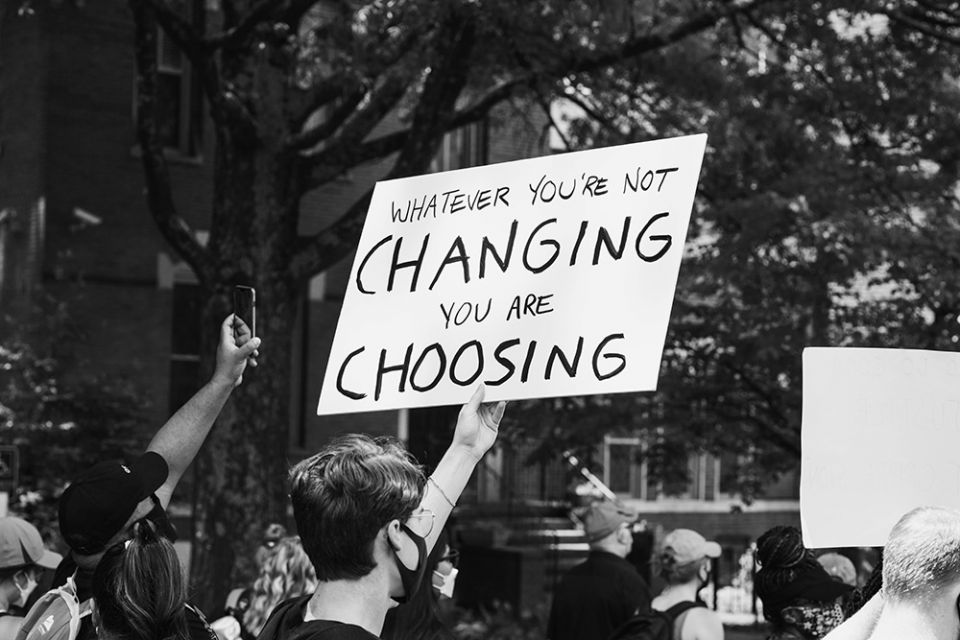 A lot has happened these past few weeks. In the political social sphere, a globally watched election played out (is still playing out), and in the church sphere, the Vatican released the much-awaited report on former Cardinal Theodore McCarrick.

As I lay in bed on a Saturday afternoon, frustrated with the vote-counting process, I was also wrestling with the dawning realization that I was going to have to come to terms with the fact that a very significant number of people I interact with each and every day still cast their votes for President Donald Trump, an endorsement of not just the man but his harmful opinions, policies and practices.

The McCarrick report (which makes for extremely difficult reading) had me bemoan for the umpteenth time, "Who shall guard the guards?" So, my ears and eyes have been tuned to the U.S. Conference of Catholic Bishops meeting this last week to see what their response would be to both the political and religious situations playing out at the moment.

As I write this, seated by the kitchen window of the rectory that my community and I call home, my eyes are constantly drawn to the food distribution going on in the parking lot. It takes place each Saturday.

As the coordinator has shared, the number of recipients had continued to grow with each passing week since the pandemic began. Sadly, this story isn't an exception as we learned through the media accounts of thousands of cars showing up at similar food distribution centers around the country.

This is not a uniquely American problem but a global one. Actually, many of the political and religious issues around the world mimic each other quite closely. And many of these problems can also be linked to a dearth of true leadership, as we see existing leaders fail to address the common good and instead shore up their own interests and systems that continue to benefit the few.

We have witnessed political leaders failing to respond to the coronavirus adequately, with huge amounts of funds and supplies meant for their charges misappropriated by the leaders and their cronies. We have seen politically connected individuals seek to profit from the pandemic — and succeed.

We have seen leaders of various countries weaponize the police, military forces and individuals against those who have raised their voices against immoral and unethical acts by government, leading to a tremendous loss of lives. We have seen religious leaders take sides in political issues and selectively issue judgment and reproach.

In all these situations, those who continue to suffer are inevitably those who are materially poor, belong to minority groups, and who are vulnerable for any number of reasons.

On the other hand, throughout this year, I have also experienced a surging of hope within me. This hope is due to the efforts of young people — Generation Z as they are called — around the world. They have organized protests, crowdfunded and run national and global campaigns through social media.

All around me, I see these groups of people model what community should be all about, by starting food and gardening programs in their communities, organizing carpools and accommodation during protests, fact checking and educating us through their ingenious use of TikTok and other social media, and by constantly reminding us that in any struggle any progress made that excludes the disenfranchised is not true victory but a cop-out.

They have disrupted our usual way of proceeding and we owe them our collective thanks for awakening us from our slumber and stupor.

However, are we truly listening to them, engaging with them and the concerns they are bringing forth? Are we welcoming them to spaces of dialogue and giving equal weight to their words as we do to those with money and wealth, or of the right race, gender and age in society? The church has spent lots of time and money trying to lure this generation back into the pews, but have they spent time engaging with, listening to and learning from them?

Religion has been rightly referred to as the opium of the masses, having been used over the years to keep people complacent in their misery through the misuse of terms such as "redemptive suffering" and by promising an afterlife of abundance. Political leaders do it by scapegoating various individuals and groups within society as violent or as taking away opportunities meant for "us," by coining phrases such as "pulling yourself up by your bootstraps" in an attempt to divert attention away from the true causes of inequality and their own complicity in upholding the same.

However, our younger siblings across the world are calling out the hypocrisy and the dysfunctionality of leaders, policies and structures that exist to shore up the status quo. They inherently understand that everyone is deserving of the basic human rights of food, shelter, clothing, health care, safety and security due to being imago dei. They are aware that there are no stand-alone issues, and thus inequality can only be addressed through the lens of intersectionality, but most of all they know that no one should be left behind.

Sadly, we stand at this juncture in life, after a year that has shaken us all to the core. Those from whom we expect decisive actions, and to speak truth to power, seem to be so far removed from the reality on the ground.

Sadly, what we are witnessing is a leadership — both secular and religious — so far removed from the reality of its constituents, that without wielding clout and displays of oppressive power it is unable to shape, influence or transform the society for any meaningful change.

Who shall guard the guards? It is time to rethink Tertullian's famous phrase of "What has Athens to do with Jerusalem?", because both cities seem to have morphed into one entity.

[Sr. Mumbi Kigutha, a member of the Sisters of the Precious Blood - Ohio, was born and raised in Kenya. Currently, she is based in Chicago as a part-time international consultant for the reconciliation and social cohesion department of the Jesuit Refugee Service.]

Classroom questions and answers on God and life's fairness