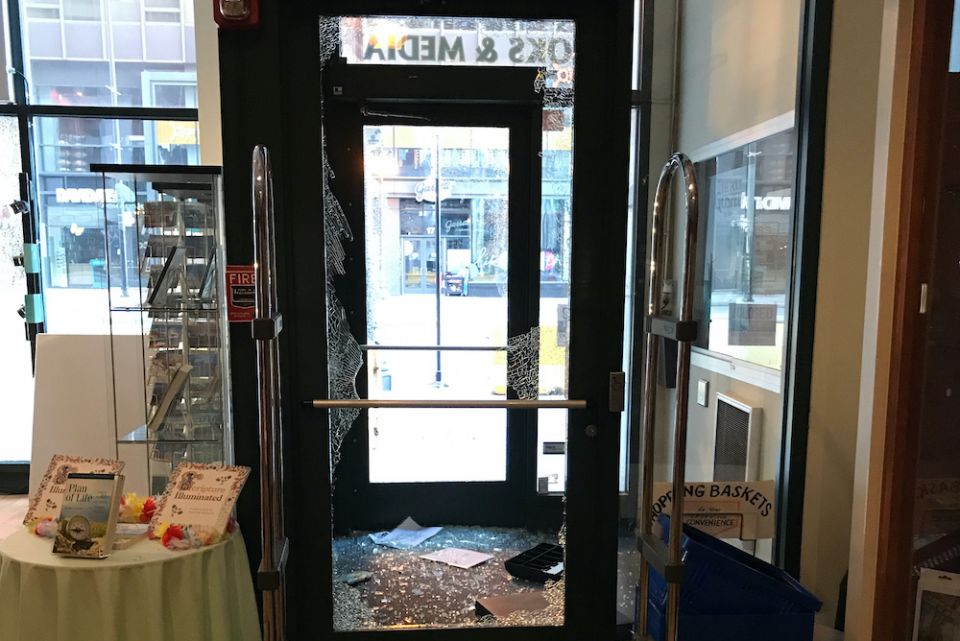 The main damage to the Chicago Pauline Books and Media store following the May 30 protests was at the shop's entrance. (Provided photo)

Just before a break-in triggered their bookstore's security alarm around 11 p.m. May 30, the Pauline sisters poked their heads outside their building on Michigan Avenue in downtown Chicago, where they live on the floor above the Chicago Pauline Books and Media shop. The sisters had gotten calls from friends to be alert, as the protests against police brutality that Saturday escalated on their street, with looting and nearby buildings set on fire.

Checking Twitter, Daughter of St. Paul Sr. Tracey Dugas saw a video of a nearby shop owner trying to defend his store only to get beaten by a group of about a dozen men.

"This was not something we've dealt with before," she said. She and her sisters hurried back upstairs. The alarm went off for about 15 minutes every two hours through 4:30 a.m.

The following morning, they found that looters had broken the glass doors and stolen the cash in the register, but there had been no ransacking.

"That we attribute to God's protection and grace," Dugas said, as much of downtown experienced fires, shootings and chaos.

The protests in support of the Black Lives Matter movement followed the May 25 death of George Floyd, a 46-year-old black man in Minneapolis, Minnesota, who died after police officer Derek Chauvin, with three other officers looking on, knelt on Floyd's neck for almost nine minutes. A bystander recorded the incident, and as the video went viral, so too did protests across the nation the following weekend.

So last night our bookstore in Chicago was looted.
I'll bet people were really disappointed when they got home and found that all they had to show for it was a handful of religious books.

Though Dugas said she remembers feeling that the protests "sounded peaceful, like they were getting the message across on combating prejudice and treating everyone with dignity," she saw from a window that the main objective for some in Chicago quickly switched to active destruction: "Drivers emptied their cars, and people ran into stores to get as much as they could and [would] jump back in and take off. Car after car was doing this."

At one point, someone started shooting into the air. (Someone was shot and killed that night.)

"This was escalating an already volatile situation," she said. "What we were observing, it just seemed like that was the purpose. That was a stark contrast to what we understood the protest to be about." 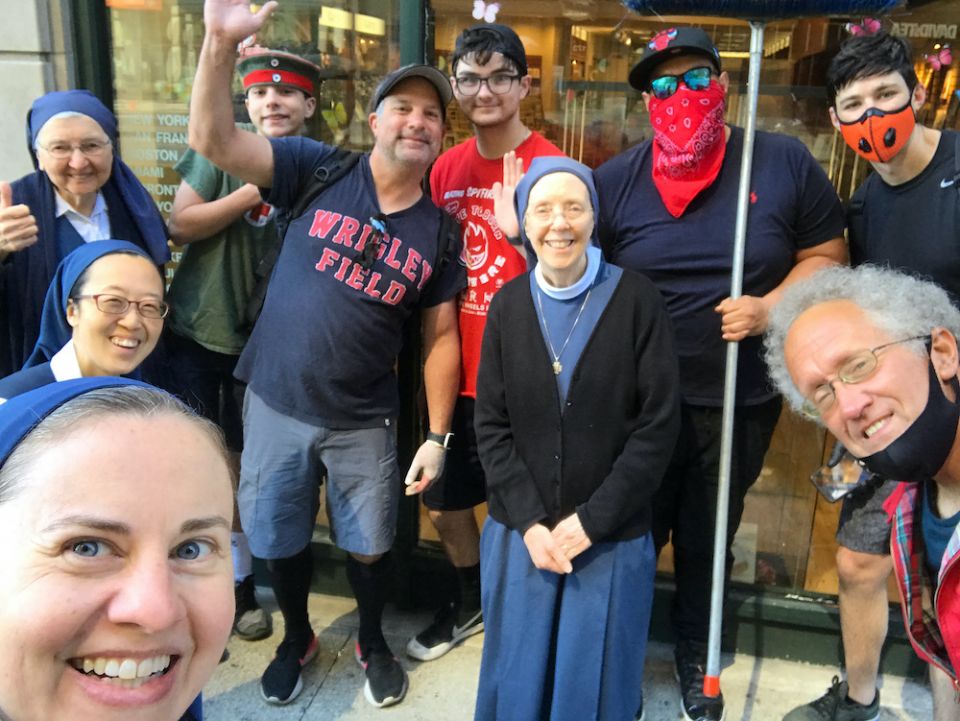 "If your purpose is to build a just society ... I didn't see how that made sense at all."

Dugas said she thought of St. John Paul II's encyclical Dives in Misericordia, which said true mercy is "the most profound source of justice." How we build our communities, Dugas said, should start with the Christian message of beginning with our own minds and hearts, which for her then leads to examining her own area of influence.

The morning after the break-in, the sisters cleaned up their bookstore as best they could, boarding it up temporarily with plywood until the carpenters are able to reach their part of the city.

But right now, she said she thinks people need to "contend with things that perhaps we haven't permitted ourselves to before or have been complacent about.

"It's like putting a mirror in front of us and having to reflect on what kind of society are we building by my behavior," she said. "How the church can help us do that is by example." 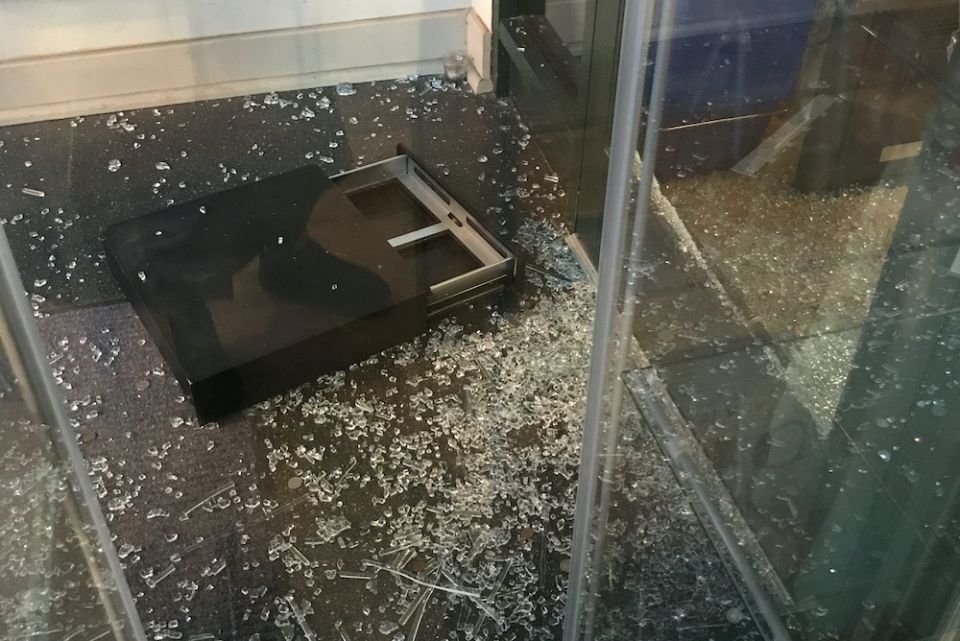 This Lent, let's create clean hearts by repenting for our collective sinfulness

Deported from Philippines, Sr. Patricia Fox stays in solidarity over the distance