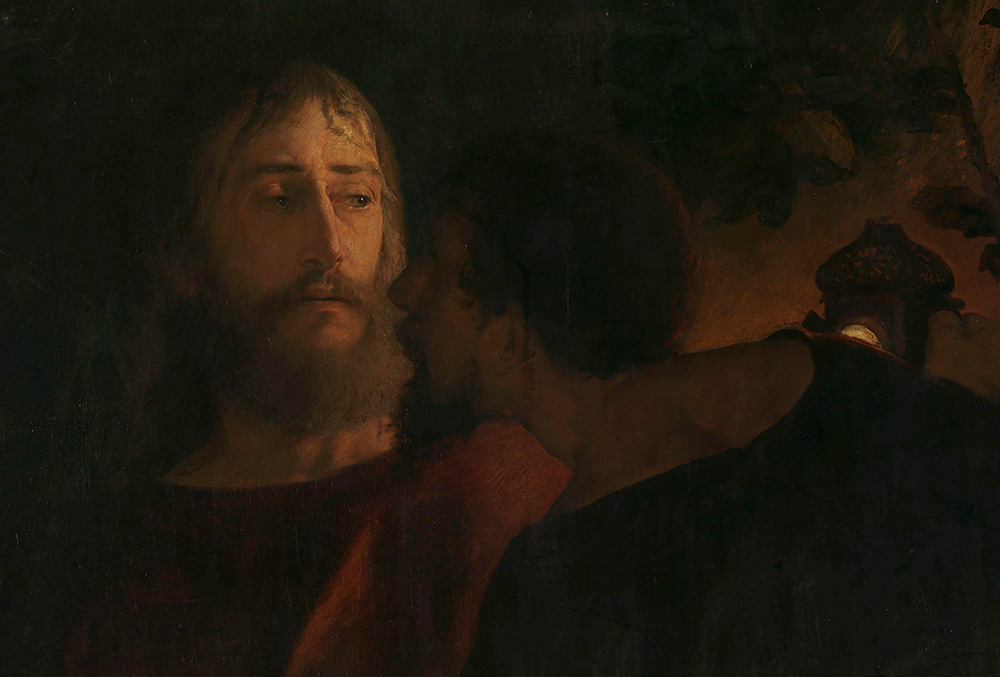 Even the most casual reader will agree, Scripture lacks character development. With few exceptions, we know very little about the people we read about and pray with in Scripture. With Lent and Easter in the rearview mirror, one such character keeps distracting me: Judas Iscariot.

He was part of Jesus' intimate group, his groupies, as my students would say. As we read the Holy Week Scriptures and tried to apply them to the lived reality of 2022, everyone was fascinated by Spy Wednesday and the person of Judas Iscariot. The students knew only of Jesus being sold out by Judas. I was prepared to discuss human trafficking and enslaved people as modern examples. I wasn't prepared for where this lesson would lead me so many weeks later.

My students were quick to point out buying and selling of people still happens and is sometimes completely acceptable. They brought athletes into the conversation as examples. Colleges vie for athletes, offering scholarships that include everything imaginable to convince the young person to "join their team." There is big money, tens if not hundreds of millions of dollars, in college athletics and with it comes great pressure to have successful seasons.

Professional sports are similar; athletes are traded (aka sold) on a regular basis. It is rare to find an athlete who starts and finishes a career with one team; sometimes it's their choice and sometimes it's the choice of the team. Follow the money — looking for their own gain regardless of how many times it means moving to new teams and locations and/or disrupting lives. Many fans follow people as opposed to teams.

The same can be said for more everyday professions as well. I worked in a school where teachers lasted two or three years before moving on to somewhere (or something) else with more money and benefits. That's not to say they weren't good teachers, but the constant turnover was hard on the school community, where relationships are as important as curriculum.

More recent experience showed me the same kind of thing is happening with medical professionals. The pandemic put great strain on the health care system. Nurses especially were recruited if they were willing to "float" between facilities; the "plus" for them was double or triple their normal wage.

There were more examples of people being bought and sold than I had expected. My students clearly understood what could have tempted Judas. Lesson over, and on we went to the next topics after Easter.

Lent was a distant memory when the Gospel "call of the Twelve" reappeared and there was Judas again. Let's be honest, Jesus' groupies were an odd bunch. Peter was impulsive and passionate; James and John wanted to be noticed; Thomas believed nothing without proof; you get the idea.

And poor Judas, a rule-follower and smart businessman with "official" contacts — his gift and curse. People of every and no religious tradition recognize his name and recall none too fondly.

Kind of out of the blue the question came — how am I like Judas? That will stop you in your tracks. It sure did me! Based on the animated classwork around Spy Wednesday, I knew I couldn't ignore the question even though I was adamant — I was in no way like Judas!

I came of age during the time of the El Salvador martyrs. Óscar Romero and the four churchwomen of El Salvador were martyred when I was in high school. Early in my community life, Darlene Nicgorski was prosecuted for her work in the Sanctuary Movement and the Jesuits were martyred.

With a background like that, there was no way I could be anything like Judas! When I decided to be completely honest with myself, I realized I am more like him than I care to admit.

I'm a pretty good rule-follower; that in itself is not bad. But when the letter of the law gets in the way of the spirit of the law — then I'm Judas. For example, the student I find challenging gets "dress-coded" faster than the more likeable one. The first gets no chance to explain; the second usually does.

The co-worker who isn't pulling his/her weight, at least in my eyes, gets talked about far easier than the one who goes over and above expectations. I know how to work a room, how to make sure me and my "accomplishments" are seen by the "most important" people. Clearly, I'm Judas here, too.

When I learned that the man who killed one of my sisters in community and the sister she lived and worked with may be ill, I am ashamed to admit I was pleased. I am most definitely Judas here.

I reluctantly have to admit I am like Judas and I may be like him more often than I realize. What to do with the newfound insight? I need to learn to embrace "my" Judas. In that process, maybe I become more understanding and compassionate and accepting of those I am all too quick to judge. A simple class assignment sure messed with me!