Celebrate St. Mary Magdalene and her brave witness to the Resurrection 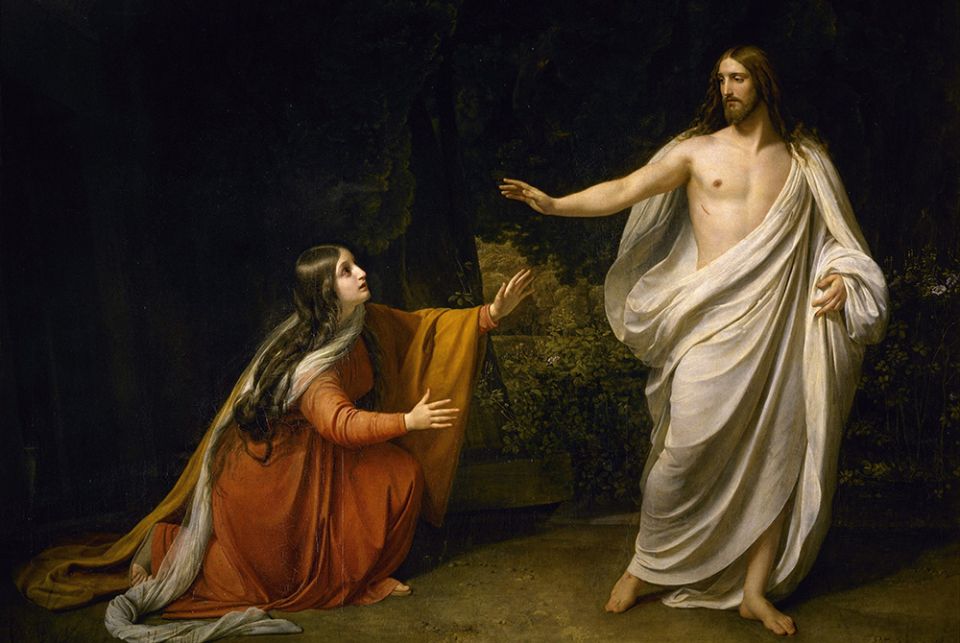 Editor's note: A version of this column previously appeared here on the website of the Sisters of Providence of St. Mary-of-the-Woods.

What image comes to your mind when you hear the name Mary Magdalene? A woman with loose, long hair holding a skull? A woman scantily dressed, prone on a rocky entrance to a cave?

Or do you see, in your mind's eye, a woman startled by the risen Jesus near his empty tomb? A woman standing with authority in front of the disciples of Jesus telling them what she witnessed at the tomb? So much of what we think about Mary of Magdala has to do with how her story has devolved and evolved throughout the millennia.

Let's begin with Scripture. Mary of Magdala is mentioned 12 times in the canonical Gospels, more than any other woman after Jesus' mother Mary, according to US Catholic. She is specifically named "of Magdala" or Mary Magdalene, after the town of her birth. The accounts of the resurrection are at the heart of Mary's relationship to Jesus and his mission, and are the reasons St. Thomas Aquinas named her "apostle to the apostles." 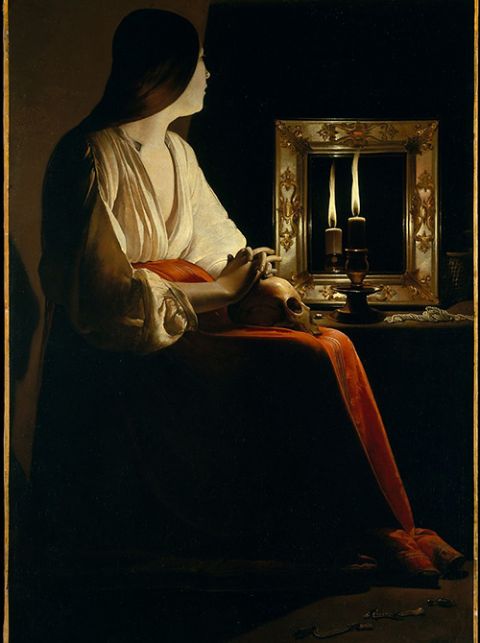 "The Penitent Magdalen," a circa 1640 painting by Georges de La Tour (The Metropolitan Museum of Art)

Each of the four canonical Gospels has a different version of what occurred after Jesus was entombed. In St. Mark's Gospel, we are given two accounts. In the first, Mary of Magdala and Jesus' mother Mary are present and watch as Jesus is laid to rest in the tomb. That is the end of the first version.

Chapter 16 was added later and in that account, Mary of Magdala, Mary the mother of James, and Salome arrive at the tomb to anoint Jesus. They are met by an angel who tells them that Jesus was raised from the dead and they are to tell Peter and the apostles. In Matthew, Mary and another woman identified as "the other Mary" witness Jesus' entombment. They return after the Sabbath to anoint Jesus and are met by an angel who tells them Jesus will encounter them on their way to Galilee. They do see Jesus and embrace his feet. He instructs them to tell the apostles that he will visit them in Galilee.

Luke's account mentions the women who come to the tomb for the burial preparation: Mary of Magdala, Joanna, and Mary the mother of James. They are told by two angels that Jesus has risen. They leave and tell the apostles.

John's account is very different from the synoptic Gospels. Jesus reveals himself to Mary after Peter and the apostles see the empty tomb and leave believing that Jesus was raised from the dead. Mary stays and weeps. She enters the tomb and sees two angels. After a brief exchange, she meets a man she assumes is a gardener, then realizes it is the risen Jesus; she cries, "Rabbouni!" She is told to go to the apostles and tell them what she has seen. At first, they are incredulous, and then believe what Mary has told them.

Though the accounts vary, Mary of Magdala is the constant in all the renditions. She is the one who tells the apostles that Jesus has risen. And yet, the popular image of Mary Magdalene is of a repentant sinner, a prostitute. How did that happen?

The metamorphosis happened when Pope Gregory the Great conflated different women in the Gospels into a new and different Mary of Magdala. Here is the mix: First there is Mary of Bethany, sister of Martha and Lazarus who anointed Jesus' feet and dried them with her hair; then the unnamed adulterous woman whom Jesus saves from stoning. There is another unnamed woman identified only as "a sinner" who anoints Jesus and also dries his feet with her hair; and finally, Mary of Magdala, from whom Jesus exorcised seven demons.

Biblical scholars give us an insight into the interpretation of those suffering from severe ailments. They were understood to be demonic in nature. from biblical scholars has explained that in the ancient world, severe ailments, especially those that were not readily obvious, were deemed to be demonic. Whatever ailment Mary suffered from must have been serious. When Jesus healed her, she became his devoted follower.

What were Pope Gregory's (c. 590-604) motives for this confusing action? There are theories that have to do with the tensions between the Western and Eastern Churches. The Eastern Church did and does to this day recognize Mary of Magdala's important influence as a leader in the early church. In the Eastern Church, Mary's story remains intact. She is portrayed in works of art instructing the apostles.

During his papacy, Gregory was consolidating the governing system in the Western Church and might have considered the prominence of women as an obstacle to his vision. Whatever the motive, the model of Mary Magdalene as a prostitute and reformed sinner took hold and became a favorite subject for artists for millennia.

In 1969, Pope Paul VI untangled the "Mary web" making a distinction between Mary of Magdala, Mary of Bethany and the unnamed "sinful woman." That began an unremarkable acknowledgement that Mary of Magdala was a prominent follower of Jesus and was again referred to as the "apostle of the apostles" recognizing her distinctive role as the bearer of the news of Jesus' resurrection to the other apostles.

However, not until Pope Francis elevated her status in the liturgy (from a memorial to an official feast day on July 22) did the entire Roman Church acknowledge the canonical recognition of St. Mary of Magdala.

The more I learn, the more I ponder. First century Jews were not inclined to regard women's presence as important, and certainly not gentile women. However, Jesus engages with women, Jewish and gentile, in a deeply spiritual manner. He has some of his most significant conversations and encounters with women in the Gospels: the woman at the well; the woman healed from hemorrhaging; the gentile woman who chides Jesus that even dogs are fed crumbs from the table; his conversations with Mary and Martha; and the woman caught in adultery.

Could Mary's presence as a prominent follower have given Jesus an insight lost on the men of his time? Mary's presence surely encouraged other women to follow Jesus and the Way. She is described in Luke 8 as a woman of means, which implies that she could have provided for some of the needs of the group. Was she widowed? Did she come from a wealthy family? We don't know. What we do know is that she is mentioned by name 12 times in the canonical Gospels. What is she to us today?

Her single dedication was to Jesus and his message. Her belief led her to Jesus who healed her. Her suffering must have been great, because from that moment on, she joined the apostles and others who follow Jesus from town to town to bring the good news.

So great was her love and devotion, even after witnessing the gruesome torture and crucifixion, that she went bravely to Jesus' tomb to anoint him. Faithful in all circumstances, she is a model of resolve, dedication and compassion. She is a model for women leaders and those young women who look for female models of faith leaders.

Nothing deterred her from her commitment to the Way that Jesus and his followers forged for all. We all continue that legacy of faith. In this Easter season, let us celebrate Mary of Magdala, saint of God. 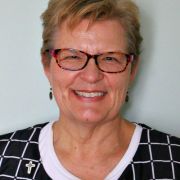 Sue Paweski has been a Sister of Providence of St. Mary of the Woods for 22 years. For 10 years, she has ministered in the advancement office of her congregation. Currently, she is co-director of her community's associate program.

Spirituality | Celebrate St. Mary Magdalene and her brave witness to the Resurrection

A Midwestern sister retreats to the desert

3 lessons I learned from a squirrel