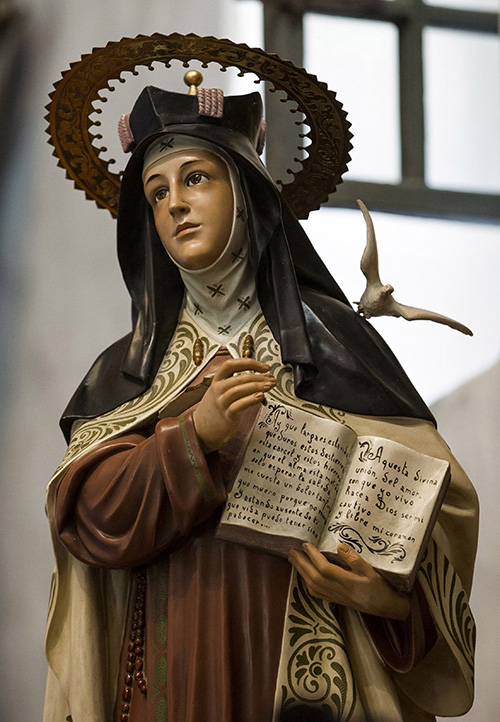 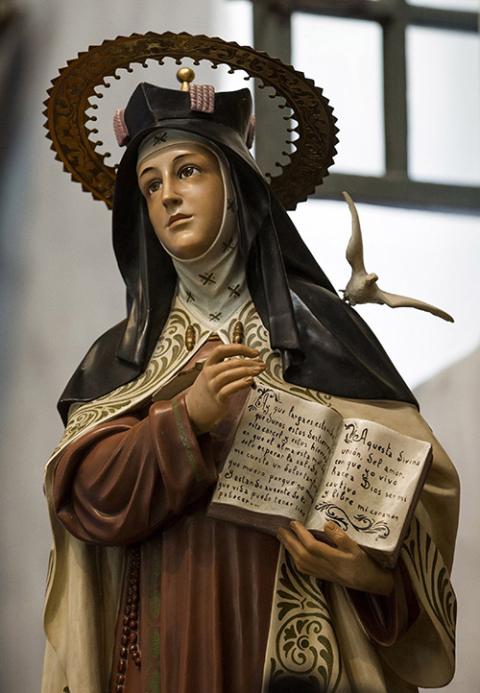 While St. Teresa of Ávila was outstanding in many ways, her union with Christ through prayer made her an "exceptional woman," Pope Francis said.

In a video message April 15 marking the 50th anniversary of the proclamation of St. Teresa of Ávila as a doctor of the church, the pope said the Spanish saint's "audacity, creativity and excellence as a reformer are the fruit of the interior presence of the Lord."

"We are dealing with a person who was outstanding in many ways," he said. "However, it should not be forgotten that her recognized relevance in these dimensions is nothing more than the consequence of what was important to her: her encounter with the Lord, her 'determined determination,' as she says, to persevere in union with him through prayer."

The pope's video message was played during a conference titled "Exceptional Woman," held at the Catholic University of St. Teresa of Ávila in Spain.

In his message, the pope said holiness is not a virtue reserved to "specialists of the divine" but is the "vocation of all believers."

Saints, like St. Teresa, "stimulate and motivate us, but they are not for us to literally try to copy them," he said. "Holiness cannot be copied because even that could lead us away from the unique and different path that the Lord has for each one of us."

The path St. Teresa followed, which "made her an exceptional woman and a person of reference throughout the centuries," was that of prayer, which is a path "open to all those who humbly open themselves to the action of the Spirit in their lives."

However, he added, "such a path is not open to those who consider themselves pure and perfect, the Cathars of all centuries," referring to the 12th-century gnostic movement.

Instead, the path of prayer is open "to those who, aware of their sins, discover the beauty of the mercy of God, who welcomes all, redeems all and calls all to his friendship," he said.

Francis asked Christians to look to the example of St. Teresa of Ávila and her union with God through prayer because it is "only his company that our heart desires and that gives us the fullness and joy for which we have been created."

"Like the doctor of the church, we live in hard times, not easy times, that need God's faithful friends, strong friends," he said. "The great temptation is to give in to disillusionment, to resignation, to the fatal and unfounded premonition that everything will go wrong. That infertile pessimism, that pessimism of people incapable of giving life."