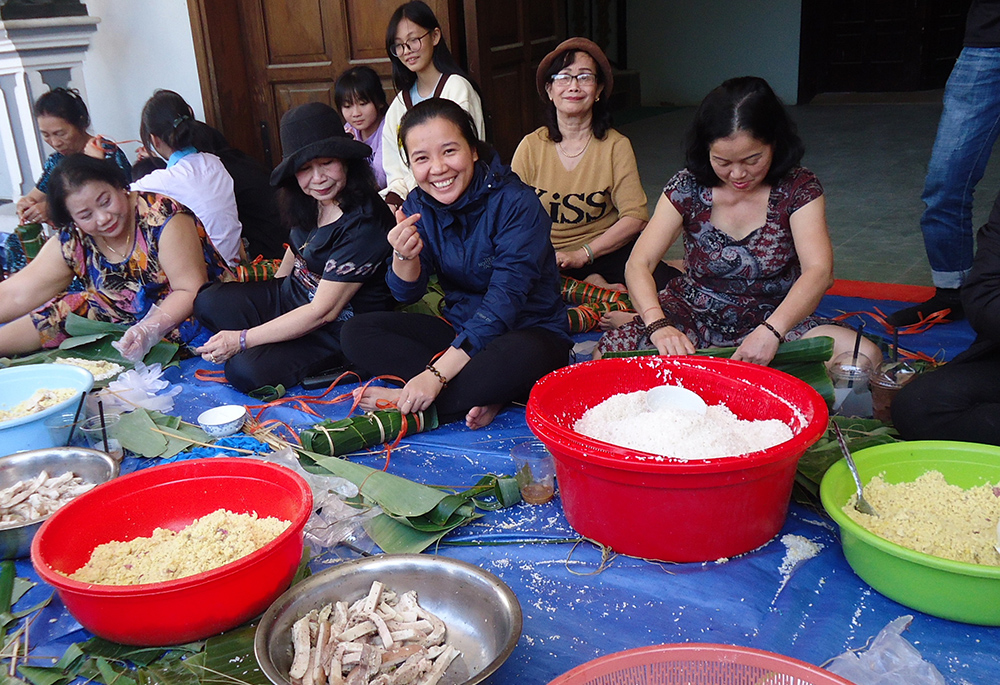 The 60-year-old farmer from Hue — capital of Vietnam's Thua Thien Hue province — who last year earned over 100 million dong ($4,273) from planting flowers on his farm, said that he knows some 20 other local farmers who also struggled economically thanks to the cold and wet weather.

Still, they are hopeful for a boom in business as the Vietnamese celebrate the Lunar New Year with their largest national festival, which officially falls on Jan. 22-24 (though celebrations typically begin Jan. 20 and last through Jan. 26). 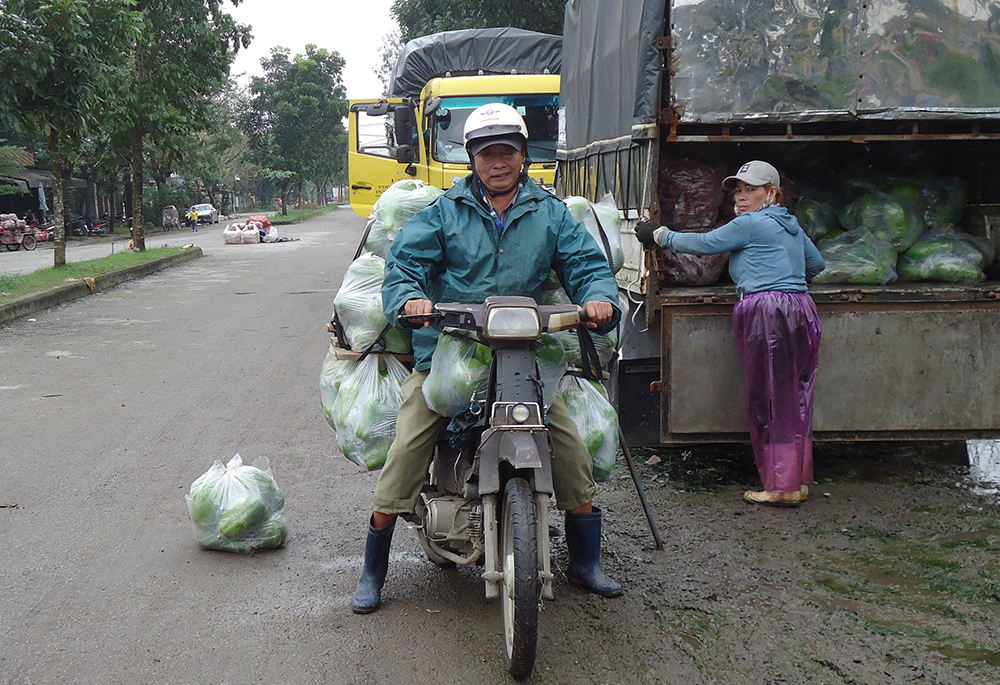 Lieu said the traditional seven-day Tet festival — a tradition to welcome a better life in the new year — allows him to find a job easily to support his family.

"We are really worried about our livelihood in the future because we have no manual jobs after the festival when business stagnates, and we cannot grow vegetables due to the cold weather," said Lieu, who has four children and two grandchildren.

The Vietnam Disaster Management Authority reported that in 2022, the Southeast Asian country recorded 175 dead and suffered economic losses of over $828 million, following more than 1,000 natural disasters.

Lieu said the Daughters of Mary of the Immaculate Conception Association have generously given his family 20 kilograms (44 pounds) of rice on a monthly basis since December to survive the difficult time.

Sr. Mary Truong Hoang Yen, the congregation's superior, said some 30 families who are badly affected by climate change will be provided with rice from December to March, when they can harvest their crops.

The nun said the congregation's members also offered a blanket to those afflicted by the storms, as well as two bottles of wine, candied fruit, and 500,000 dong ($21) each, so that they can celebrate the country's largest traditional Tet festival. 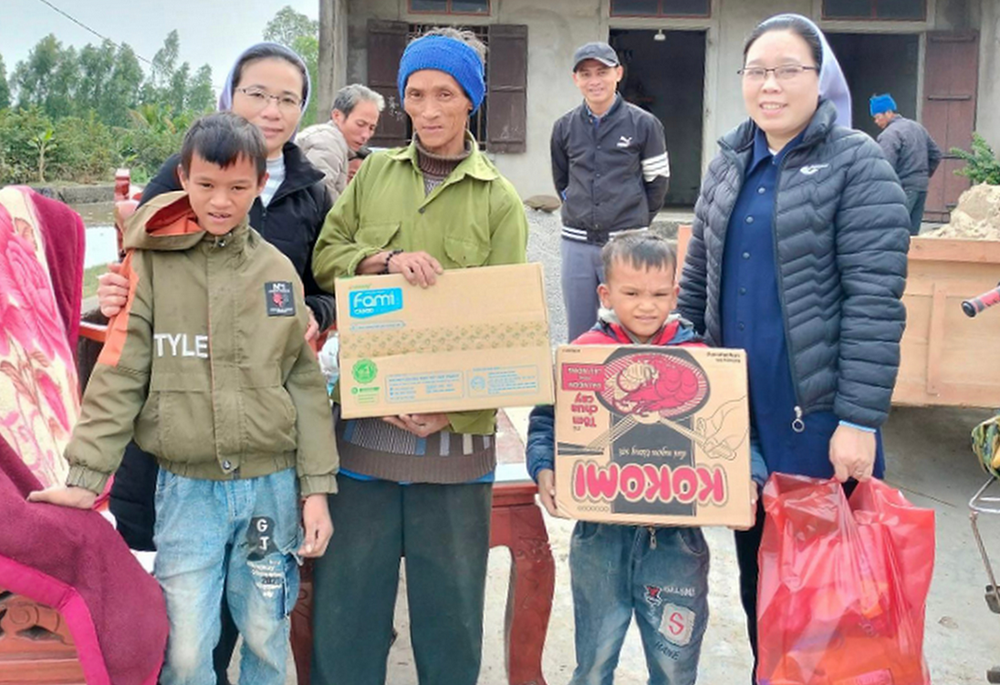 "We hope they will be comforted to have enough food to hold the traditional festival and work hard in the new year for a better life," she said.

Sisters from St. Paul de Chartres, Missionaries of Charity, Daughters of Our Lady of the Visitation, and Sacred Heart of Jesus (in Da Nang and central provinces of Ha Tinh, Khanh Hoa, and Thua Thien Hue) rushed to provide money and food to hundreds of farmers, orphans, domestic migrant workers, people who live on the streets, porters at markets, former sex workers, mental patients and people with HIV/AIDS.

Anna Ho Thi Thao, a street vendor from Hue, said she and her sister worked hard to have money to celebrate the Lunar New Year, selling bread in the cold weather on their bicycles. On Jan. 8, however, her sister suffered a serious stroke, dying the following day. 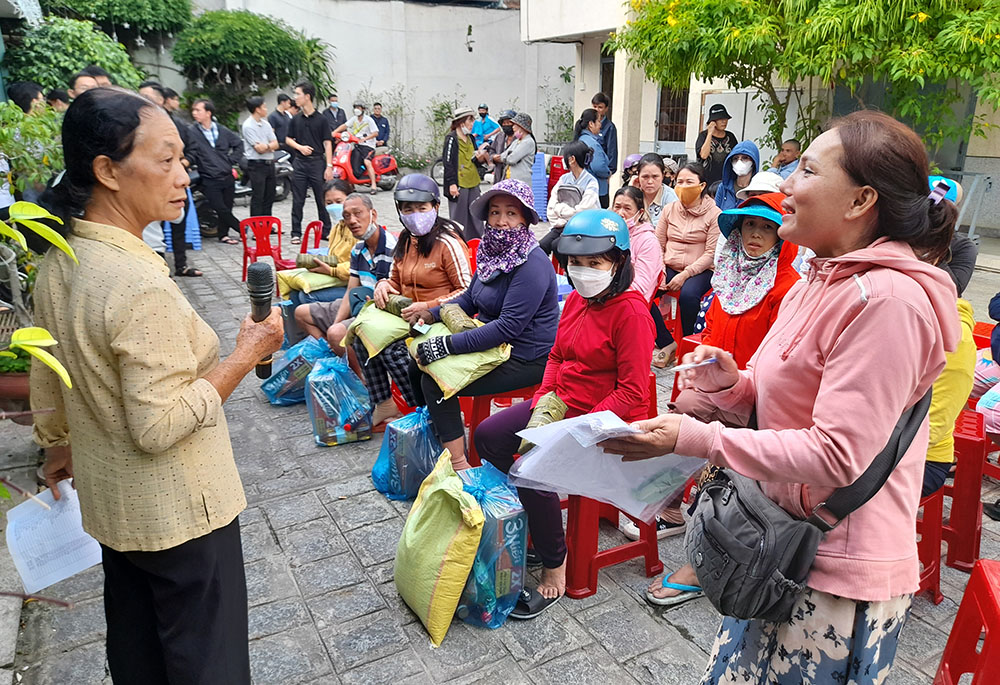 But thanks to nuns, Thao — an HIV patient whose husband died of AIDS years ago — said she and 200 fellow patients received Tet gifts and attended a party with traditional dishes Jan. 16. (A local Catholic parish also donated a coffin and paid for Thao's sister’s funeral.)

"I am only too delighted with the generous gifts to celebrate the Tet festival; I would have nothing to welcome the new year without them," said the widow, who wasn't able to earn an income for several days because of the rain.

From Jan. 11-18, Nhai said they offered banh chung to local people in need so that they, too, can have traditional food to celebrate the Lunar New Year festival. 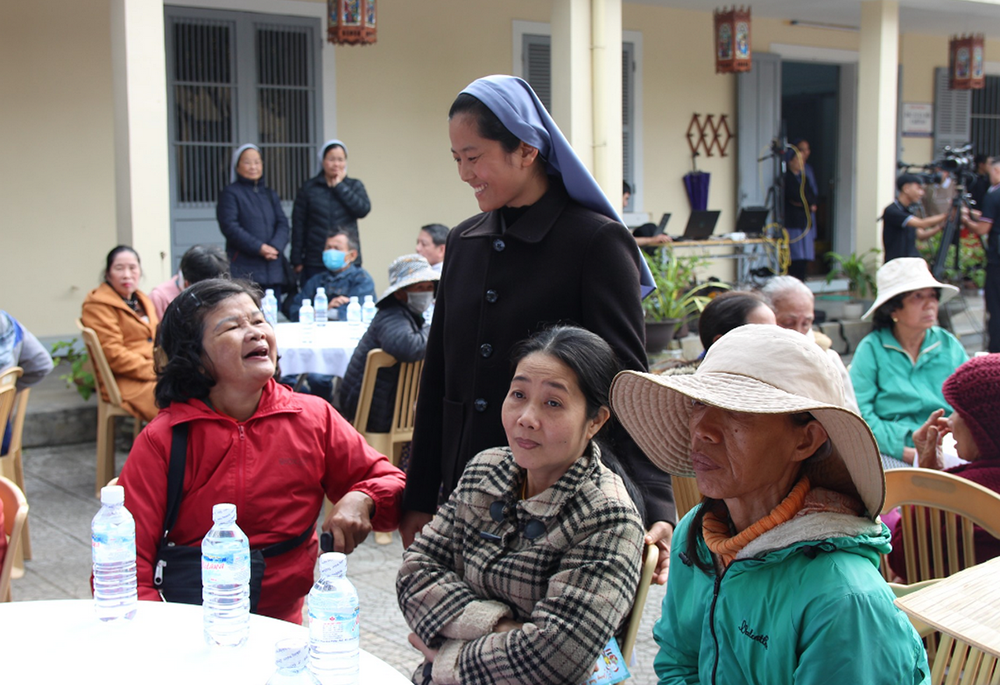 "Tet celebrations are an opportunity for us to show the spirit of charity, love and sympathy to other people in difficult times," she said. "We take a fierce joy in sharing what we have with them to celebrate the national festival."

In Vietnamese tradition, 2023 is the Year of the Cat, believed to bring good luck and clear sailing.

Decorating houses with flowers is an age-old custom for people to celebrate the Tet festival. People in the north choose hoa dao (or peach apricot blossom), while those in the south display hoa mai (yellow apricot blossom). 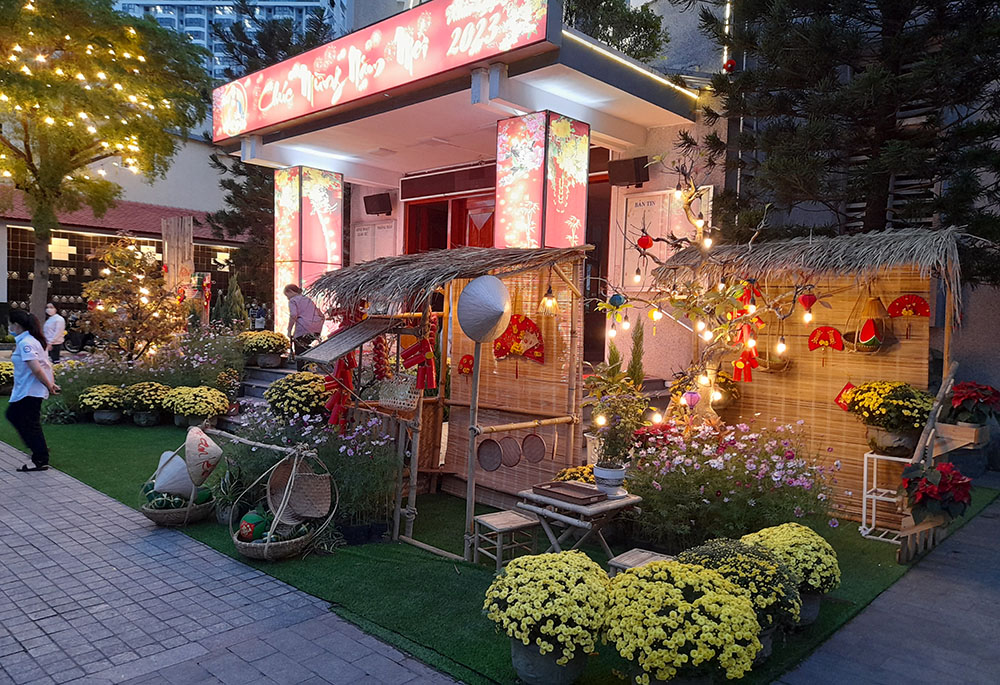 People will also prepare traditional dishes, celebrate family reunions, pay floral, fruit and food tributes to their ancestors, give gifts and "lucky money" (new bills in red envelopes that adults and elders give to children and young people as best wishes for the new year), and visit churches and temples to pray for a better life in the new year.

In an effort to integrate Christian values into the national tradition, during the Lunar New Year's first three days, Catholics pray for the national peace and prosperity on the first day, for their ancestors on the second day, and for their livelihood on the last day.

"It [would] be desperately sad to have inadequate food to celebrate the new year … a clear sign of a grim future," Lieu said. "So, we are in the nuns' debt for their practical help."