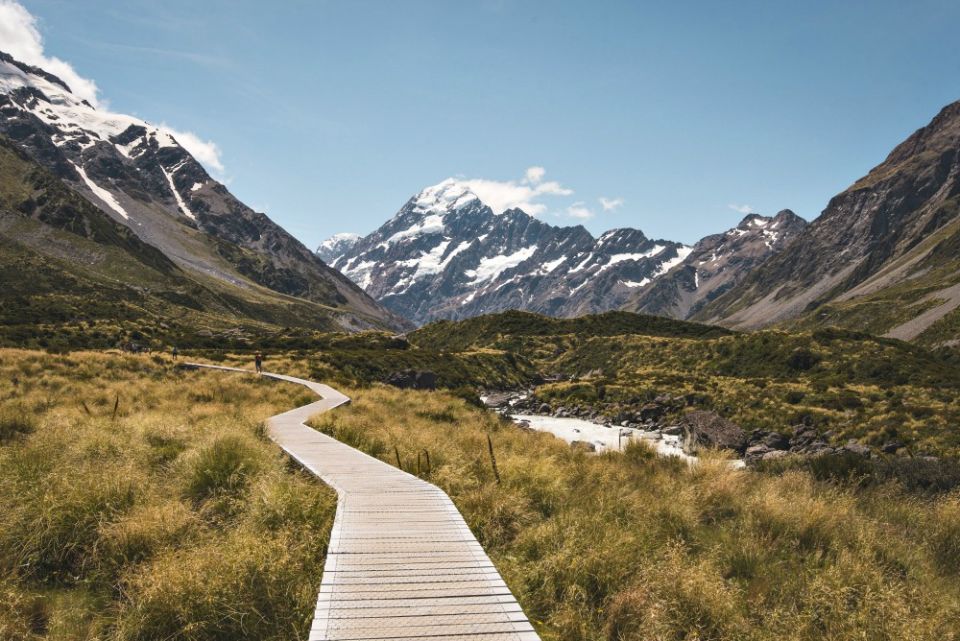 In February this year, leaders of women's and men's religious congregations of New Zealand met. The theme of their meeting was "Emerging Futures," which focused attention on the various issues facing Catholic sisters, brothers and religious priests at a time of diminishing numbers and rising median age throughout the Western world, as once flourishing communities face an uncertain future.

In 1838, Marist priests and brothers arrived in New Zealand from France, soon to be followed by Mercy sisters from Ireland; my community — Our Lady of the Missions sisters — also from France; Dominican sisters and Christian brothers from Ireland.

Other congregations were to follow in the first six decades of the 20th century, and almost without exception, these women and men were involved in the education of Catholic children of the European, predominantly Irish, community. In 1877, when the government of the day had decreed that education was to be free, secular and compulsory, the burgeoning Catholic school system had to rely on dedicated Catholic religious, who were teaching for virtually nothing, while committed Catholic parents raised funds for the building and maintenance of schools.

Two events changed that. First, the 1962-65 Second Vatican Council reminded religious that religious life needed to change if it were to respond more effectively to the needs of a rapidly changing world. Sisters responded enthusiastically to the council's call.

Second, in the mid-1980s, the government began paying salaries and other costs incurred by Catholic schools, although not capital costs. This freed up many sisters, who in their efforts to reclaim the vision of their founders moved out of the Catholic school system, often to embrace ministries that more directly involved them with the poor at home and elsewhere.

To their surprise, the sisters' generous responses did not result in more young people seeking to join them. In fact, the reverse happened.

The work of so many dedicated religious from the mid-19th century through the 1970s should not be underestimated. As one priest said to me: "The great contribution of priests and brothers was to take the Irish [boys] from the bogs to the boardroom." Many 19th-century congregations had been founded to provide education to those who otherwise might have missed out, but now governments were increasingly providing that service and other social services that formerly were the responsibility of religious congregations.

The rationale that had prompted prophetic women to found religious congregations devoted to education has gone. Does this mean that sometimes contemporary religious are searching for relevance in a rapidly changing world?

There are a number of ways of trying to understand this situation, and perhaps it is useful to examine the relationship of religious life to the particular context or culture in which it exists.

In examining the relationship between religious life and culture, I have been helped by Michael Sean Winters' recent articles in National Catholic Reporter, in which he revisits American theologian H. Richard Niebuhr's 1951 seminal work, Christ and Culture.

Niebuhr's insights confirm what many religious already knew, namely that apostolic religious life was deeply influenced by monastic culture, with its emphasis on escape from the world. Women's congregations in particular, experienced this through church authorities' insistence on the need for a cloistered lifestyle. "Do not love the world or anything in the world" (1 John 2:15), was an injunction that was taken seriously. Vatican II was to change that. The important biblical text was then "God so loved the world" (John 3:16).

Faith against culture was out, and the need for a positive relationship between faith and the culture in which a religious congregation lived and worked was emphasized. This important shift could be seen, for example, in the disappearance of the cloister, the disappearance of a distinctive religious habit, the lack of enthusiasm for understanding the exercise of authority in hierarchical categories, the de-institutionalization of religious life, and the individualizing of ministries and its corollary, the loss of corporate apostolates such as teaching in the local Catholic school.

These developments could be interpreted as a certain accommodation with the dominant cultures of English-speaking countries in the Western world, or as most women religious did, a commitment to discerning, and responding to, the "signs of the times" (Gaudium et Spes).

Conservative and traditionalist Catholics were affronted by what they perceived as the close relationship between faith and contemporary culture, and attributed many problems facing today's church to that closeness. Thus, Joseph Ratzinger blames the sexual revolution of the 1960s for sexual abuse crimes in the church. What conservatives in the church today seem to want is a return to the church of the 1950s, when priests reigned supreme, when women knew their place, when religious women were simply the "good sisters," when a dead language, Latin, was the language of the universal church, and when culture was virtually ignored. There was no such word as inculturation.

A return to the Catholicism of the 1950s is not about returning to the Gospels or to the charism of the founder of a particular congregation. English Jesuit Tim Byron cites a useful distinction between "reflective" nostalgia and "restorative" nostalgia. Reflective nostalgia occurs when we remember with gratitude what sustains us in difficult times, a memory, a prayer, or a place, when life was less fraught. Such memories can be helpful for us. Restorative nostalgia, on the other hand, seeks to return to an imagined golden age, and as Byron writes "relies on a form of false memory that prevents us engaging with the complex realities facing us."

If we identify key traits in contemporary Western culture, we cannot but fail to notice that two of the more significant are its growing individualism and its growing secularism. Our lives, too, are touched by such traits.

Reflecting on the Rule of St. Augustine, I was struck by French Augustinian André Sève's insight that the Rule means we are a community of friends in search of God. His words point to the importance of creating community, and the importance of our ongoing search for God in our lives. In our often-fragmented culture, there are many who would resonate with that goal of a common search for the transcendent.

[Susan Smith, a Sister of Our Lady of the Missions, has been involved in education and formation programs in New Zealand, Australia, Italy, the Philippines, Papua New Guinea and France. Currently, she volunteers as a budget adviser, helps with an emergency housing trust and some environmental groups, and writes for publication.]

Spanish-speaking sisters will gather in July for spiritual renewal