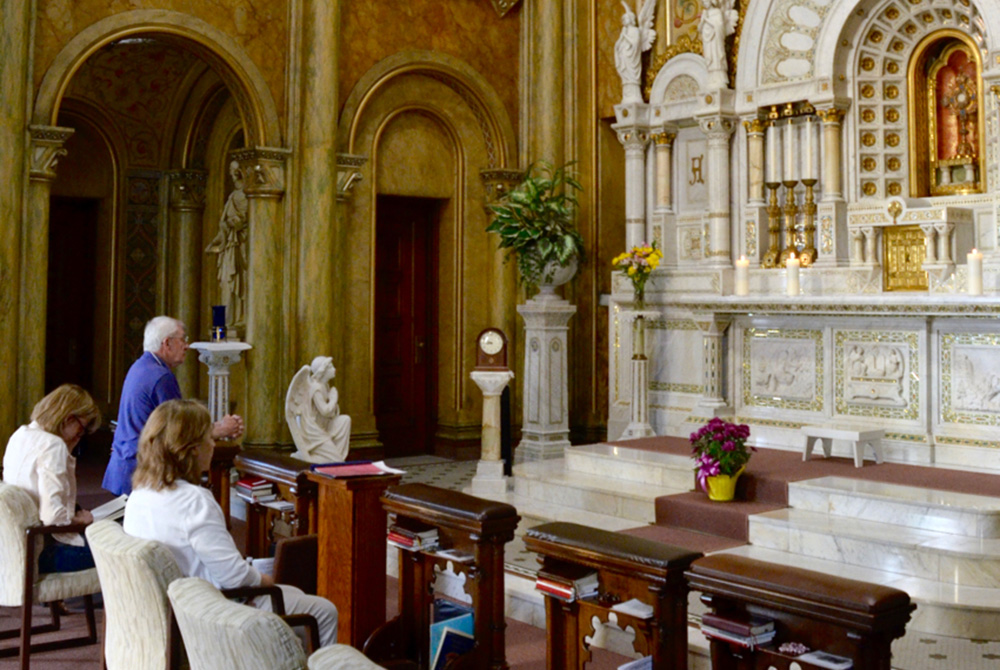 During my first visit to a foreign land there was an earthquake, but I was unaware of it until after the fact.

I was an exchange student, staying with a host family in Mexico City. Within the first few days that I was there adjusting to everything — change of language, culture, climate, lifestyle and landscape — the conversation at a family dinner turned to the event. I was asked if I had felt the tremors, if I had noticed the earth move. Only when prompted was I able to recall that I had felt something. Oh yeah, I admitted, but I assumed the ground was shaking from a jackhammer at the nearby construction site, I said. The earthquake was small, and nothing around me was familiar. I wasn't surprised I that I didn't notice the earthquake.

I've been in religious life for over 14 years now. It's barely a scratch in the mystery of time. Compared to decades of love and service offered by my elders in community, who have lived vowed life for 50 or more years, I am a beginner. Yet, I am adjusted to the culture. I am familiar with the landscape. I am noticing the earthquakes.

On Friday, Jan. 24, 2020, I sat in front at my laptop in Chicago. Along with other members of the Franciscan Sisters of Perpetual Adoration, I watched as our community president, Sr. Eileen McKenzie, stood at a podium in our dining room inside our motherhouse in La Crosse, Wisconsin, and read an announcement. Familiar sisters were at dining room tables in the room with Sister Eileen, listening in, and several of us joined the meeting virtually. Through the window near me, heavy fog encircled the bare trees.

Through my headphones, I heard Sister Eileen tell us that our 141-year-old shared practice of round-the-clock adoration was about to drastically change. On Ash Wednesday, our adoration of the Blessed Sacrament would begin to be prayed from 6:00 a.m. to 10:00 p.m. each day, instead of all 24 hours. She explained that we'd still be the Franciscan Sisters of Perpetual Adoration because we'd be praying continuously, just not constantly; one definition to the word "perpetual" is "occurring repeatedly."

The mood was somber; our hearts sank. From what I could tell, everyone seemed sad. Many of us were also deeply relieved, grateful. Several of us were not surprised. Years of study, prayer and discernment had brought us to this point, and we could feel the necessity of change. After sharing the news, Sister Eileen took comments and questions, and graciously held the heartache and disappointment. I felt tears fill my eyes and trickle down my cheeks. In the background, the renovation of our motherhouse continued.

Later in the day, I texted a friend asking for prayers for my grieving community. Why? Why is your tradition changing? What's happening? Because there's not enough people to do the hours, to keep it going, I replied. I am sad there's not enough sisters to keep the prayer going through the night, my friend texted back. I was sad too. When I entered the Franciscan Sisters of Perpetual Adoration years ago, I never thought the tradition would change.

No matter how sacred a tradition may be, change is often natural and necessary. Nature shows us this, from the shifting of the seasons to the transformation of the lands. Tradition evolves, I understand. Traditions aren't meant to be stagnant, but living, so they can be life-giving.

I once watched a National Geographic documentary video about earthquakes, about the seismic shifts to the earth's crusts. The narrator explained fault lines and the effects of pressure, energy and the accumulation of stress. Although earthquakes are destructive, they can also be creative, a life-giving force. In the documentary, Dr. Allan Lindh, then of the U.S. Geological Survey, noted:

It's no surprise that earthquakes are frightening. They cause damage and destroy life too. In another video from National Geographic, it is noted that thousands of people are killed by earthquakes annually. It's estimated that there are about 500,000 earthquakes every year, but only 100,000 of them are strong enough to be felt. Of those, around 100 earthquakes cause damage, fewer than 1%. The movement of earth is frightening because it can't be predicted. The changes are outside of our control. 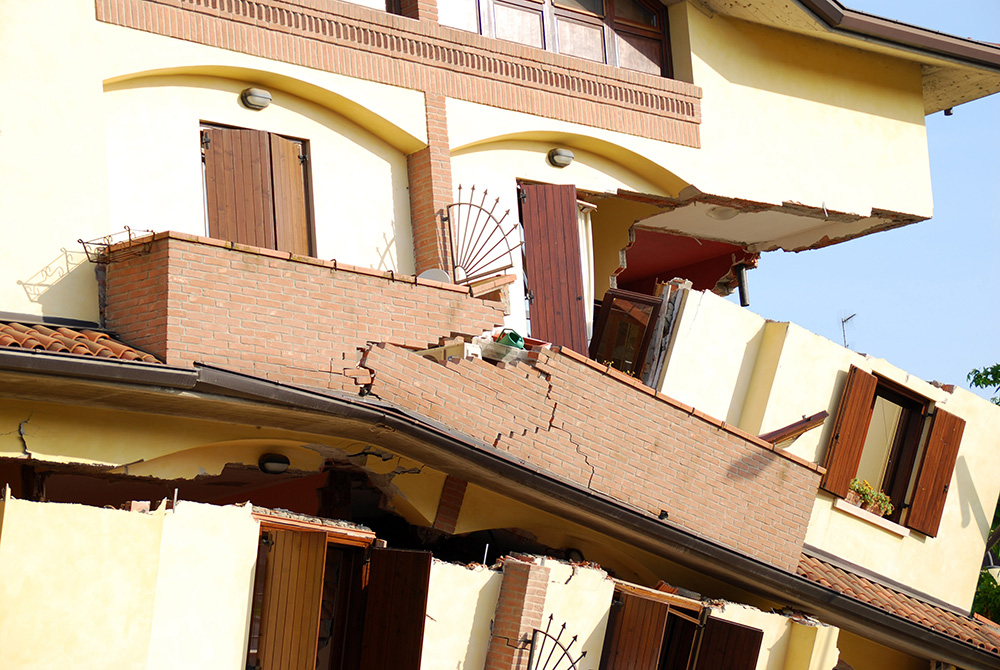 One of the news anchors who informed the public about the upcoming change to the FSPA adoration practice introduced the story by saying "change is something you can count on." Regarding the shifting of the planet, a seismologist might say the same thing.

Some might say that religious life has been changing since it started. My sense is that the shifts and quakes make up the landscape of our lives. Sometimes we feel the shifting and other times we don't. At times the changes reveal beauty, at other times there's destruction and loss of life. Behind all seismic activity is Christ, the fire that burns deep within, a fire that is energetic and dynamic.

The landscape of religious life is quaking. With every change in construction and definition, with every evolution of a tradition and with every new expression of a charism, the Spirit reminds us that the radical form of life we are living is not about comfort and security. Instead, the Gospel calls us to continual conversion and transformation. Through our consecration, we agreed to submit to the mysterious movements and allow God to remain in control. No matter how the earth quakes, Christ remains our foundation.