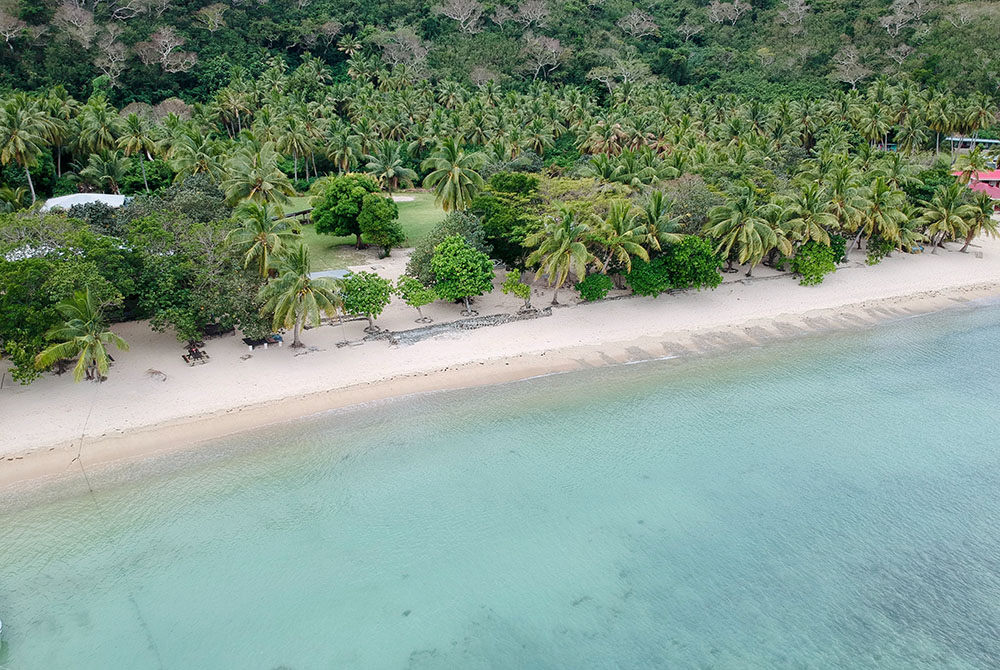 Editor's note: Sr. Patiola Molia's column below predates the COVID-19 outbreak that began in April in Fiji. The column has been updated with new statistics since it was written.

I am a member of the Sisters of Our Lady of Nazareth, a diocesan congregation founded in the Fiji islands. We also have sisters missioned in Samoa and Tonga in the South Pacific. Due to COVID-19, being on an island nation has isolated us in some ways but that isolation also has advantages.

The pandemic has not hit us as badly as it has in other parts of the world. We only had 53 cases of infection; 47 recovered and two persons died. In Tonga and Samoa, no cases of infection have been reported at all [Editor's note: As of July 13, the World Health Organization reported that Fiji has had 11,385 cases, with 58 deaths; Tonga and Samoa have had no cases or deaths]. However, these islands still live with many restrictions like lockdown. For about two months, the shops closed, curfews were very strict, and people had to stay at home, and attend Mass only on television. To provide their own food, families had to plant gardens.

Of course, our sisters also had to stay at home. Most of us are teachers in high school, primary and kindergarten; some are pastoral workers in parishes and others run boarding hostels for university and teacher training students. A few sisters bake altar breads and care for our elderly sisters. Although at one time we had nursing sisters, today we have only one in Samoa. The most devastating effect of COVID-19 on our congregation has been financial. We have no regular income since students — instead of boarding — are studying online. The usual boarding fees are no longer coming in, and the families of the few students who are boarding are struggling financially too.

This makes life very stressful for us, and we are always wondering how we will manage. We seek to support one another by gathering now and then, and by sharing any food that we might have available. Being together in person or online to share our frustrations does give us perspective and helps us see life in more positive ways. Most of us communicate regularly by internet email, Facebook, Messenger and phone. All borders of surrounding islands are closed, so sisters' travel is out.

The closed borders affected our national economy a lot because tourism is the basis of the economy. When people began losing jobs, the government encouraged workers to leave the city and go back to their villages; grow their own food, and — for those living near the sea — go back to fishing. The government helped these efforts by providing free vegetable seeds. Families can also apply for financial aid from a national emergency fund but only a few people seem to get help, while the poorest just stay on the list. The government has also tried to give emotional and mental help through television and radio programs.

The negatives feel overwhelming at times but there are positives too. We sisters keep thinking of new ways to work with the people to strengthen their faith. For instance, we are using Zoom for bible sharing, celebrating Mass, and having other faith programs to help strengthen the faith of the church. This has all been eye-opening for us to see things differently, using only the resources we have at hand. Even at home, we are discovering our creativity in gardening, planting vegetables and even flowers, something very different for us in the city. We are also doing lots of house cleaning!

One of the pieces of good news we deserve to celebrate was the success of our chapter during this pandemic. We managed to bring our delegates from Tonga, Samoa, and Fiji for our chapter. Some came the last week of November and some in December. They quarantined for two weeks in Nadi before they traveled to Suva where we had the chapter. 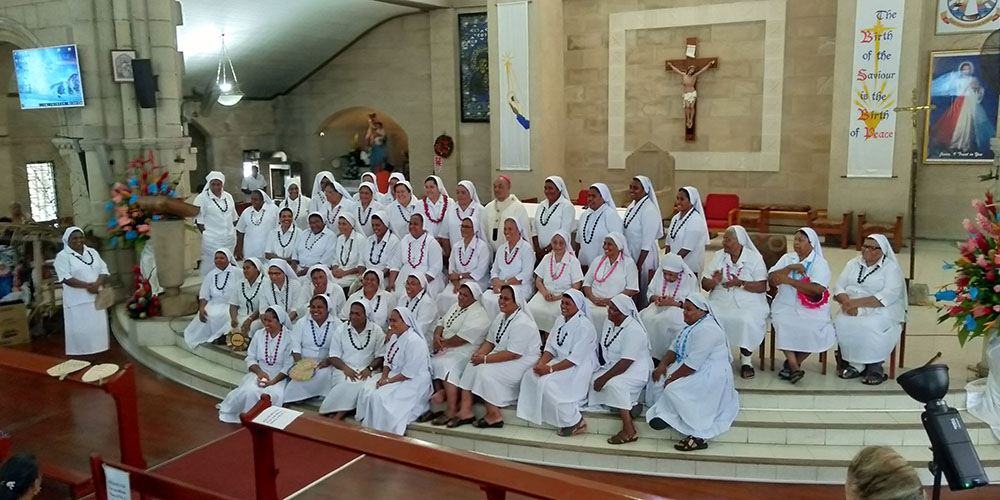 The Sisters of Our Lady of Nazareth gather in the Sacred Heart Cathedral in Suva, Fiji, after their chapter. (Courtesy of Patricia Molia)

One of the important issues discussed in the chapter was our history, our founder and the spirituality of our congregation. What makes us different from other congregations? We have an interesting history, and we need to tell our story so that people will know who we are. The sisters of our congregation are hidden and unknown heroes. They are saints whose story has not been told.

We were officially founded in 1952, but young Indigenous Fijian women began to live religious life long before that. They were inspired by the life and prayer they saw in the missionary sisters from France, the Sisters of the Third Order of Mary, who arrived in Fiji in the late 1800s. The women asked the sisters if they could work with them and the sisters readily agreed.

These first Fijian women were called "ivukevuke ni Sisita — helpers of the Sisters." In the local language this refers to a person very dedicated to their service to God's people. As more missionaries arrived, more young women asked to live their life. Our first novitiate was established in 1891. In those beginning days, these young women who later became sisters were assistants to the French sisters, teaching young children, doing pastoral work, and caring for the sick. Later, these services evolved into professions of teachers, nurses, and social workers. As the years passed, we expanded our mission to Tonga and Samoa.

Today the number of our sisters is down to 69: some members left, some died, and there is a lack of vocations. There are 43 sisters in Fiji, 16 in Tonga and 10 in Samoa. We are praying for more novices.

Even though we are small, we play a very important role in Fiji, Samoa, Tonga and Niue. Being the only local congregation on this island, vocations are slow in coming because the population is small and there are other congregations of sisters seeking new members too. We have only one novice, from Tonga. Vocations are hard to attract because there are so many distractions from television and other technologies on our island countries. These distractions show more comforts than can be found in religious life. This globalization has also weakened family life, which in turn challenges us as a religious congregation to become better at evangelization. But we are not discouraged, and truly believe that God will lead us in this mission.