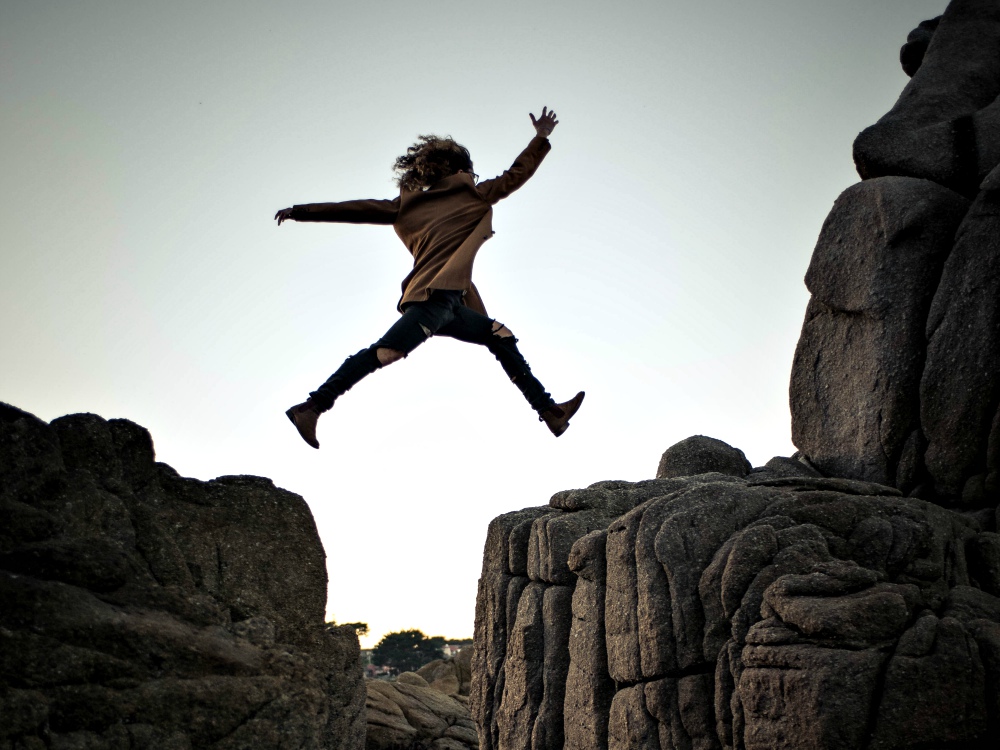 Every October, my community creates an "altarcito" in our chapel where we put pictures and holy cards of loved ones who've passed on, both family members and Marianist brothers and sisters who have died. Every time I gaze at their pictures during meditation, I am overwhelmed with gratitude for having known so many holy people. It's a privilege of religious life at this time, that younger religious get to know so many elders whose prayers continue for us beyond the grave.

Some of these religious have died only recently. This past August, I said goodbye to Brother Larry, a Marianist who was an expert on the order's history. I had the privilege of working with him for several years.

Lunchtime conversations with Larry were always an adventure. You could ask him anything about Marianist history or the French Revolution and he knew the answer right away. (And he usually told you a lot more than you wanted to know: One time I asked him where our founder went to seminary, and I ended up learning about how French coopers made wine barrels.)

He was matter-of-fact about aging in a way that was so refreshing; he rejoiced when he finally got hearing aids, marveling at their effectiveness. He was such a witness to kindness and authenticity.

I think, too, of Brother Mike, who was laid to rest just this past week. When I first met Mike, he was wearing shorts, a white T-shirt and white socks, standing in his community's kitchen with his hands wrist-deep in hamburger meat. He had a grumpy-old-man persona that I quickly learned was a put-on. When he saw me, he grunted hello and said, "Hope you like hamburgers because that's what we're having." I instantly liked him.

Later, I found out that he worked with men who were newly released from prison. Several later returned to prison, and up until his death, Brother Mike continued visiting the ones whose family refused to see them.

There are others I've known who passed on a while ago, like Brother Ralph, who had a big belly laugh and a permanent twinkle in his eye. He spoke fluent Spanish, having lived in Mexico for 20 years. Every Wednesday, despite his difficulty walking, Ralph would go to a homeless shelter, sit on a bench outside, and greet people staying at the shelter. He was a genuinely jovial man; the only time I ever saw him angry was when he talked about cruelty toward immigrants at the southern border.

I think of Sister Audrey, who, after years of beekeeping, cooking and baking at our sisters' retreat center, taught me how to bake when I was a 19-year-old college student. Her strong hands deftly braided raw dough into a beautiful loaf while I watched. When my pale, lumpy and wrinkly bread came out of the oven, she encouraged me to keep practicing.

Eight years later, this time as a novice, I visited her in her nursing home on her last Thanksgiving. I gave her a dinner roll I had baked myself and sat with her while she ate it. She died two days later. I think of her soft encouragement every time I bake, remembering the way she would talk about God as a bread-maker shaping us into fine loaves.

And there are others whom I never met but feel like I know, their memory living on in my sisters in community. I think of Sister Laola, the first Marianist Sister from the United States. She was a Hawaiian beauty queen who spent her last night before entering the convent dancing at a jazz club. Her call to religious life was so strong that she said yes to going all the way from Honolulu to France (by boat!) to make her novitiate. She could hula well into her 80s, and she never stopped loving jazz.

This time of year, when the veil between the living and the dead becomes even thinner, I can feel the presence of these holy men and women. I can especially feel their prayers for my vocation, their pushes of encouragement in my discernment journey.

I remember one such push of encouragement I received during a retreat before I entered pre-novitiate, the first stage of formation in my congregation. One afternoon, I decided to go for a run, despite the thick humidity of Cincinnati in July. Because I rather like cemeteries, I decided to take a detour off the path to run through the Jesuit cemetery located on the property. When I happened to glance at a name on a headstone as I passed, I froze instantly. It was Father Jim, a Jesuit who had been my childhood parish priest and a family friend.

I remember Father Jim well: He would often join my family for Saturday morning breakfasts at the local diner, his playful personality blending seamlessly with my big and boisterous family. He also happened to be a chain smoker. He would sometimes do a trick that would leave my cousins and I agape in wonder: He'd take his cigarette out of his mouth, put the filter end of it in his ear canal, and then breathe out a plume of smoke. I'd stare at him, wide eyed, my 4-year-old brain trying hard to figure out how he was able to smoke a cigarette with his ear.

Even after he left our parish and spent time ministering on a Native American reservation, he would write letters to my family to stay in touch. I never saw him again after he moved away. I heard he had died in 2007, but I never knew where he was buried.

Now here I was, in 2014, standing before his grave — drenched in sweat, the hum of cicadas bearing down on me. I had a feeling I was standing on the edge of a threshold, hesitating to step over to the other side. Entering religious life was scary; making any commitment at 25 was scary, and I had a lot of questions. But here was Father Jim in front of me, suddenly, providentially. I could imagine him standing with the religious men and women who'd gone before me, taking a drag on his cigarette, smiling, and saying, "Take the leap, dear."

I can still hear Brothers Larry, Mike and Ralph, Sisters Audrey and Laola, Father Jim and so many others whispering to me: "Take the leap. It's worth the risk."

[Sr. Gabrielle Bibeau professed first vows in the Daughters of Mary Immaculate (Marianist Sisters) in May 2017. She is currently a research and program assistant at the North American Center for Marianist Studies in Dayton, Ohio.]