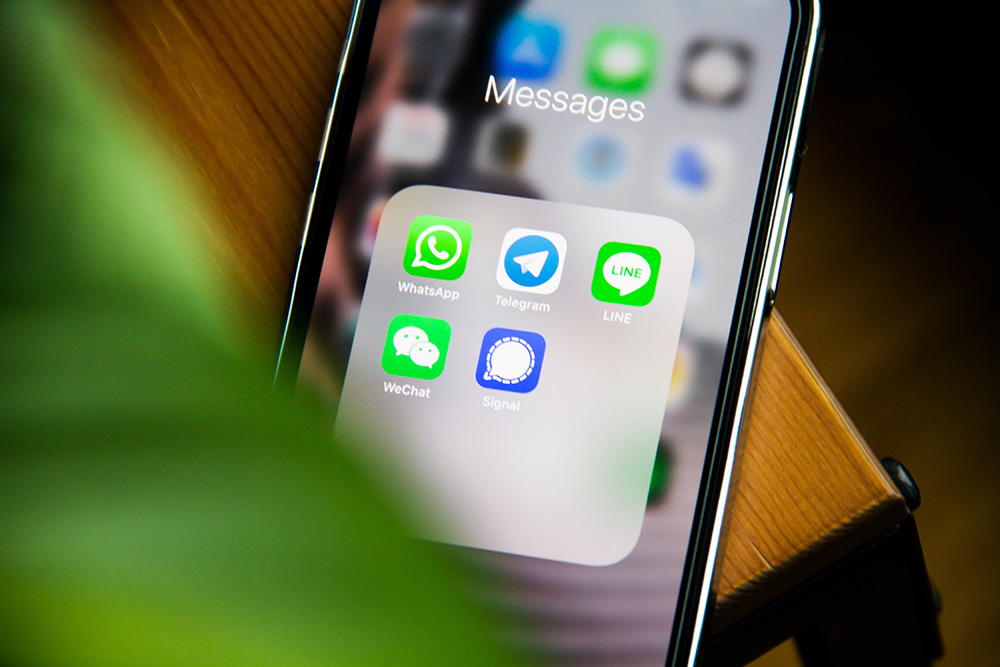 Recently, in one of my WhatsApp groups, I saw a message from someone asking for help. The person who sent the message was asking the group whether anyone knew a priest in the Diocese of Lucknow, India — they needed his contact number, urgently!

I saw the message nearly 10 minutes after it was posted. Since I don't know anyone, I ignored it. Another 15 minutes later, I checked the message and saw no one had responded, so I decided to ask the person if he got any reply from anyone. He desperately said, "No sister, and it is very urgent."

Quickly, I got into action: Luckily, I contacted the right person, and in few minutes' time the one who was seeking the contact number for a priest got it — and the mission was accomplished.

However, it was too late. He was seeking the help of a priest for someone on their deathbed who needed to be anointed. The few minutes' delay made a huge difference: Although the priest rushed to the spot, the patient had breathed his last.

Technology is a good friend of humankind. Digital technology is nothing less than a lifeline for every individual across any demographic group. Life is just a click away from anything. It has become of too much importance for everyone. Technology has become so much engrained in our lives, sometimes our motor actions become too automatic.

Funny story: One day, I was reading an inscription in tiny letters written on a bottle; in my attempt to read it, I found myself trying to "zoom out" the letters written on the bottle! In another instance, a friend of mine was writing on a piece of paper, and after writing the first three syllables of the word, she paused for the "auto-suggestion." It took a few seconds for her to come to reality.

Technology is good. But letting technology form our behaviors is not always so good.

We hear a lot about cybercrimes, and fraudulent behaviors of hackers. Those are recognized as antisocial behaviors in the internet space that have a grievous impact on society, the individual or the community. There are laws and rules to deal with them. But there are subtle ways where we misuse technology or perhaps treat it too lightly or too seriously in real life.

For example, in the incident narrated in the beginning, I am sure it was the negligence of the people who were in the group that led to the sad ending of the story. Everyone decided to let someone else do it — missing a chance to be a good Samaritan! In the first place, the person trusted too much on the new mode of communication, taking for granted that everyone would take the message seriously with the same kind of urgency he had posted it. No. No one cared about it, even though it had the word "urgent" in it.

Has our generation turned emotionless? Or is this a syndrome of excessive familiarity, or passing the buck to others? Beware, this rings a warning bell!

Forward/share culture is very common on social media platforms. Some posts fly at lightspeed. Everyone wants to break the news. Fine. Ultimately social media is meant for socializing.

But have you considered: What if this culture unconsciously insinuates itself into our character? Yes, it can be dangerous and add up to serious breaches of confidentiality and character assassination.

One day, I was talking to someone on the telephone. She was sharing with me few details of an incident — the trailer of a gossip story. The moment that person ended the call, my instinctive reaction was to call another friend of mine and narrate the incident.

Suddenly, it dawned on me: We are in such a hurry to forward anything we hear or read. The "forwarding culture" has seriously affected our capacity to maintain confidentiality. It may vary from individual to individual, but online behavior has an impact on offline behavior. Beware, it rings a warning bell!

Interactive media is an excellent platform for bridging relationships. Anyone who has befriended social media will not have much reason to feel aloof. There are certainly enough topics to be engaged with. However, it is neither safe nor private, and we do not have unlimited access to the person at the other end.

A group of young boys and girls were sitting across from me. They were seriously talking about the "girlfriend" of one of them. The gang persuaded the boy to break up with her. They compelled him to call her up. He telephoned her, and as he began the conversation the gang signaled to him to keep the mobile phone on the loudspeaker mode.

The girl kept pouring her heart out, unaware that a group was listening to her. The boy at this end said only one thing: "Let's break up" and he kept repeating it.

In a few minutes the gang instructed him to cut the call, and block her number. He did as they instructed. A dramatic end of a love relationship. I was shocked to witness this savage nature of human beings. Beware, not all relationships are safe on social media. It rings a warning bell!

Humans beings are social animals, and there are social factors that keep us civilized. Virtues, values and social consciousness are some of those inherited and acquired qualities that keep us socially acceptable persons. In an era where technology can eclipse our identity, we need not have to surrender our innate capacities and skills.

It's the technology that changes rapidly: I haven't heard of human beings acquiring genetic mutations, being born with different set of genes, and functioning in totally alien ways to the existing breed. Life, death and the little time we have to spend in between these extremes is similar for all of us.

Technology is good, especially Web 2.0. But our ability to balance between virtual reality and actual reality is the greatest challenge. We all need to take time to fact-check our lives, just to validate — has the technology formed me or have I customized technology according to my requirements?