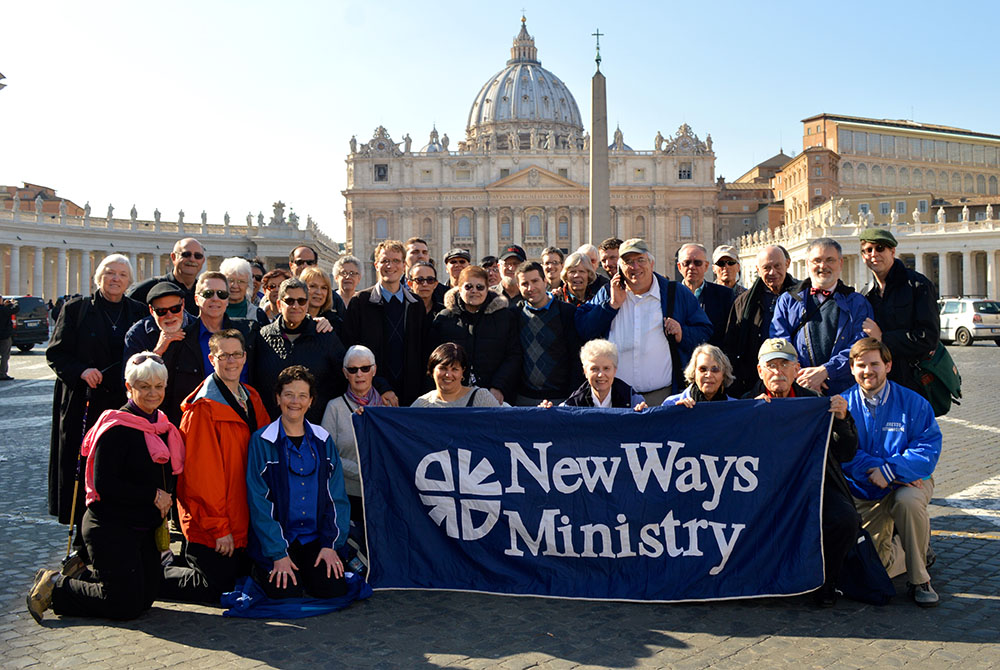 A pilgrimage by New Ways Ministry members in 2015 to Rome. Sr. Jeannine Gramick, one of the co-founders of the organization, is in the fourth row, fourth from right. New Ways Ministry supports LGBTQ women religious and educates their congregational leaders and formation directors in a variety of ways, including retreats and conferences. (Provided photo)

Sr. Mary Ann Zollmann strode in the dark toward her car. She had just finished speaking about church teachings on gay and lesbian sexuality at a Catholic college in Dubuque, Iowa, and she was reflecting on what had happened during the session.

As she walked, the Sister of Charity of the Blessed Virgin Mary heard a voice behind her, saying, "Sister, Sister — wait up."

She turned to face a young man, whom she recognized from the audience of the discussion she'd just led. He asked if they could meet sometime for dinner, and she agreed.

"At the first meeting, he said to me, 'When I told my father I was gay, he disowned me,' " Zollmann recalled. " 'And because I love my father, and equated him with God, I thought that God disowned me, too. And until the night I met you, no one officially connected with the Catholic Church told me that I was loved by God.' " 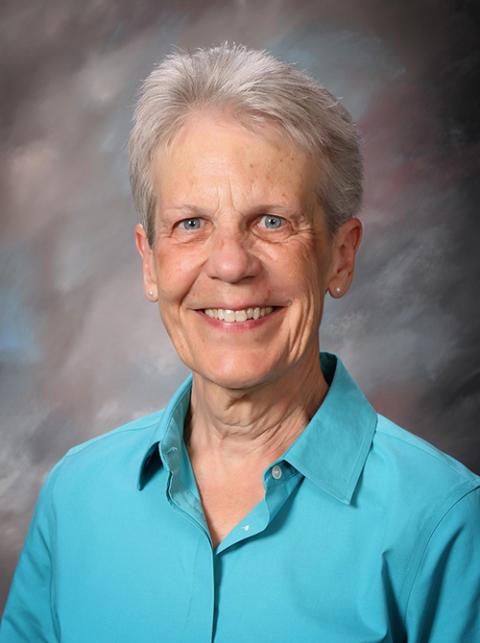 Zollmann, a former president of her congregation and of the Leadership Conference of Women Religious, says that evening in the early 2000s stuck with her as she has advocated for acceptance of LGBTQ people within her congregation and in the church. In fact, years later, she told the story of the young man to a gathering of lesbian religious sisters at one of the annual conferences hosted by New Ways Ministry, which congregational leaders also attended.

For over four decades, New Ways Ministry has supported LGBTQ women religious and educated their congregational leaders and formation directors through a variety of means, including — over the years — support networks, retreats, conferences, a listserv and a newsletter called Womanjourney Weavings. Participants in New Ways' programs for lesbian, bisexual and queer nuns are currently working on a book about their experiences.

New Ways has worked toward justice and equality for LGBTQ Catholics and reconciliation with the larger church since its inception in 1977, according to its website. The group held its first retreat for lesbian nuns in 1979, said Sr. Jeannine Gramick, a Sister of Loretto and co-founder of New Ways with the late Fr. Robert Nugent. She said several sisters had requested a retreat specifically for lesbian women religious. The event drew fewer than a dozen attendees, but Gramick said it meant a lot to those present.

In those days, most lesbian sisters were afraid to disclose and openly discuss their identities with their community members, Gramick said. They feared being rejected by the communities they loved. The retreat eased their isolation. "It was very powerful and helpful for them — they felt so accepted, they felt so understood," she said.

Even before it happened, the retreat in 1979 caught the attention of the Vatican, which wrote a letter to Gramick's superiors. Gramick, who at the time was a School Sister of Notre Dame, said her superior was very supportive of her ministry to LGBTQ people. 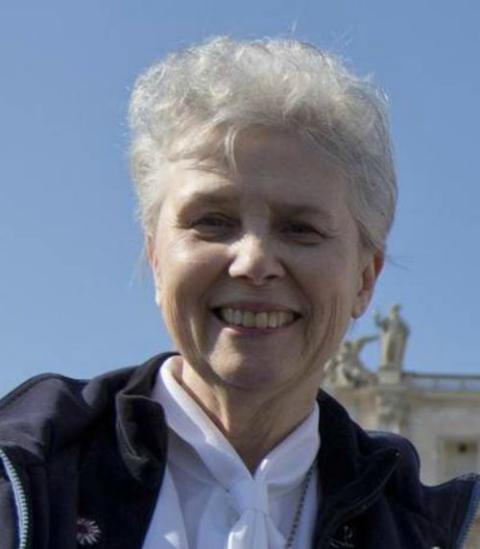 In the mid-1980s, New Ways held a series of regional workshops for lesbian sisters, and conferences for leaders of women's religious communities, according to a chapter Gramick wrote in the book More than a Monologue: Sexual Diversity and the Catholic Church. Also in the 1980s, Gramick said she started to connect lesbian sisters with others who lived in the same city to discuss their experiences.

Then, in 1990, New Ways started its Womanjourney Weavings newsletter, which reaches about 400 women religious across the country, according to Gramick's book chapter. Gramick said the newsletter started at the suggestion of Sr. Tobias Hagan, who conducted annual retreats for lesbian sisters at a center near St. Louis, Missouri. (Hagan died in 2009.)

Gramick said the retreats, networks, and newsletters helped lesbian sisters find support and community. "It's really trying to overcome that feeling of isolation — like, 'I'm not the only one. There are others,' " she said.

In 2005, New Ways held its first conference for both lesbian sisters as well as their leaders and formation directors in Racine, Wisconsin. Hagan spoke at the conference, which was titled "Lesbian Religious: Continuing the Conversation," and dealt with exploring sexual identity and educating other sisters about issues related to the LGBTQ community, Gramick said. Since then, conferences have dealt with topics such as coming out, dismantling heteronormativity, and dealing with homophobia in religious communities.

For lesbian sisters, the conferences were affirming and invigorating, Gramick said, quoting comments she received after a recent event.

"The weekend was a special time to be with others like me — so very enriching," said one sister, in a comment Gramick shared via email. "I felt very nurtured, affirmed, and supported — that there was a place for me in religious life. I was relaxed and felt safe in my identity."

Particularly in the 1970s, '80s, and '90s, Gramick said, women faced homophobia within their communities as well as from the church and society. This pressure often frightened them into remaining silent, and concealing a significant part of their spiritual and personal identities.

The fear lesbian sisters had of coming out could sometimes limit their closeness with other sisters, in large ways and small. Lesbian sisters might feel pressured to keep their emotional lives and thoughts a secret, for fear that others might discover their identity and disapprove.

Some people wonder why it matters for women religious, who take vows of chastity, to disclose their sexual identities. But for many lesbian sisters, it matters a lot, wrote Sr. Fran Fasolka, a member of the Sisters, Servants of the Immaculate Heart of Mary, in a recent issue of Womanjourney Weavings. She attended a retreat for lesbian sisters and found immense joy in being open with other women who shared her experiences.

"The emptiness within me that has been created by distance and silence cried out for connection and nourishment," she wrote.

For the congregation leaders who attended, the conferences were educational, providing a safe space to learn and ask questions. Several leaders said they saw how painful the church's official anti-LGBT stance was for their lesbian sisters, and that they were moved by the faith the sisters showed.

"I was continually learning … of their suffering and their great faithfulness to the church which was so harsh in its judgment of their orientation," said Sr. Helen Marie Burns, a Sister of Mercy who has served in various leadership roles in her community and is a former president of LCWR.

Sr. Susan Seeby, a Sister of St. Agnes, said she attended a recent conference in Racine as a congregational leader. She said there were people picketing outside the venue — who had stuck around after protesting a prior conference for gay priests — wielding "very offensive signs."

"I felt shaken by that," Seeby said. "But the sisters who were on retreat continued to allow themselves to be moved to a deep spiritual experience, and I didn't hear hatred, or anger, or resentment or anything — what I heard was, 'I wish we could have a dialogue.' "

"The main difference is the acceptance by the people — not by the hierarchy, but by the people. That's the real church: the people of God, the people in the pew."
—Sr. Jeannine Gramick

Burns said some Bible scholars contextualize rules in Leviticus — often used to position gay and lesbian sexualities as an "abomination" — as a product of a very different era. Other scholars, such as Sr. Margaret Farley, propose a "just love" model, that prioritizes the quality of human relationships over who is relating.

Zollmann said New Ways' work can be freeing both for LGBTQ sisters and for their fellow congregation members, because often, religious communities don't talk openly about sexuality at all. This can lead some heterosexual sisters to fear their lesbian counterparts.

"[Some worry], 'How can I live with a woman who has come out as lesbian and not be fearful of what she might desire of me as a woman?' " Zollmann said. "That's … part of the fear that lesbian women have in coming out, that it will negatively impact their relationships with a community that they've come to know and love."

Congregational leaders said the conferences helped them better support members of their own congregations who are discerning their identities or who have come out.

Gramick said the Vatican once looked on New Ways with deep suspicion. In part because of the pushback she and her community received from the Vatican over the years due to her work with New Ways, she transferred to the Sisters of Loretto in 2001. Under Pope Francis, she said, there have been "no letters from the Vatican." But the U.S. bishops, many of whom were appointed by previous popes, are still "much more anti-LGBT," she said.

Within religious communities, it's now easier for women to come out and live openly as LGBTQ sisters, she said.

Part of this is due to the work New Ways and other advocates have done within communities, creating a "ripple" effect as leaders learn from lesbian sisters and educate their congregations, Burns said. Gramick also attributed the more positive climate in the U.S. to shifts in public opinion. A majority of U.S. Catholics now support marriage equality for same-sex couples, according to the Pew Research Center.

New Ways' work with LGBTQ sisters and congregation leaders has changed with the times. As sisters grow older and populations of sisters shrink, Gramick said, the local meet-ups for lesbian sisters are no longer held, replaced by conferences. And now, in the midst of the COVID-19 pandemic, the ministry has evolved again: this year's conference — on gender identity — will be held online in December 2020.

As attitudes shift among laypeople, some congregational leaders said they hope the church hierarchy will become more inclusive of LGBTQ people. The church's hardline stance continues to inflict suffering on many LGBTQ Catholics — including religious sisters, Seeby said.

When she and her congregation prayed at a memorial vigil for the 49 mostly LGBTQ victims of the 2016 mass shooting at the Pulse nightclub in Orlando, Florida, a member of a local LGBTQ group expressed gratitude for their solidarity, but seemed surprised that Catholic sisters would show support, she said.

"One of the things I wish people would realize is the pain that is caused, especially in a spiritual religious tradition, when people are judged and found somehow lacking," Seeby said.

For other sisters, the support of laypeople and other sisters is what matters the most. Zollmann said it would be "freeing" if the Vatican would formally affirm LGBTQ Catholics. But in the meantime, she and other participants in the New Ways programs plan to continue educating and supporting their fellow sisters.

"In some ways, it's made no difference whatsoever in our community what some official church personnel believe about homosexuality," she said. "We continue to live our lives, and we continue to be loving and compassionate and inclusive, celebratory of the uniqueness of each person as we live each day."

[Madeleine Davison is an NCR Bertelsen intern. Her email address is mdavison@ncronline.org.]