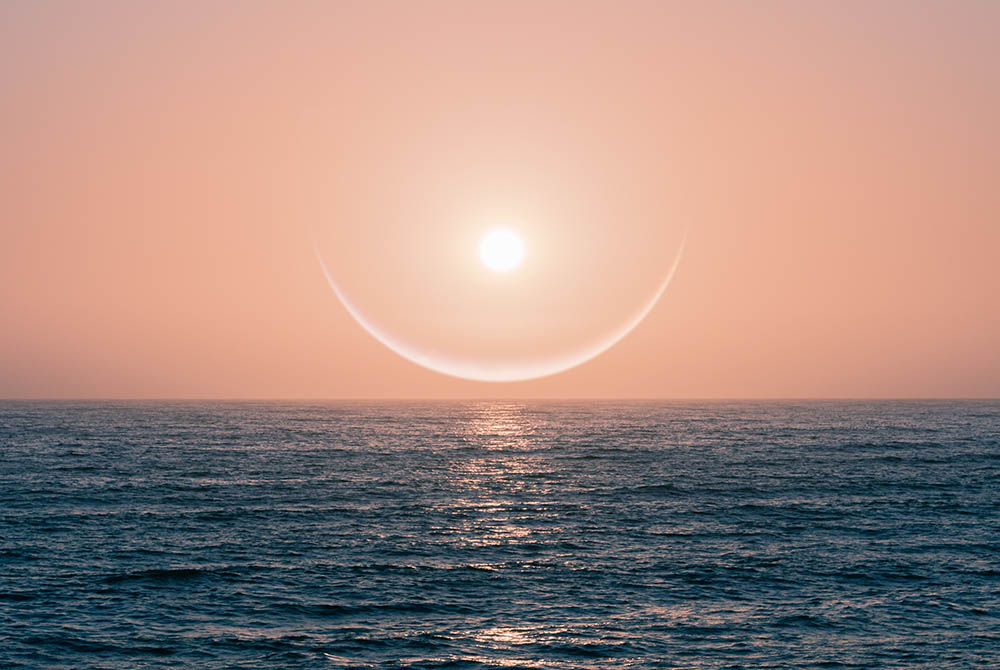 It is Christmastime, and I thought my Christmas gift to you would be a sharing of an experience that has been God's gift to me and that I believe is not mine to keep but to pass on to you, my friends. I call this story "God's Smile."

Brother Emmanuel* is a brother of a congregation doing health work; he is a person of small frame but with a boundless heart. When he learned that my English classes with the novices of his congregation had been reduced to once a week because of a time conflict with their spirituality courses, he asked if he could take my English class because he needed to take some advanced English courses. Since my English classes are also a kind of formation course, it means that we do Gospel sharing and discuss current issues as a vehicle for learning grammar, pronunciation and vocabulary.

I noticed, from the very first lesson, that Brother Emmanuel had a passion for working with people with AIDS. So, since we were constantly sharing about this, I asked him after our third lesson if he could take me to the place where he works with AIDS patients. We arranged to go on the following Saturday, when it was possible to bring visitors into the center. This was going to be my first planned encounter with people who have AIDS.

I had always heard about the existence of AIDS centers and the volunteers working there, and I had chance encounters with three or four people who I later found out were AIDS patients. So, this bright Saturday morning, as Brother picked me up on his motorbike, I didn't quite know what to expect. He was bringing along a plastic bucket, and explained that it contained chicken rice soup for the people afflicted with leprosy, who were staying in the building in front of the AIDS center. This soup was prepared daily by the sisters next door to a hospital where the brothers work, and was given to the very poor patients there.

We were also to pass by an eatery whose owner had offered to give Brother 20 packs of a special rolled sticky rice dish for the breakfast of the 15-20 AIDS patients in the center. I found out why the number was never fixed. You never knew when a patient would die and how many new patients would be coming in to stay — too sick to continue being outpatients.

We had a bit of difficulty finding the eatery, since this was the first time he would be receiving this donation of food from them. I found out later that this was his constant experience, meeting people who had heard of his work, and would offer whatever they had to share. For this little breakfast eatery, that was to share today's breakfast with the patients.

I think this experience has helped me understand in a very real way what God's heart is like.

Then it happened. As I balanced the plastic bag with the hot breakfast on my left thigh, we were taking a turn in the roundabout going to the outskirts of the city where the hospital was located. I felt something like a bright warmth briefly hover us … and with it a quiet understanding that God was smiling at what we were doing, happy that we were caring for his most loved children. It was a very momentary experience, but it has given me a growing and deep conviction of how much his sons and daughters with AIDS mean to God. I think this experience has helped me understand in a very real way what God's heart is like.

The rest of the morning, we swept and mopped the rooms of the patients who were too weak to do the work. In one of the rooms I swept, a patient who had died the day before was still lying there, covered with a blanket, a bunch of green bananas on his stomach as food to accompany him on his journey through death. Brother and I offered incense and a prayer, and consoled his grieving young wife (who was HIV-positive) and older sister. While we were sweeping the yard, the police came to check and see if the patient had really died. It turned out that he was a convict. When it was discovered he had AIDS, he was transferred to the center, and chained to the bed. Beside him in the room was another young man in an advanced state of the disease, calling out to his mother and father to ask why he was still alive. He died the following day.

It is strange how one thing leads to another. Eventually, we found ourselves with a card-making project to help the patients do something productive and creative, while earning something for their personal needs, or for their families. It is amazing, Brother said, how a simple thing like making cards suddenly transformed the atmosphere of the center and the spirit of the patients; they were doing something beautiful, that people were willing to buy, and they were earning money for it!

I know this chain of events will continue, just as how Brother first learned about the existence of the center while reading a newspaper, and got permission to work there. Since then, some women with AIDS have surfaced and asked for similar work to earn money. I feel privileged that they trust us enough to feel safe in revealing themselves to us. In society, they are invisible, made to be invisible. Discriminated against in the workplace, they cannot find employment and their children cannot go to school.

So much education regarding HIV/AIDS needs to be done with the general public. But I have been encouraged by encountering volunteers who come seeking to help these "invisible" little ones of God. I know God's smile rests on them, and a piece of his heart is in their own.

Wishing you a New Year blessed with God's smile as you care for his little ones there wherever you are, and for our battered, war-weary but amazingly tender and beautiful world.

*Name and details have been changed to protect privacy.