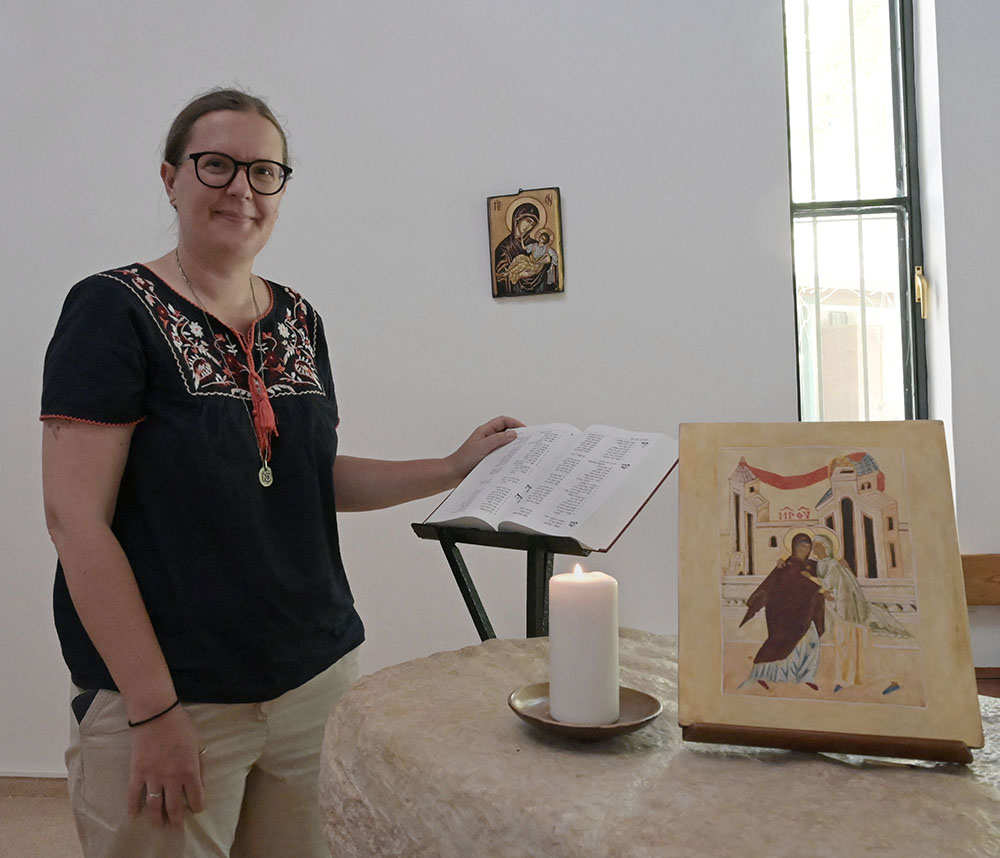 Sr. Kasia Kowalska, a member of Our Lady of Sion from Krakow, Poland, poses in the chapel of the Notre Dame de Sion convent in West Jerusalem on July 18. Passionate about learning the Jewish roots of her religion, Kowalska has shared her order's mission of dialogue in Polish, African, Israeli and Palestinian circles. (CNS/Debbie Hill)

Despite the ever-present tensions, Our Lady of Sion Sr. Kasia Kowalska believes she has found her place as a conduit of dialogue within both the Jewish and Palestinian communities in the Holy Land.

"Christianity can't be understood without understanding the Jewish roots of our faith: Jesus was a Jew, Mary was a Jew, the first apostles were Jewish," said Kowalska, 45, during a recent visit to the Holy Land from Poland, where she lives. "Today we are speaking of two sister religions."

In 2018, Kowalska, the only Catholic nun to receive a doctorate in Jewish studies from London's Leo Baeck Institute, a rabbinical college, started teaching a one-week module on Jewish pilgrimage traditions at Bethlehem University as part of a class on religious pilgrimages at the Institute of Hotel Management and Tourism.

"For me, it is the most important work I am doing," Kowalska said of the module, which concentrates on the religious aspect of pilgrimage, not only in the Holy Land, but also in Jewish places of pilgrimage in other parts of the world, including Morocco and Ukraine. "When you talk about ritual, you need to know why people behave the way they do. It is very important that I am not Jewish and not Israeli, and that I am Catholic. [The students] can engage with us; they trust us."

The class also includes modules on Christian and Muslim pilgrimage taught by other lecturers. The Jewish module was originally taught by Our Lady of Sion Sr. Anne Catherine Avril. Since the Holocaust, the religious order has dedicated itself to interreligious dialogue and prayer through the church, Jewish people, and a world of justice, peace and love.

"We need to know who our neighbors are if we want to have a peaceful society," Kowalska said. "We need to know and understand how other people think about themselves, not through books, but really enter the shoes of the other. If not, we will continue to have stereotypes about one another. We need to meet the other where the other is."

Living along the seam line between Palestinians and Israelis, with their Ecce Homo convent in the Old City of Jerusalem and another convent in Ein Kerem in West Jerusalem, the Sisters of Sion are alternately perceived as being pro-Israeli or pro-Palestinian, Kowalska said.

Before the pandemic, she was able to teach in person and spend the week of her module living in Bethlehem, West Bank, listening to the Palestinian narrative and learning about their struggles and joys, she said.

"The more you are here, the less you understand," she said. "The more you are integrated with the land — you need to talk to the people, eat the food and walk on this land, have the dust of this land on your feet. You can't do it from abroad. You need to give it time; even then, you are an outsider, and you see how complex the situation is, and you see the diversity. You see that there is no easy answer to wanting and seeing everyone's humanity." 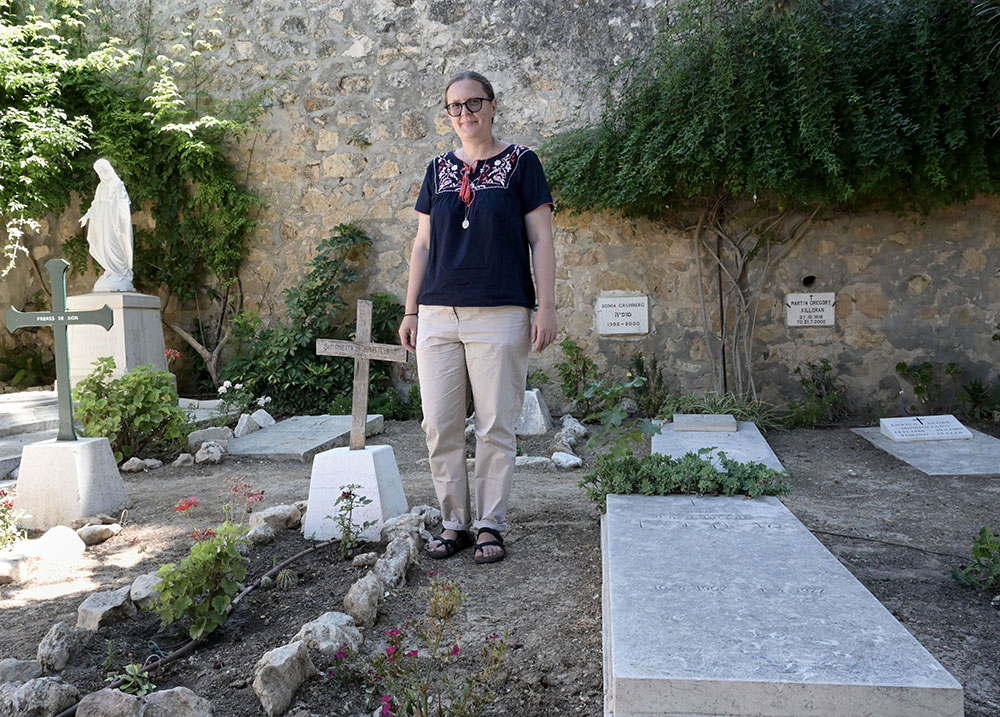 Sr. Kasia Kowalska, a member of Our Lady of Sion from Krakow, Poland, poses July 18 in the cemetery of the Notre Dame de Sion convent in West Jerusalem. (CNS/Debbie Hill)

Her choice to dedicate herself to teaching about Judaism rather than Jewish-Catholic relations is purposeful, she said.

Reflecting on the complex relationship that exists between Poland and Jews following the Holocaust, Kowalska also has chosen to be a source of dialogue in her native Poland, where she now resides in Warsaw and participates in Jewish-Catholic dialogue.

She told Catholic News Service the two 16th-century synagogues and two Jewish cemeteries she used to walk past in her childhood attest to the thriving Jewish community that once existed in Poland. Only after the 1989 fall of communism — under which Catholics also were persecuted — did people begin speaking about the Jewish past of Poland, she said.