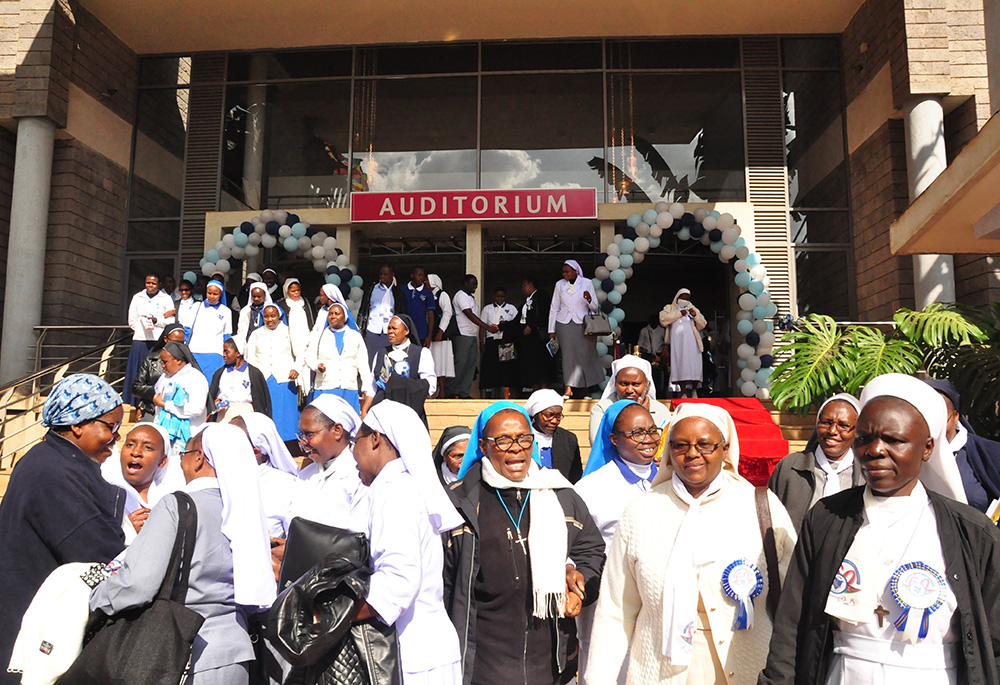 A section of sisters at the Association of Sisterhoods in Kenya's diamond jubilee Mass, celebrated Nov. 19 at the Catholic University of Eastern Africa in Nairobi (Lourine Oluoch)

The Association of Sisterhoods in Kenya, or AOSK, which brings together more than 6,000 women religious from congregations throughout Kenya, celebrated the 60th anniversary of its founding at the Catholic University of Eastern Africa in Nairobi, Nov. 19.

Superior generals and representatives of different congregations in the country — as well as the Kenya Conference of Catholic Bishops — attended the event, as did hundreds of women religious, religious novices, priests, and lay faithful. Also present were representatives from the Association of Consecrated Women in Eritrea, the Conference of Major Religious Superiors in Ethiopia, the South Sudan Sisters' Association, and the Association of the Religious of Uganda. 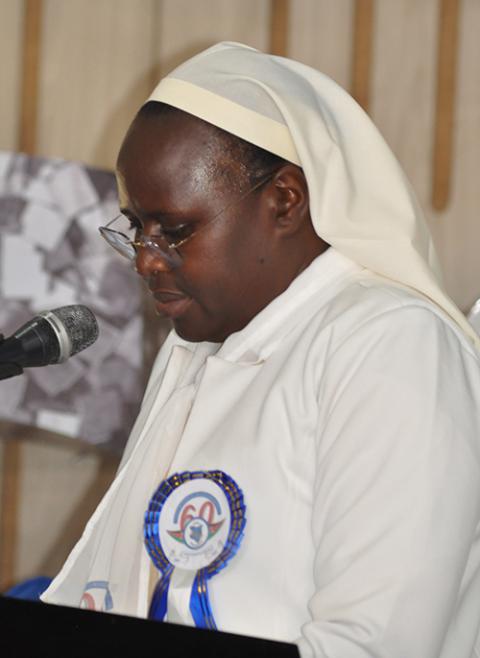 Sr. Pasilisa Namikoye of the Little Sisters of St. Francis and the AOSK executive secretary, gives a speech during the diamond jubilee celebration of the association. (Lourine Oluoch)

At the 60th anniversary event (or diamond jubilee), the sisters reflected on their journey since Vatican II, saying the mission for founding the association has been realized through their care for the homeless, immigrants, the environment, and victims of human trafficking, as well as their work as counselors and offering education scholarships to vulnerable people.

Wishing "happiness and great joy to all members of the association" on behalf of the Association of Sisterhoods in Kenya secretariat, Sr. Pasilisa Namikoye, the AOSK executive secretary, told participants that "indeed, Catholic sisters have always stood out as a voice for the poor, the helpless and the marginalized in society."

Namikoye, a member of the Little Sisters of St. Francis, said that Catholic sisters in the country have touched virtually every part of life by founding schools, hospitals, counseling centers, and orphanages to care for the most vulnerable people in society.

"The sisters have immensely contributed much to the growth of societies ... not only in education and health care, but also in moral and social development," she said. 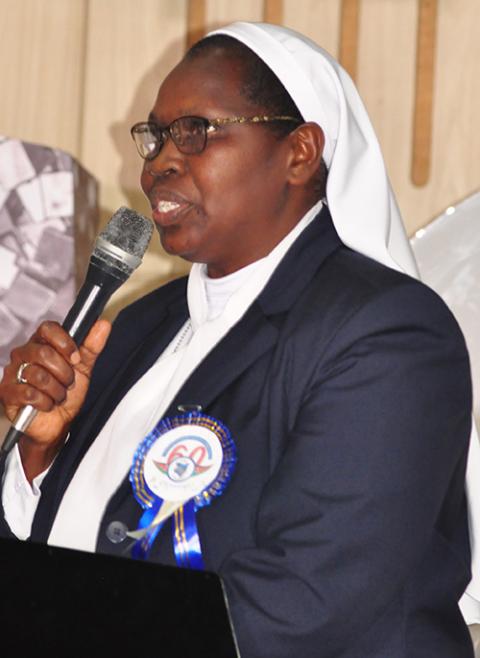 Founded in 1962, the Association of Sisterhoods in Kenya is an umbrella body of registered member congregations of Catholic sisters, representing more than 6,000 sisters across the 25 dioceses of Kenya.

Sr. Josephine Veronicah Kangogo, AOSK's chairperson, attributed part of the conference's success to the various organizations, including the Conrad N. Hilton Foundation, that have trained sisters in various fields on how to offer better services to the communities and vulnerable people. (The Conrad N. Hilton Foundation is also a major funder of the Global Sisters Report.)

"You've seen the number of sisters who have been empowered in different fields to be able to serve the church in a better way," said Kangogo, a member of the Religious Institute of the Daughters of the Sacred Heart. "These few lines of the purpose and mission of the association, as envisioned by the founding members, communicate incredible wisdom and foresight that has guided us to date with minimal adjustments."

In his homily presiding over the diamond jubilee Mass, Mombasa's Archbishop Martin Kivuva Musonde, chairman of the Kenyan bishops' conference, lauded the role the sisters play in the country, noting that the sisters' journey also reflects the journey of the Catholic Church in Kenya. 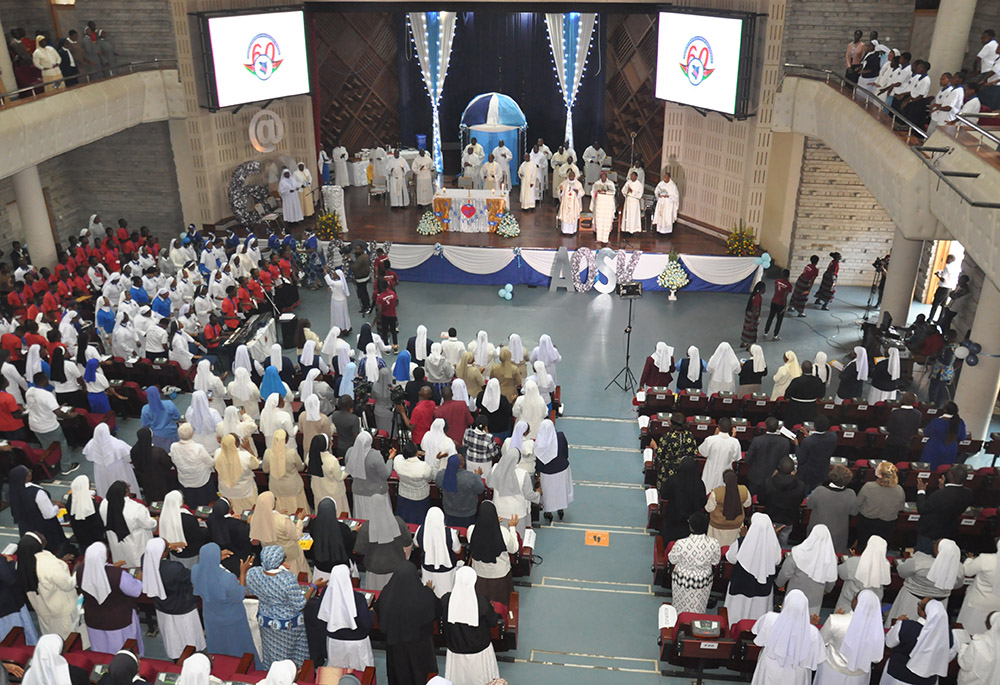 Archbishop Martin Kivuva Musonde leads Mass during the diamond jubilee celebration of the Association of Sisterhoods in Kenya. The prelate, who is also the chairman of the Kenya Conference of Catholic Bishops, lauded the sisters for the work they do across the country. (Lourine Oluoch)

"I must congratulate any of you who have gone even the extra mile," he said. "Once upon a time, places like prisons were not known for visiting, but some of you have gone into very difficult apostolates, walking with the poor and the sick."

Sr. Rosalia Sakayombo, president of the Association of Consecrated Women of East and Central Africa, or ACWECA, told participants that the Association of Sisterhoods in Kenya was a role model to other associations in the region, given all it has achieved since its founding. She said the celebration was a sign of unity and communion of sisterhoods in the ACWECA region and the church, with AOSK serving as a "sign of hope for God's people."

"You have lived out and are living out your prophetic role," said Sakayombo, superior general of the Religious Sisters of the Holy Spirit in Zambia. "As ACWECA, we assure you, sisters in AOSK, our unceasing prayers, support, and collaboration in the Lord's vineyard." 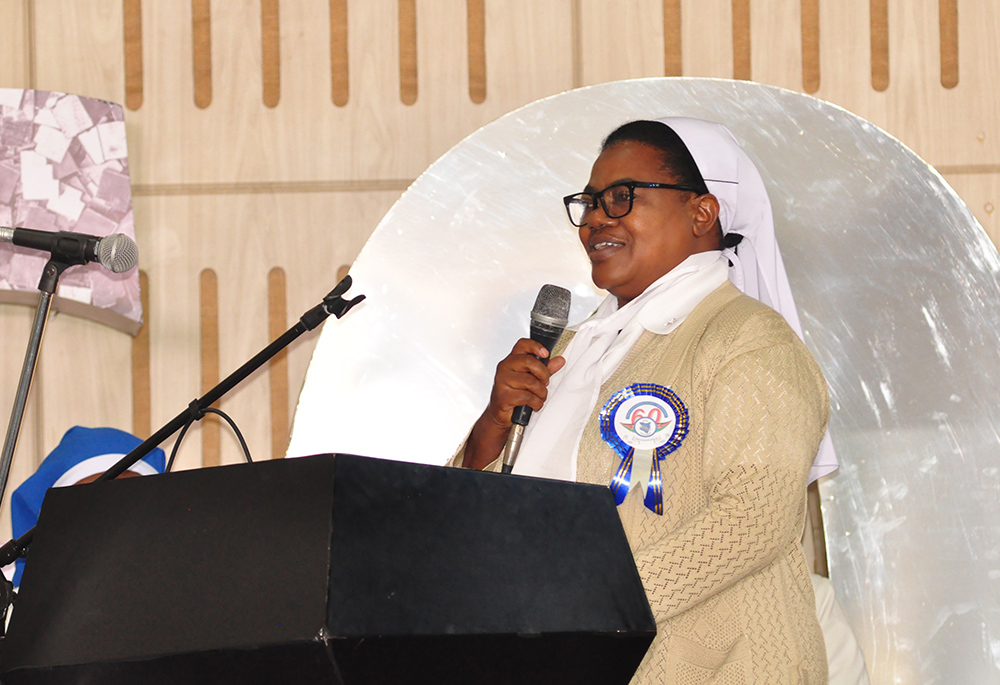 Sr. Rosalia Sakayombo, a member of the Religious Sisters of the Holy Spirit and president of ACWECA, gave a speech at AOSK’s diamond jubilee. Also in attendance from ACWECA were representatives from Zambia, Tanzania, Malawi, Eritrea, Ethiopia, South Sudan and Uganda. (Lourine Oluoch)

Religious sisters were also encouraged to use their gifts and passions to continue serving the vulnerable people in society and work together with other stakeholders to improve their ministries to the people.

Musonde stressed the need for the sisters to collaborate with each other and with the other arms of the church.

"One of those things mentioned here many times is to create partnerships of purpose," he said. "We are running schools, we are facing the same things, and what do we do together? What do we learn from each other? You also want to, as members of the congregations, work closer and reach out to people in need, to share the resources we all have — about talent, about funding, about ideas on how to do it better. And that's what the conferences of religious, the conferences of bishops try to do." 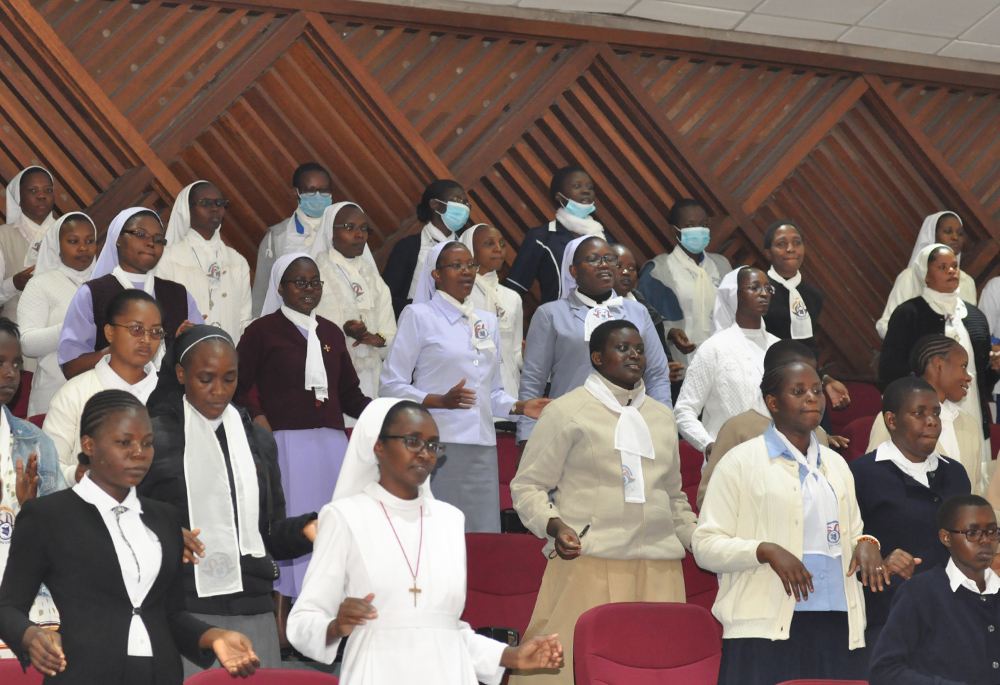 "In our modern culture, only people who produce are considered valuable," he said, adding that many religious also fall victim to that temptation. But today, the monastic experience "is so great a need, is more important than ever."

"In our times of egoism, individualism and emphasis on career and self-development, it has become a challenge to give oneself generously and creatively to one's brothers and sisters," the Dutch prelate continued. "We should never give in to the temptation of withdrawal into self, never being content in past achievements and never indulging in pessimism or weariness."

Kangogo added a final prayer for AOSK, "that with our collaboration and networks, congregations will be able to work towards sustainability in all aspects of religious life."