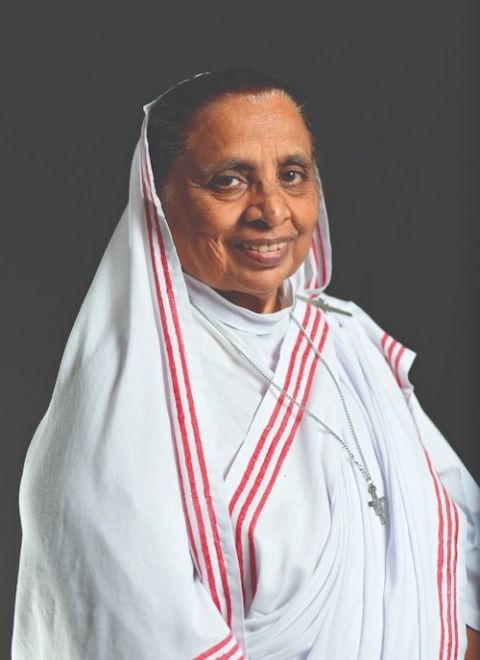 Sr. Ruth Lewis of the Franciscan Missionaries of Christ the King (Provided photo)

Pakistanis are mourning the death of Sr. Ruth Lewis, whose half-century ministry affirmed the dignity of children with physical and intellectual disabilities.

The Pakistani sister of the Franciscan Missionaries of Christ the King died July 20, 2020, at Aga Khan University Hospital in Karachi, Pakistan, from complications of COVID-19. Dar-ul-Sukun, the charity Lewis headed, said she was born in 1946.

As a sign of esteem and respect, the Pakistan government announced it was posthumously awarding Lewis, a lifelong resident of Karachi, with its Sitara-e-Imtiaz, the highest civilian award in Pakistan.

That honor earned praise from Mariyam Kashif, a Catholic educator and social activist, who said Lewis' life was a source of "pride for all Catholics and for the whole nation. The decision to reward her is admirable, she truly served humanity without any discrimination," AsiaNews reported.

Lewis worked at Dar-ul-Sukun for 51 years and was its director for 20 years.

Dubai-based Gulf News reported that nearly two dozen children at Dar-ul-Sukun contracted the coronavirus, but Lewis continued working at the facility. Lewis tested positive for the virus on July 8 and was later admitted to Aga Khan University Hospital and placed on a ventilator, officials said.

"We at Darul Sukun are deeply saddened on the passing away of our beacon of hope. We have lost one of the finest of people and an incredible human being," the organization said July 21 on its Facebook page. "We will miss you in this journey at Darul Sukun and take an oath to stand true to your cause. Rest in peace Sister Ruth Lewis." 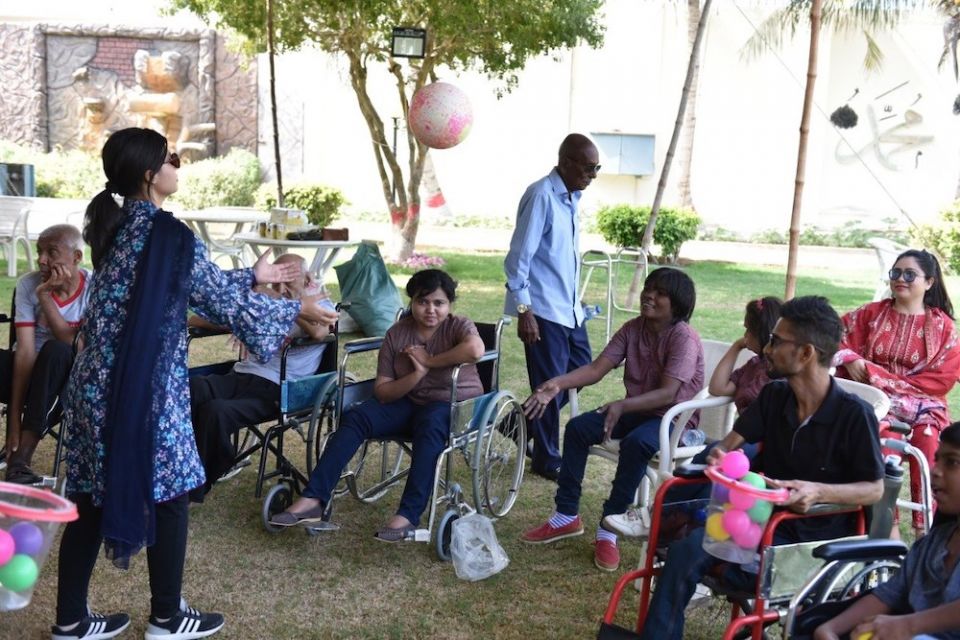 A social event for residents of Dar-ul-Sukun, a facility in Karachi, Pakistan, for children and adults with physical and intellectual disabilities (Provided photo)

In another statement, reported by Gulf News, the charity praised Lewis' service to humanity, noting she had "worked for and loved the special children of Dar ul Sukun from the day it was founded 51 years ago. She was the icon of love, care and true compassion."

Political leaders also praised Lewis, the Karachi-based News International reported. "Her selfless contributions to our society will always be remembered and cherished," said Murtaza Wahab, a spokesman for the government of the province of Sindh, Pakistan.

Dar-ul-Sukun noted that the charity expanded during Lewis' leadership, including the construction of a modern building in 2004. The charity now has branches in different parts of the country and offers services to older citizens, as well as to those it calls "socially displaced" girls.

Dar-ul-Sukun was founded in 1969 by Sr. Gertrude Lemmens, a Dutch sister who was moved by children with physical and intellectual disabilities in Pakistan and who worked closely with Lewis and other Franciscan Missionaries of Christ the King sisters.

Lewis credited Lemmens as "the inspiration and reason that I dedicated 51 years of my life to these children," she said, reported by Gulf News. Lemmens died in 2000, and Lewis took over the role of Dar-ul-Sukun's director.

"Since then there was no turning back," the charity said in a statement reported by Gulf News. "She took care of such children all her life. The children whom their own family abandoned, children who were called monsters because of deformities and chronic disability, children whose single sight could traumatize a layman."

It added: "Sr. Ruth became their mother. They were not objects of misery and charity to her, but her own children. She truly was the Mother of forgotten ones. No one can fill the void she left."

Coronavirus | Pakistani Sr. Ruth Lewis, who served those with disabilities for 50 years, dies of COVID-19 complications

Strangers no more: Moving from fragmentation to wholeness