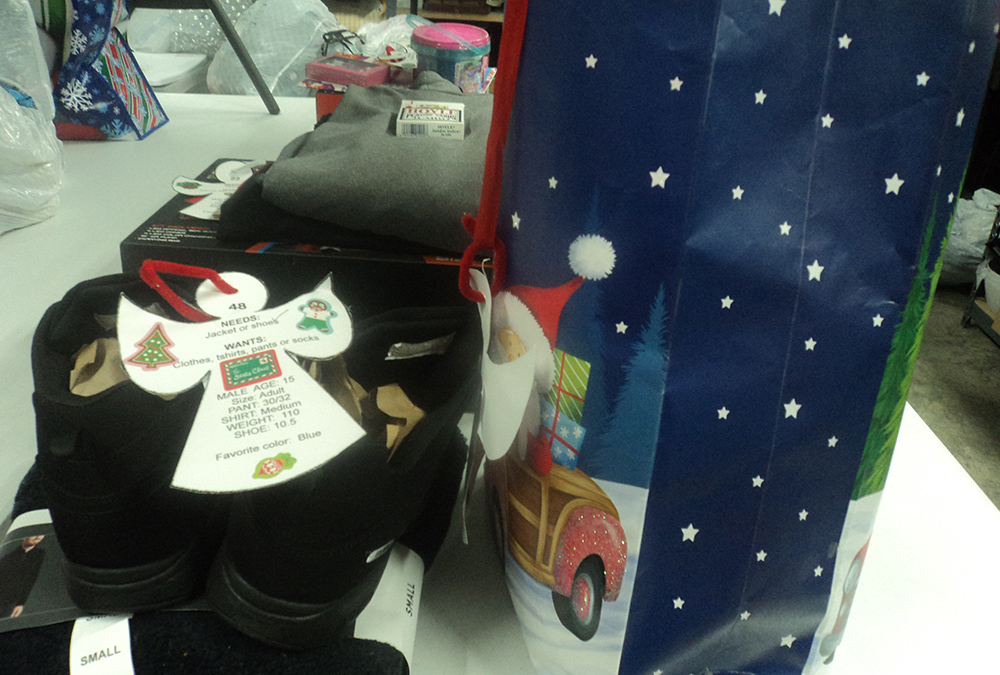 A paper angel is pictured with a description of the child and his or her wants and needs. Someone bought a gift, and volunteers prepare to give it to a family during December 2022 at Catholic Social Services in Tuscaloosa, Alabama. (Courtesy of Sr. María Elena Méndez Ochoa)

As part of our social pastoral ministry, the sisters of my community and I set the stage in early December to imitate the shepherds and wise men. We set out to bring joy to children of low-income families in the communities we serve in Alabama at the Guadalupan Multicultural Services Centers in Eutaw, and Catholic Social Services in Tuscaloosa.

To make this a reality, we first spoke with the families and enrolled them in our program. The children's Christmas wishes were then written on paper angels and placed on Christmas trees at Holy Spirit and St. Francis of Assisi parishes in Tuscaloosa, Alabama. Parishioners were invited to take one home and buy what each child wanted for Christmas. About two weeks later, people returned the angels they had chosen, along with the gifts they had purchased. Then a team from the parishes and the Social Services Center did everything we could to fulfill the children's wishes, placing each angel with the items according to family.

The centers began to fill up with things like dolls, strollers, balls, clothes, shoes and jackets. Meanwhile, the ladies in charge of receiving and preparing the gifts were enjoying themselves, imagining the moment when they could call the family to pick them up. The gifts had to arrive in their homes before Christmas to surprise the little ones on Christmas Day. For me, one of the gifts I received was witnessing the generosity of so many people who gave with joy, even without knowing the children or the families they were helping.

There were events throughout this preparation process that shaped my Christmas. For example, one day, four young Guatemalan men arrived at my office, each carrying a huge bag of Christmas gifts — the bags were almost half as tall as the men! But what surprised me was not the size of the bags but the enormous smiles, joy and satisfaction reflected on their faces at their act of donation and generosity — because I knew they were needy themselves and were giving out of their poverty and generosity.

Another experience that touched my heart was when I visited a family with seven children, all living in a garage; the oldest was 11 years old, and the youngest was a baby girl a few weeks old. I had gone to fill out the registration form at their home because they had neither a car nor a phone to get to the center to fill it out themselves.

It was evident, as they stood there, that they needed many things: shoes, clothes and also toys. Their situation was dire: The children were not only begging for something for themselves, but the family also needed money for a telephone so that the father could get a job and a used car to get around.

In the context of this situation of deprivation and need, we thought of Jesus being born in a humble manger where shepherds and wise men visited and brought gifts for him and his parents, Mary and Joseph. There was a baby girl and an older girl in this house, both still in diapers, so I told the mother, "The best thing you can ask for as a gift for these two girls are diapers because they are expensive and necessary," and the mother agreed. 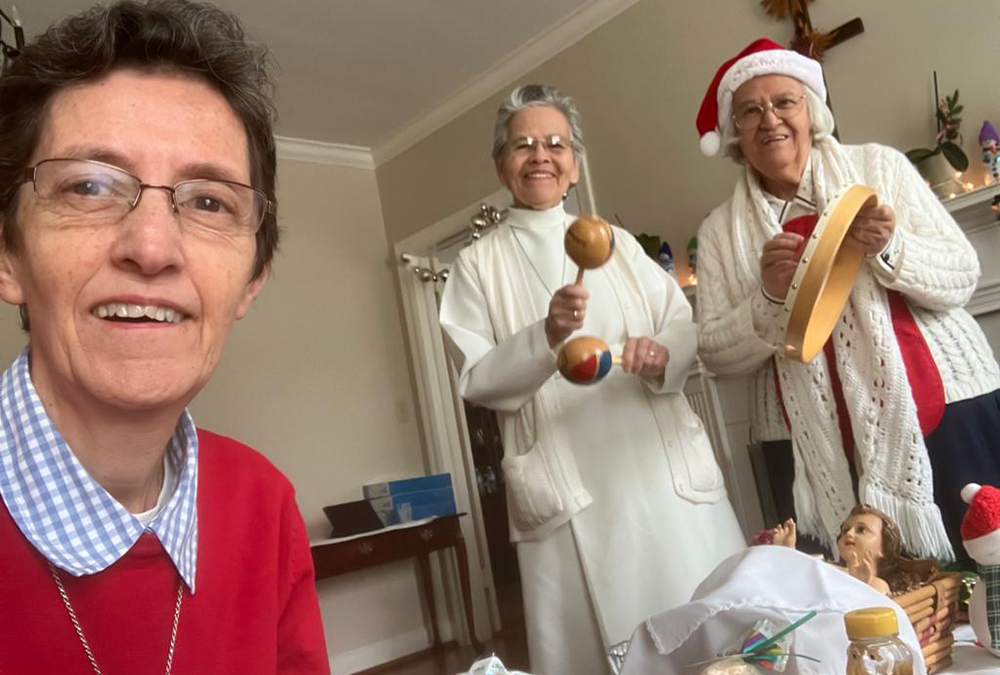 Due to the generosity of other families who, like Magi from other cities, shared their gifts, God blessed this family this Christmas with some much-needed gifts. They were able to purchase a used car and pay their past-due rent; that allowed the parents to get a job for themselves and provide for their family's security and well-being. The children, for their part, received toys, clothes, shoes and other things that filled them with happiness, and the mother felt more at ease.

Reflecting on my experiences during the Christmas season, I concluded that we live in a consumerist and materialistic culture that has taken Jesus out of Christmas. "Christmas" now exerts a powerful social pressure that is difficult to escape, even for religious sisters. I imagine it's even worse for parents with limited financial resources who have small children who want and need so many things. I would also argue that this culture is, to some extent, unfair and exclusive to the most unfortunate.

It has brought us great joy to see how we, as religious, have served as conduits for God's grace, bringing gifts to these families and to many others in our neighborhood. We and those other generous people are gifts — wrapped in the wonderful mystery of love — that God gave to humanity, especially for the most vulnerable and simple members of the community that we serve.

This column was translated by Sr. Helga Leija.