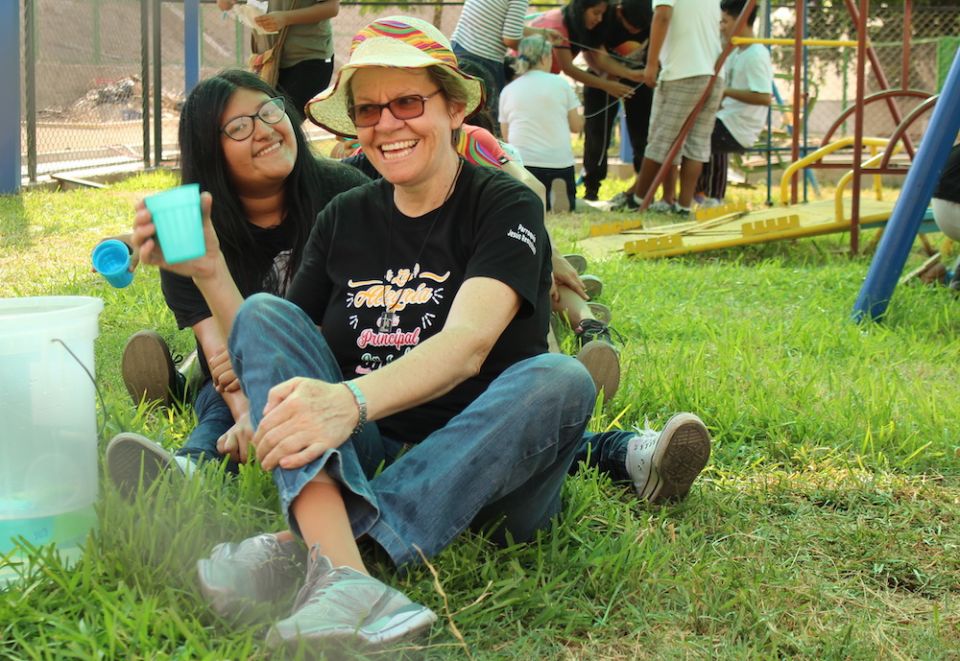 I am a Brazilian, but for three years I have been working in the Barrio Independencia, an area of great poverty in the northern part of Lima, Peru. Peru is a country with an extremely low (but still significant) population of declared indigenous people or their descendants. In this barrio, most of the inhabitants are native or direct descendants of families that came from the mountain or jungle regions. In my pastoral work with youth, I have noticed that the synod has stimulated life in the youth population.

In the time I have been with them, I had never heard them speak their native language or admit in a group that they spoke Quechua. Rather, I would see them try to hide it. What has caused this change? In the two years of preparation for and during the Amazon synod, the media have had a great deal of information about the Amazon. Social networks were also filled with the issue, some in favor of it and others against, which almost forced each person to take a position on it.

Another factor was the dissemination of the messages from and attitudes of Pope Francis that have ignited hope in many hearts. A few days ago, a 23-year-old girl I will call Maria told me, “It's very difficult to be someone who doesn't exist. I am in my own country, and just because I am a granddaughter of indigenous people, I feel that I am nothing, someone who does not count. Many times I have experienced rejection, contempt. Thank God, now the situation is changing. The pope knows that we exist and is on our side. We, too, are with the pope.”

There are factors that facilitate young people's acceptance of the Amazon issue: They belong to a generation that in one way or another has been working in schools and universities with issues like environmental care and climate change — and is more sensitized to welcome and contribute to the defense of the Amazon.

Today's youth are connected through social networks 24 hours a day with others of their generation and with the world. They are constantly receiving information in real time; some is complete and true, some is incomplete or false. They become eager to disseminate what they know and feel about a certain issue and to mobilize, congregate with others and take to the streets to protest in shouts and slogans. Thus, our youth are becoming leaders in actions for human rights, climate and ecology in all countries. I think this is a driving factor in the cause of the Amazon and the promotion of an integral ecology.

Many young people from this country are part of a forgotten population and know very well what it means to be a minority group. Besides this, Francis has the ability to reach youth, of whom there are few who do not like him or do not value his messages.

We are living in a hopeful waiting period. The entire synodal process has been rousing and formative. I am also delighted and have renewed hope, based on what I am hearing and experiencing in this post-synodal time, which coincided with the liturgical time of Advent. Was that coincidence?

The Amazonian synod is a process that I suspect is just beginning. There are still many roads to open, many challenges to face and many networks to build so that the ecology is understood, prayed for and considered integral. But there are also gestures that encourage us to keep hope alive and continue betting on a church of God's people. 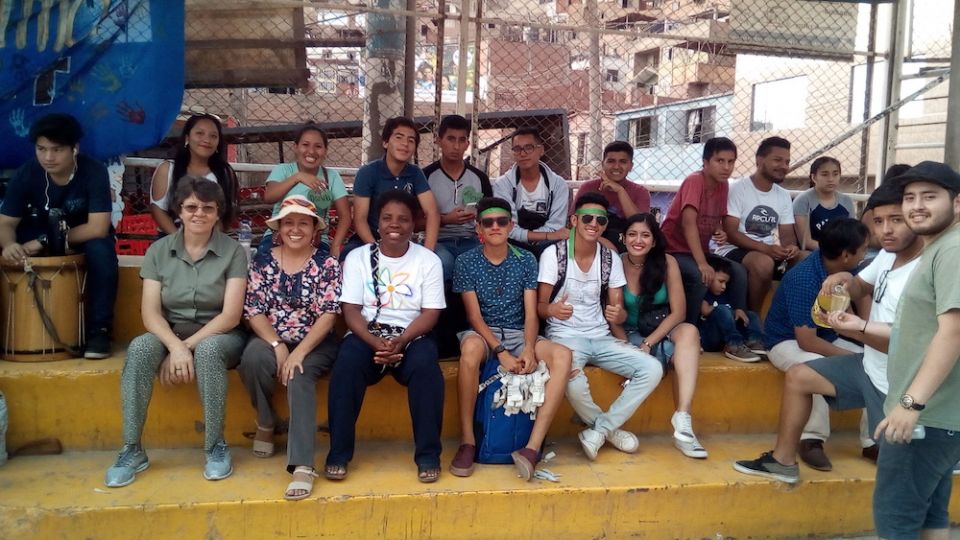 Srs. Noeli Massoni and Ramona Mariano, front row left, both Carmelites of Charity of Vedruna, participated in the "Easter Youth" meeting with young people from the Christian communities of The Risen Jesus Parish in Lima, Peru, April 28, 2019. (Provided photo)

Gestures like the one made by a group of members of the synodal assembly, by renewing the commitment signed in 1965 by a group of conciliar fathers in the Catacombs of Domitilla, asking God for the grace to "be faithful to the spirit of Jesus" in the service of the poor and assuming a serious commitment called Pact of the Catacombs for the Common House. Sr. María José Meira, Carmelita de Vedruna, participated in the Eucharist where the agreement was signed and tells us about her experience:

I have lived this experience as a gift. I felt I was treading in the Holy Land — the Catacombs of Domitilla, with that group of men and women passionate and committed to the Kingdom. To remember the first Covenant was to engage with the history lived from that time until today. Relive and update today the same gesture. It was as if time had stopped and we were there, now we, along with them. The space was the same. We were there again to say that all the efforts were worth it; that the blood of our martyrs flourished in life; that we are committed today to the cause of our Common House, integrated with the march by an outgoing, missionary church, committed to the great causes of humanity, causes of the Gospel of Jesus, our Teacher and Guide!

[Noeli Maria Massoni is a member of the Congregation of the Carmelite Sisters of Charity of Vedruna and serves on the Provincial Team of the Province of VedrunAmerica. From Brazil, she lives in Lima, Peru, where her ministry includes participating in the Vedruna Youth Mission in America and advising the Youth Ministry and Catechesis Program for Adolescents in the Resurrected Jesus Parish.]

Editor's note: NCR has an extensive series on the Amazon synod, including this reflection, a theological response to Pope Francis' four sueños in Querida Amazonia, by Carmen M. Nanko-Fernández, professor of Hispanic theology and ministry, and director of the Hispanic Theology and Ministry Program at Catholic Theological Union (CTU) in Chicago. See the whole series here.

Knit one, pray too