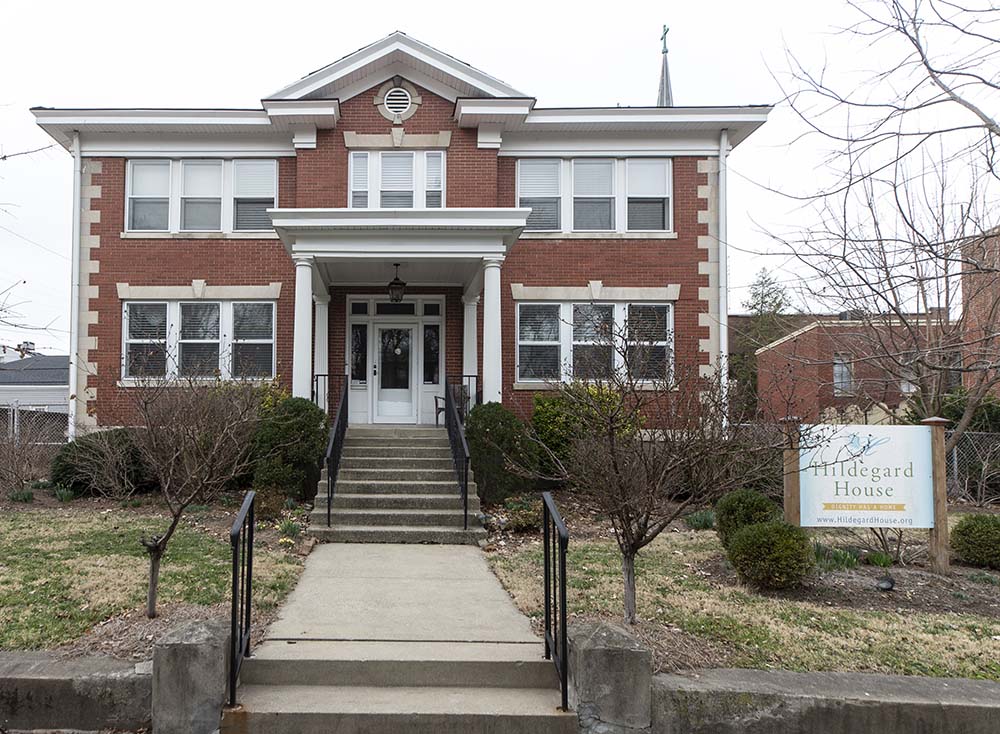 Hildegard House, a compassionate care home in Louisville, Kentucky, was created at a former Ursuline convent. Karen Cassidy, a co-member of the Sisters of Loretto, is executive director of the home, named for 12th-century Benedictine St. Hildegard. (Courier Journal/Pat McDonogh)

It has been said with some authority (Mark 2:22) that one does not put new wine into old wineskins. That may be true in the world of vineyards and winemakers, but sometimes new wine has been successfully put into old skins and the skins have held up well.

It was in 1926 when members of a German parish, St. Joseph, built a state-of-the art convent for the German Ursuline Sisters of Louisville, Kentucky. St. Joseph was in the heart of the butchering, beer-making, meatpacking neighborhood of the city of Louisville, and the area is still called Butchertown.

The convent built to accommodate 10 sisters comfortably (but sometimes holding more uncomfortably) had many modern conveniences: steam heat with radiators in every room, many windows — hung on thick ropes with pulleys — inlaid hardwood flooring throughout and a basement with large laundry tubs and long clotheslines. This convent had two parlors in the front of the house where the sisters could receive family and friends or do official business with "outsiders." An ample kitchen connected to a dining room by way of a butler's pantry. But the biggest part of the first floor was devoted to a chapel with a semicircular sanctuary and a sacristy large enough to store vestments and sacred items.

The second floor proudly held 10 cells (compact bedrooms) and a superior's room and office. Sisters kept their personal clothing and items in lockers down the main corridor. The second floor was rounded out with an airy community room, complete with a wall of shelves to store needlework or school items. Hundreds of sisters lived in this “wineskin” from 1926 through 1995. 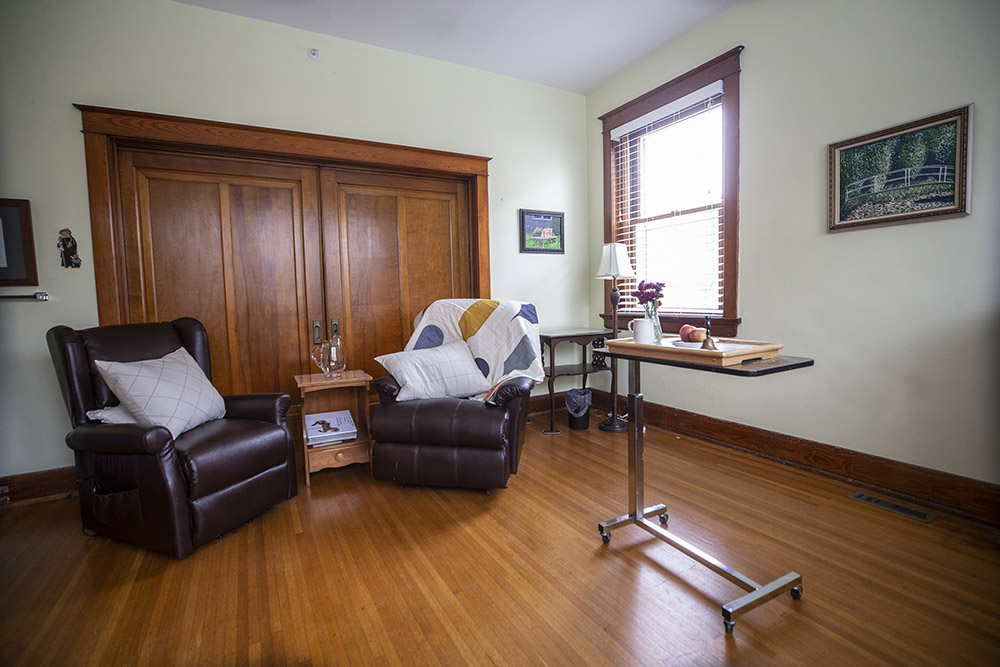 A former sister's bedroom has been converted to a resident's bedroom, where volunteers now pray and comfort a person on the journey to death. (Courier Journal/Pat McDonogh)

After the last Ursulines moved out in 1995, this nearly century-old convent became a parish daycare center, then sat empty for four years. But in 2014, new wine began to be put in that old skin. Karen Cassidy, a co-member of the Sisters of Loretto (based in Nerinx, Kentucky) and a palliative care nurse, brought her dream to this convent, and Hildegard House was born. Cassidy is executive director of the compassionate care home named after 12th century German Benedictine St. Hildegard — herbalist, mystic, musician, writer and doctor of the church.

The only such facility in Kentucky, Hildegard House cares for those who have no one to accompany them in the dying process. Hildegard's spirit is palpable in the home where volunteer caregivers and a small number of certified nursing assistants and registered nurses now serve around the clock.

Before resident care could begin, volunteers had to tear out the old heavy steam radiators and weatherize the windows with rope weights (both things some of the young volunteers had never seen.) They also pulled up 4,000 square feet of carpet to expose the beautiful hardwood floors. Then a skilled contractor came in and turned the two parlors into a meditation room for those seeking comfort and quiet, and a bright and comfortable bedroom for a resident. 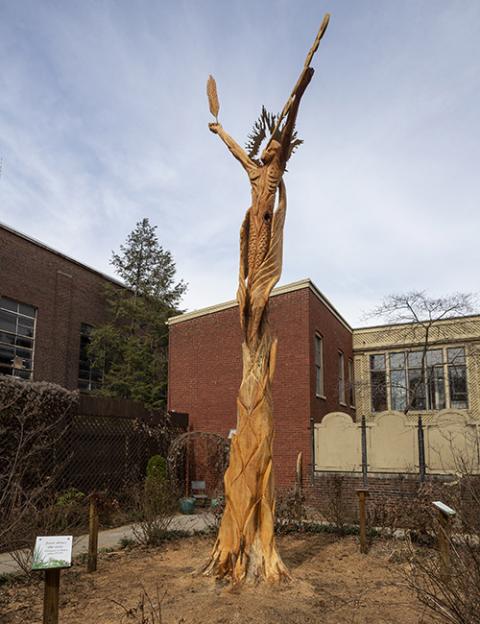 An old maple tree under which sisters used to gather has been carved into an angel reaching almost 30 feet into the sky. (Courier Journal/Pat McDonogh)

The pocket doors that used to separate the chapel from the parlor now separate two bedrooms. Where the sisters used to pray, volunteers now pray and hold the hands of someone who is dying. The third resident bedroom is composed of the walls that previously surrounded the sanctuary and sacristy. Masses were celebrated inside these walls. Today, spirits rise above them on their way to be joined again to the God of the Universe.

The partially enclosed yard — where the sisters sat under an old 30-foot maple tree to do their mending and talk about their day — is now a memorial garden with a variety of flowers and a fountain. Residents can go outside and feel protected. And the old maple tree that was destined for removal has been carved by a talented chainsaw artist into a breathtaking angel reaching almost 30 feet into the sky. This remarkable angel holds a feather up to God as a reminder of St. Hildegard, who called herself a "feather on the breath of God."

But there are more properties in more places that have been successfully repurposed. With all due respect to Jesus' saying about wine and skins, sisters, brothers and diocesan property managers across this country and Europe have successfully put new wine into old building skins. Novitiates and scholasticates, as well as empty parish schools, some with large adjoining convents, have been turned into retreat centers, apartments for the elderly or low-income housing. Churches that used to meet the spiritual hungers of immigrant populations now meet the physical hungers of people who frequent them as specialty restaurants. Monasteries have been given to others to convert them into museums, diocesan offices or to be remodeled into hostels for weary travelers.

Yes, in the field of making wine, it is important not to put the new wine into old skins. But in the field of religious property, there have been untold success stories of new wine aging nicely in old wineskins.