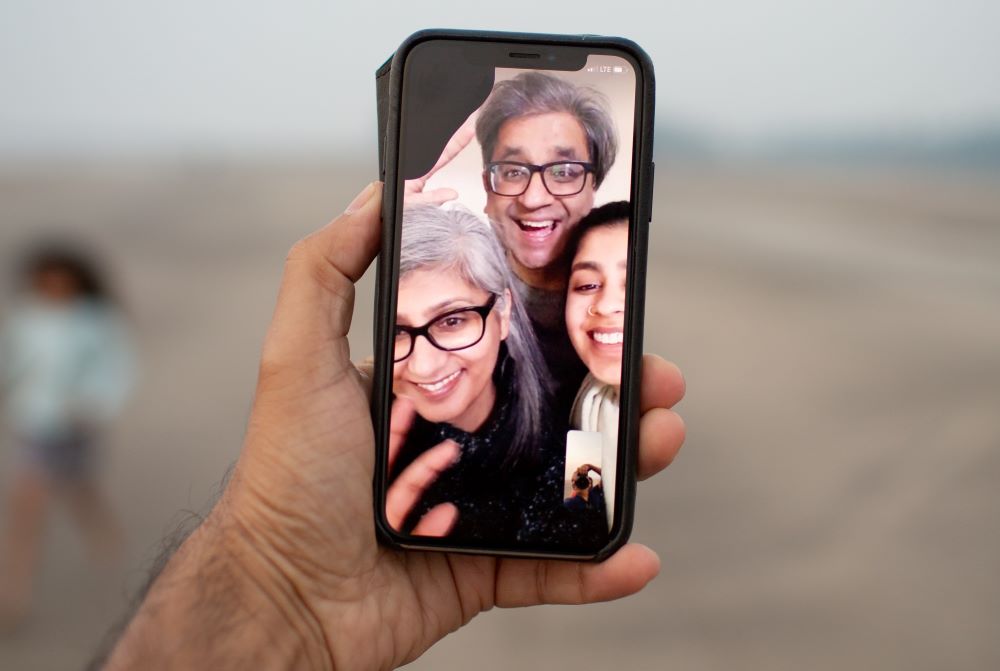 I was on a telephone conversation with one of my cousins. While speaking about random issues, she mentioned that one of her neighbors was thought to have cancer, and described her pathetic circumstances. Money was her biggest concern. After a while we changed topics, spoke about a few other things, and ended the call.

A little while later something occurred to me: I had heard about the pathetic situation of a person who is unknown to me. I had two choices before me: Either ignore the entire story or seek a way to find a solution. I chose the latter. I have a mobile phone with internet with me at all times. I do have people among my contacts who are rich, generous and charitable. It took only a shameless attitude and few messages to get a sum of rupees credited to that woman's account. Although it didn't mean everything, it would definitely mean something to her.

Christmas is the story of unconditional giving and loving. Mary, Joseph, shepherds, magi — all had something to offer. They were called to give without delay, almost in an instant. Their selfless giving brought the word incarnate into our midst. And ultimately, Jesus was the offering for all humankind. Their Advent, which marks the beginning of the Christian liturgical calendar, calls us to be ready to receive a message to be at the service of others.

Reading through the story of Christmas, we also encounter selfish and cruel characters: the innkeepers who denied a room for the couple, and Herod — a symbol of jealousy. Advent is the season to check our hearts, to see: Do I feel the pain of those who come to my doorstep?

The chaos created by the pandemic has thrown everyone's life out of gear. Poverty, unemployment, psychological traumas, layoffs, grievances — even death — seemingly have defeated some people's hope. It may seem impossible to recall all the dreary moments each individual had to live through. Though the pandemic closed many doors, that is not the end. Many new doors opened. One of those new doors was the diffusion of technology, which helps everyone stay connected. The connectedness comes with a responsibility: to know the other and be part of their world — virtual and real.

Jesus came to a world in misery, where the social conditions manipulated the lives of simple people. The poor, sick, needy, the despised, women — everyone needed someone to hear their unvoiced cries. They could express themselves only in limited ways, as society passed judgments about them. Most of their cries were lost in the cacophony of the crowd that was hurrying around them, making a living even at the cost of someone else's lives.

Think of the paralytic at Bethsaida. Had any onlooker in all those years lent him a hand? How many women might have been caught in adultery and been stoned to death because there was no one to defend them? Take any of those instances: When did they receive salvation? It was only when Jesus sensed, paused and listened to them.

Technology is useless unless it is used well. We many spend hours in conversations, but are hardly affected by the issues that need attention. Technology can turn us into beings with shorter emotions —be it happiness or sadness — lasting only till the next click.

The pandemic and our survival activities have proved that we can still make this world a better place. There were innumerable good Samaritans, starting with the front-line warriors, who went out of their ways to reach out to the needy. The Nobel Prize-winning mystic poet Rabindranath Tagore said, "Every child comes with the message that God is yet to be discouraged with [humankind]."

Indeed, the pandemic has shown us that the good side of us has not yet died off. Perhaps it has become a little rusty or has slowed due to irregular usage. Or maybe it has not even been installed yet, because we have not thought of using it.

Using our God-given gifts for the greater goodness of his own creation is the best way to thank the almighty. God never lets this world go completely down. Had not our brains developed enough to make alternatives and antidotes for this pandemic, where might the world have ended up? Thank you, Lord, for making us co-creators of the universe!

Connectedness to each other is the need of the hour. The God who dwells in heaven transcended to earth to be with his people — to walk their streets, to feel their pain, to help in their need and to give life through his own life. Meditating on these manifestations of the humanness of God, can I imbibe his attitude, during this Advent? Can I become a sign of hope for someone else's life? Can I use all my resources — time, talent, technologies — to alleviate someone's pain? Can I create Christmas every day by doing my bit to be the Christ, bringing good news every day, to the people around me?

"He comes, comes, ever comes!" Be vigilant. The next phone call may be the cry of the helpless babe of Bethlehem. Let us behold him the best way that we can.