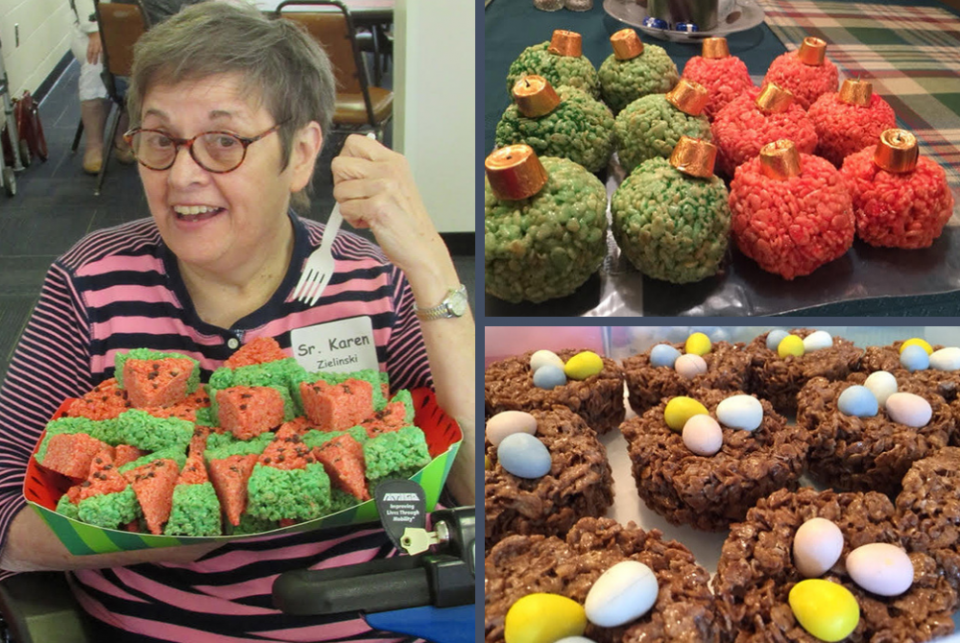 Sr. Karen Zielinski is pictured with her Rice Krispies Treats. Over the last ten years, she has evolved her treats with a variety of designs and concoctions, such as watermelon slices, Christmas ornaments and bird's nests. (Courtesy of Karen Zielinski)

I am the queen of Rice Krispies Treats. Really.

I can't remember when or why I started making them, but during the last ten years, I have evolved. I started making squares, using a metal brownie baking pan where I patted down the gooey marshmallow mixture into the pan, and then cut them into perfect squares by pressing the pan's metal dividers into the mix. After cooling, the sticky treats came out easily.

After about a year, my brownie pan was broken, due to the fact that I used a meat tenderizer to punch down the metal divider into the pan. I broke the divider and knew it was time to move on. After much thought, I decided to make the treats using a different container. I chose a round 1/2 cup plastic measuring cup. It changed my life.

Now I made the treats faster, in a round shape, and endless designs opened up for me. Of course, I faced a few challenges: How do I press the mixture into measuring cups? This was sticky business. I experimented (I loved high school chemistry!) with the new shape, and mastered it.

I microwaved my marshmallows, and added the cereal. To mix them, I sprayed nonstick cooking spray on disposable medical examination gloves and my measuring cup, and pressed away. I now could make Christmas ornaments, apples, pumpkins, bird nests and even groundhogs! Life was good.

Never to rest on my laurels, I moved on. My watermelon treats, candy corn and pine trees were becoming legendary. For special occasions like showers, jubilees and birthdays, the treats were decorated with names, dates and icing flowers. Besides food coloring, I added flavors like almond, cinnamon, vanilla and orange extract. Of course, chocolate chips, nuts and craisins brought the concoctions to new heights. 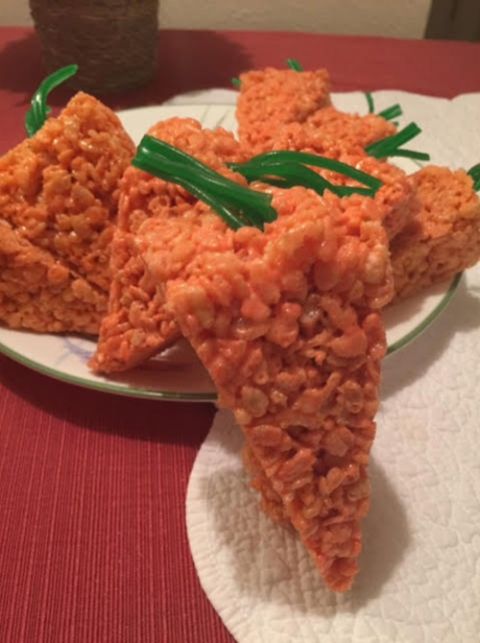 So now, what do I do with dozens of these treats? I started giving them away as little gifts. They were nothing big like a gift card or a set of luggage, but they were homemade, although bakers never held my efforts in high regard. The treats didn't need dusting and were sustainable. Except for my time, they were inexpensive, simple and truly Franciscan. They were relational. In this busy, sometimes harsh world, they said, "I am thinking of you; you are a great coworker; hang in there; all will be well."

Some people thanked me, and we talked and I thanked them for being kind and thoughtful in ministry; or I said that this was a little birthday surprise; or I told them it was a get-well wish. (I did not give them to people with diabetes, but could share them with those who had celiac disease, which causes an allergic reaction to gluten.)

Most people were tickled that they were in my thoughts. I gave two or three treats. A very small gift, which would not make anyone feel uncomfortable since it was such a simple thing. People would talk to me, and I made a point of telling them about what a gift they were to me and others and thanked them for their gift of themselves. We all like to be remembered, acknowledged.

Sometimes there would be negative reactions to the treats themselves. I posted some pictures of a few creations on social media and some comments asked me why I made those awful treats, that they never liked those things. Others told me that I needed a Rice Krispies Treat intervention. I chuckled, and made another two batches — because it wasn't the treat, it was the reason behind my simple treats.

I realized that my giving a person one of my designer Rice Krispies creations had a deeper meaning behind marshmallows and cereal. They are gifts from the heart. Maybe people would prefer a scented candle, a gift certificate or a dinner out. And so would I! 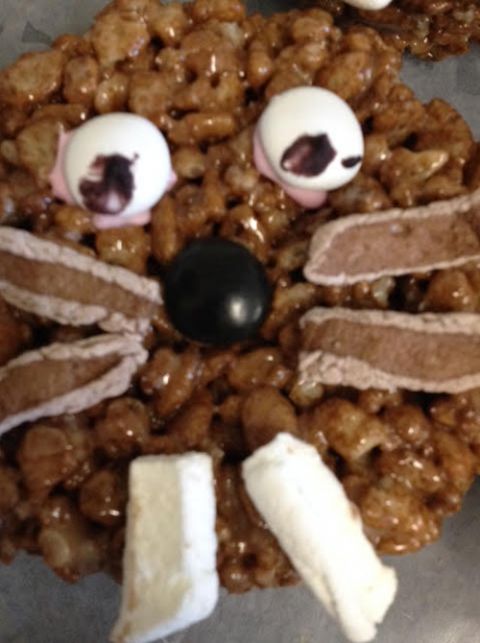 I never thought I would feel this way, but the gifts that have moved me (almost to tears) are simple gifts from the heart. This past Christmas, an elderly neighbor gave me a rhinestone Christmas pin that she probably had worn for many Christmases.

I was touched and did not need it, but I wore it. How could I deny her gift to me? Her honest thoughtfulness was beautiful. Another neighbor gave me her homemade breadcrumbs. Every so often she asks, "Need any breadcrumbs?" I always accept them — and then I use them in some recipe.

Do not get me wrong — I like any gift, but the gifts from my sweet neighbors are given to me. Person-to-person. Their simple, heartfelt gifts are countercultural, a gift exchange which can't be beat. As I grow older, these mean even more to me. They come from the person's spirit — from their heart to mine.

I trace back my gift giving to my mother. Loretta Zielinski was a great baker, cook and generous person. If she made homemade cinnamon rolls, or had bags of sliced fresh peaches, she would invite a neighbor or visitor to sit down and have some, or would send them off with a bag of yummy goodies. I remember wrapping a box of aluminum foil for my mom. I asked her why she wanted me to wrap the foil in birthday paper. She said take it across the street to our neighbor, Mrs. Cislo, because it was her birthday and she just had a root canal so she couldn't eat anything. But she would have a gift. So simple, so profound. Spirituality in the marketplace.

What I learned about these simple treats is they are small enough that the receiver doesn't get overwhelmed and think that they need to give me something. My real gift is that I am telling them that I thought of them, I give thanks to God for them and I think they are a special human being. I always tell them the truth. I expect nothing in return, and I do not feel like I am in control or have power over any one. It is just a free gift.

During this stay-at-home pandemic, I have made dozens of meals: quiches, casseroles, chicken dishes, salads, soups and more. One of my sisters asked me how many Rice Krispies Treats I had made. It hit me: I hadn't made any! I thought about it and realized that the reason was — I had always made them for people. I brought them to meetings, retreats, faith-sharing or service days, and they always led to a conversation with someone.

In my early years of ministry, I always wanted to be involved in direct service: building houses for Habitat, helping at a soup kitchen, and similar projects. After years of teaching, communications ministry and now as co-director of our associates, I see my Rice Krispies Treats as a ministry of reaching out, honoring the integrity of a person who is not recognized for the gift of who they are.

It's not a small ministry to honor a person's dignity.

It really is a gift to be simple. 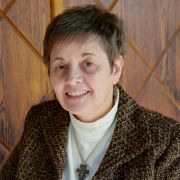 Karen Jean Zielinski is a member of the Sisters of St. Francis of Sylvania, Ohio. Her first book, Hope and Help for Living With Illness, deals with health and spirituality.