Sisters versus homelessness: a look back on a year of focus

by Chris Herlinger
Ministry
Social Justice
This article appears in the Homelessness and Sustainable Development Goal 1: No Poverty feature series. 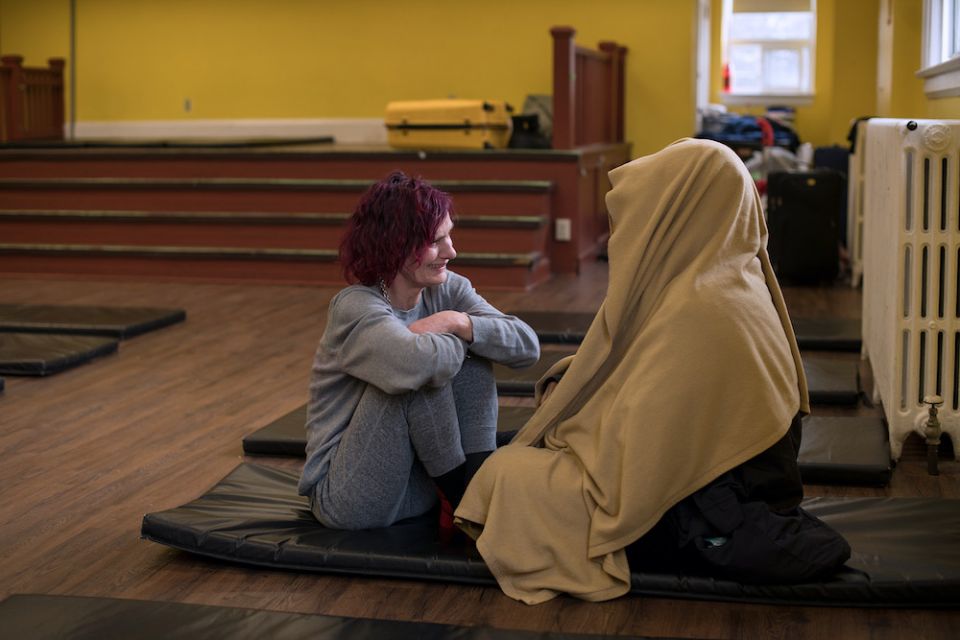 In September, Sr. Lizzy Chakkalakal gave the keys to a new house to Muttamma Mani, a scrap collector with Hansen's disease. Mani, a migrant from the neighboring state of Tamil Nadu, now occupies one of the more than 130 homes Chakkalakal has built in the past 12 years in the southwestern Indian state of under the name "House Challenge."

Chakkalakal, who is a member of the Franciscan Missionaries of Mary, has lined up support from a cross-section of society: daily wage earners, corporate executives, and her students and their parents. Their contributions come in cash, labor, building materials — even politicians who use their position to encourage people to donate.

"Those who have share with those who do not have," said Chakkalakal, principal of Our Lady's Secondary High School at Thopumpady in Kochi, the commercial capital of Kerala. "We must light a lamp where there is darkness. There will be many who will pour oil into it and keep it burning." On her own, she would not have accomplished much, she said. "When we take one step, many would join our effort," Chakkalakal said.

Catholic sisters have been taking steps for decades to address homelessness and affordable housing issues around the world — and getting others to join them. As their grassroots efforts provide some temporary and long-range solutions, sisters who work at the United Nations vow to keep attention on the issues a year after a series of landmark meetings on homelessness at the U.N.'s headquarters in New York. Global Sisters Report launched a special series, A Place to Call Home, focused on women religious who are helping people who are homeless or lack adequate shelter, to coincide with the start of those meetings.

The resolution that came out of the U.N.'s Commission for Social Development, one of the U.N.'s main bodies, was a milestone that "gave new energy" to the issues, said Daughter of Wisdom Sr. Jean Quinn, executive director of UNANIMA International, a U.N.-based coalition of Catholic congregations focused on concerns of women, children, migrants and the environment. 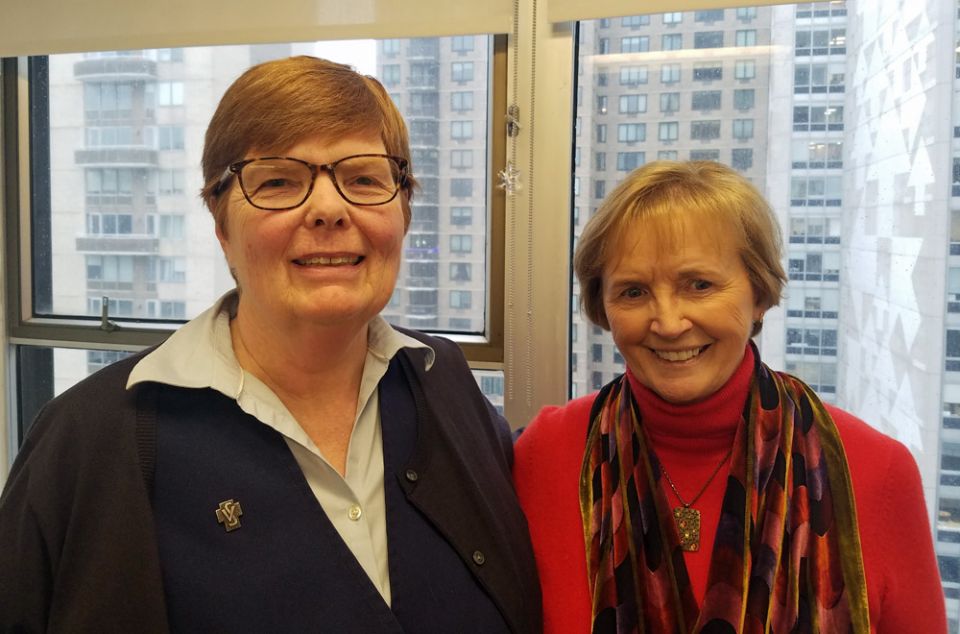 For example, people may be leaving urban areas in the midst of the pandemic, but that doesn't mean newly available housing will suddenly become more affordable, said Sr. Margaret O'Dwyer, one of two representatives of the Company of the Daughters of Charity at the United Nations.

She also noted that housing and the pandemic are linked to a host of social concerns the United Nations is addressing through its sustainable development goals. "People in more developed countries don't realize the impact the pandemic is having [on those] without homes," she said. Calls for social distancing and sanitation, like vigilant hand-washing, are challenges in communities where residents live in "informal settlements" — often makeshift housing without clean water.

"You can't 'stay safe' if you're washing your hands in contaminated water," said O'Dwyer, who with Quinn co-chairs Working Group to End Homelessness, a U.N.-based advisory group of religious congregations and other organizations that was highly visible during the February 2020 United Nations meetings. 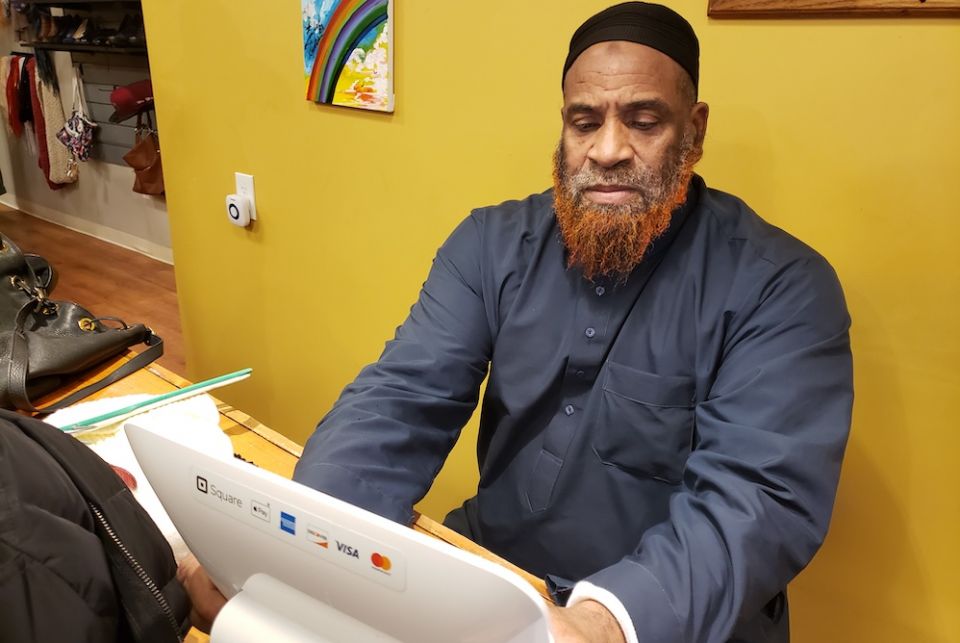 Those realities are also present in the United States. David Brown, who helps manage a used-clothing boutique store run by the Philadelphia-based housing organization Project HOME, was homeless for 25 years but now rents an apartment in a building the agency built.

He has been off the streets for more than nine years but continues to share the frustration of those still experiencing homelessness. He joined demonstrators in Philadelphia in September after city officials sought to dismantle homeless encampments on city parkways.

The city and the encampment residents ultimately resolved the problem, with the city providing 50 vacant homes put in a community land trust.

The controversy could have been solved sooner had the city made stronger steps to ending street homelessness in Philadelphia, he said. "It made me bitter," Brown added. "They have the resources where they could do something."

As a sign of solidarity, Brown re-experienced spending a night in a cardboard box at one of the encampments. He talked with encampment residents of the work of Project HOME, which was co-founded by Mercy Sr. Mary Scullion.

"I haven't really gotten over that night," he said. "It was nice to come back to a nice apartment, where I could lie down and rest and take a shower." Brown said it is a "blessing in itself" not to experience homelessness anymore. 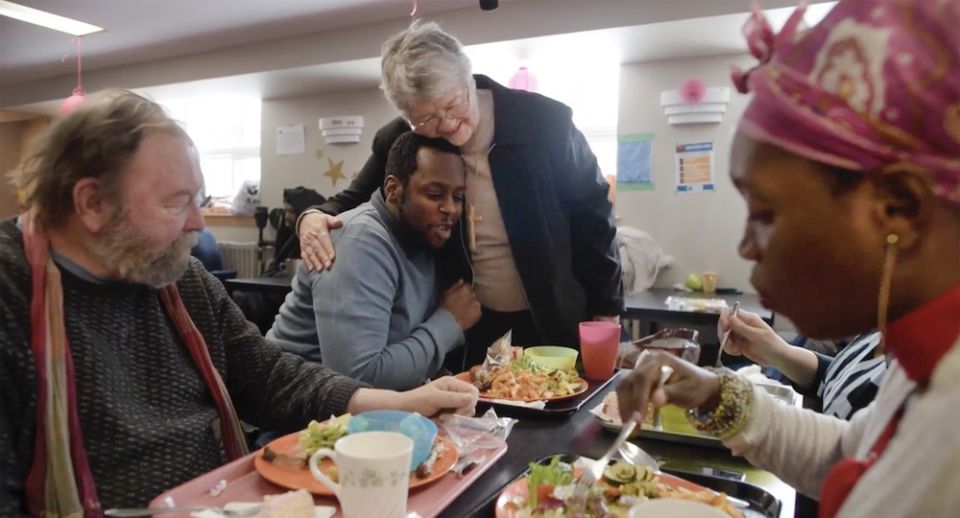 Quinn and O'Dwyer said last year's U.N. meetings shone new light on the housing and homeless ministries that sister congregations have been doing for years. The range of innovative solutions is evident among the nearly 100 responses received last year to an invitation by Global Sisters Report to chronicle sisters' efforts in an interactive map as part of its "A Place to Call Home" series.

In Newark, Delaware, the congregation built Our Lady of Grace Village on the site of a former Felician orphanage. The 60-unit affordable housing community serves households with incomes at or below 60% of the area median income, the congregation said.

And a new affordable housing project is about to begin: converting a portion of congregational property into low-income housing in Cheektowaga, New York, near Buffalo, the Buffalo News reported. The building, on the campus of Villa Maria College, houses a convent, a chapel, and a one-time high school called Villa Maria Academy, said congregational spokeswoman Deena Swank. 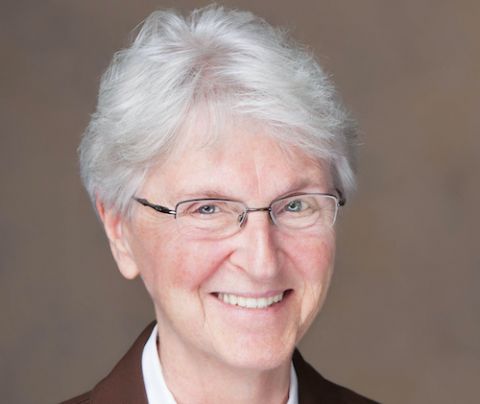 Sr. Francesca Buczkowski is the president of the board at St. Felix Centre, a Felician-sponsored shelter in Toronto, Ontario. (Provided photo)

The part of the building that was the high school will be converted into affordable senior housing units and called Angela's House, Swank said.

The need to address housing and homelessness is as great as it has ever been, said Sr. Mary Christopher Moore, the provincial minister of the Felician Sisters' Our Lady of Hope Province.

"When COVID-19 took hold last year, many people faced challenges, but our brothers and sisters already living in deplorable conditions suffered the most. Families are being evicted from their homes at an alarming rate and for the first time, many are facing homelessness," she said in a statement provided to GSR.

"Our ministry of presence offers practical support and also lets our neighbors know that someone cares about them," she said. "We are privileged to be in a position to provide them with a safety net, and we will continue to do so regardless of the challenges ahead."

In addition to the ministries, the congregation announced in December that it and Catholic Charities would each contribute $1 million to CCUSA Francis Fund for Eviction Prevention, an emergency fund to help families facing evictions.

In an interview with GSR, Sr. Francesca Buczkowski, who is the president of the board at St. Felix Centre, a Felician-sponsored shelter in Toronto, said the homelessness problem has become more dire in recent years, even before the pandemic.

The center offers a transitional home for women experiencing homelessness and sponsors two 24-hour satellite "respite centers" all year. Most of those guests face challenges with mental health and addictions.

The pandemic has prompted new challenges that include having to reduce the number of shelter beds because of social distancing requirements. At one of the respite sites, for example, the number of beds had to be reduced from 100 to 43.

Buczkowski and her staff recognize that shelters can only do so much. "Temporary housing is not the solution," she said. "It's not solving the problem."

While noting that those experiencing homelessness in Toronto have access to Canada's free public health care, they still face issues with getting to clinics: Most do not have easy access to transportation.

"They have medical care if they can get there," she said. That is one example of the ways in which homelessness is connected to other social ills, she said.

In order to live life fully, "you need a safe place to live."

Mapping shows a variety of ministries, large and small

The responses to Global Sisters Report's invitation for congregations to share how they are addressing homelessness demonstrates a variety of ministries. The interactive map shows efforts reach out to those who are homeless with food and services. Other run homeless shelters, with several focusing on women. Others are building housing, including some conversions from one-time congregational properties.

The ministries are both simple and expansive. Retired Sisters of Charity in New York City make sandwiches that volunteers distribute to those experiencing homelessness on "midnight runs" in the city. Meanwhile, Mercy Housing, a sponsored ministry of eight U.S. congregations, has become the largest nonprofit affordable housing agency in the United States.

Some other examples of ministries in the GSR mapping: 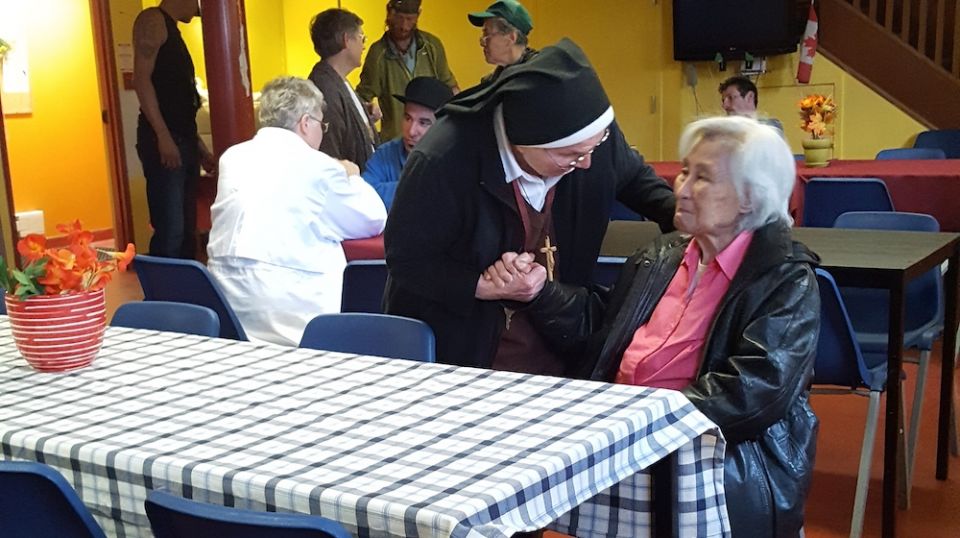 [Sr. Lissy Maruthanakuzhy, a member of the worldwide Congregation of the Daughters of St. Paul and a correspondent for Matters India, contributed to this story.]

Ministry | Sisters versus homelessness: a look back on a year of focus