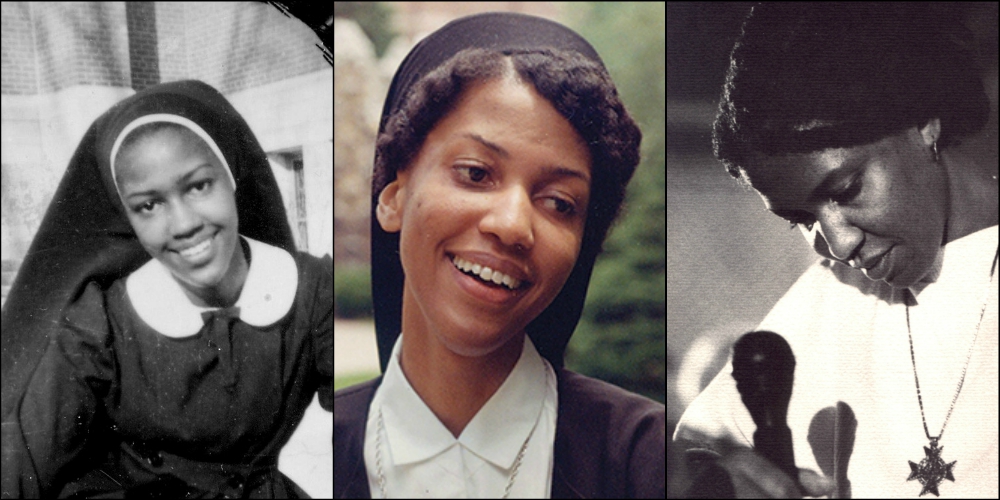 Sr. Thea Bowman through the years (Courtesy of the Franciscan Sisters of Perpetual Adoration)

Georgetown University will host a public dialogue May 3 on the legacy of Sr. Thea Bowman (1937-1990), a Franciscan Sister of Perpetual Adoration who "lived out her Catholic faith and African American identity through her ministry of evangelization, education, and action for justice," the university said.

The Jesuit institution is naming the chapel in Bowman's honor at the university's Copley Hall, which will now be called The Servant of God Sr. Thea Bowman Chapel of St. William.

Bowman "was a Catholic religious sister, scholar, singer, and teacher," the university said in announcing the event. As part of a series of forums called the Dahlgren Dialogues, the event will "examine Sr. Thea's continuing challenge for the Catholic Church, the United States, and all of us to resist racism and welcome the gifts, leadership, and impatience for justice of African Americans."

Among those scheduled to speak at the event are Ogechi Akalegbere, the 2021 winner of the Cardinal Bernardin New Leadership Award from the Catholic Campaign for Human Development, who serves as Christian service coordinator at Connelly School of the Holy Child in Potomac, Maryland. 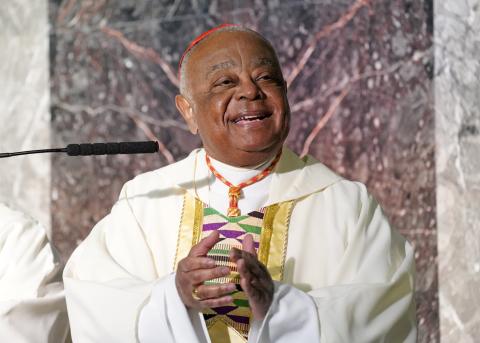 Also speaking are Sr. Patricia Chappell, the moderator of the leadership team for the Sisters of Notre Dame de Namur U.S. East-West Province, former president of the National Black Sisters' Conference and the former executive director of Pax Christi USA; and Cardinal Wilton Gregory, the archbishop of Washington and the former president of the U.S. Conference of Catholic Bishops.

Another featured speaker will be Shannen Dee Williams, an associate professor of history at the University of Dayton who specializes in women's, religious, and Black freedom movement history. Williams is the author of the forthcoming Subversive Habits: Black Catholic Nuns in the Long African American Freedom Struggle.

The Dahlgren Dialogues, co-sponsored by Georgetown's Office of Mission and Ministry and the Initiative on Catholic Social Thought and Public Life, are a series of conversations with experienced leaders in the context of prayerful reflection on current topics at the intersection of faith and public life.

The 6 p.m. event will be held at the university's Dahlgren Chapel. Those who cannot attend in person can watch a livestream of the event by RSVPing on the morning of the dialogue.

In an Easter appearance on CBS's "Face the Nation," Missionary of Jesus Sr. Norma Pimentel, the executive director of Texas-based Catholic Charities of the Rio Grande Valley, repeated a call for those seeking asylum in the United States to be allowed to enter the country while awaiting the processing of their cases.

"I believe that we as a country can find ways to be able to offer protection," Pimentel told correspondent Margaret Brennan during an April 17 appearance.

Responding to Brennan's reporting that the number of migrants crossing the U.S.-Mexico border hit a record in March, Pimentel said the numbers mean less than the need for migrants to have access to protection and to receive humane treatment.

"I visit the border on the Mexican side almost daily, and what I see is families suffering because of the fact that there is a lot of abuse," she said. "And the conditions are terrible and very dangerous. The children being exposed to [possibly] being kidnapped, to be snatched, to be hurt."

She said families are afraid and asking for protection. 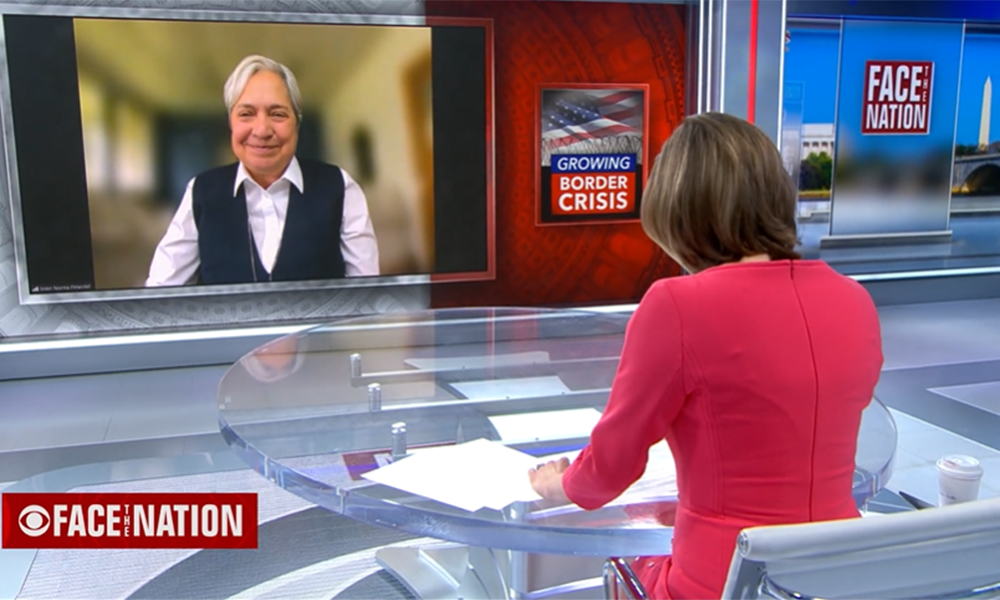 "There needs to be a way to be able to access that protection. And there's not anything now," Pimentel said, adding that families "are in great danger."

The U.S. Supreme Court will soon take up a request by the Biden administration, which seeks to overturn a Trump administration policy that those seeking asylum in the United States must remain in Mexico.

In the "Face the Nation" interview, Pimentel repeated an earlier call for President Joe Biden to visit the U.S.-Mexico border.

"I definitely believe that somebody, everybody, should come to the border so that they can have an opportunity to see our community and the people we serve," she said. "I definitely encourage President Biden to come and see and to be able to understand more closely what a family that is suffering at the border [experiences]."

A transcript of the appearance is available here.

The advocacy arm of the Sisters of the Good Shepherd has issued two statements related to environmental concerns, including the need to protect a sacred Native American space in Arizona from mining interests.

In an April 20 statement, the Sisters of the Good Shepherd's National Advocacy Center, based outside of Washington, warned of the "imminent risk of destruction" of Oak Flat in Arizona's Tonto National Forest, which is sacred land to Apache, Yavapai, O'odham, Hopi and Zuni peoples.

"The popular destination area is slated to be swallowed up by a copper mining project that would create a sink hole as long as the Golden Gate Bridge and three times as high as the Empire State Building," she said of a proposed mining project.

The land, which is also known as Chi'chil Bildagoteel, is on the National Register of Historic Places. For centuries, the center said, the land has been the site of religious and cultural ceremonies, "a burial ground, and a place for tribal members to find medicinal plants, food, and water." 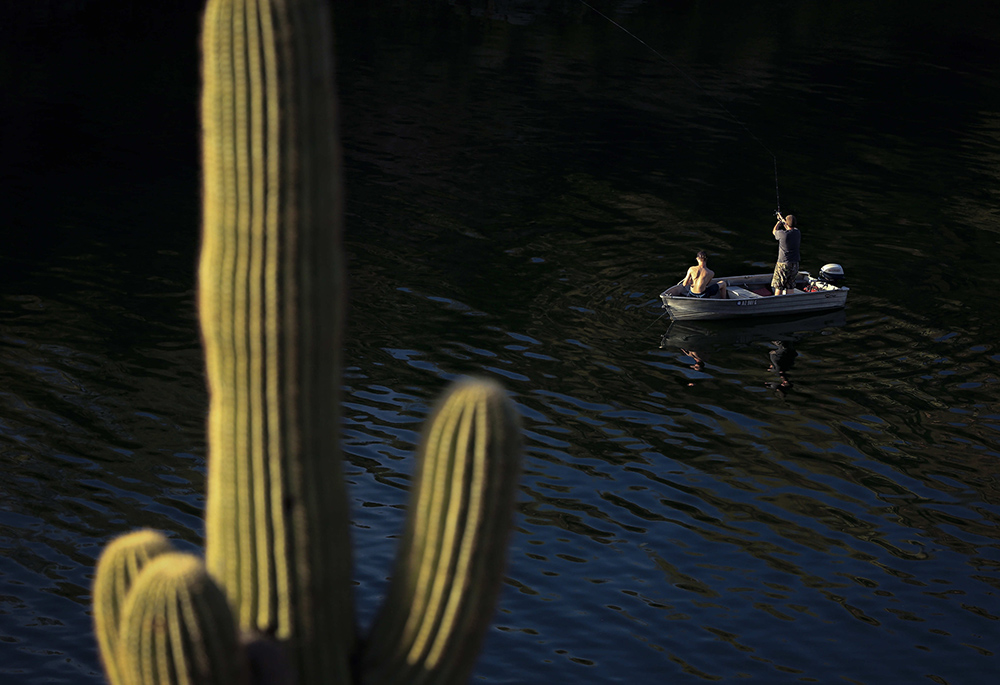 "The ownership and 'profiteers' of this mining proposal require closer scrutiny" over concerns that the Bank of China and other Chinese-backed businesses "hold a 30% stake in the mining company, Australian Rio Tinto, which is the primary owner of the local company, Resolution Copper LLC," the center said.

"Should China profit from America's copper and from the obliteration of indigenous sacred land?" the center said. "Shouldn't we all recognize that land and its contents are more than just commodities? Let us learn from Native Americans and the care, love, and respect they have for the natural world."

In an earlier statement, issued April 13, the center urged the U.S. Congress to approve the Illegal Fishing and Forced Labor Prevention Act, which is aimed at combating both forced labor in the seafood industry and illegal, unregulated or unreported fishing.

Such fishing also threatens "ecosystems, economic security, and natural resources," she said. The proposed legislation would "help target fishing violators, combat labor trafficking, and support those fisherman and seafood producers who abide by the law."