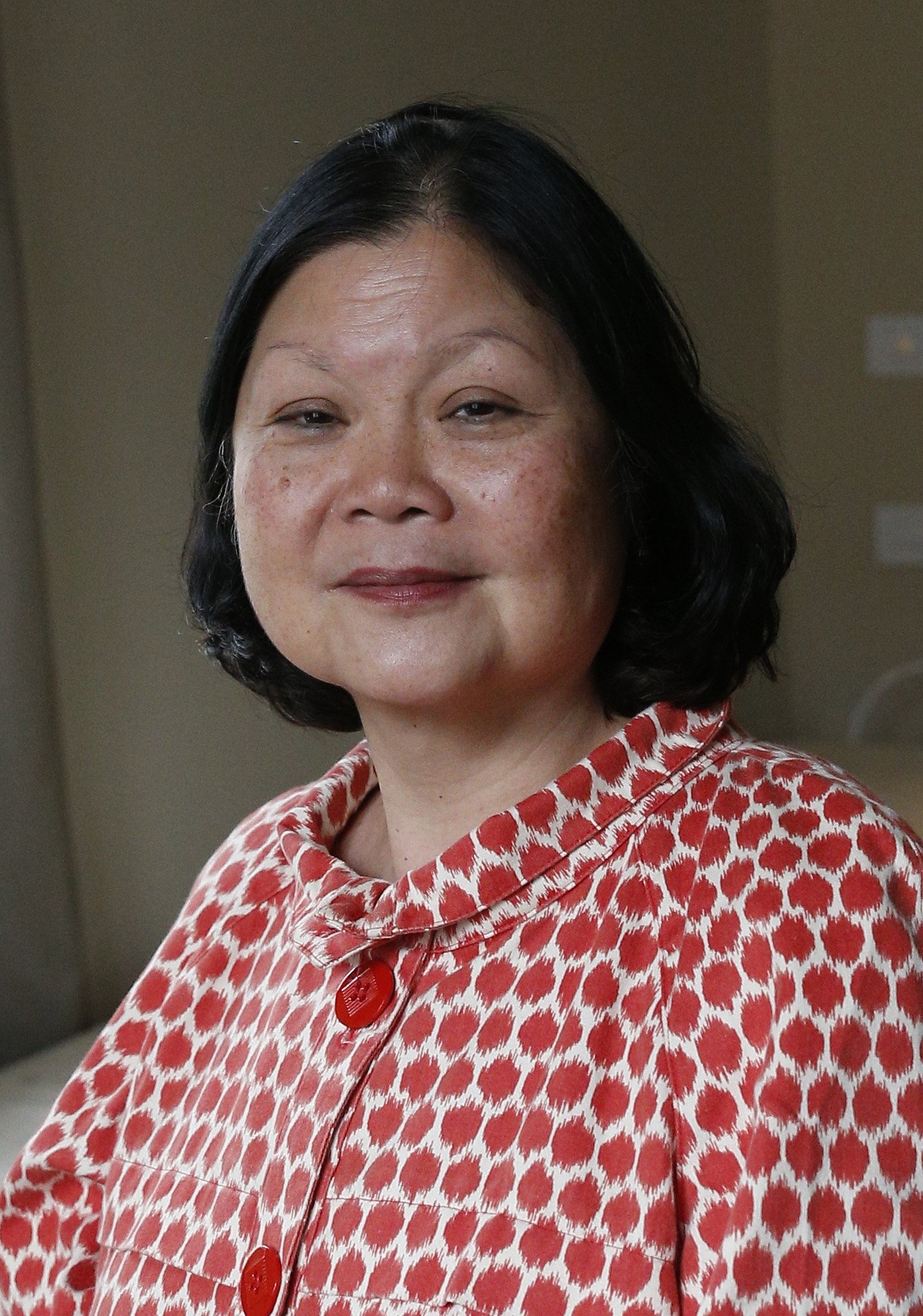 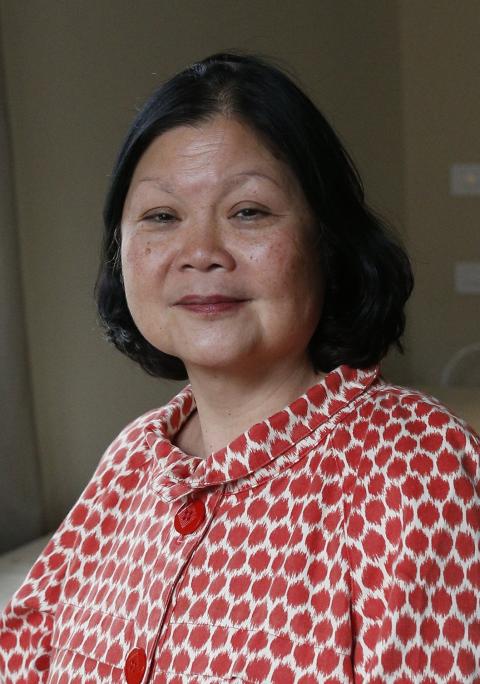 The Catholic Church at all levels can find ways to involve more women in leadership positions, "but you have to start with wanting it. The how follows the fact that you want it; that's where the creativity opens up," said Carolyn Y. Woo, former CEO and president of Catholic Relief Services.

On the eve of International Women's Day, March 8, Woo spoke to Catholic News Service about her new book, Rising: Learning from Women's Leadership in Catholic Ministries, published by Orbis Books.

International Women's Day is a commemoration particularly celebrated in Italy, where women are given mimosa flowers and a night out with their female friends.

It's also a day when Catholic organizations, women's religious orders and embassies to the Holy See host conferences paying tribute to the ministries carried out by women.

This year's slate included a webinar on "Women, Crisis and Resilience" sponsored by the World Union of Catholic Women's Organizations with the support of the embassies of Argentina, Australia, Colombia, Ireland and the Netherlands. And Caritas Internationalis and the British Embassy to the Holy See sponsored a conference on "Women as Builders of Dialogue."

The spring celebration also is a popular time to take account of the slowly growing number of women holding upper-level leadership positions at the Vatican.

The most recent entry is Emilce Cuda, the newest secretary of the Pontifical Commission for Latin America; her promotion by Pope Francis was announced Feb. 18. In late December, Pope Francis announced Salesian Sr. Alessandra Smerilli would serve as interim secretary of the Dicastery for Promoting Integral Human Development. And in November, he named Sr. Raffaella Petrini, a member of the Franciscan Sisters of the Eucharist, to be secretary-general of the office governing Vatican City State.

They join a woman serving as one of two undersecretaries of the Synod of Bishops; two women undersecretaries at the Dicastery for Laity, the Family and Life; the director of the Vatican Museums; and an undersecretary at the Congregation for Institutes of Consecrated Life and Societies of Apostolic Life. 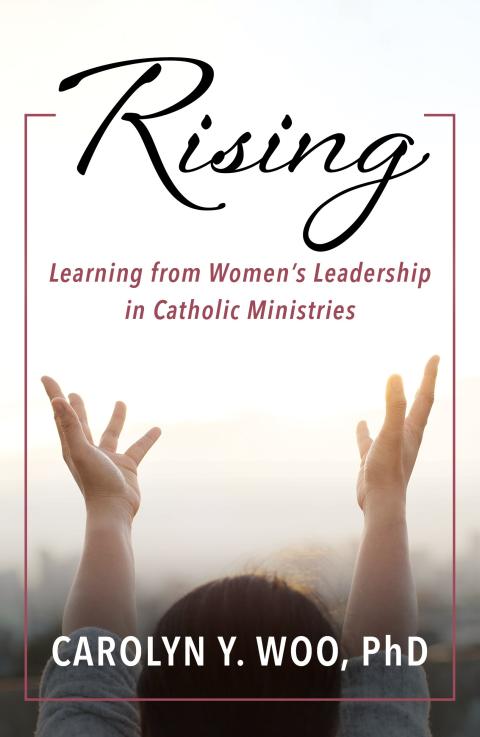 Some argue that there could and should be more.

Woo said progress in inviting women into ministry, recognizing their talents and calling them to leadership is "uneven," but "we are not talking about evenness, we are talking about progress, about rising. They have not risen totally, but they are rising."

The book begins with a story about meeting a young woman who wondered if female leaders in the church would ever be anything but exceptions because, the student said, "it seems that women are not welcomed by the church and there are no doors that we can even knock on."

That encounter, Woo said, was not the first or last time a young woman said, "The church doesn't want us, it doesn't value us, it diminishes women."

With so few women in leadership in some areas of church life and with ordination reserved to men, how the young woman came to that conclusion is understandable, "but I thought it was so incomplete," Woo said.

In parishes and dioceses, schools and universities, as well as regional and national Catholic organizations like Catholic Relief Services, Woo said she has worked with many women in top leadership positions.

The misperception of that young woman and others, she said, "leads to decisions, which are actually harmful for the church and definitely harmful for their own faith; it gives them a sense of like, 'It doesn't want me; I don't want them' " and gets "more and more negative" to the point that young women even stop going to Mass.

Woo said she wanted to set the record straight.

"There's work for the church to do. There's still sort of a lack of real hospitality to women," she said. "On the other hand, there's also a lot which has been done."

And, she said, it is important to counter the notion that women leading Catholic charitable, social service and health care ministries are involved in something less important to the life of the Catholic Church than the priests who celebrate Mass and the sacraments.

A career becomes a ministry, Woo said, when "the focus is on the other" and making the lives of others better. In a ministry, "you serve because you believe that is what God calls you to do, you believe that it is a privilege that connects the neighbor to God and that when you serve your neighbor, you are serving God."

In her book, Woo also looks at the term "feminine genius," used often by St. John Paul II and occasionally by his predecessors to talk about why the church and the world need the active involvement of women.

"While well intentioned, these references are packed with platitudes and stereotypes," she wrote. "Almost saintly measures of patience, endurance, sensitivity and gentleness are attributed to women."

"The 'feminine' qualities are commendable, but they are definitely neither universal of all women nor unique only to women," she wrote.

In the interview, she told CNS, "I've always been a little allergic to that term."

"We should include women because we include men" in church discussions and leadership positions, she said. All the baptized are called to contribute their talents to the building of God's kingdom.