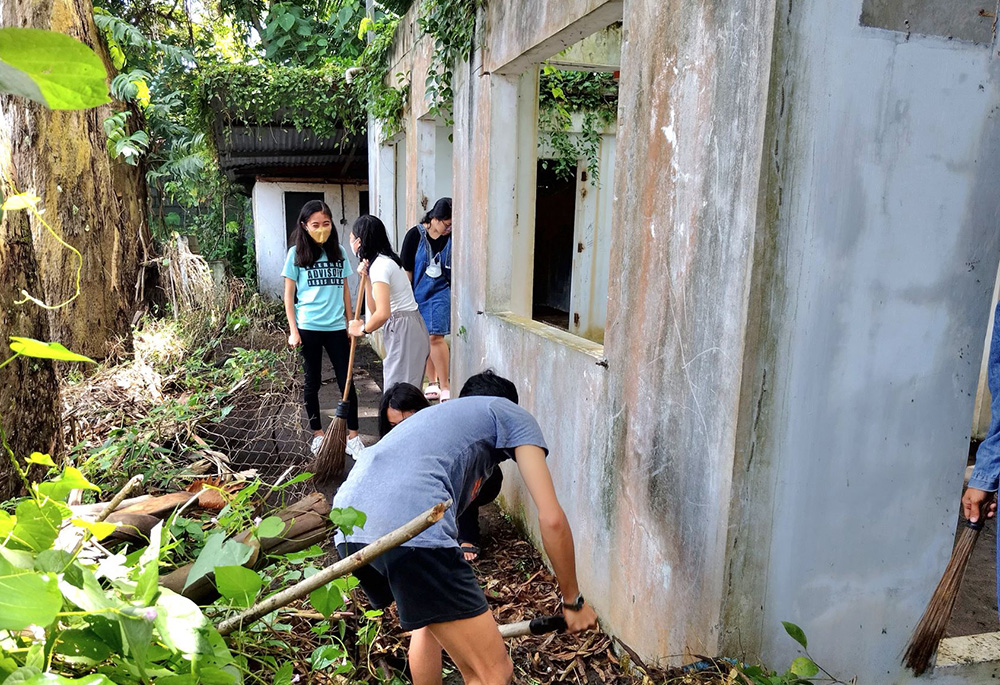 Since 2020, volunteers have collected more than 100 large bags of waste cleaning up a park in Bacolod, an urban city in Negros Occidental, the Philippines' sugar bowl.

Though the park has been abandoned for more than 10 years, locals — under the leadership of the Sisters of the Good Samaritan — have taken on the work of reviving the park that is roughly the size of two basketball courts.

The park, known as Parkland, is located next to a church and the kindergarten school run by the congregation. But when young people loitering around the streets had turned the park into a hangout, local homeowners locked it down and stopped maintaining it, said Sr. Helen Grace Marcelo, a member of the Sisters of the Good Samaritan.

Over time, mosquitoes and weeds took over, and when the adjacent creek overflows during a flood, waste is driven into the park.

The sad state of the abandoned park prompted the congregation to take an initiative to rehabilitate it, with trash-collecting as the first step.

"We have regretted that it had been abandoned for a long time," Marcelo said. "It could have been used by families and children in the area had it been maintained and not closed and abandoned."

Marcelo hopes local authorities and other stakeholders will regularly clean up the creek to avoid flooding during heavy rains and typhoons, and she is encouraging neighboring homeowners to support the effort.

"This is not only for us, but also for the whole community." 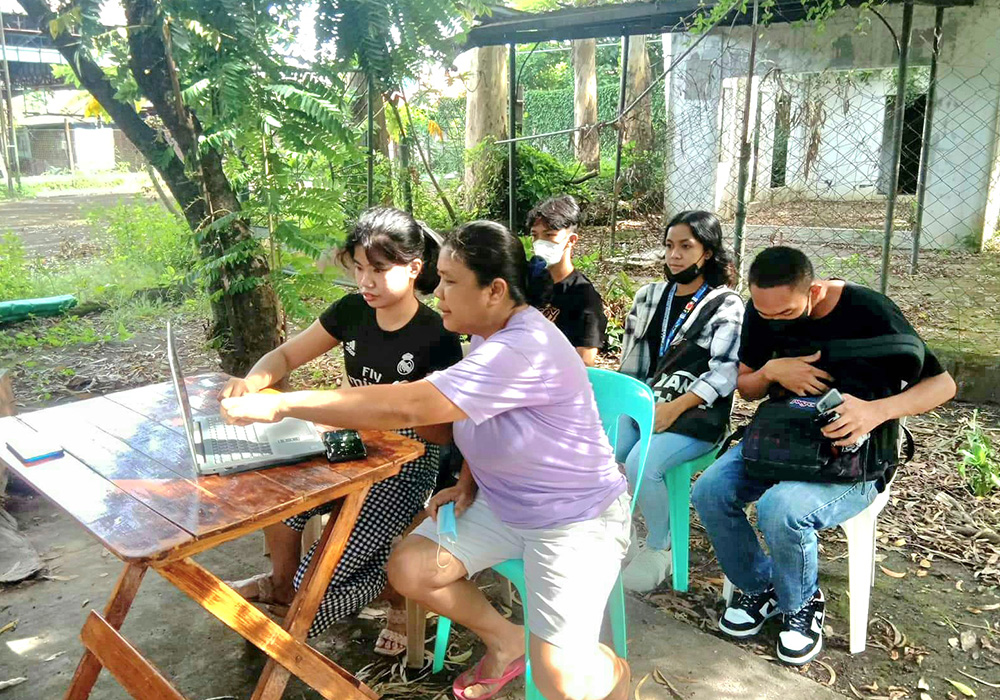 Instead of burning the leaves strewn all over the abandoned park, the volunteers process them into compost by mixing them with rice husks to restore the soil's fertility, as composting is part of the waste management program, said Desirie Tiberio, park restoration project coordinator.

Tiberio, a former student of the Good Samaritan's school, said they are also hoping to create a plant nursery as a means for fundraising through the sale of plants. 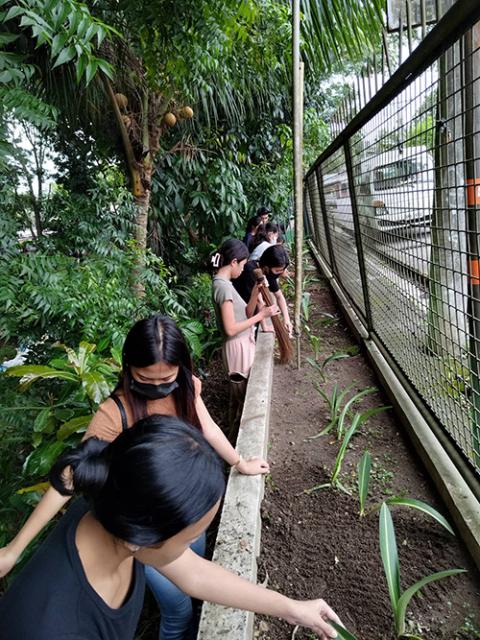 The sisters' students tend to new plants in the park they are rehabilitating in Bacolod, Negros Occidental, Philippines. (Courtesy of the Sisters of the Good Samaritan)

To sustain the park, the nuns, students and parents began planting vegetables more than a year ago, but Typhoon Rai and severe Tropical Storm Nalgae had damaged the plants. They started replanting flowering plants along the edges, Marcelo said, and proceeds from the sale of their vegetables and flowers are put toward the maintenance of the park.

The students also turn recovered plastic wastes into decorative artworks, Tiberio said, such as cutting apart plastic bottles to turn them into pots. The funds generated from the sale of the artworks and the plants go to the Sisters of the Good Samaritan Outreach Center, with shares going to the congregation's students and its adopted community in Bacolod.

"The outreach center is working with two coastal communities," Marcelo said in reference to their adopted communities. "We provide them with different programs, like scholarship, feeding and other assistance."

The volunteers are also reconstructing the small building in the park that had served as the office of the homeowners' association. In October, the Jesuits Conference of Asia Pacific offered a $2,000 grant for its reconstruction: the building had lost its roof, windows and doors. Only the walls remain today.

With nearly 50 college students involved in the project by helping at least once a week — as well as parents of other local students — Marcelo said they are also hopeful that more homeowners will partake in the initiative.

About 500 families live in the village.

Tiberio said she hopes proper waste management is practiced in every home to address the larger problem of trash in the community. 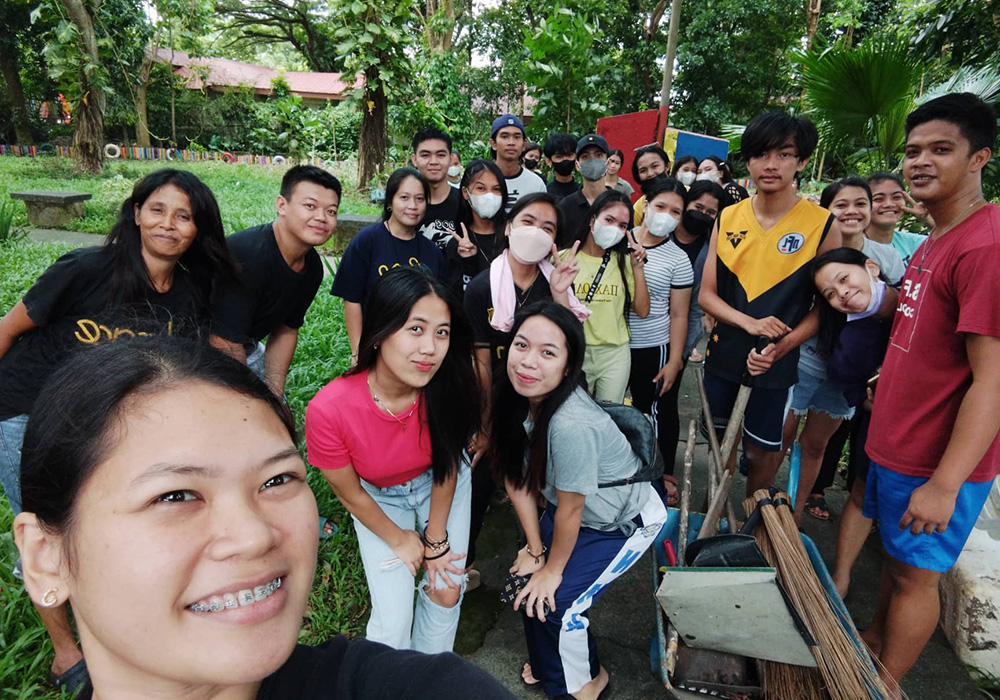 Volunteer students pose for a photo on a cleaning day at the park they are reviving in Bacolod, Negros Occidental, Philippines. (Courtesy of the Sisters of the Good Samaritan)

Joan Lobaton, a lay and scholarship coordinator at the congregation's outreach center, believes their rehabilitation of the park will serve as an example to others. The small efforts by each volunteer when pooled together could create a big difference and inspire initiatives and cooperation, she said.

The volunteers are eyeing to hit full rehabilitation by May 2023.

With their student enrollment increasing every year, Marcelo believes they're "blessed with manpower," as a condition for their scholarship grant includes helping out at the park at least once a week.

"I hope and pray that this is just the beginning of small acts in caring for Mother Earth," she said. "I also hope this will serve as inspiration for our students and the community. With small acts, we can show our gratitude to God through this simple activity."