Q & A with Mercy Sr. Eileen Boffa, seeing beauty, God in people living on the streets

by Soli Salgado
Q&As
Social Justice
This article appears in the A Place to Call Home feature series. View the full series. 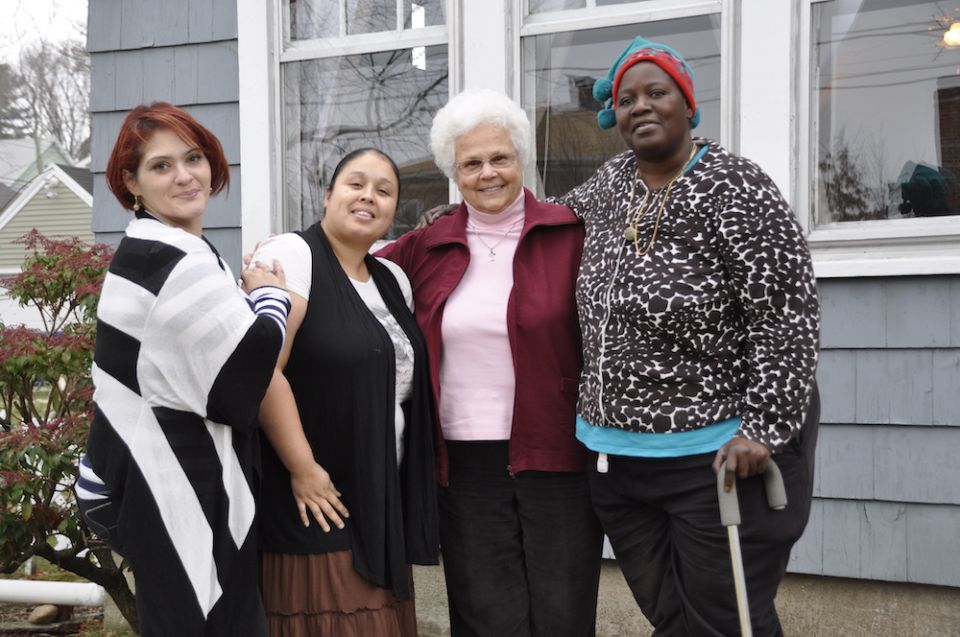 Mercy Sr. Eileen Boffa hosts a December 2014 gathering in her home in Bridgeport, Connecticut, for women she ministers to. (Provided photo)

Logo for A Place to Call Home.jpg 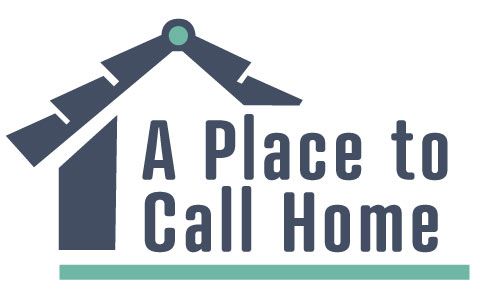 Editor's note: More than 1.6 billion people worldwide live in substandard housing. Of those, at least 150 million have no home at all. In this special series, A Place to Call Home, Global Sisters Report is focusing on women religious helping people who are homeless or lack adequate shelter. Over the next few months, we will examine how homelessness and a lack of affordable housing affect teens and young adults, families, migrants, the elderly and those displaced by natural disasters and climate change in stories from Kenya, India, Vietnam, Ireland, Puerto Rico, the Philippines, the United States and elsewhere.

Mercy Sr. Eileen Boffa remembers being nervous around homeless people before she started her ministry, usually crossing the street if she saw them on a corner and it was getting dark.

After nine years ministering to people on the street, "I know the goodness in all these folks," she said. "I don't care how many times they went to prison, how many years they spent in prison, or why they were there. There is such goodness in all of us, and I'm so privileged to see that in these folks."

At first, Boffa's tending to people who are homeless meant going to downtown Bridgeport, Connecticut, striking up conversations and hoping to affirm them by listening to their worries, finding them in soup kitchens, rehab centers or street corners, simply meeting them where they were.

Today, her ministry has escalated to addressing two particular unmet needs for those in poverty: a spiritual retreat and a furniture drive she manages for those who recently moved from living on the streets and into apartments but who are unable to fill them.

Boffa had been in education for 50 years as an inner-city teacher, principal and coordinator of an adult literacy program. But eventually, she felt a pull in her heart to do something new, and "knowing that's where God works," she chose to follow that lead, she said.

Inspired by her congregation's foundress, Catherine McAuley, who Boffa said "was always busy looking for unmet needs," Boffa decided to minister to the spiritual needs of those who are homeless, something Bridgeport lacked.

Twice a year for men and twice a year for women, Boffa runs a seaside retreat at Mercy by the Sea in Madison, Connecticut, where she takes 10 to 15 individuals who live on the streets and gives them a chance to "pray together and pray alone," she said.

She also runs a popular weekly bingo that keeps people who are homeless busy between 1 and 4:30 p.m., when the soup kitchens have closed but the shelters haven't opened. Bingo time gives 50 to 60 consistent participants each week an opportunity to laugh together and socialize, and to win donated prizes.

In a conversation with Global Sisters Report, Boffa reflected on the impact these economically poor individuals have had on her life, how the lack of social support feeds a cycle of homelessness, and her new appreciation for beauty. A lot of those insights are through experiences with her furniture drive, which she started about eight years ago.

Boffa: One day, some gal asked me for a table, and I got her a table. That grew into what could be today a full-time business if I let it. That need is tremendously great. When folks finally, after being homeless, get an apartment, they often spend weeks where they have nothing. The caseworkers get them apartments but are so frustrated they can't do anything to help them fill them. People are living in their apartments with not even a mug or spoon, and of course not a bed. 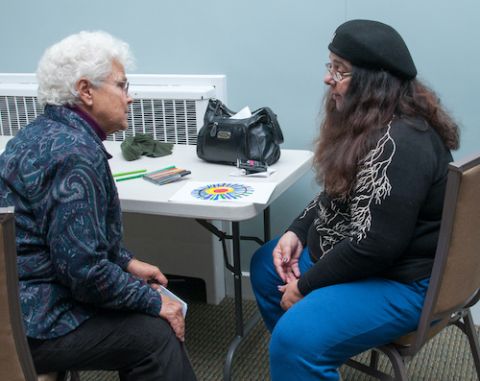 Mercy Sr. Eileen Boffa coordinates a spiritual retreat four times a year for the individuals she meets through her street ministry. Two retreats a year are devoted to men, and another two are for women, with one being an overnight and one being a daylong retreat for each. (Provided photo)

We're in the wealthiest county in the country, and people are very generous. When they have furniture to give me, I have volunteers with trucks help me pick up the furniture, and then we deliver it — furniture, bedding, anything for their kitchen, bathroom towels — so we can completely fill their apartment to make it cozy, comfortable and pretty.

It's not just that it would be nice for them to have a nice apartment. Picture a young man or woman who gets one of these apartments after being homeless, and it's empty. Day after day, night after night, there's nothing; you're lying on the floor, there's no television at night. You don't want to go out into the night because you want to stay safe and start a new life, and that's tough. The temptation is to go back out on the streets, find something to do, and then they get into trouble again. Finding, as quickly as we can, ways to make their new apartment cozy and a place where they want to stay helps in enormous ways.

It feels wonderful to see relief on their faces because they have a home now that looks like a happy home. It's not an apartment, but a home.

GSR: Tell me a memorable story of redemption or a particular turnaround that stayed with you.

There are so many stories of appreciation or gratitude for the time they have at the retreat. Many times, they're very lonely and discouraged or they have poor health.

I'm picturing them now, sitting around the circles through the years. It's an opportunity to share with one another and affirm each other in that circle so that they go home feeling like they have a brotherhood or a sisterhood on the streets.

Many times, they cry at the retreat; they don't want to go back to Bridgeport because they feel like new people, and they're afraid they'll be like their old selves again. 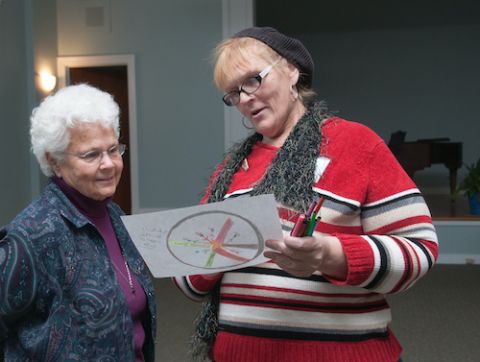 The seaside spiritual retreats that Boffa organizes are highly anticipated getaways for the individuals invited. It's "what they talk about all the time," she said. (Provided photo)

Do you typically follow up with the people you minister to?

Constantly. I'm still in touch with all of them. They all have my phone number, and they know they can call me at any time. We're friends now. I can't tell you how many have called me [throughout the coronavirus pandemic] to make sure that I'm OK because I'm "old," as they tell me.

There are some folks who you know they'll fall back again, but it's because they don't have support systems. I have a friend who has money, and one of her kids got into a mess with a boyfriend and drugs. She ended up in the right place to get help, but it was because of her parents. Her parents knew what do, and she's doing just fine. They kept her out of prison.

But the folks I'm with, they don't have that. And because they have no support, they end up falling back. And that discouragement, that self-defeat, that sense of failure — that's devastating.

Tell me what these individuals have taught you, or how this ministry has affected your perspective on what it means to be homeless or in need.

I don't judge folks anymore, or at least I try not to, and certainly not to the degree I used to. It's because I see the goodness in their faces.

One of my first feelings when I was just starting out, it was maybe day one or day two, I was entering a soup kitchen, and I just felt something. I hadn't even spoken to anyone, but I felt something so beautiful being present in that room, and I just know it was the spirit of God being present in all those folks. I know that sounds kind of "pretty," but it was very real for me.

So, what did I learn? I've learned there's goodness in all of us, no matter how our lives turn out. There's something deeper.

What has it taught you regarding the structural challenges for helping those who are poor?

There's just not enough money thrown our way. We in America don't need to have anybody on the streets who doesn't want to be. Down in Bridgeport, we can't get anybody into shelters; there's a waiting list. We shouldn't be focusing on shelters, anyway. We should be focusing on homes or apartments for people to live in because that's the dignified thing to do.

There are lots of wonderful caseworkers out here who are trying so hard but are frustrated because there isn't enough sent our way to get folks on their feet. People think folks are on the streets because they want to be. No, no, no. 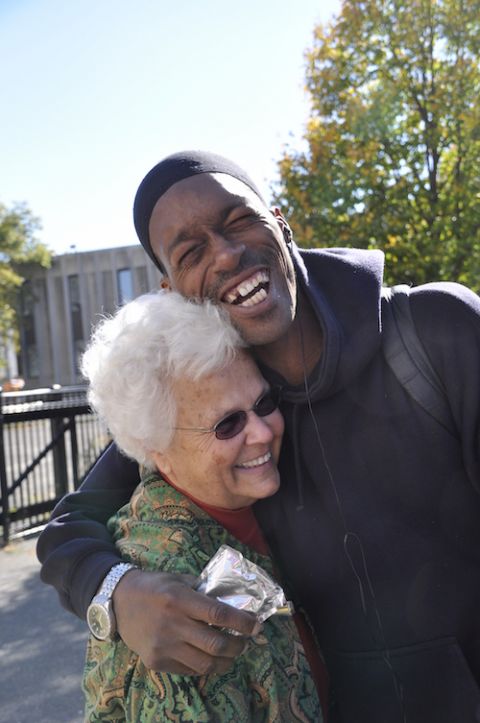 Mercy Sr. Eileen Boffa with a friend she met through her street ministry (Provided photo)

Has coronavirus affected your ministry at all?

I'm trying to slow down. I have loads of [fast-food] gift cards people have given me. People are hungry right now because soup kitchens aren't able to do what they did, so I've been giving out cards.

How has this ministry influenced your own spirituality?

It certainly has deepened my realization of God being present in all our lives. Through thick and thin, despite the turbulence in some of these lives, I realize God is present. And when I speak of that to these folks, it brings them peace. They are very faithful people.

One way it's made a difference for me spiritually is that now I think in terms of things that are beautiful. They taught me how beauty touches all of us. I know the retreats could be anywhere — we could do it in a closet — but there's something about the beauty of nature, God's beauty, that touches us all so deeply, no matter who we are, our age or color or how rich or poor we are. I think that's very much what happens in part with the retreat. We're just enthralled with the beauty of God there, and it can't help but make a difference in our lives.

Wheelchair ministry in Vietnam frees people to earn a living

Doing nothing is not an option

Q & A with Sr. Donna Stevens, mental health on a reservation