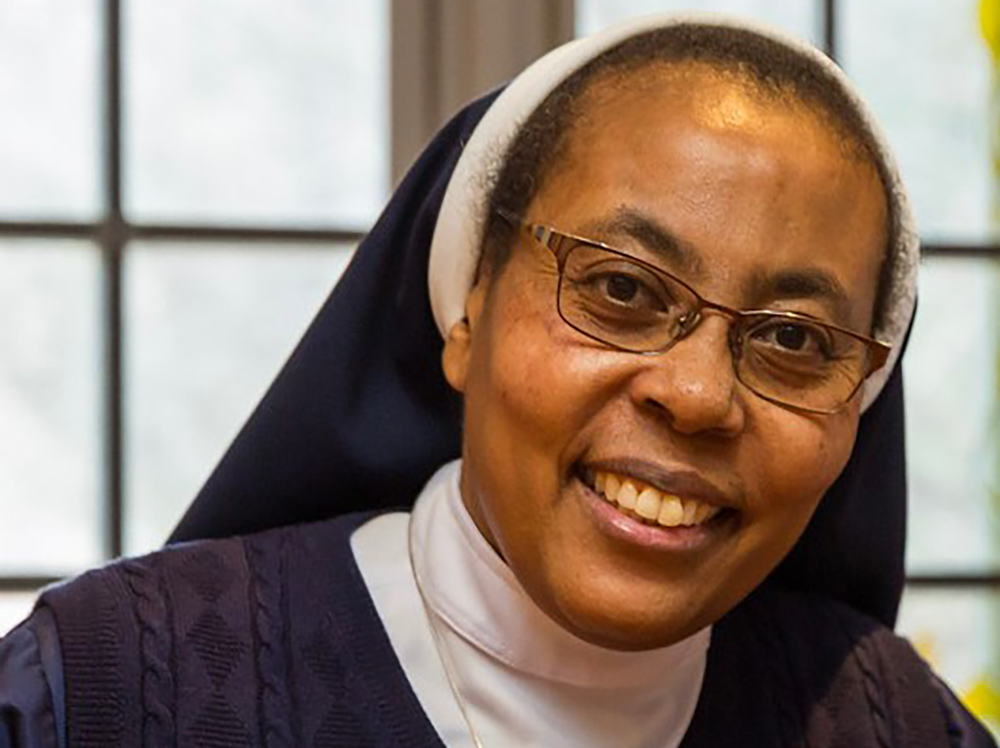 In August, at age 55, Sr. Anne Francis Ng'ang'a was elected the first African mother superior of the Order of the Visitation of Holy Mary, also known as the Visitation Sisters or Visitandines. Ng'ang'a, who is from Kenya, is currently the superior of Georgetown Visitation Monastery, next to Georgetown University in Washington, D.C.

Georgetown Visitation Monastery is becoming more diverse, and among its younger members are two sisters from Kenya and one from Vietnam. Ng'ang'a points out that although she may be the first African superior, there has been an African American mother superior before her: Mother Antoinette Walker of the Visitation Nuns of Philadelphia.

GSR: Were you a sister before you came to the United States, or did you become a sister here?

Ng'ang'a: I was a Sister of Mary Immaculate in a very active community in Kenya. After my religious profession took me to college, I was able to study nursing, working in hospitals and health care facilities.

First, I went to Consolata College in Nyeri, Kenya, and then to Sister Leonella Consolata Medical College. It was run by Consolata sister missionaries. Our principal tutor was a Consolata missionary, Sister Leah, who was Italian. We also had lay tutors who came in to teach, and I think I got the best of both.

What kind of nursing did you practice?

In Kenya, as usually in Africa, we did integrated nursing because when you are sent out in the mission, you have to be fully equipped. You don't know what's going to fall into your lap. I had to do midwifery, the nursing itself, and also public health.

"I wanted a more contemplative life because I know that the doing will come to an end, but the being will never cease to be."

So you delivered babies?

Yes, I used to deliver babies a lot before I came here. It was very nice to see life come to Earth and how it changed both the parents, seeing this little human being the Lord just put in their lives.

I would also have challenges such as fetal distress or breech presentation. If you're not in a fully equipped facility, you struggle sometimes, and you even have to give mouth-to-mouth, but usually, everything was good.

Why did you seek a Visitation vocation?

I loved nursing with all my heart, but I felt like I needed somewhere that I could allow God just to love me. I wanted a more contemplative life because I know that the doing will come to an end, but the being will never cease to be.

I wrote here and asked them and was happy to be accepted and start my journey here. I've been at Georgetown Visitation since 2005.

What did your family think about you becoming a nun and a nurse, eventually leaving for America and then becoming a superior?

I'm the oldest of four children. One brother is a priest who lives in Norway. Another is a religious brother in Kenya. And my sister is with my mom.

My mother was a midwife. Her mother died when she was born, so [before she was married] she had lived with the Missionary Sisters of the Precious Blood. I think the Precious Blood sisters were very good to her, and she learned from them.

My father has now gone to God, but [when he was young] he went to one of the national schools in Kenya and then to England, where he had a scholarship to study chemistry and physics at Oxford University. Then he went to Australia for his master's degree and came back to Kenya to work for the Ministry of Environment and Natural Resources. He was a very capable person and had a vision.

How has your own faith and spirituality grown at Visitation?

My faith has grown in sharing our common life that is prayer. We walk in silence. Because we are always together, I try listening to God and living his word.

In the details of my daily life, there's grace that comes with living in the Salesian way. Sometimes it's not the way you want it, but I think that's how God molds me: in his own way, not in my way. That's the way he's able to transform me.

How did you learn that you would become the next mother superior?

We were all praying. First, we made the novena of the Holy Spirit and the Mass of the Holy Spirit. Then we had the elections, but nobody tells you. It's not like you know you're going to be the one. God surprises you. 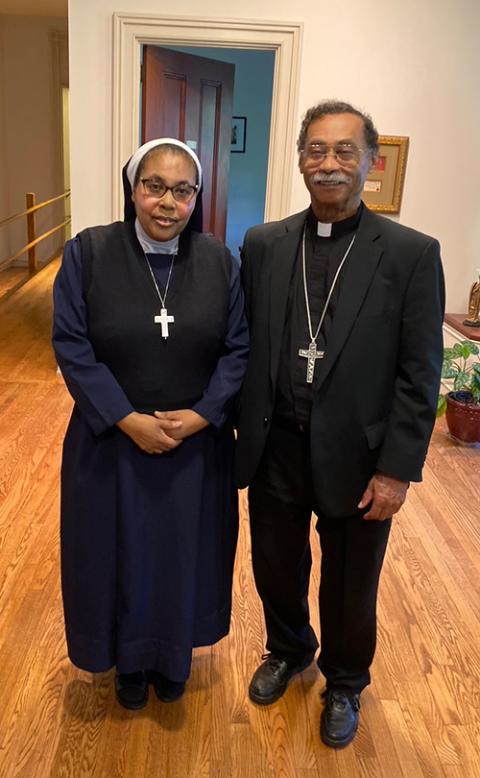 I just found my name there. I knew my name was one among those who [could] be elected, but I didn't know for sure that I was the one. I saw God's hand in that.

I saw that my sisters put a lot of trust in me. What I've been thinking and praying about is that it is a post of responsibility, and it demands prudence. Prayer is the key. And it's my route that I have got to follow because most of the things are brought up at the table.

I asked God, "Help me. Give me the grace to make the right decision and never to regret." And when I put God before me, then I'm at peace.

Did Sr. Mary Berchmans Hannan, a previous longtime mother superior, show you or tell you anything about the role? Or did she say that you should just do it the way God tells you to?

Oh, she was good. I remember, before the election, she gave three of us who are still very young in religious life an eight-month course of leadership in a Salesian way. We would write papers, research, discuss and all that. That was good preparation.

Right now, I do get a sense of what she was trying to communicate at the time, and it's not a path of roses. But it's a part of growth. Every minute is a part of growing spiritually. And, you know, just allowing God to use you in whatever way he wants at these times.

I also got a good sense from Sister Philomena [Tisinger], who was our leader for quite a while. And I experienced the leadership of Sister Mary de Sales [McNabb], and also Sr. Jacqueline Burke, of course.

But I'm not going to compare myself to anybody because comparison is the thief of joy. I'll just be who I am, just as St. Francis de Sales invites us to "be who you are, and be that well."

Have you had any major challenges in doing this role?

Well, like in any other life, I'm always praying for the grace to see the face of Christ in every one of my sisters. I pray to see the good in them and nurture that, and also, I always ask God to have a positive attitude. Attitude is the mother of all actions. I want to be able to support every member and be able to help them in nurturing whatever they're doing.

"I'm not going to compare myself to anybody because comparison is the thief of joy. I'll just be who I am, just as St. Francis de Sales invites us to 'be who you are, and be that well.' "

Interior mortification and cheerful acceptance of life's trials is one of our great austerities. Here, each sister's humility and gentleness magnify the Lord.

The mystery of the Visitation is expressed in the loving support of one another. It is in community living that magnanimity of heart is more important than strength of body.

Has your faith changed in any way during this experience?

I can say it has deepened. Because you see things in the light of faith, and also, my union with Christ has deepened more in the community living, where friendships grow.

Our charism is profound humility toward God and great gentleness toward the neighbor. It's a relational thing because the vertical is from God to the neighbor, to the person that I'm living with.

So I have to start every day with prayer and be intentional. It's in prayer that we are able to just allow God to love us and empower us. What we conceive there in prayer overflows in all that we do. So we are able to deposit the presence of God wherever we go by living intentionally.

St. Francis de Sales wanted us to do that when he gave us our charism, which is very relational. He quoted Matthew 11:29: "Learn from me, for I am meek and humble of heart."

And one of the Visitation sisters, St. Margaret Mary Alacoque, had the revelation of the Sacred Heart. We take on those qualities, those virtues from the heart of Jesus and try to put them in our hearts and live them in our hearts.