Q & A with Sr. Dorothy Ann Kundinger on Sr. Thea Bowman: 'Everyone loved her' 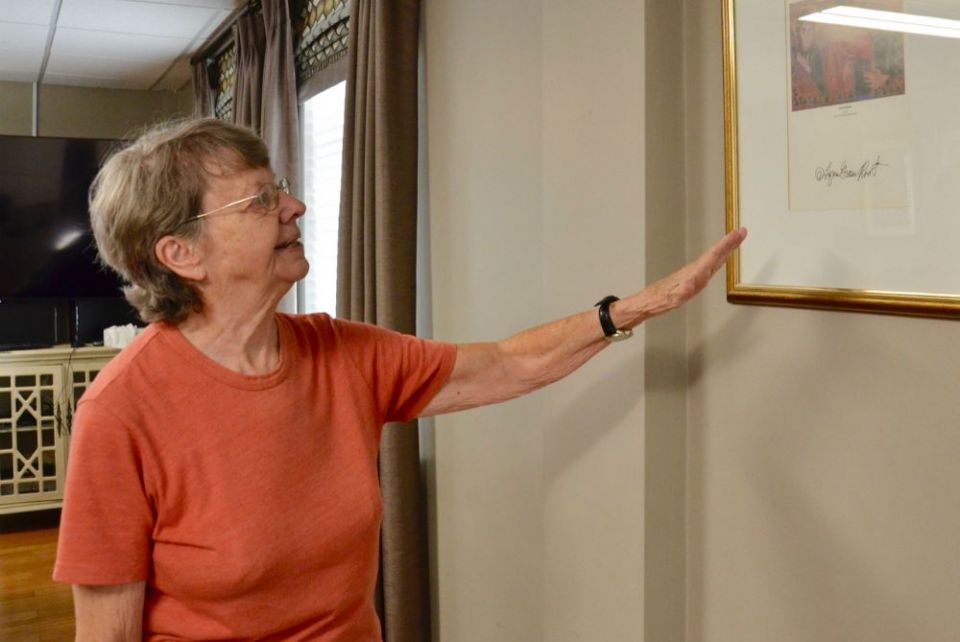 Sr. Dorothy Ann Kundinger, a member of the Franciscan Sisters of Perpetual Adoration, examines the artwork on display Sept. 13 at the Catholic Diocese of Jackson, Mississippi. Kundinger cared for Sr. Thea Bowman, of the same community and recently a servant of God, from shortly after her cancer diagnosis in 1984 to her death in 1990. (GSR photo/Dan Stockman)

Sr. Dorothy Ann Kundinger of the Franciscan Sisters of Perpetual Adoration didn't really get to know Sr. Thea Bowman until Kundinger was sent to Canton, Mississippi, to teach fourth grade.

It was 1979, and the year before, Bowman had moved from La Crosse, Wisconsin, where the congregation has its motherhouse, home to Canton to care for her aging and ill parents.

At the time, Bowman also led the Jackson Diocese's Office of Intercultural Awareness, taught at several Catholic high schools and colleges, and was a faculty member of the Institute for Black Catholic Studies at Xavier University in New Orleans.

They became fast friends, but everything changed in 1984, when Bowman was diagnosed with cancer and Kundinger moved in with her to help with her parents. Both Bowman's mother and father died that same year.

Bowman died in 1990, and on May 15, 2018, was declared a servant of God. Currently, the Jackson Diocese is conducting an investigation to determine whether she lived a life of "extraordinary and heroic virtue." If the tribunal finds in her favor and the Congregation for the Causes of Saints in Rome endorses the decision, Bowman will be declared venerable, two steps from being declared a saint.

Today, Kundinger lives in Jackson and is retired from teaching. She works with a hospice group and volunteers with a group serving those who are homeless with HIV and AIDS.

GSR: How did you come to move in with Sister Thea?

Kundinger: I went to see Thea in the hospital — her mother was in the same hospital at the time — and I said, "What can I do?" She said, "Move in with me and help me take care of my parents."

She had a way of getting you to help. She would say she was going somewhere and ask, "Anyone want to go along?" Everyone loved her.

But her cancer kept spreading, and eventually, caring for her became a full-time job.

After her parents died, she started chemo. By 1988, she was in a wheelchair, and I asked to stop teaching and helped her get around. Even then, she would travel to Kenya or California. She wanted to keep working till she died. She said, "I want to live until I die," and she did. She canceled very few appearances and only at the very end.

I imagine most people didn't know the pain she was in all those years.

The cancer had spread through her bones, and she would plead with people, "Don't hug me," but they would still hug her. They wanted to be close to her.

The fact that a human being could put up with so much and be positive and keep loving the Lord until the moment she died ... 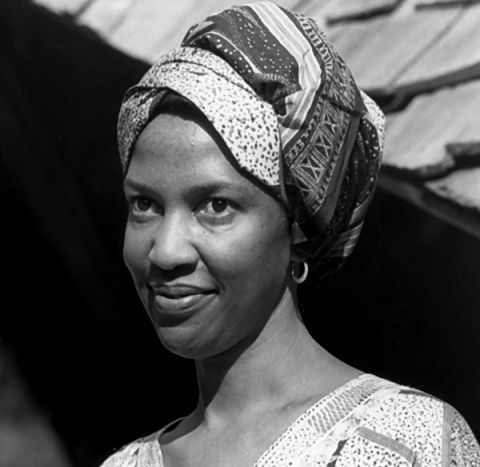 How did you two become so close so quickly?

She was an only child and her parents were older when she was growing up, so that wasn't unusual for her. I wish I hadn't given it away, but one time, at a retreat, she wrote a poem she gave me. It started out, "Only child, lonely child."

And now she's on the road to possible sainthood. But in all those years of being sick, you must have seen her at her worst. Do you think she should be a saint?

Oh, yes. Her wonderful acceptance of everyone — kids, Muslims, everybody. There was no greater honor, experience or blessing than to be with Thea when her mother died, when her father died, and when Thea died. Just to be in the same room, in the same house — I don't know what to say about it. She's my sister and my friend.

Q&As | Q & A with Sr. Dorothy Ann Kundinger on Sr. Thea Bowman: 'Everyone loved her'

Q & A with Sr. Anna Koop, a Catholic Worker ministering to Denver's homeless

Q & A with Sr. Monique Tarabeh, praying for family in Syria