Q & A with Therese Stawowy: 'I want to keep feeling that discomfort with white privilege' 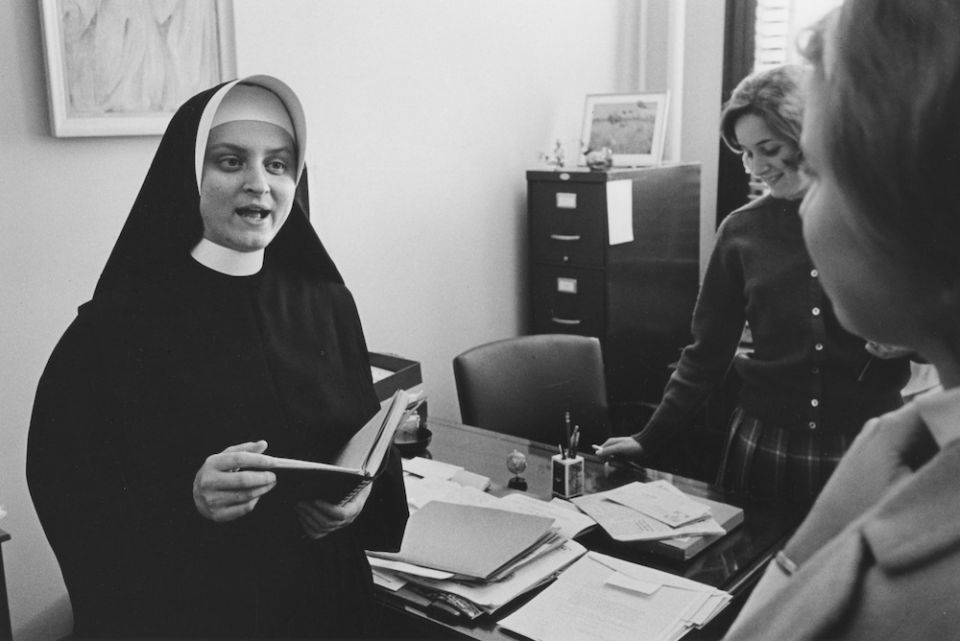 Therese Stawowy in the 1960s, when she was a Sister of Loretto teaching at Webster College (Courtesy of the Webster University archives)

Editor's note: For the next few months, Global Sisters Report will feature biweekly interviews with Catholic sisters and former sisters who worked and/or marched in Selma, Alabama, in 1965. They were featured in the 2007 PBS film "Sisters of Selma: Bearing Witness for Change" by Jayasri Hart, and we wanted to give them an opportunity to share their thoughts about current racial events, protests and Black Lives Matter. GSR invites any sister or former sister involved in Selma in 1965 to be part of this Q&A series. Email Carol Coburn at Carol.Coburn@avila.edu if you would like to be interviewed.

Decades before social media made internet trolling a common practice, Therese Stawowy knew what it was like to receive virulent hate mail from known and unknown sources.

In the days following her participation in a voting rights march in Selma, Alabama, in 1965, Stawowy, then a Sister of Loretto, received daily mail containing praise from friends and strangers as well as insults, many from anonymous sources.

Stawowy read one of the anonymous letters aloud in the 2007 PBS documentary "Sisters of Selma: Bearing Witness for Change": "No, I won't call you sisters because you have disgraced and [dragged] that precious habit, and supposedly holy robe, through the dirt and filth while leading a mob."

"After that march, I received many hate letters, some from friends and members of my own Community," she wrote in a reflection for the 50th anniversary of the march from Selma to Montgomery.

"For me, it was the right thing to do and I would do it again."

Stawowy was teaching sociology at Webster College in St. Louis, Missouri, when, a few months before Selma, she began an "experimental community," moving into the inner city of St. Louis with another sister and some of her undergraduate students. 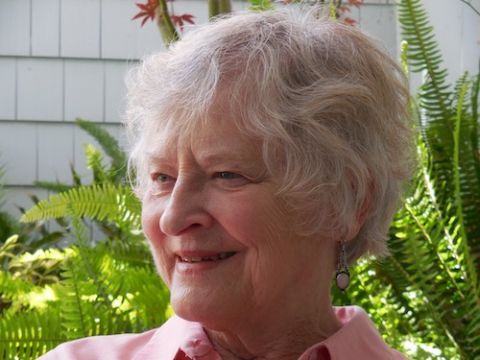 On March 7, 1965, known as "Bloody Sunday," peaceful protesters were viciously attacked and beaten, and evening news broadcasts beamed the carnage across the nation.

Stawowy was shocked with the injustice, and "it rattled my mind, my conscience." Three days later, she was one of six Catholic sisters to fly with clergy and laypeople from St. Louis to Selma, participating in the first national public protest ever attended by nuns.

"As I reflect upon that today, 50 years later, my heart is beating as fast as it was the day of the march as I can still feel the tension and see the faces of the people who lined the streets of rural Selma," she wrote in her anniversary reflection.

A few years after Selma, Stawowy left the Loretto community but has continued as a co-member for over 50 years, staying involved in social justice activities. She calls the Sisters of Loretto "a group of marvelous people who changed my life."

She moved to California to teach and supported her students involved in nonviolent protest. Now retired, Stawowy continues work on an educational outreach program for adults.

Stawowy: In 1965, when we went to Selma, it was the question of voting rights. That was just one issue: denying rights for people of color. Now, in 2020, we're fighting for rights and dignity of all. Yes, voting rights passed, and I was so hopeful that that would move us along, but obviously, it didn't. Today is different. John Lewis said we've got to find a way to get in the way. That's what we're still trying to do so people will hear that not all of us are equal.

In 1965, we thought it was going to change. Now, [the Black Lives Matter movement] has become worldwide, and we are more conscious of our past betrayal of not speaking earlier. The church has been so silent about this — an uncompromising acceptance. The worldwide action makes me much more optimistic. I feel we're still a society of silence, but we are rocking the boat more. I feel we're not going to sink this time.

What did you learn in Selma that would be helpful today?

I learned to listen.

Living in the inner city of St. Louis, I learned how to be strong. I learned it was important to feel the discomfort with all my entitlement as a white person. That helped me: I learned to live with that uncomfortableness.

I remind myself of all the people who have to be uncomfortable all the time, always on watch, and I don't have to be.

In Selma, I remember looking at the faces of all the people who couldn't come out to march. Their faces were so terrified and seemed to be asking: What will happen next? How will this change?

I ask myself what we did in Selma. Did that do anything to help things change today? I think we are listening more, finding a way to get in the way. We're recognizing that change depends on our actions. We don't want another "silent betrayal." I see that as a change.

What would you say to young Black Lives Matter activists? What advice would you give?

I would say: Our time is now. We need to seize what is before us. It is time to not leave things as they are, but as they ought to be.

I would tell youth: You are on a search, and the search is gold. You need to polish the gold. You are our legacy. I believe in the youth of our county, who will lead us forth.

Do you feel we're at a tipping point? What are the most important priorities for change in 2020?

I'm an optimist, so I really feel change can happen, but it depends on our actions. We need to go forth with that belief. And I know that in my mind, I want it immediately, and I want it to go on as far as I can see. But I'm also a realist, and I know that like most humans, after a few years of struggle, many of us may not remember what took place. Unfortunately, all that brutality has happened and will happen again.

I'm no magician. I can't look into the crystal ball, but I do hope there's change in the air. And I think there is a lot of room for change, so we just need to be strong enough to build on that foundation of strength.

My priorities are that people listen and realize that when we say we are a country of equals, that we need to learn how to make it real, that all of us are equal. We need to not be afraid, to speak out more and act on our feelings of justice. We need to act for peace.

What is the role of legislation in the fight for equality?

Obviously, legislation has to be a part of it. But it is not the essential part. We used to believe that laws move us forward once they are implemented. Now, I think we have to push harder. We have to be more a community of actions. We've relied too much just on the law.

And look at our present situation. This pandemic has given us the chance to know what it is to be good to one another. It all sounds simplistic compared to legislation, but to me, that is real. We sometimes miss the obvious. The law of Jesus to love one another is viewed as dangerous because it is hard to do.

What role should religious communities play in the 2020 movement?

Religious women are going to be and are already leaders in our church: unafraid to speak, knowing there's a cause and going forward anyway. Many sisters no longer participate in a culture of silence. That, I definitely see. I am so proud of women religious because they make all of us feel strong and unafraid. I hope we've learned that we need to be open to others and learn from others to help us move into that world of nonviolent conflict.

Sisters have been out there, working tirelessly, not willing to accept the status quo. Obedience is not the way. We're the ones that know you have to feel it in your heart and make this real in the world.

Personally, I want to keep feeling that discomfort with white privilege. I want to feel uncomfortableness, to understand what people of color had to endure that I have never had to know. I want to feel that and challenge myself; not beat myself up, but I want to stay conscious that we are living in a time when our justice system is threatened. I want to do something about this and be silent no more.

I recently saw that picture of us walking in Selma, and tears came to my eyes. I kept thinking, "That's as it should be. Tears should come to your eyes, even after 50 years." That means I have a lot more to do, and I want to do it.

Jayasri Hart [the producer and director of "Sisters of Selma"] was an outstanding person in my life and brought so many aspects of culture into the Selma experience that I wasn't even aware of. There is so much to say, so much to do.Finally, this pandemic and Black Lives Matter have taught me so much about myself, how to be there and show love to one another like we've never shown before. We know how to fight the battle. We just need to keep it going.

Q&As | Q & A with Therese Stawowy: 'I want to keep feeling that discomfort with white privilege'

Q & A with Sr. Linda Roby: The richness of the Deaf Catholic community